‘ecotone’ is the latest project by duncan lewis scape architecture, that intends to be europe’s largest timber construction. located in the coteau area of southern paris, the substantial proposal is designed to function as a multi-use space comprising offices, hotel, restaurants, shops and sports hall. named after the biological term for the transition zone between two ecosystems, ‘ecotone,’ the central concept of the scheme is to become a link and interface between the city and nature. 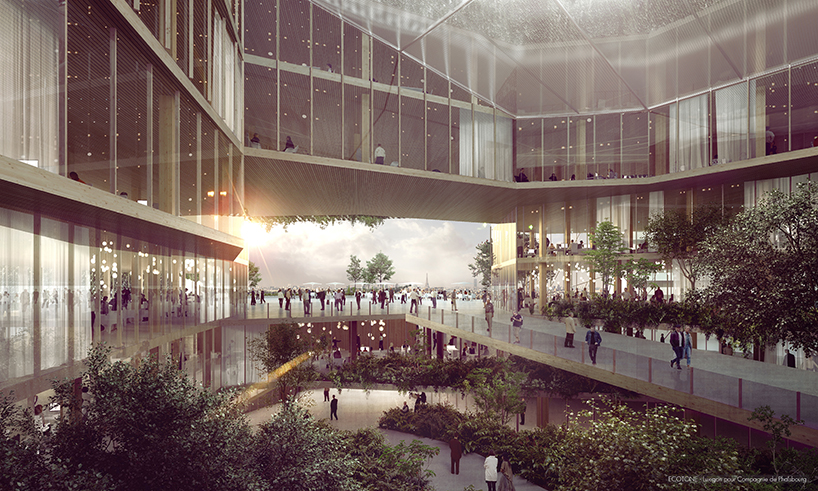 the structure by duncan lewis is conceived of two hills that combine trees and the timber construction. the building takes on the form of a massive staircase with numerous terraces and patios that invite daylight into work and social spaces. an abundance of greenery is used throughout the design to forge a connection to nature and reflect the sustainable aspect of the build. large amounts of glazing are also implemented to gain light and create openness and transparency from one space to the next. 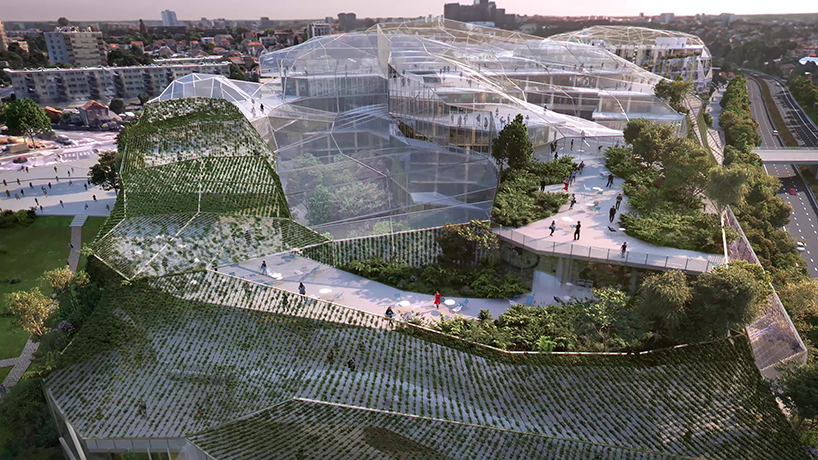 the architect’s design, and use of timber construction, envisions paris as a future sustainable city. during the current global ecological crisis, ‘ecotone’ aims to become an emblem and signal of the commitment of paris and its metropolis to tackle environmental issues. the overall concept and design has taken inspiration from nature resulting in a proposal that reimagines how cities are designed and creates a positive vision for the future of our urban environments. 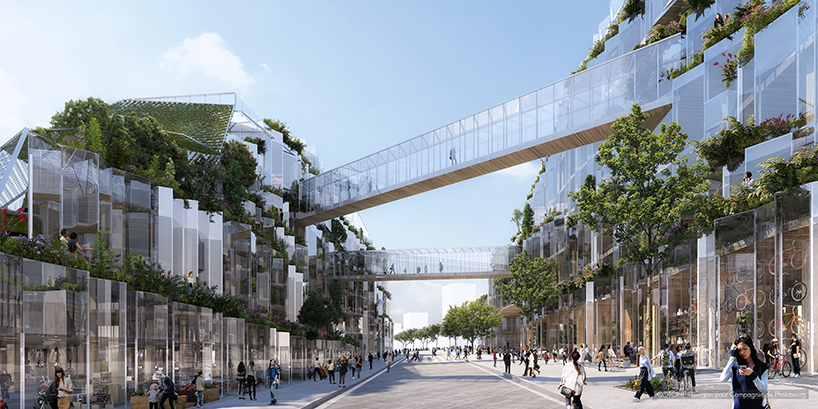 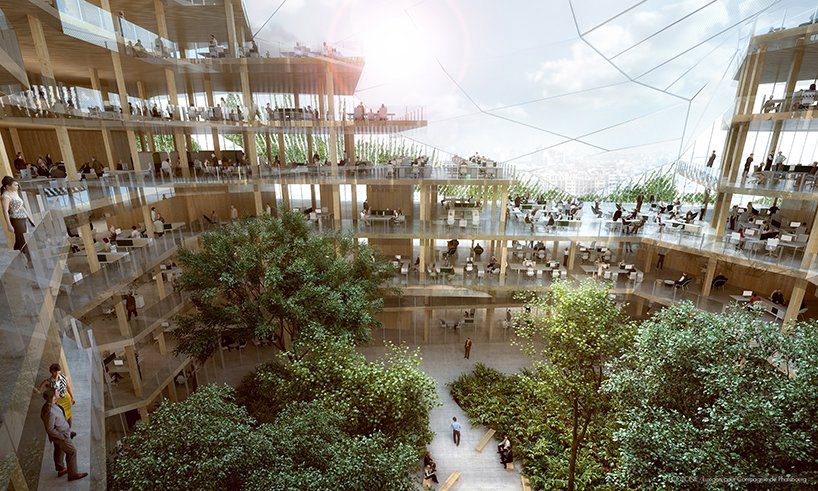 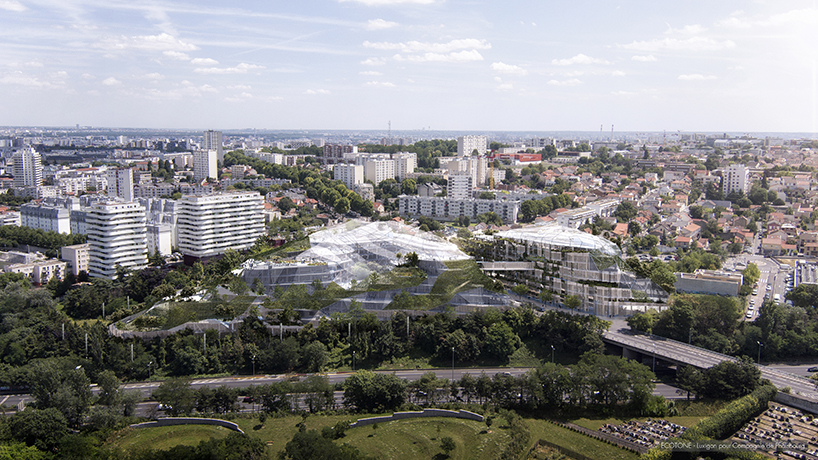 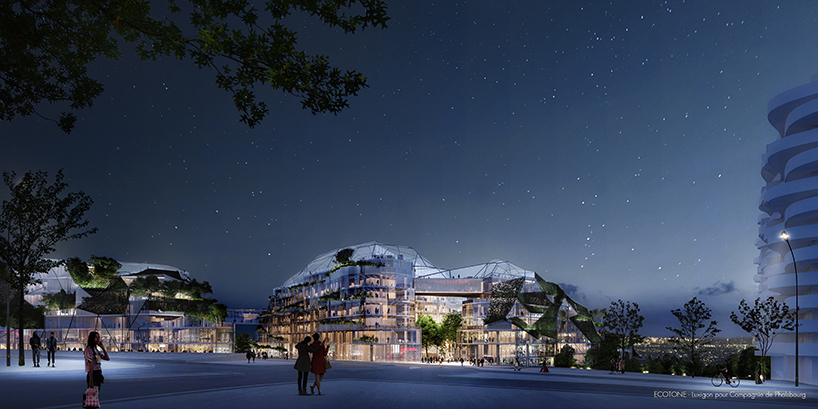 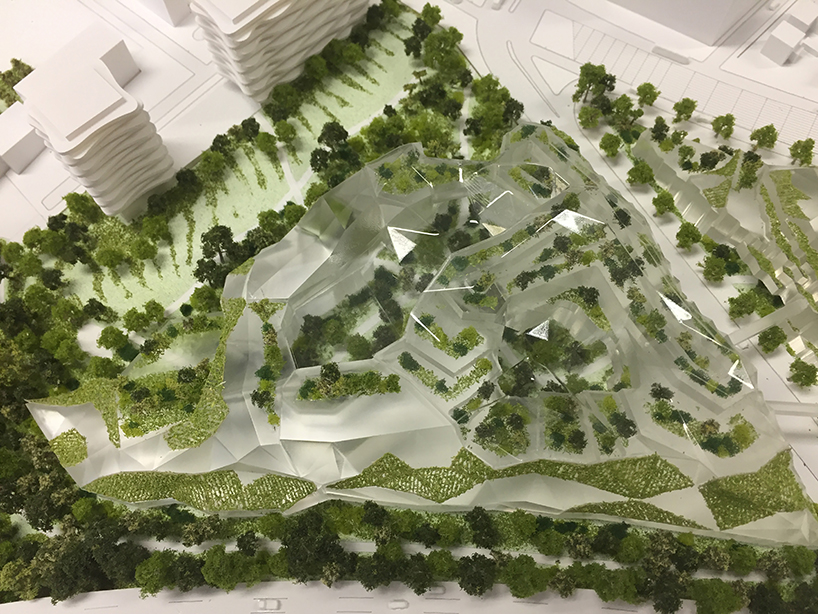 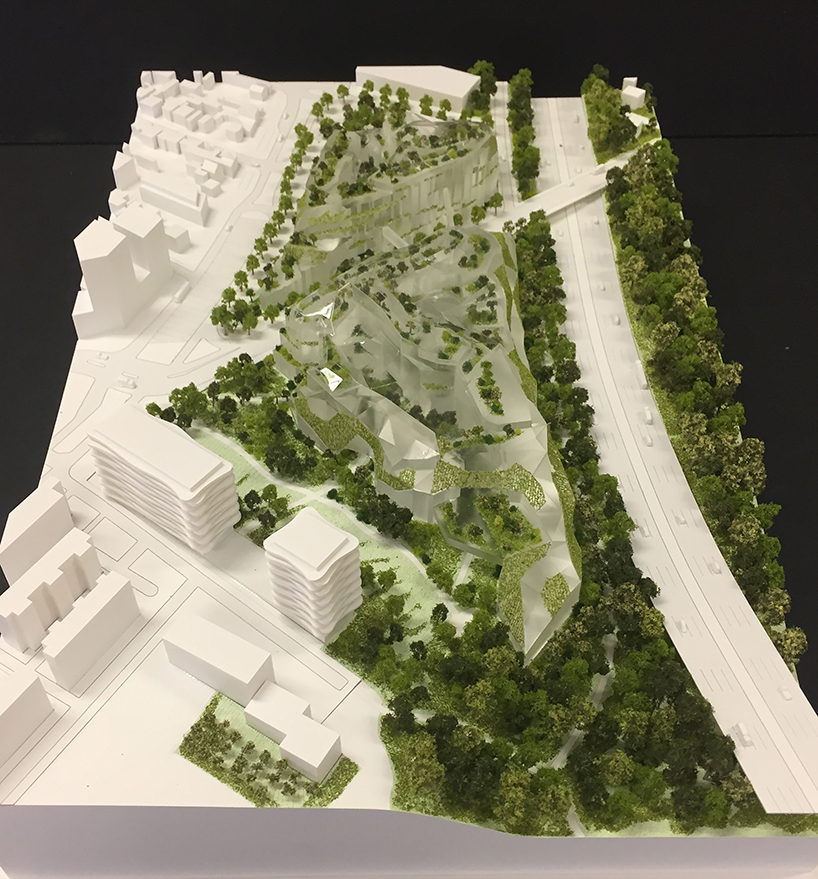