The rainy climate in Bergen, Norway, was the basis for the blue-tinted interiors of the Zander K hotel designed by Stockholm studio Claesson Koivisto Rune. 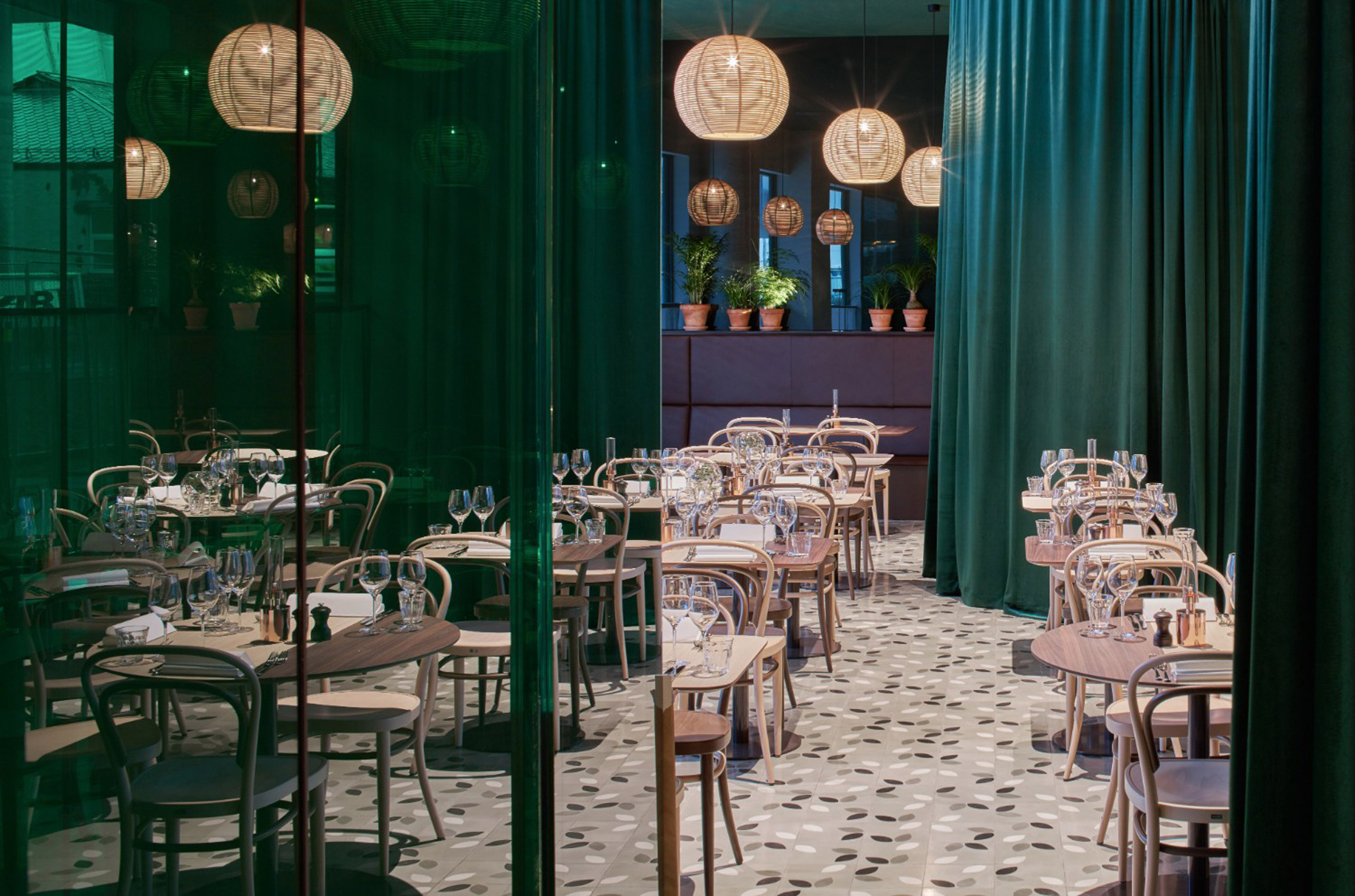 The 249-bedroom hotel was formerly a bike shop and car park, dating back to the 1920s and 1930s respectively. The studio has now combined these buildings together, adding an extra two floors and painting part of the exterior a deep shade of blue. 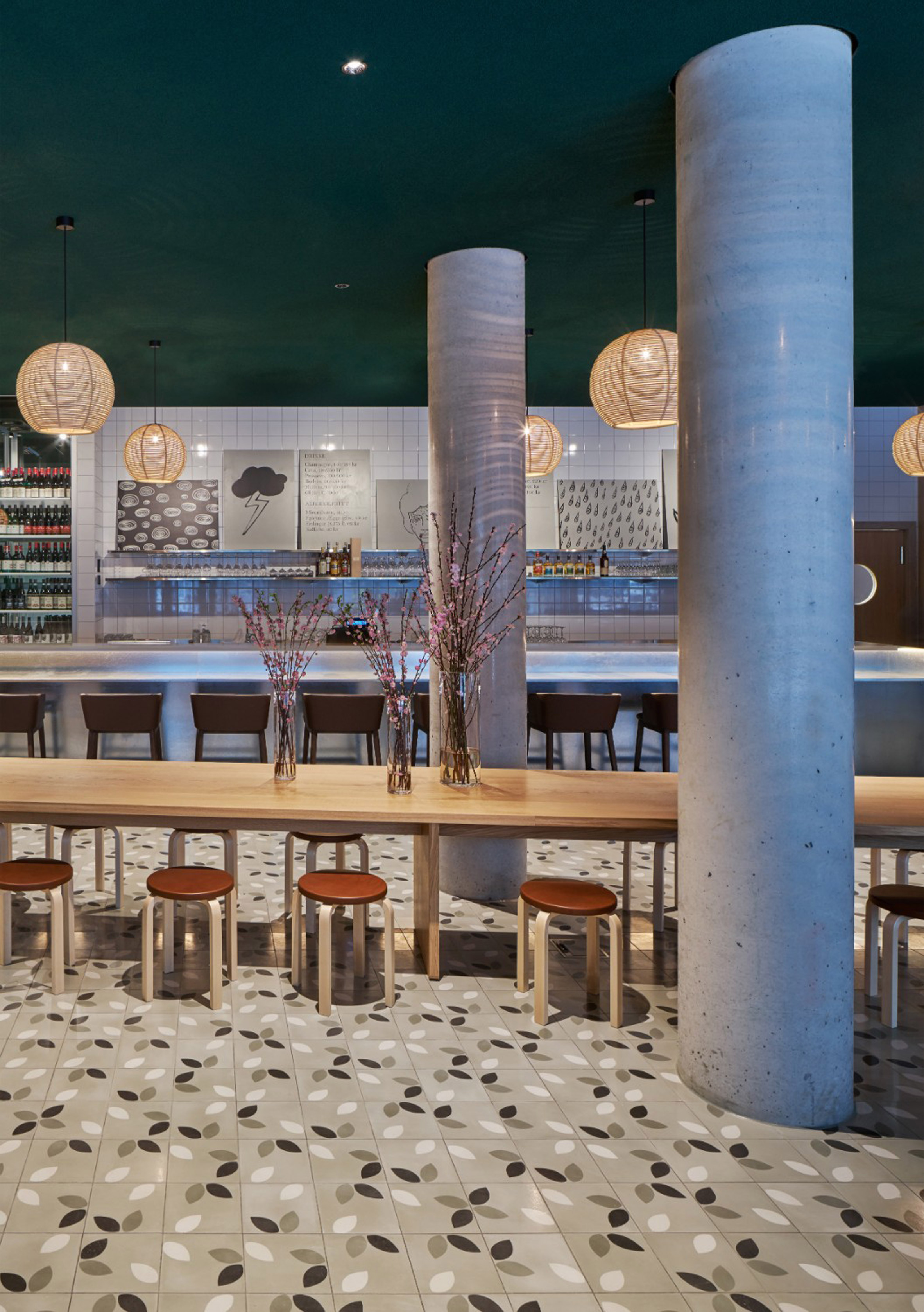 Claesson Koivisto Rune partnered with Swedish illustrator Jesper Waldersten to design a series of rain symbols, which have been incorporated throughout the hotel – as a reference to the area’s inclement weather. 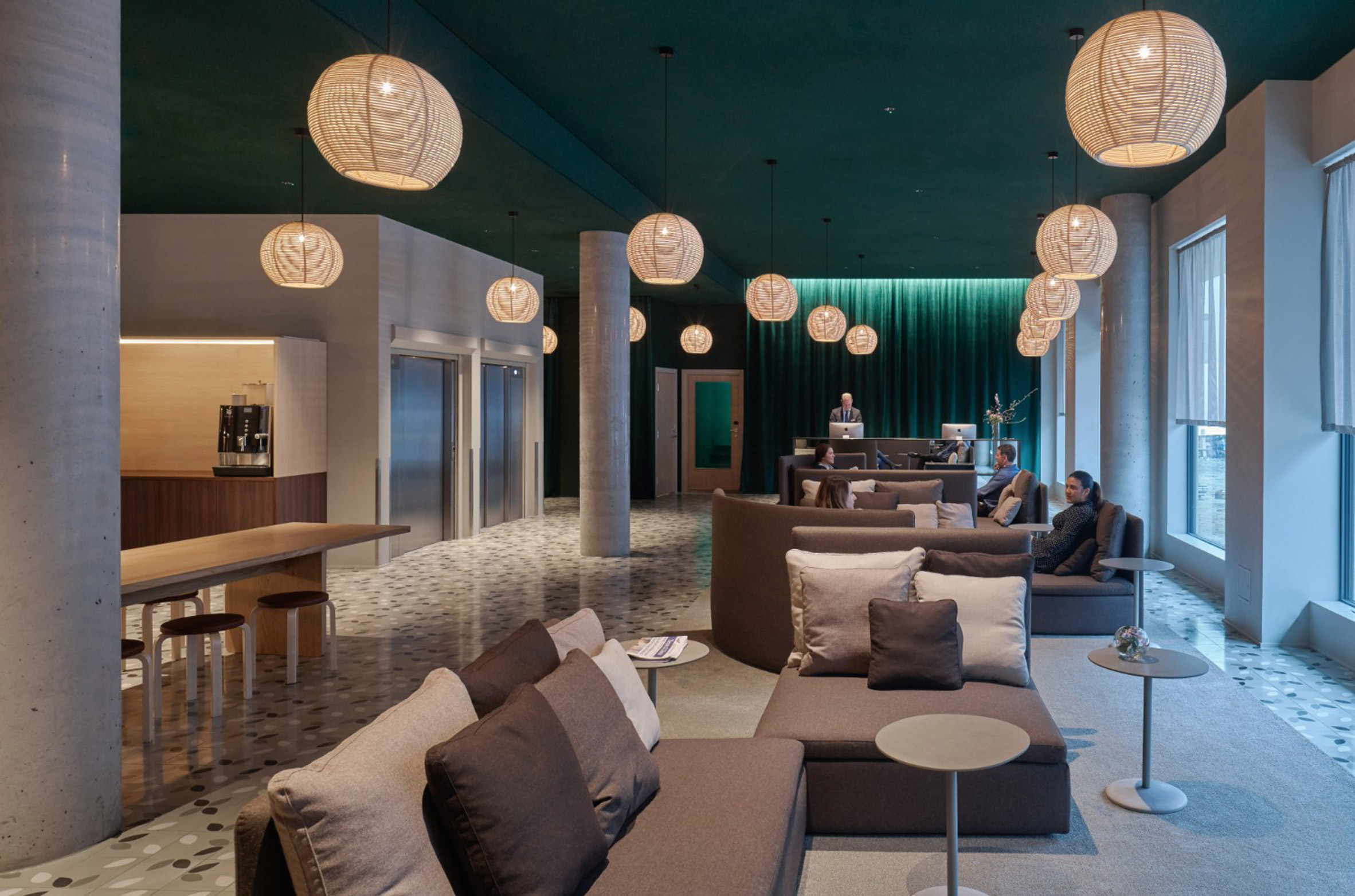 This includes water-themed postcards, as well as semi-transparent curtains patterned in raindrops, allowing guests to enjoy a downpour even if it’s dry outside. 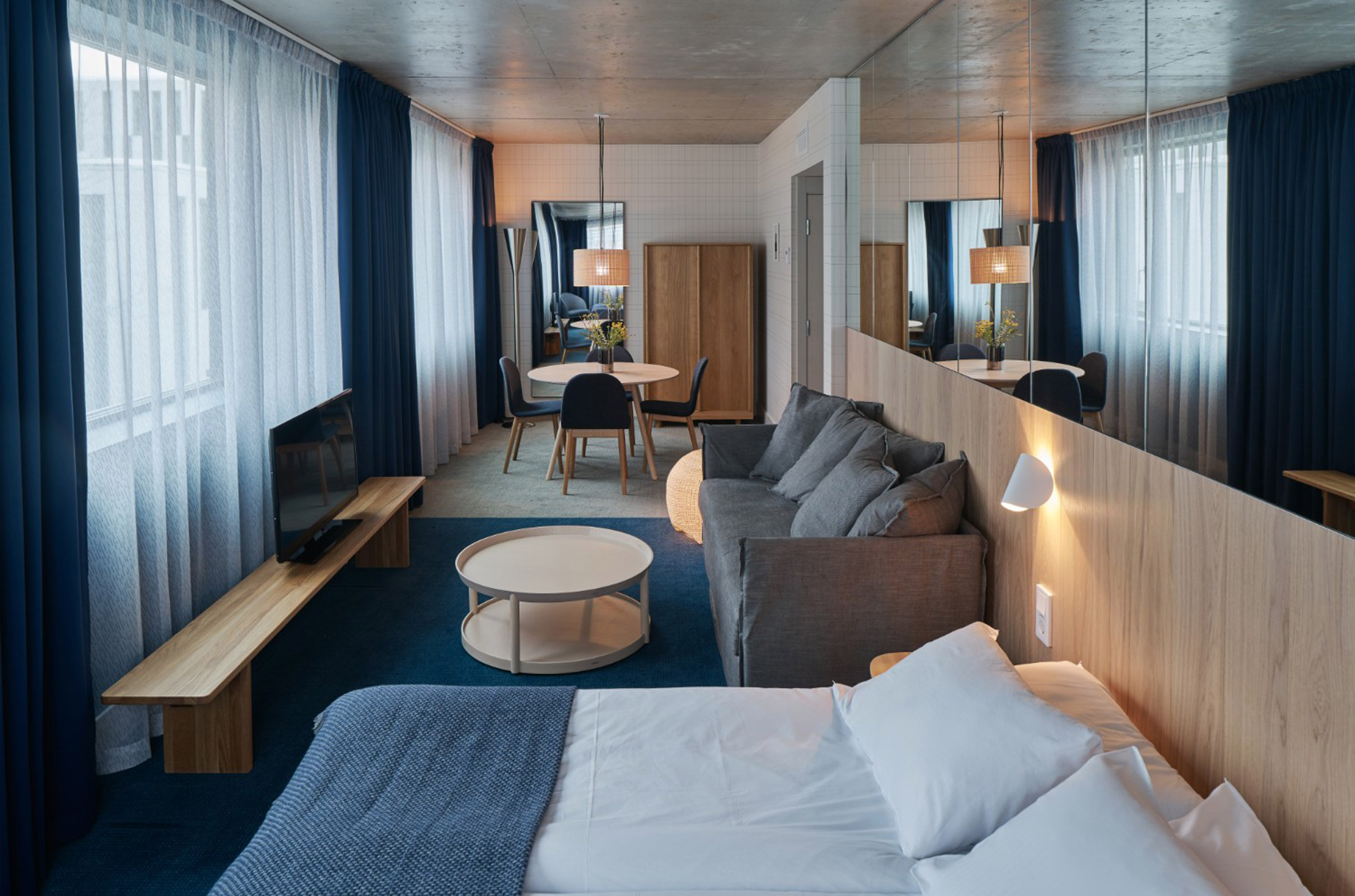 “Bergen is world famous for its yearly rainfall – you almost expect it to rain when visiting,” said Eero Koivisto. “The truth is that even if it rains often, it’s usually for a very short time. there’s a lot of sun as well. We thought that by embracing this well-known fact we would introduce a unique angle to the project.” 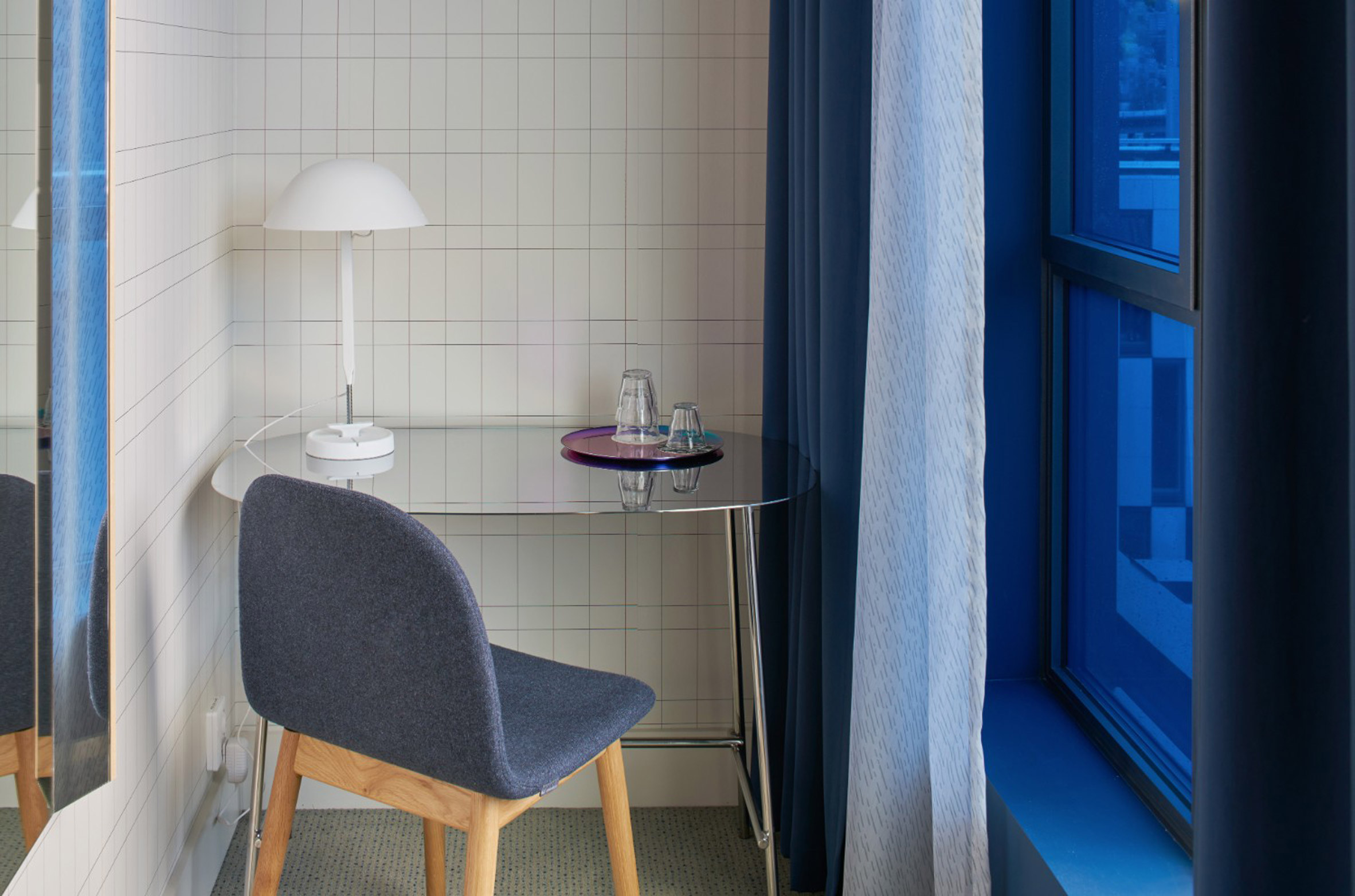 The hotel is part of the same group as Bergen’s Villa Terminus, which Claesson Koivisto Rune also recently refurbished, designing bright interiors that feature a mix of several design periods. 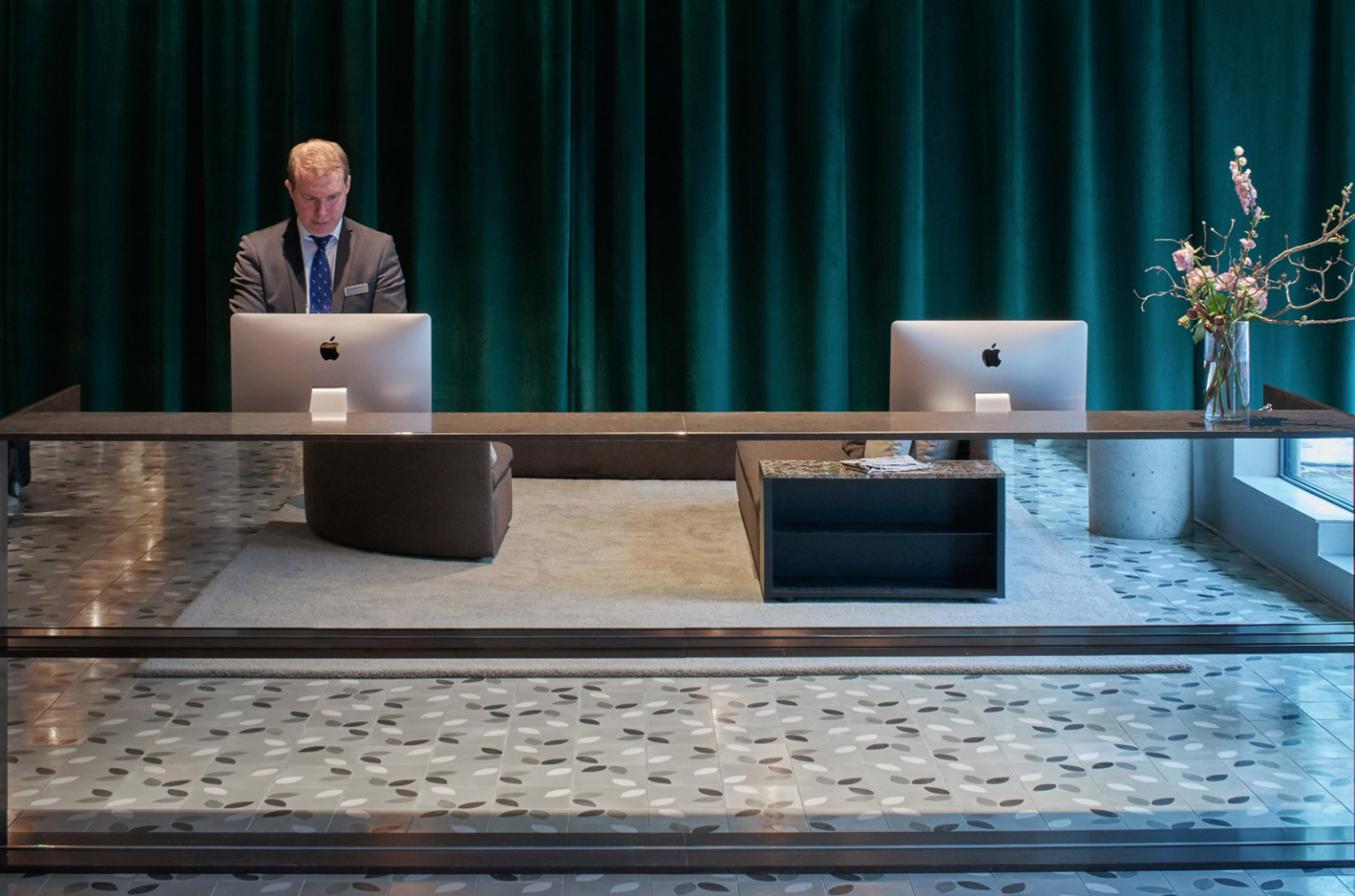 The Zander K is decked out in blues whites and greys, with locally sourced wood, exposed concrete, and polished marble details.

The studio selected Arne Jacobsen lighting, as well as designing and making furniture specifically for the hotel – including mirror-finish stainless steel desks, and two-tone bedside tables. 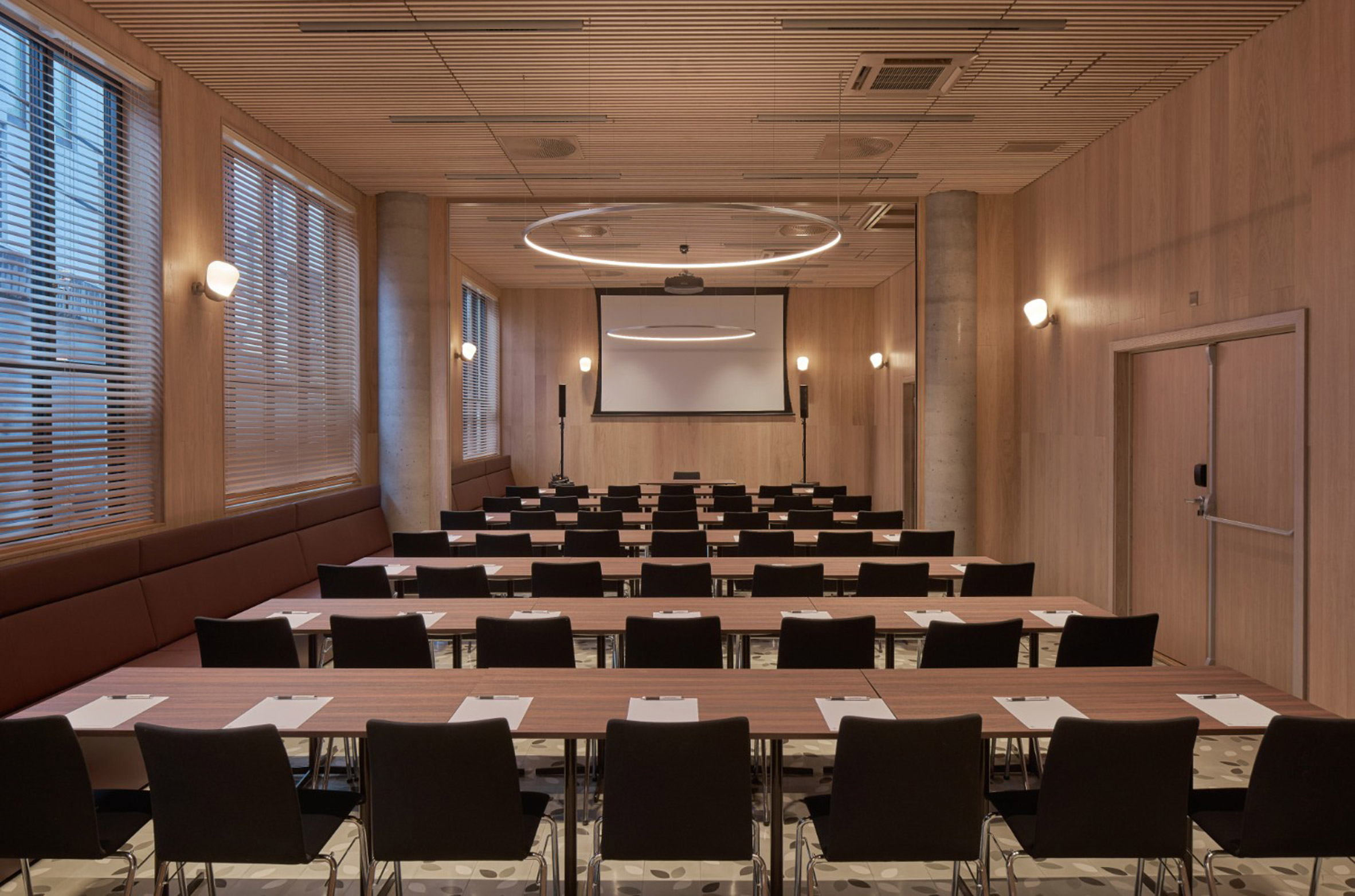 Bedrooms feature grid-patterned wallpaper, and the hotel’s restaurant, which features green glass and velvet, is covered in a leaf-patterned floor. Dining tables are accompanied by steam-bent Thonet seating in contrasting woods. 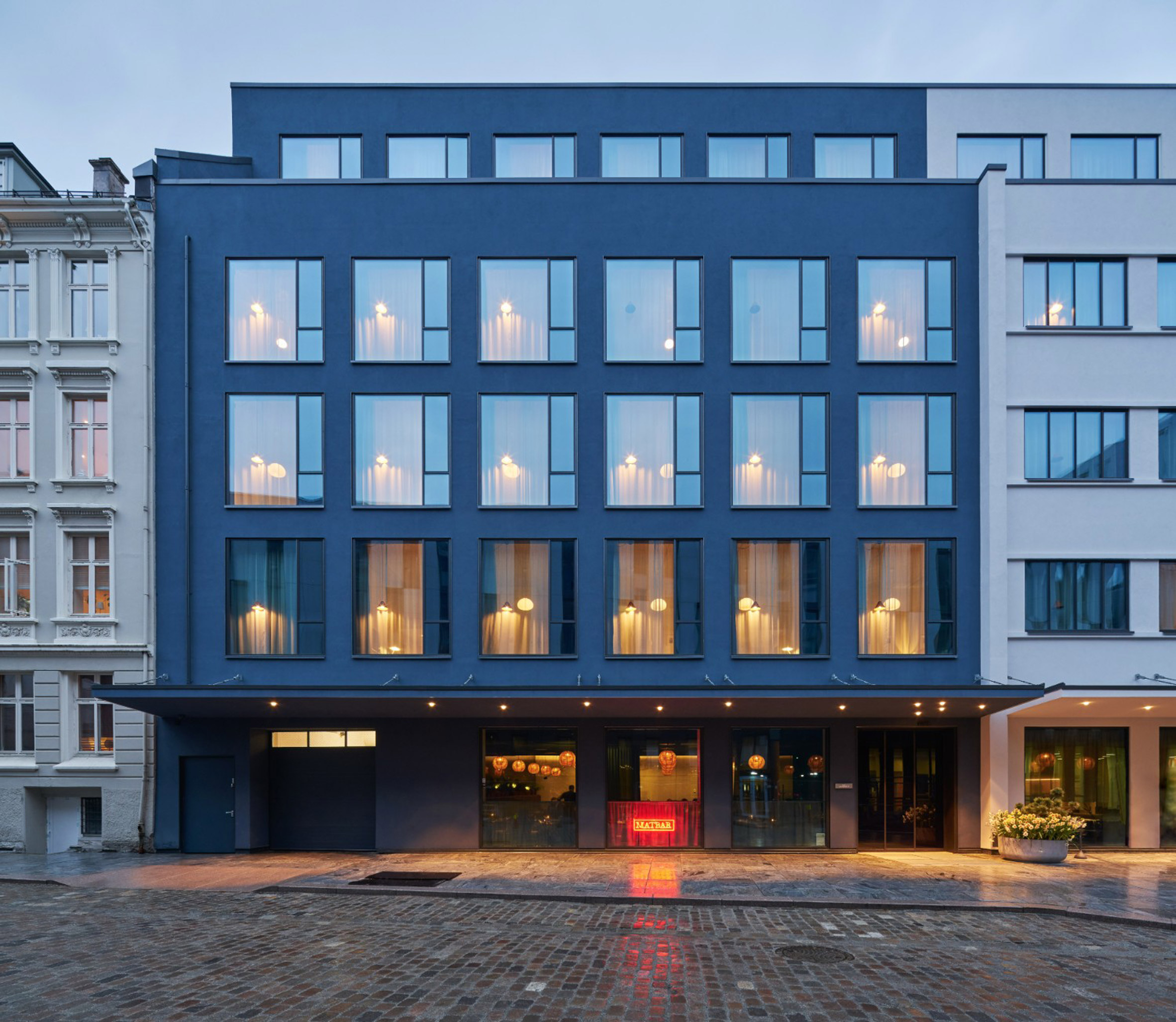 Claesson Koivisto Rune, which was founded in 1995 by Mårten Claesson, Eero Koivisto and Ola Rune, works on interior projects as well as furniture and product design. It has designed reflective disc-shaped lights for FontanaArte, and a vibrating massage pillow based on the shapes of pebbles found on Sweden’s beaches. 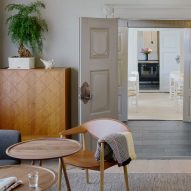