Italian architect Carlo Ratti has transformed a Turin building into an office space with a personalised “environmental bubble” for every worker. 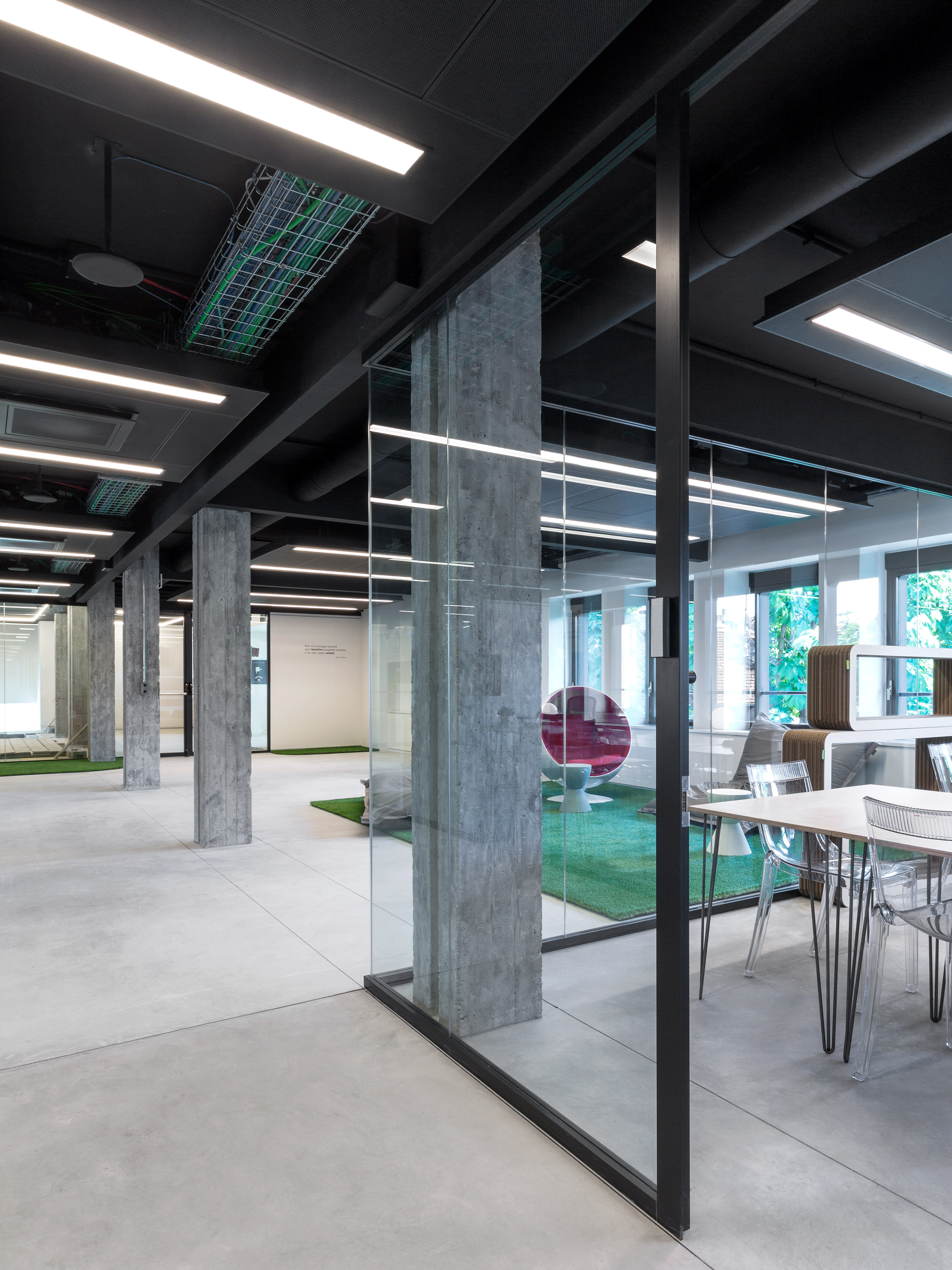 Office 3.0 – first previewed in plans in the middle of last year – is the new headquarters for the Agnelli Foundation cultural institution in Turin, Italy.

Ratti’s firm, Carlo Ratti Associati, renovated the foundation’s 20th-century home in the neighbourhood of San Salvario to turn it into a contemporary office that is part of the Internet of Things, with a thermostat that automatically adjusts to its employees’ wishes. 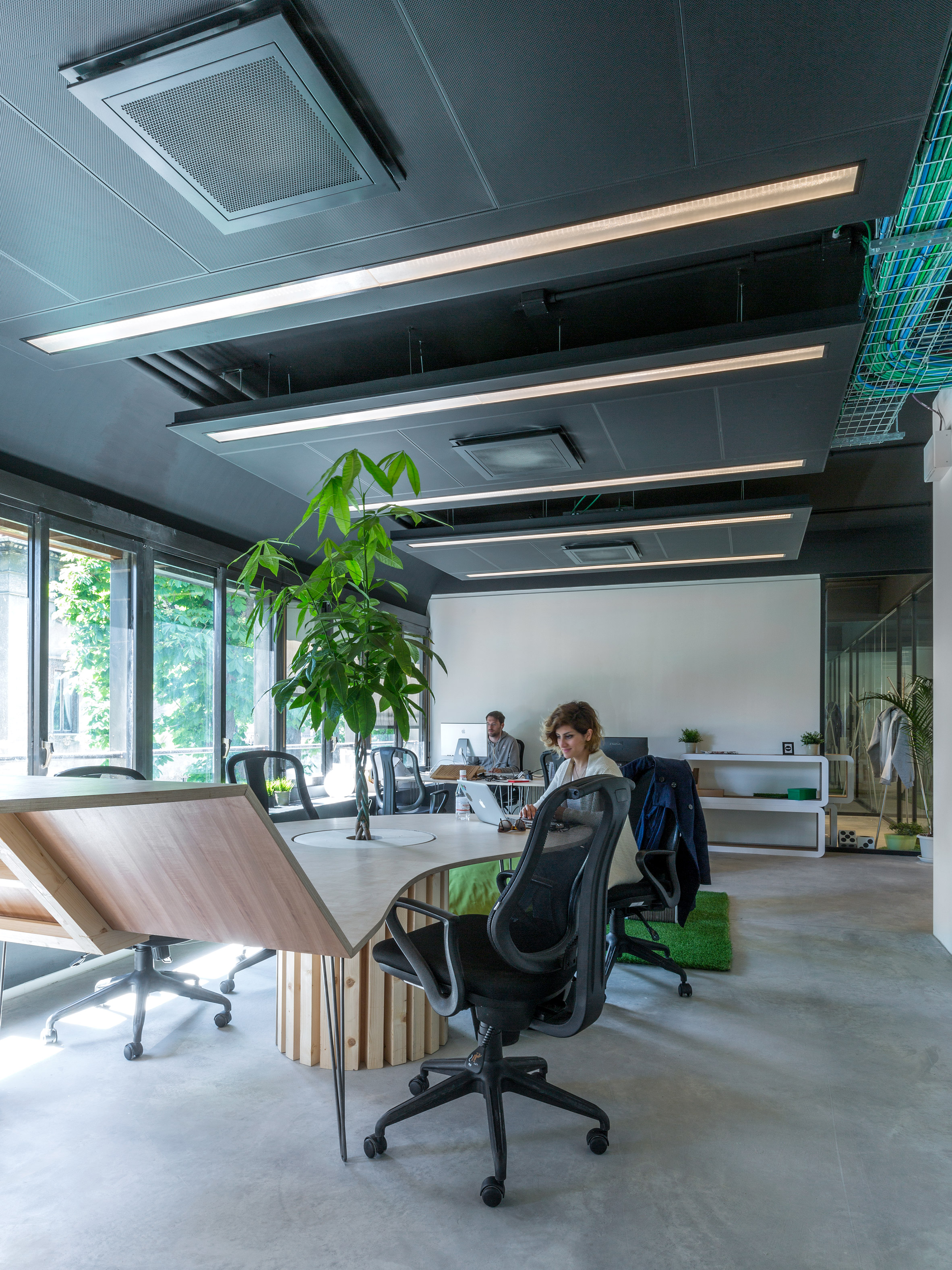 Office 3.0’s heating and cooling – as well as its lighting – can all be personalised to individual preferences, creating a little environmental bubble for each worker that then “follows” them from room to room.

The system is based on hundreds of WiFi-enabled sensors that collect data relating to occupancy, temperature, carbon dioxide concentration, and the status of meeting rooms. 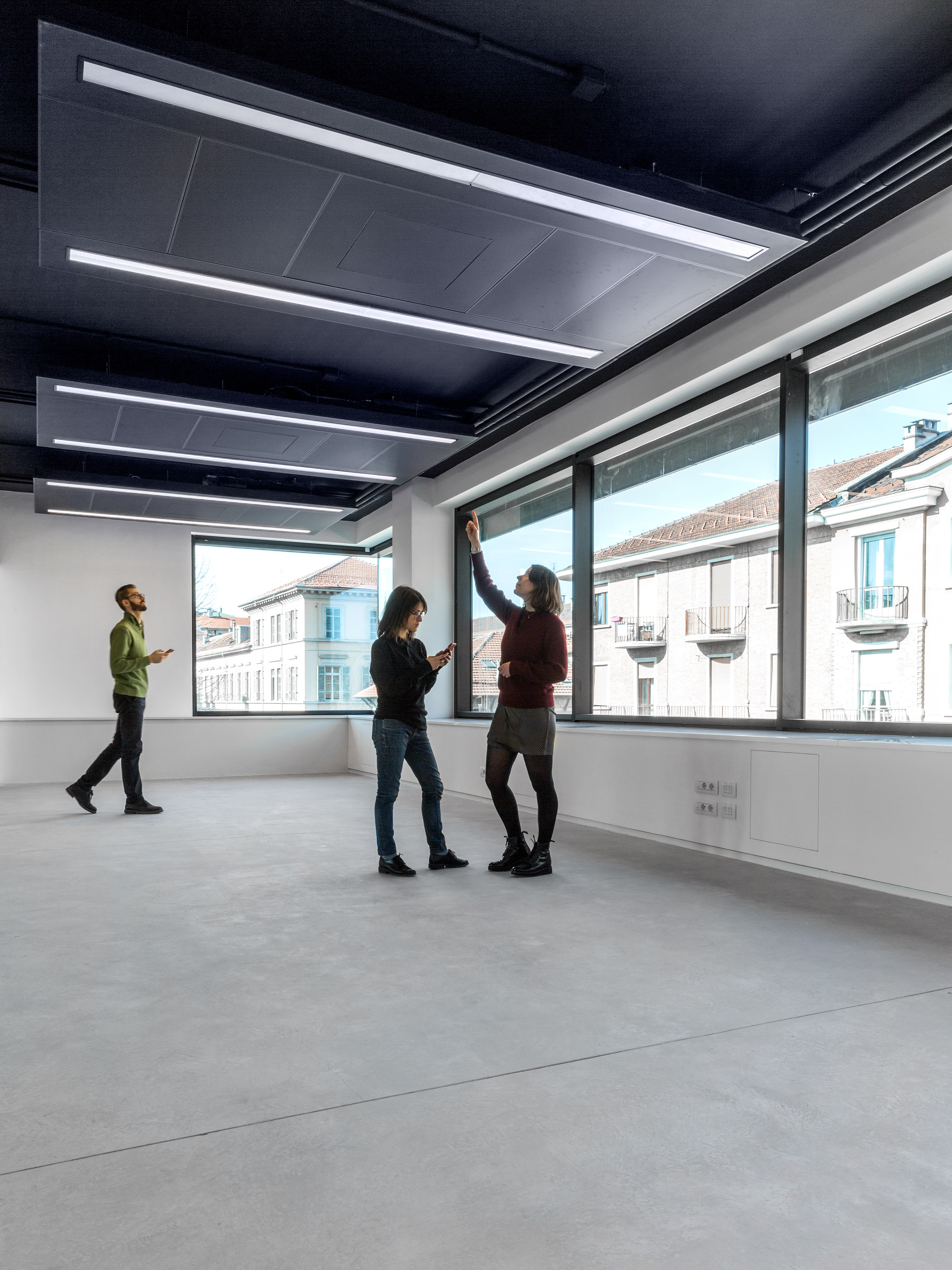 By tailoring the heating and lighting to the needs of individuals and groups, the firm believes the office could cut energy use significantly, as well as avoiding what Ratti calls “thermostat wars”.

“As work has become increasingly digital, why should we bother to go into the office?”, said Ratti, who is also director of the Senseable City Lab at the Massachusetts Institute of Technology (MIT). “The key answer to that question lies in human interaction.” “The central idea behind the Agnelli Foundation project is that by seamlessly integrating digital technologies within the physical space, we can forge better relationships between people and with the building they inhabit, ultimately fostering interaction and creativity.”

In addition to controlling heating, cooling and lighting, the app also allows users to book spaces and facilities within the building, such as meeting rooms and shared desk space.

Because the app knows its users’ locations, workspaces can be suggested on the basis of both proximity and availability. Office 3.0 occupies a historic building in Turin. Ratti’s teams worked with the Fiat Chrysler Automobiles group, which has close ties to the foundation, on the project.

The building includes a co-working space for 350 digital workers – an office model becoming increasingly popular across large businesses as well as small startups. 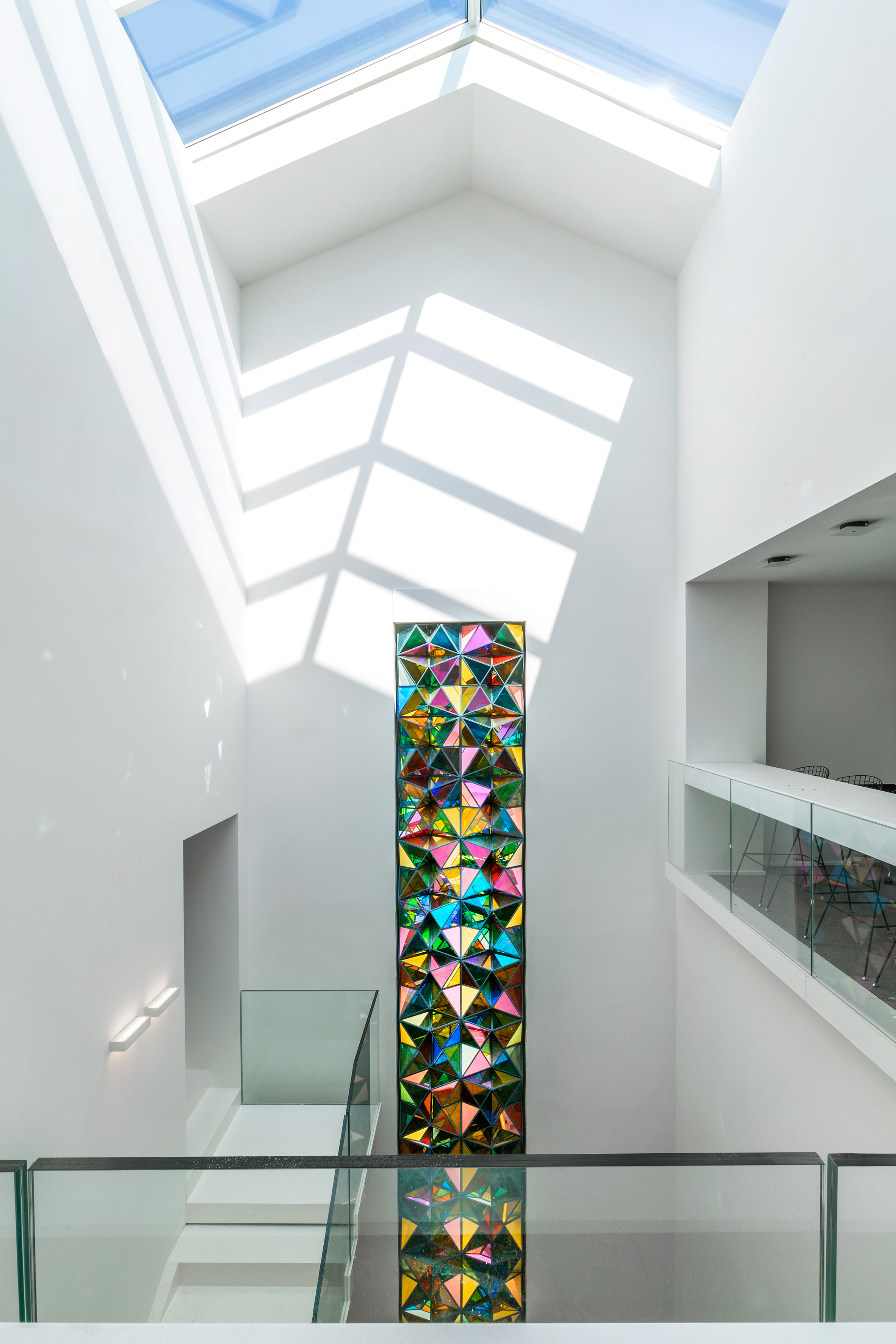 “Such a progressive mix of professionals of all ages, backgrounds and responsibilities – from students to C-level executives of Fortune 500 companies – would have never happened just a few years ago,” said Ratti.

In terms of the rest of the fit-out, Ratti was keen to “open up” the office space into the city, adding a large glass volume that hosts a cafe and an expansive skylight that illuminates the building’s staircase. Landscape architect Louis Benech, who previously worked on the Tuileries gardens in Paris and the Water Theatre Grove at the Palace of Versailles, has created an orchard that surrounds the building.

Ratti’s other work with sensor technology has resulted in a ceiling-mounted installation that directs personalised “clouds” of water vapour at anyone walking beneath. The architect previously launched the “world’s first Internet of Things sofa” – a system of smart modular seats that can be adjusted with an app or hand gestures into different configurations.