Windows are recessed into the pink brick facade of this residential building, which New York architects Robert Marino and Leehong Kim have designed for a slender plot in Upper Manhattan. 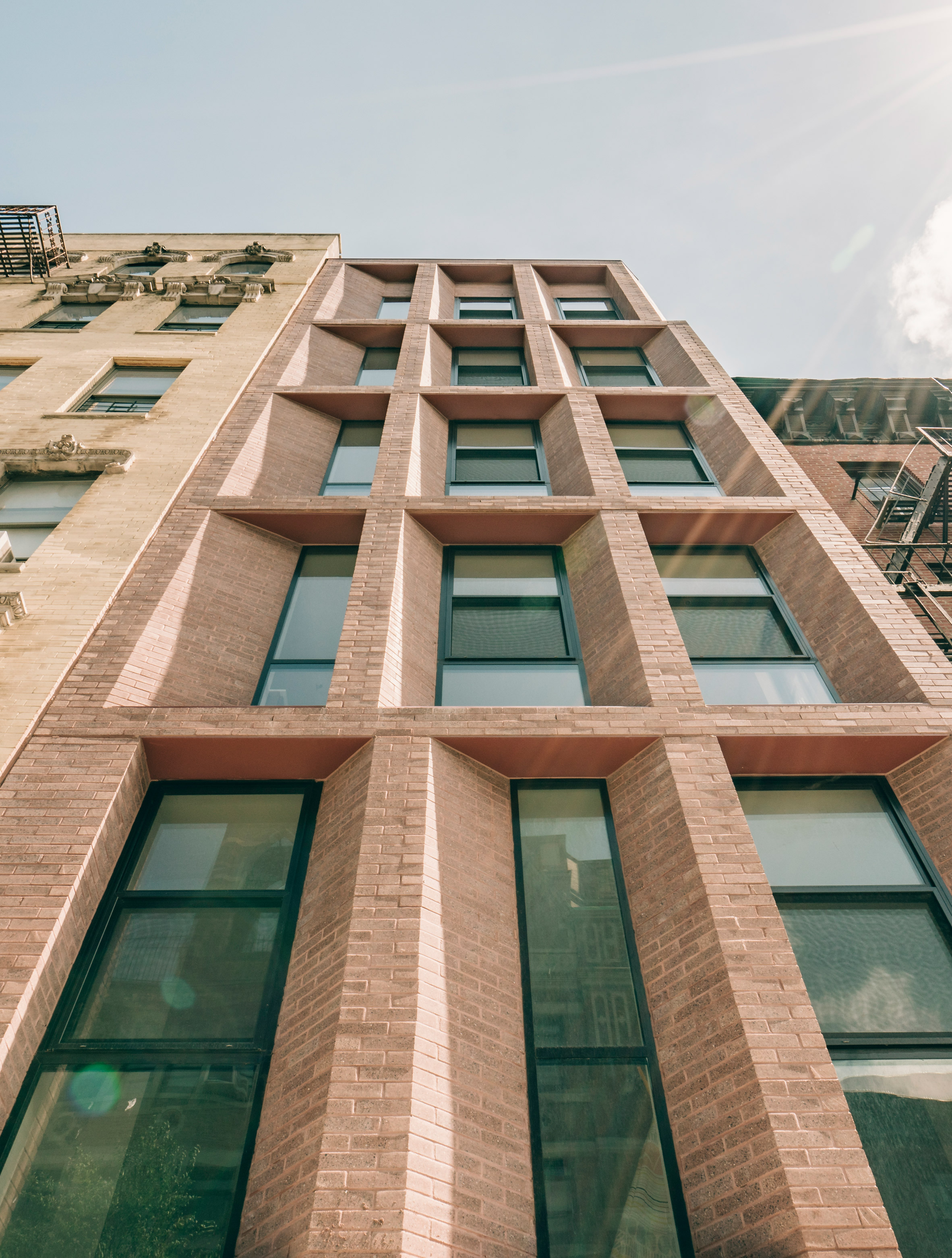 Robert Marino Architects and Leehong Kim created the indented and angled facade of the six-storey building from five different types of the pink-tinged brickwork, which is made with iron ore to give it a “glossy finish”. 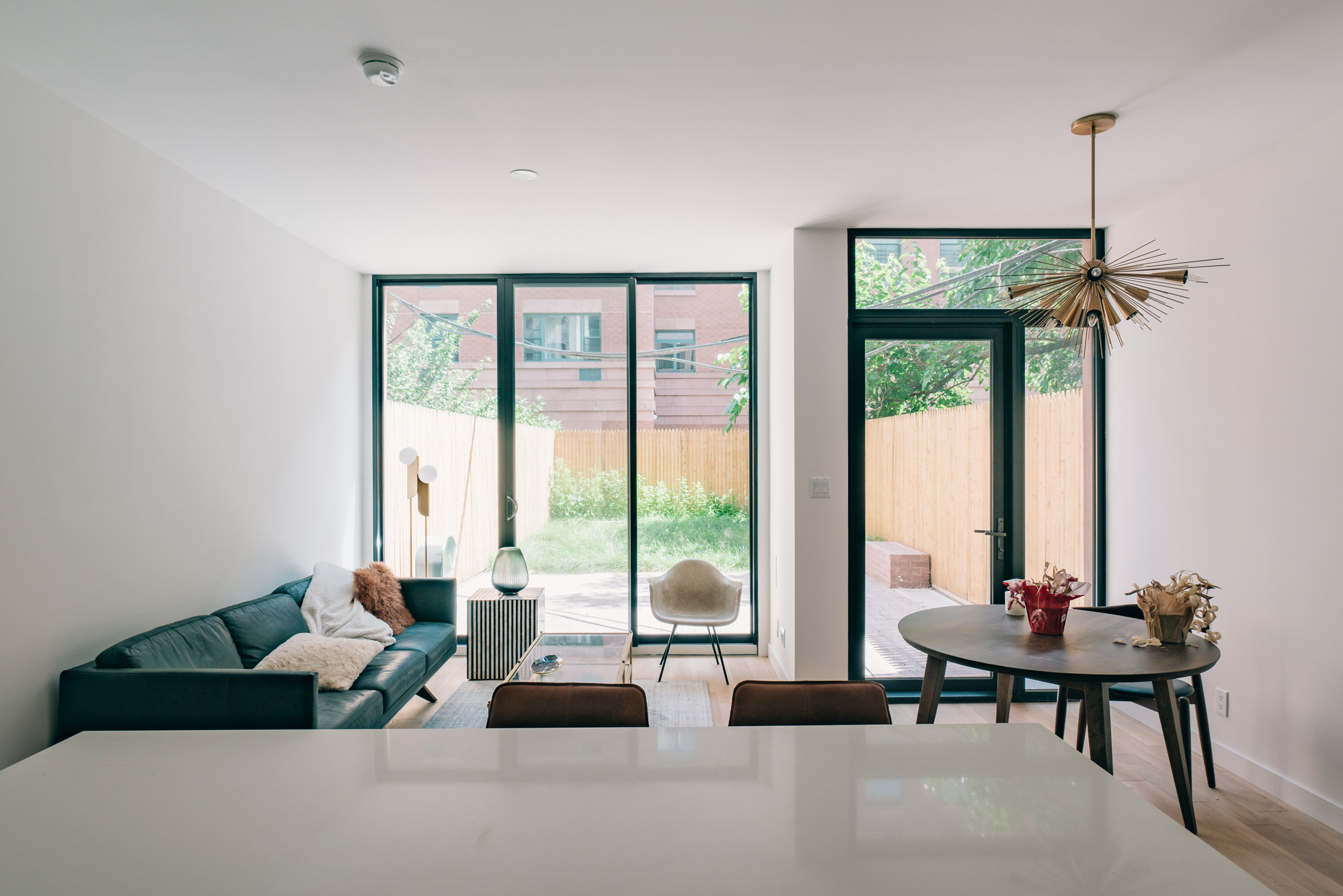 The window openings are chamfered at different angles across the facade, while the openings at the top of the building are much larger. The architects chose the arrangement “to disguise the different functions within the building”, hiding ventilation for the kitchen and room layouts. 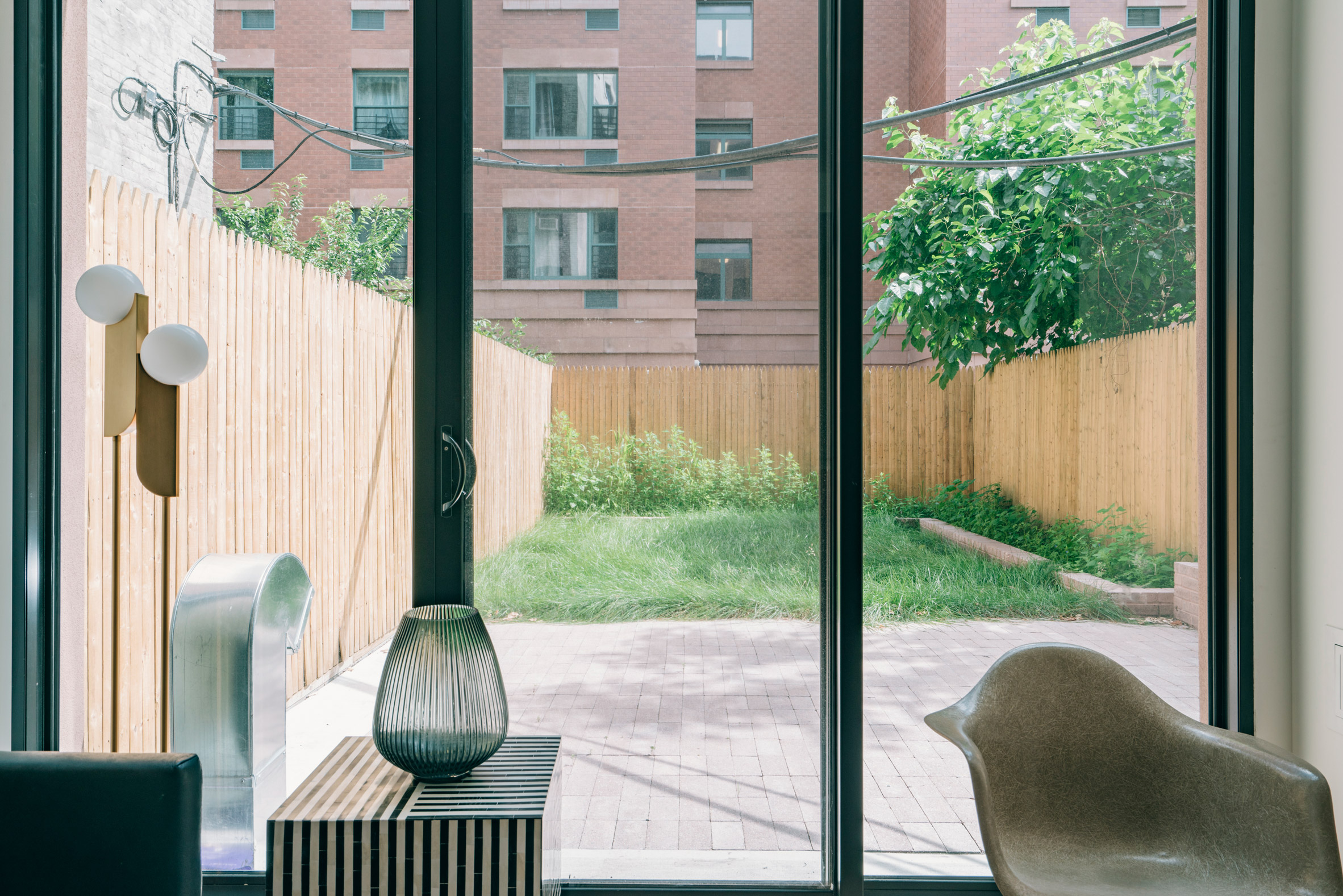 A large, angular indent provides the entrance to the building on the ground floor, which contains a compact lobby and elevator.

A single apartment occupies the next two levels, featuring a large living room with sliding glass doors that open onto the back garden. This is also the only unit to have its own interior staircase, leading up to its three bedrooms arranged along a corridor. 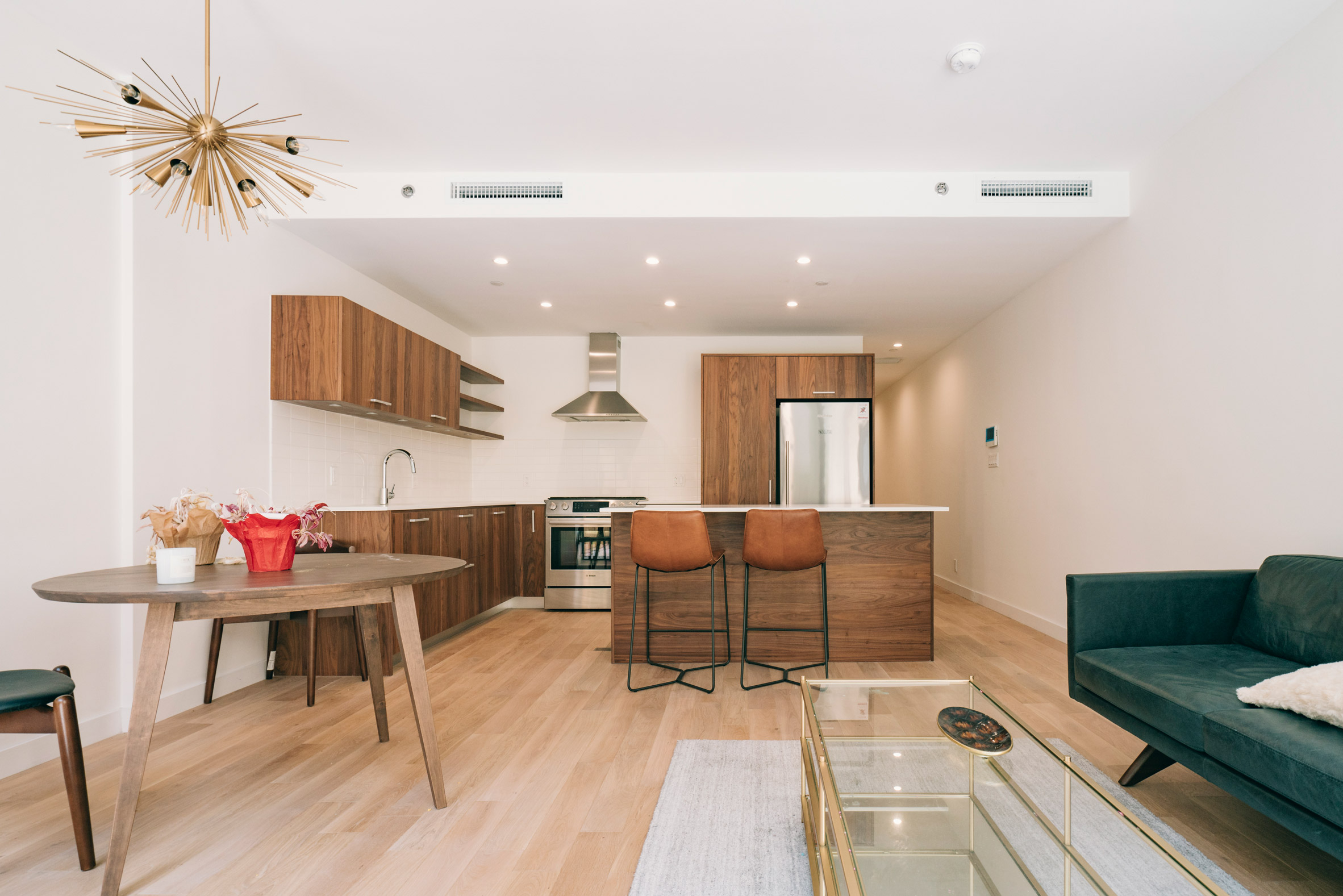 The third, fourth, and fifth floors are each occupied by a single two-bedroom apartment.

New York City regulations state that a bedroom cannot be narrower than eight feet (2.4 metres), so the tight site could not accommodate two bedrooms side-by-side when accounting for wall thickness, Marino told Dezeen. 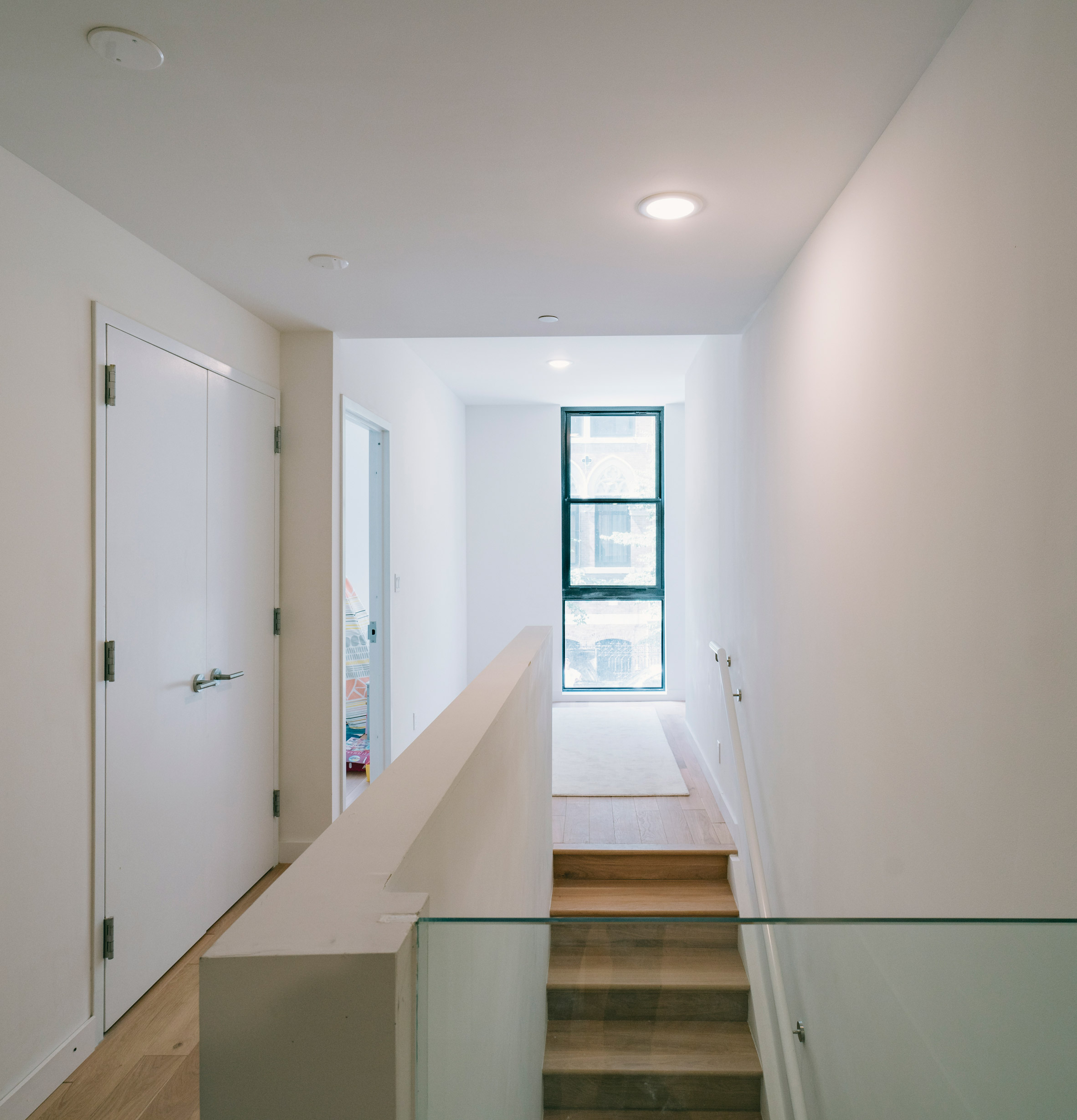 Instead, the architects partially cantilevered rooms for this trio of residences from the rear of the building.

“Two-bedroom apartments are not typically able to be done on so narrow a lot,” said project architect Andrew Weber. “We managed two-bedroom, two-bathroom units on each floor.” 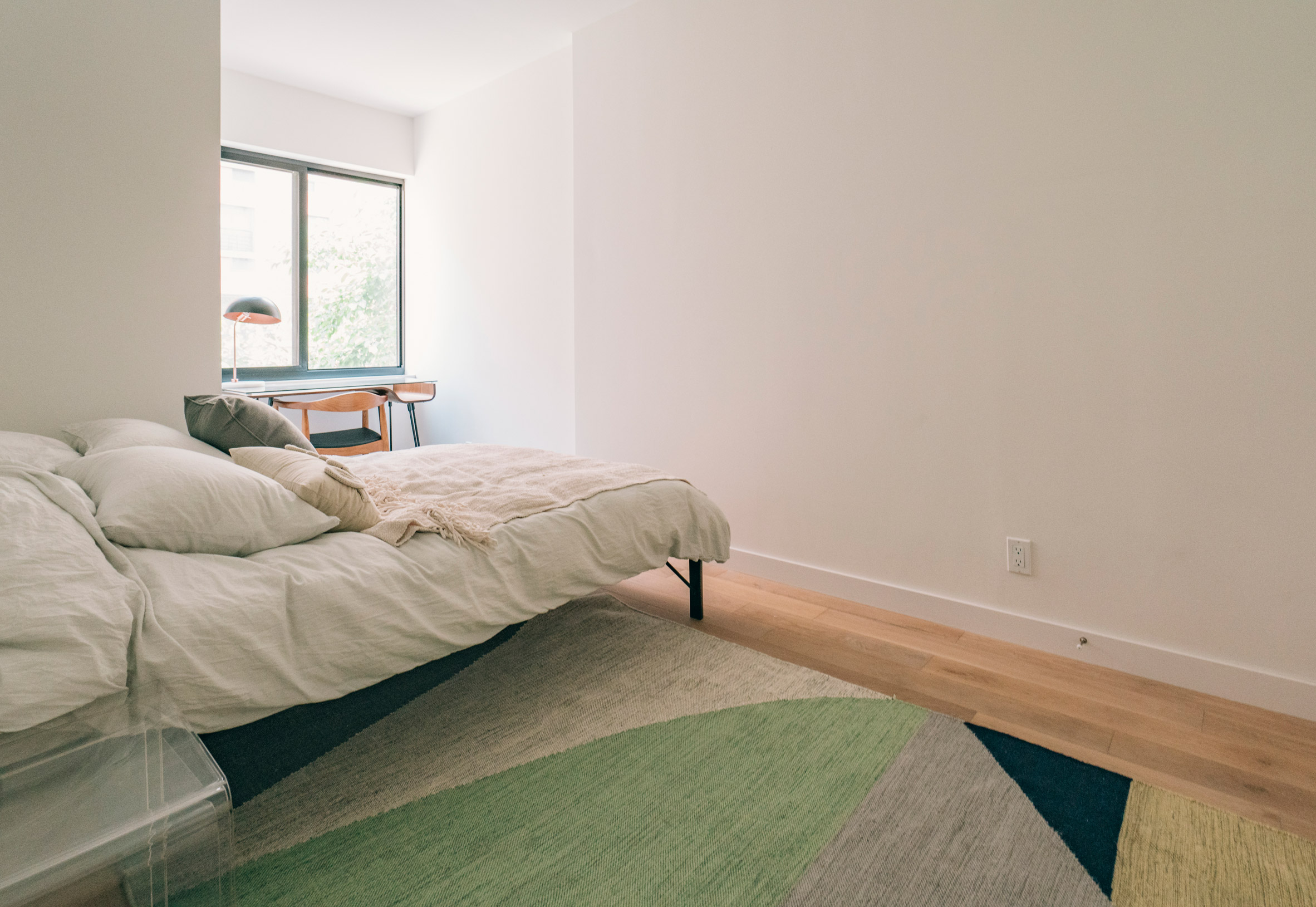 The pairs of bedrooms are L-shaped, and slotted together to provide both with windows overlooking the back garden. Open living, dining and kitchen areas face the street at the front of the building. 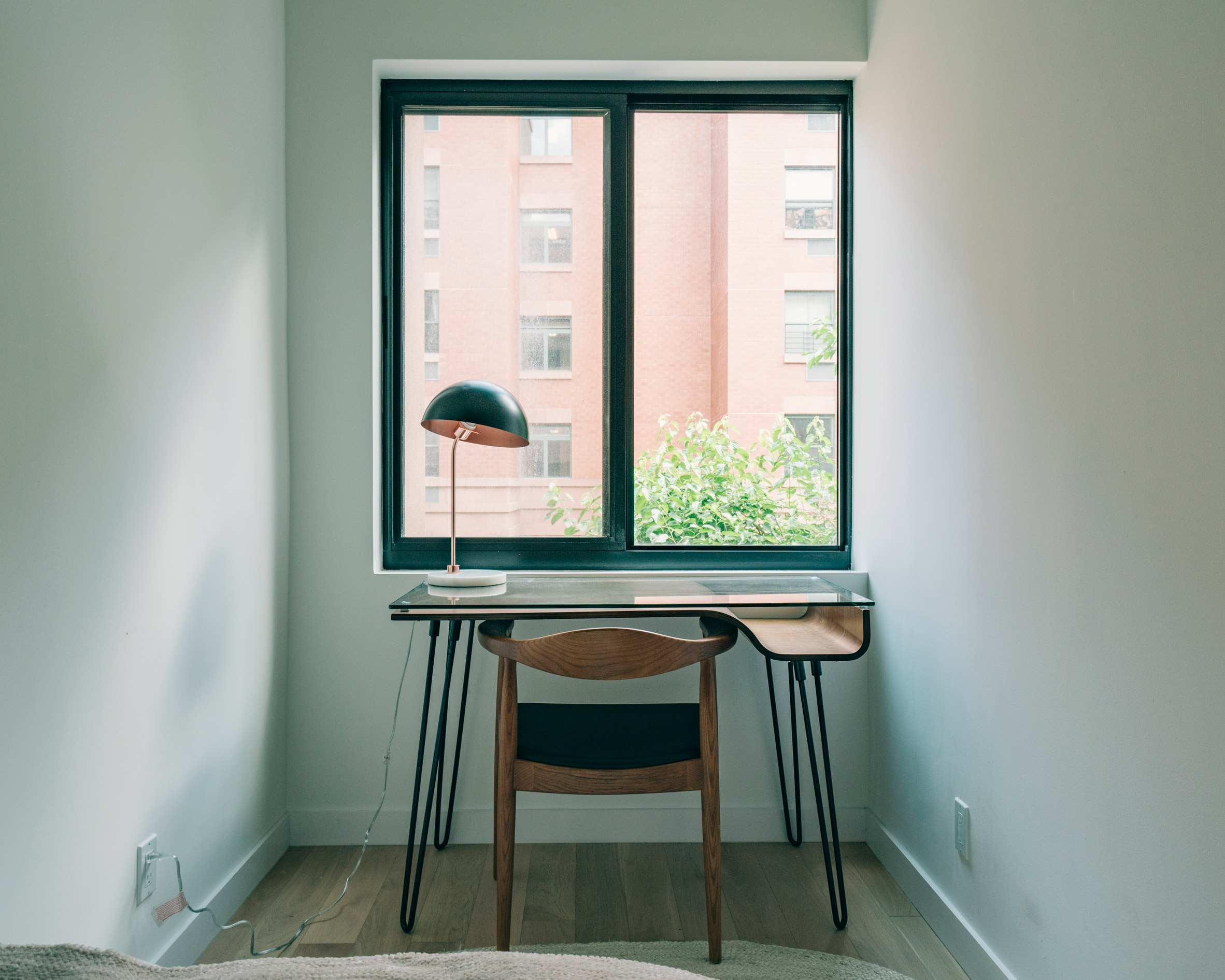 The floor-to-ceiling windows in the facade provide maximum light to the interiors, which feature simple finishes like wooden floors and white-painted walls.

On the final level there is a penthouse with one bedroom and access to a private rooftop terrace. 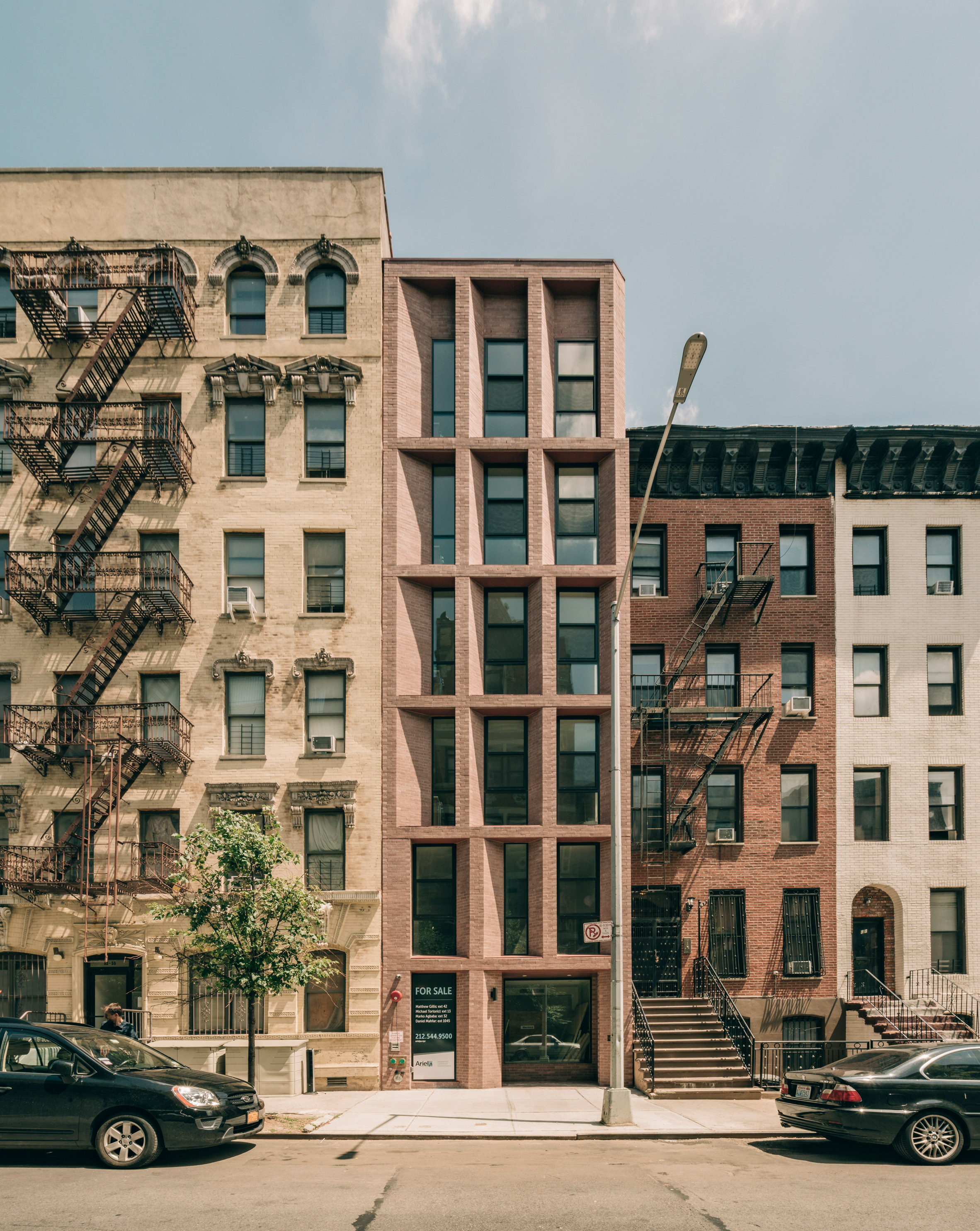 Also in Harlem, Renzo Piano recently completed the third building for Columbia University’s new Manhattanville campus. The Italian architect has described the project as an “interesting experiment” in gentrification.

Photography is by Richard Lee.