Stanley Saitowitz‘s firm Natoma Architects has created a Hillel House for Philadelphia’s Drexel University, with a red brick facade designed to reference the branched lampstands used in Jewish homes and temples, as well as the striated garments worn during prayer.

The Center for Jewish Life – also referred to as a Hillel House – is located on Drexel University’s campus across the Schuylkill River from Downtown Philadelphia. 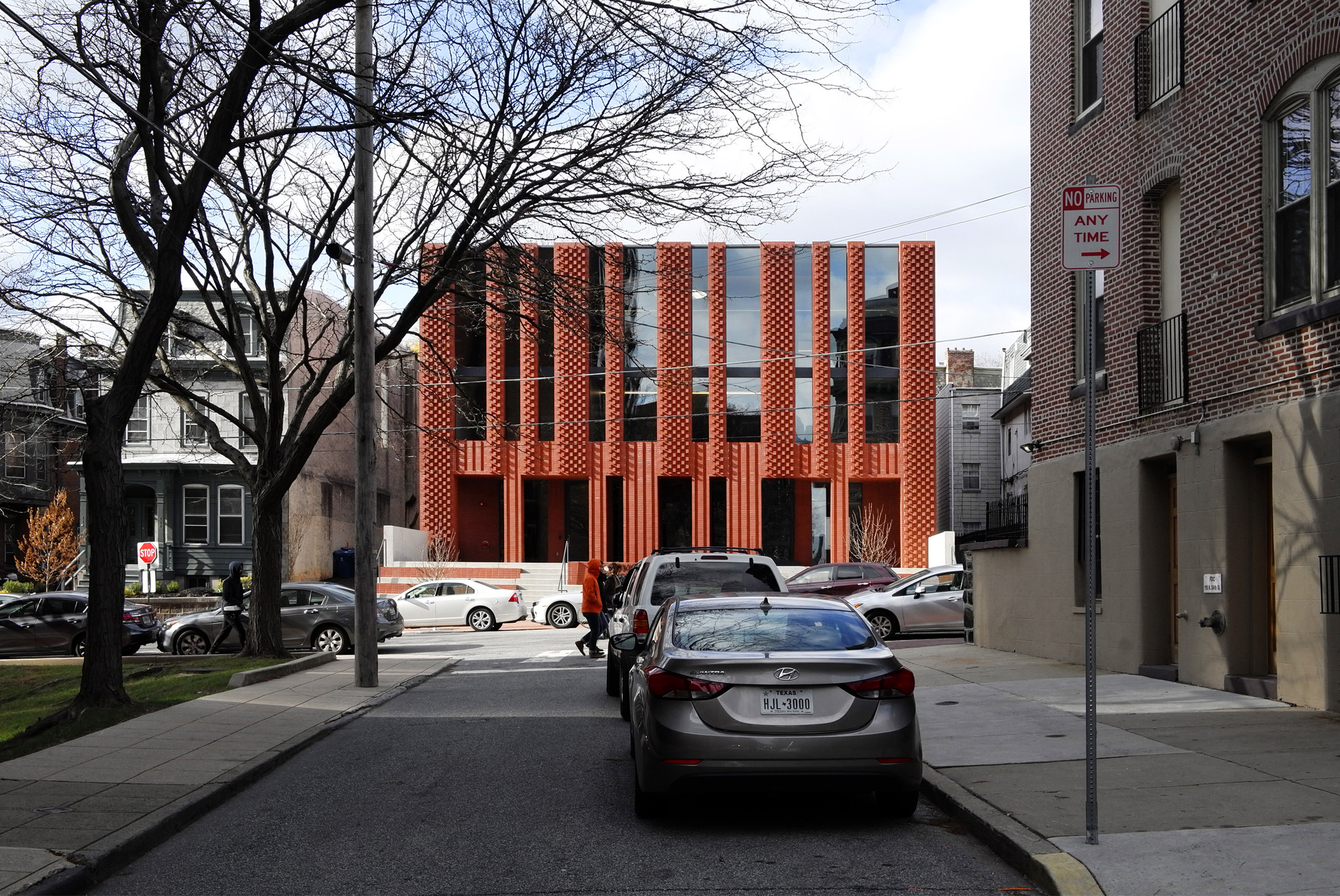 “Brick is a vernacular material used extensively in Philadelphia, and especially fine examples of elaborate brickwork surround the site in the Powelton neighbourhood,” Saitowitz told Dezeen. 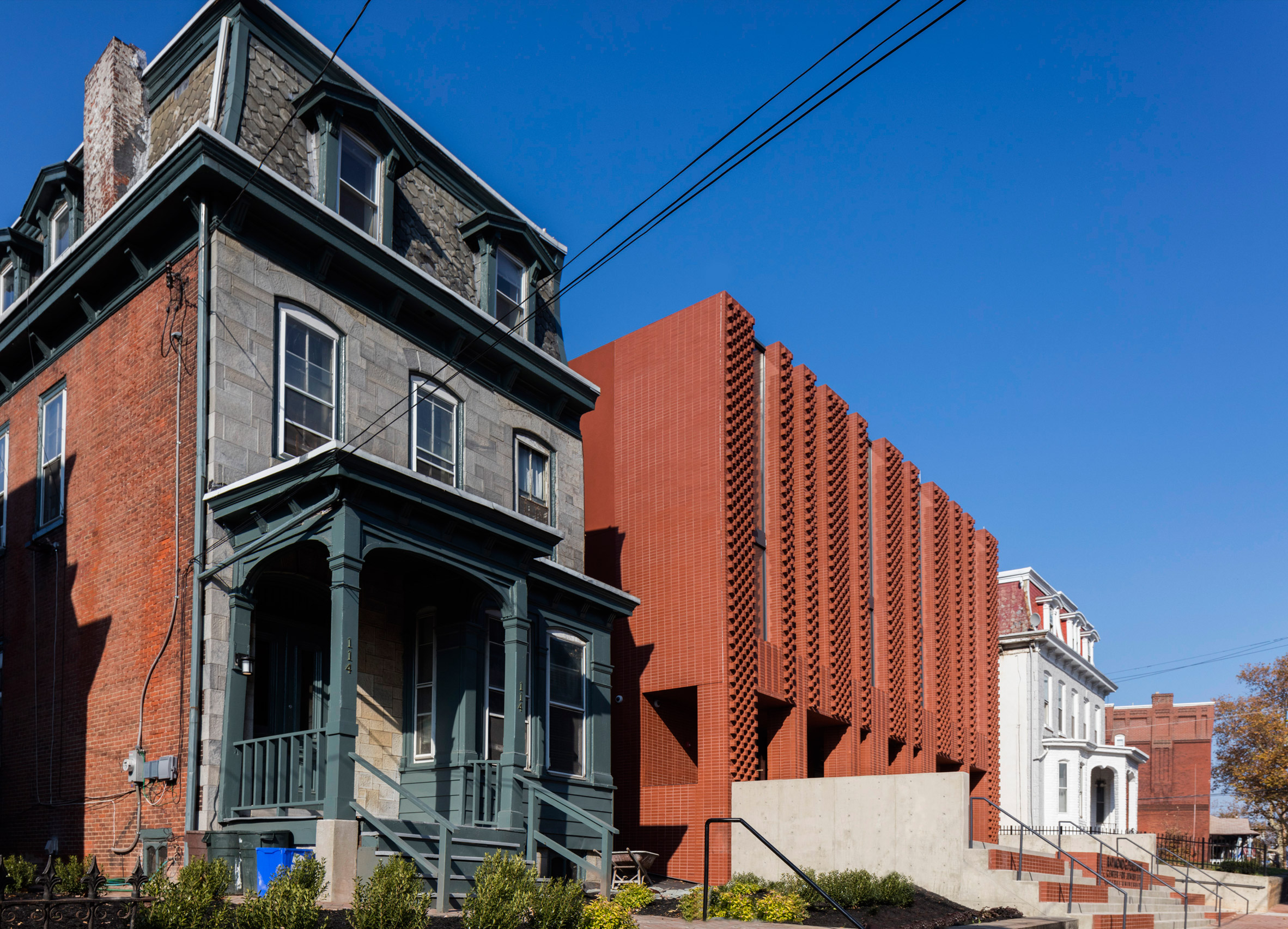 “A few blocks away is a red brick Frank Furness Bank building, Kahn’s Richards Medical Building, and a Venturi building on Drexel campus – architectural precedents for this project, which all use brick,” he added.

The architects based the building’s facade on the vertical branches of a menorah candelabrum. It features stripes of brickwork with a patterned relief and glazing that vary in width like a barcode. 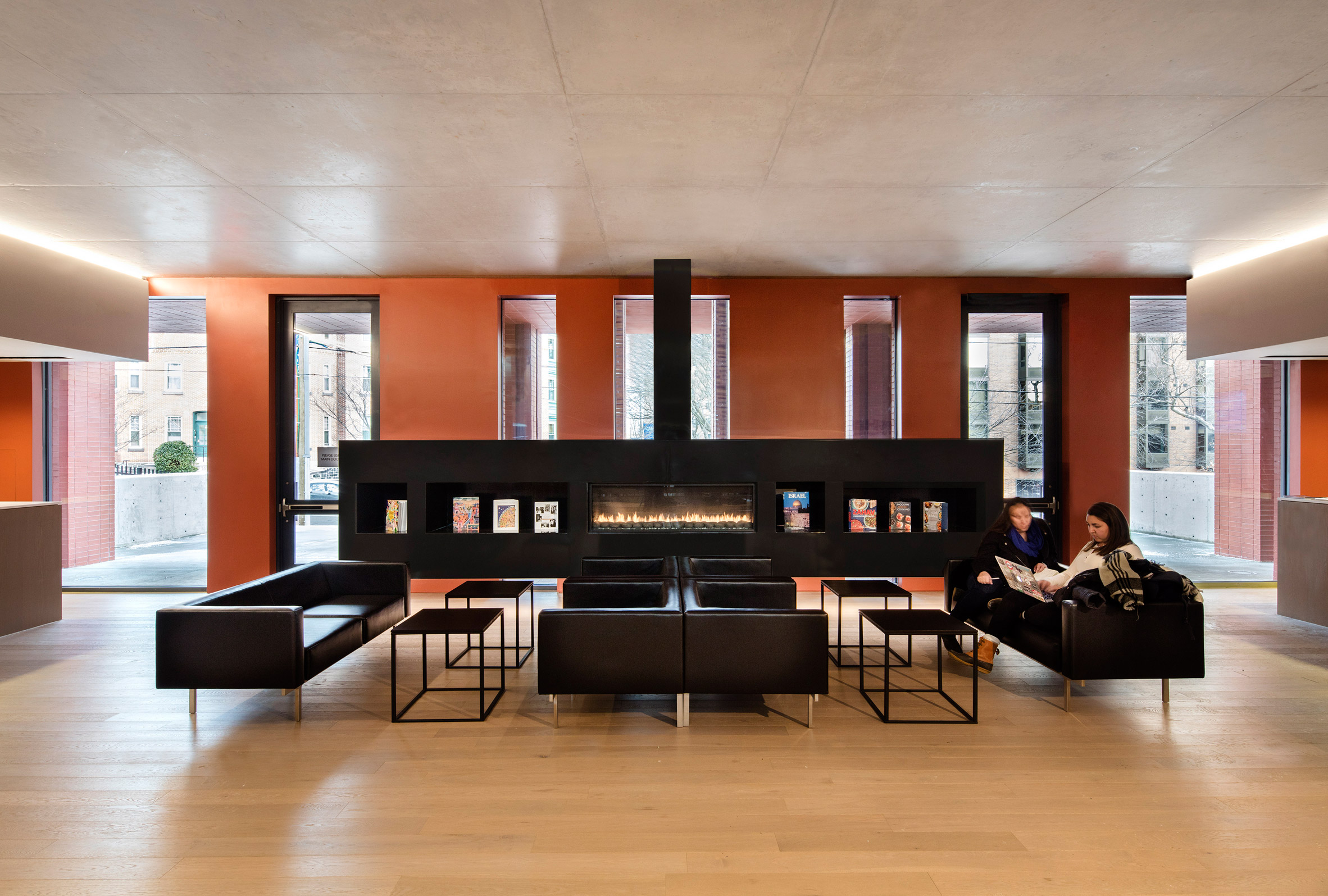 The coarse appearance of the protruding blocks is meant to evoke a tallit, the prayer garment used in Jewish communities.

“Drexel University’s Hillel House is sheathed in local red brick as textured fabric draped in an abstract menorah that terraces down to the street,” said the firm. 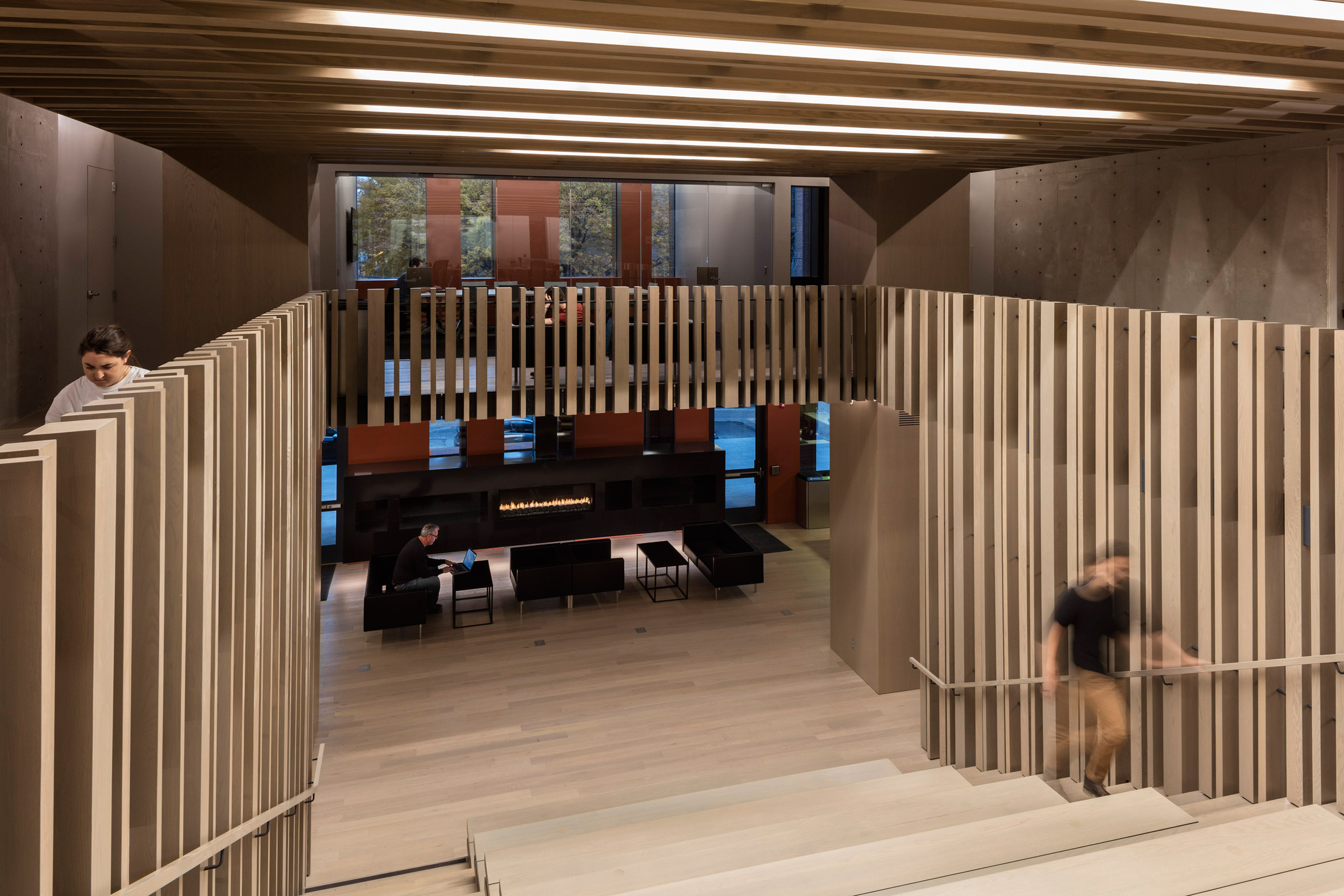 Built to provide support for the Jewish community at Drexler University, the facility provides various services across the different storeys.

The architects designated the ground level as the “everyday life floor”, which accommodates a fireside lounge and a large dining hall that opens onto a rear garden. 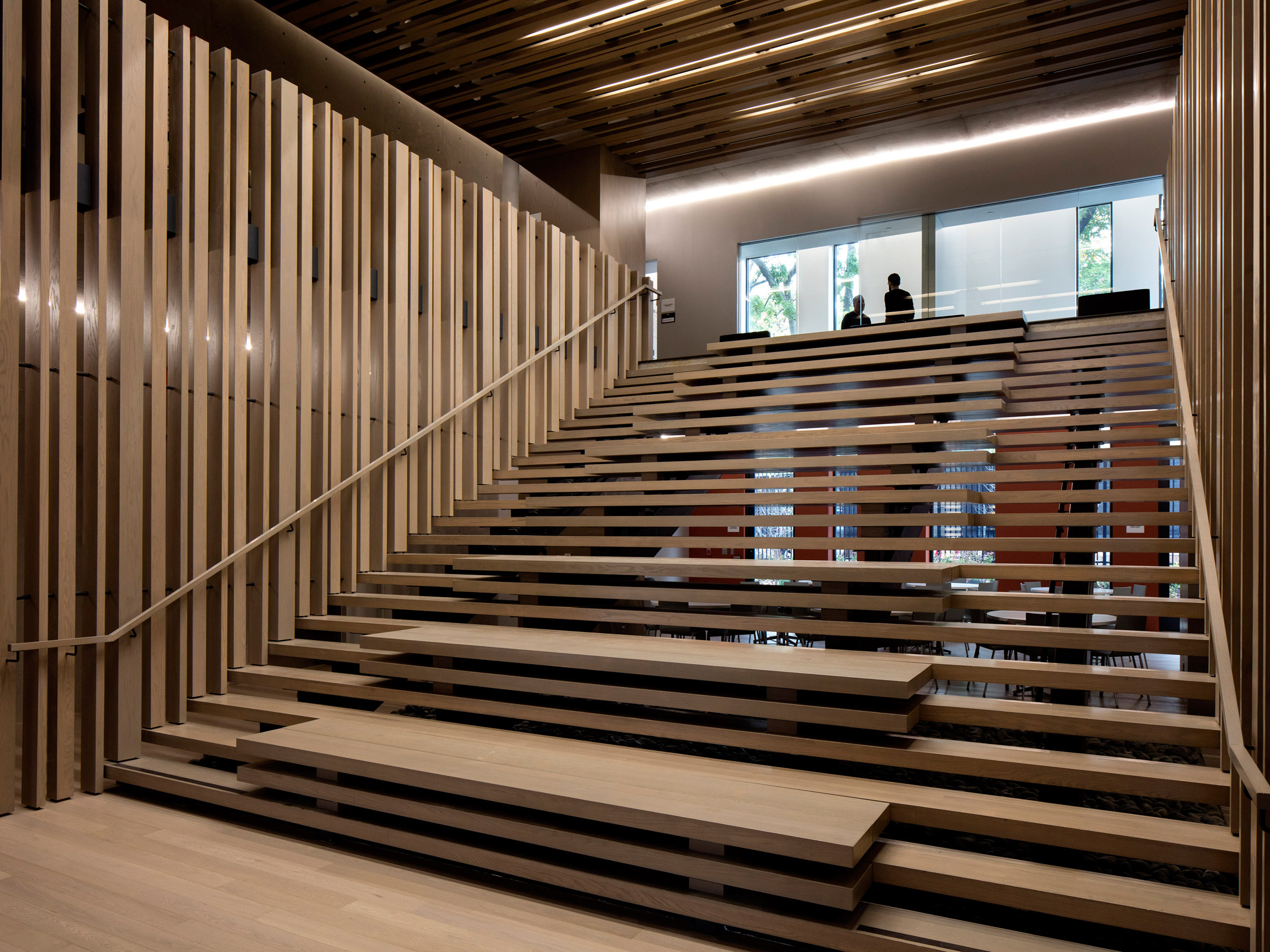 On the floor above, a series of meeting rooms wrap around an open staircase that rises from the centre of the floor below.

The stairs also function as an “amphitheatre and an auditorium, with a balcony overlooking it from above”. 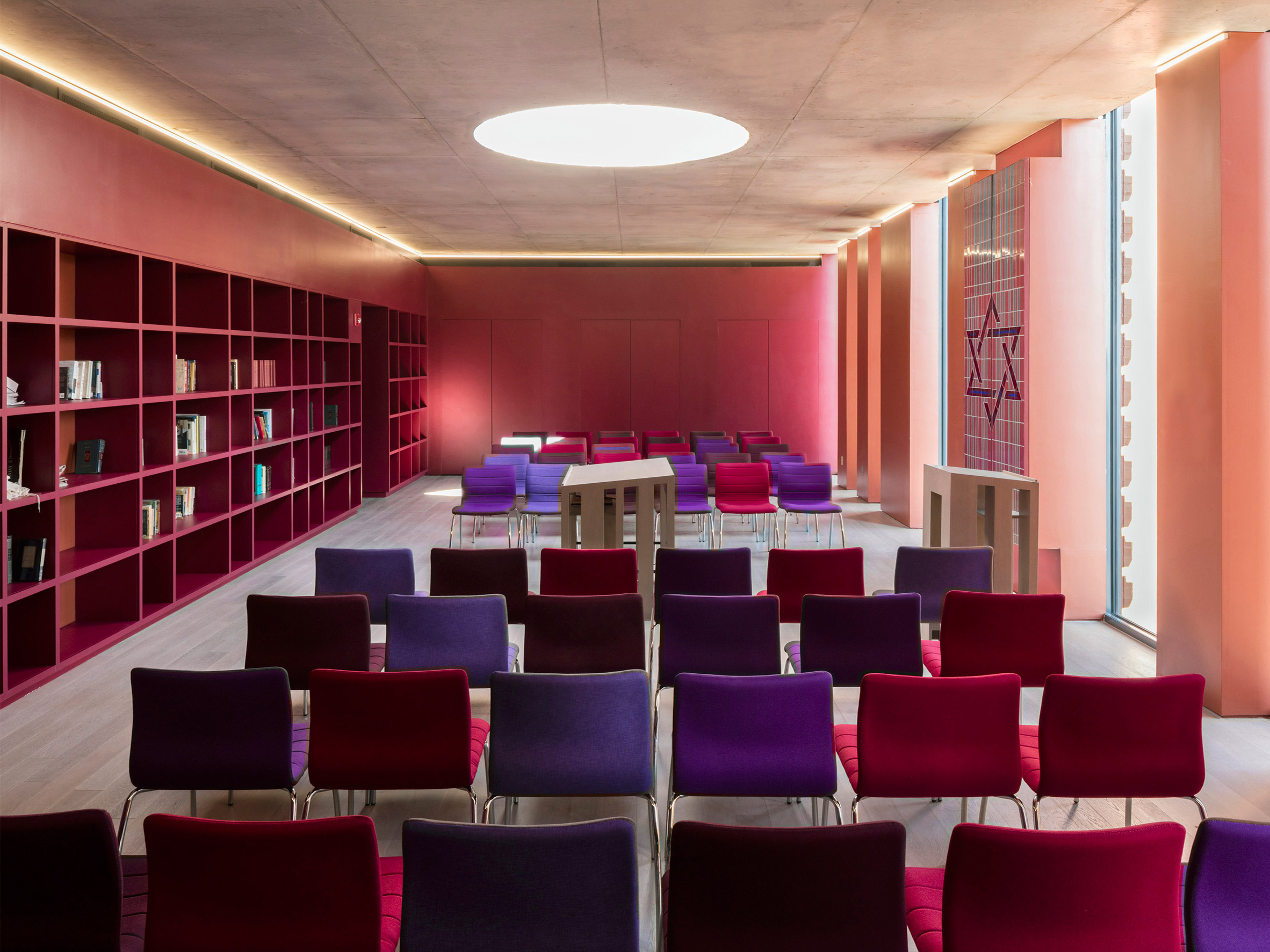 Much like the facade, the architects aimed to underscore the importance of the space through references to the tallit. Gaps between the red oak siding along the staircase’s walls form a linear pattern similar to the striated garment.

“The multilevel courtyard is a multipurpose space at the heart of the building, the pivot of everything,” the architects said. 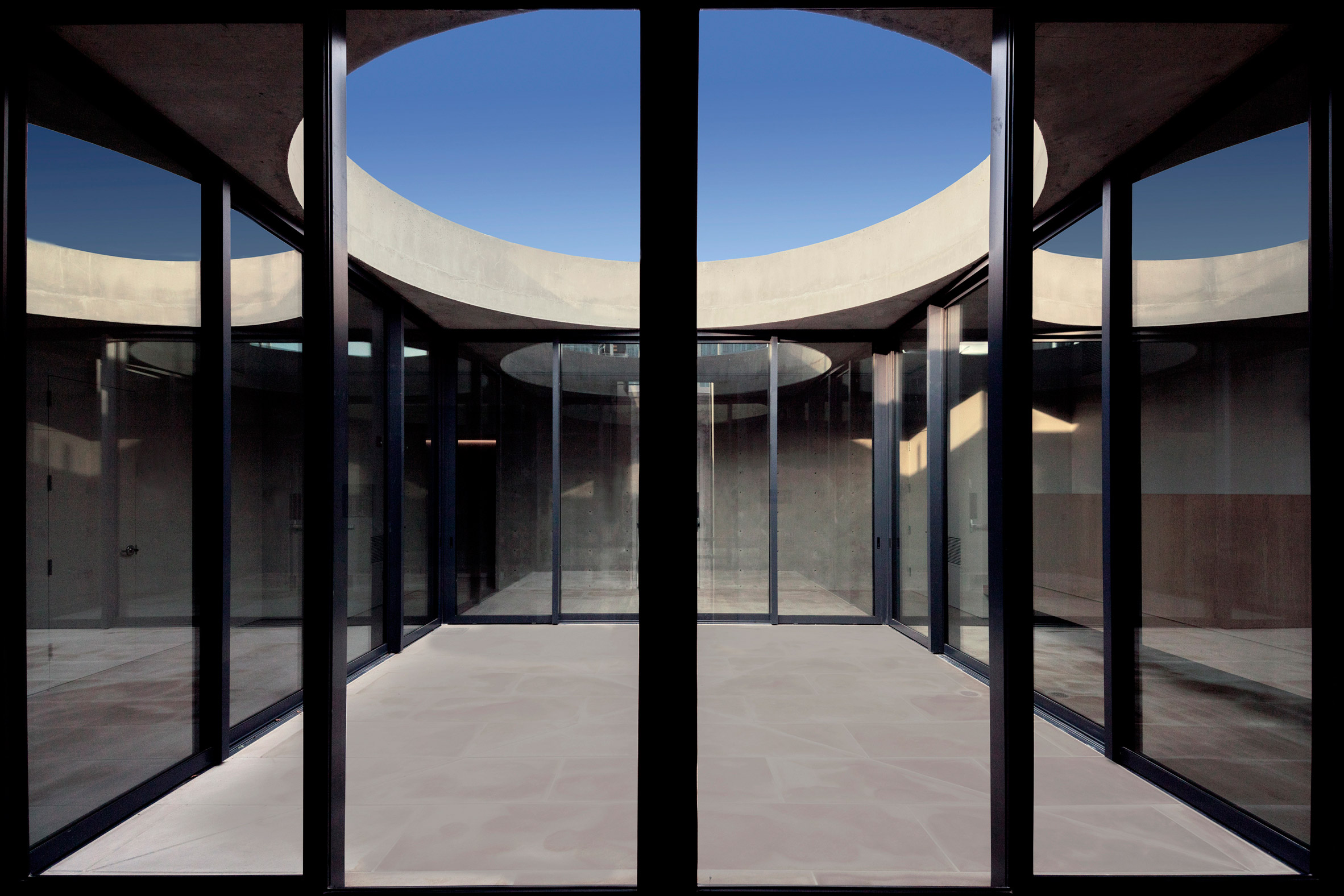 A library and worship spaces occupy the topmost level. The rooms encircle a square terrace with a circular skylight.

The architects intended the outdoor space to serve as a reminder of a shared heritage and to encourage unity among the different branches of the Jewish faith. 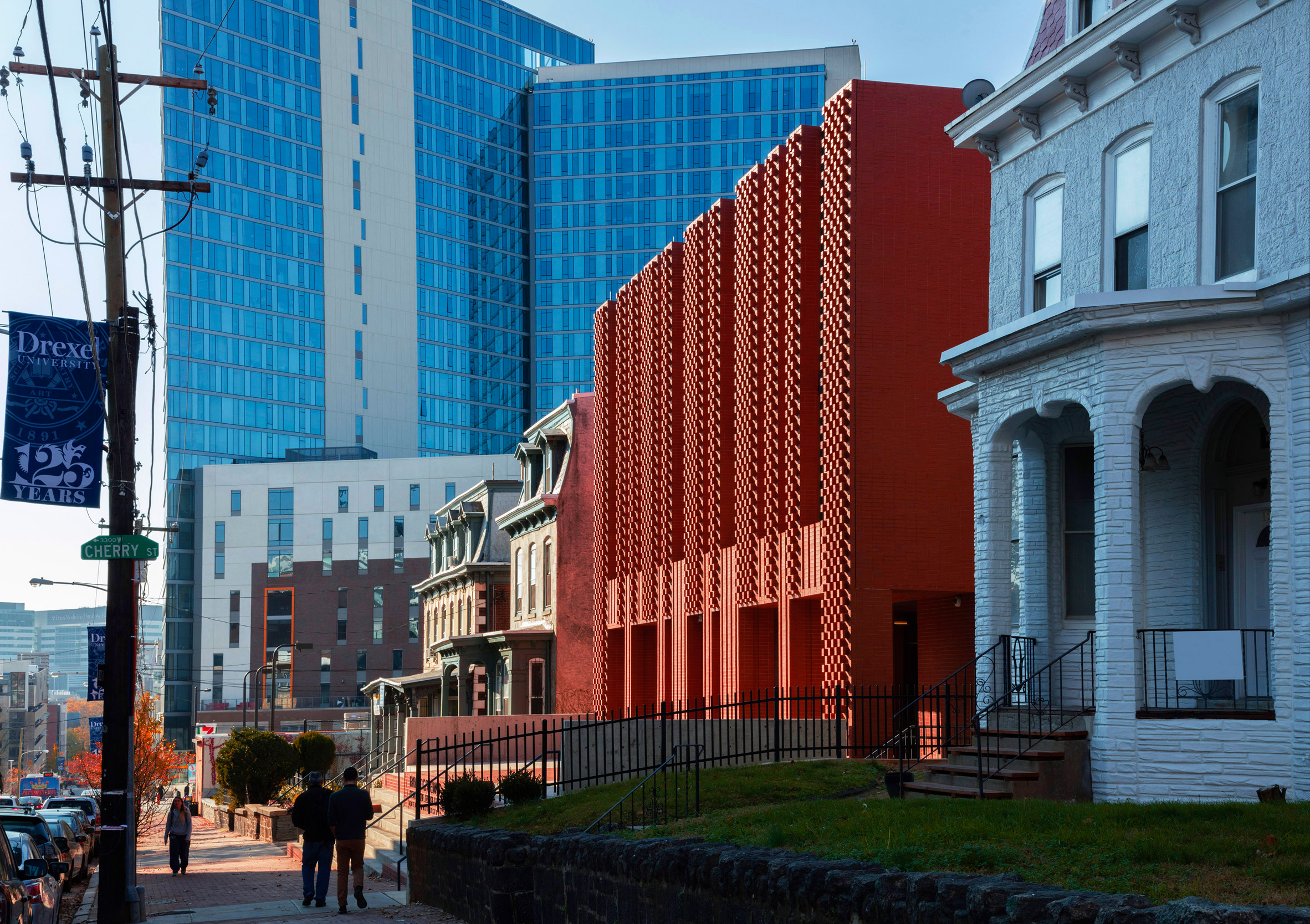 “The three contemporary branches of worship – Orthodox, Conservative and Reform – each with their own rooms on the top floor, are connected and united by this space,” said Saitowitz. “It’s a memory of the original synagogue form of a simple square with a dome – here, the dome of the sky.”

Several other Jewish community centres feature forms based on cultural references. Examples include a building inserted into the old Jewish quarter of a Portuguese city, and a facility in Germany by Manuel Herz Architects clad in glazed, green ceramic tiles. 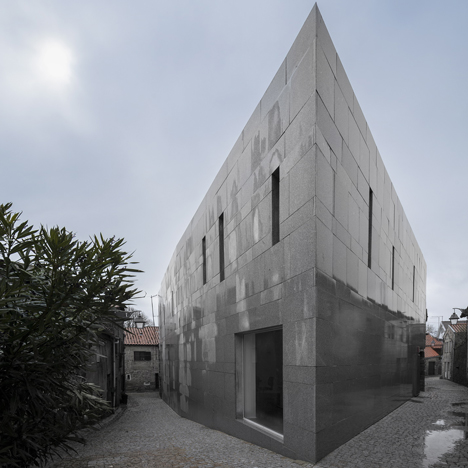