Colombo and Serboli Architecture has revamped a Barcelona apartment, opening up the partitions to create a large living space with a bespoke, wall-mounted bicycle rack. 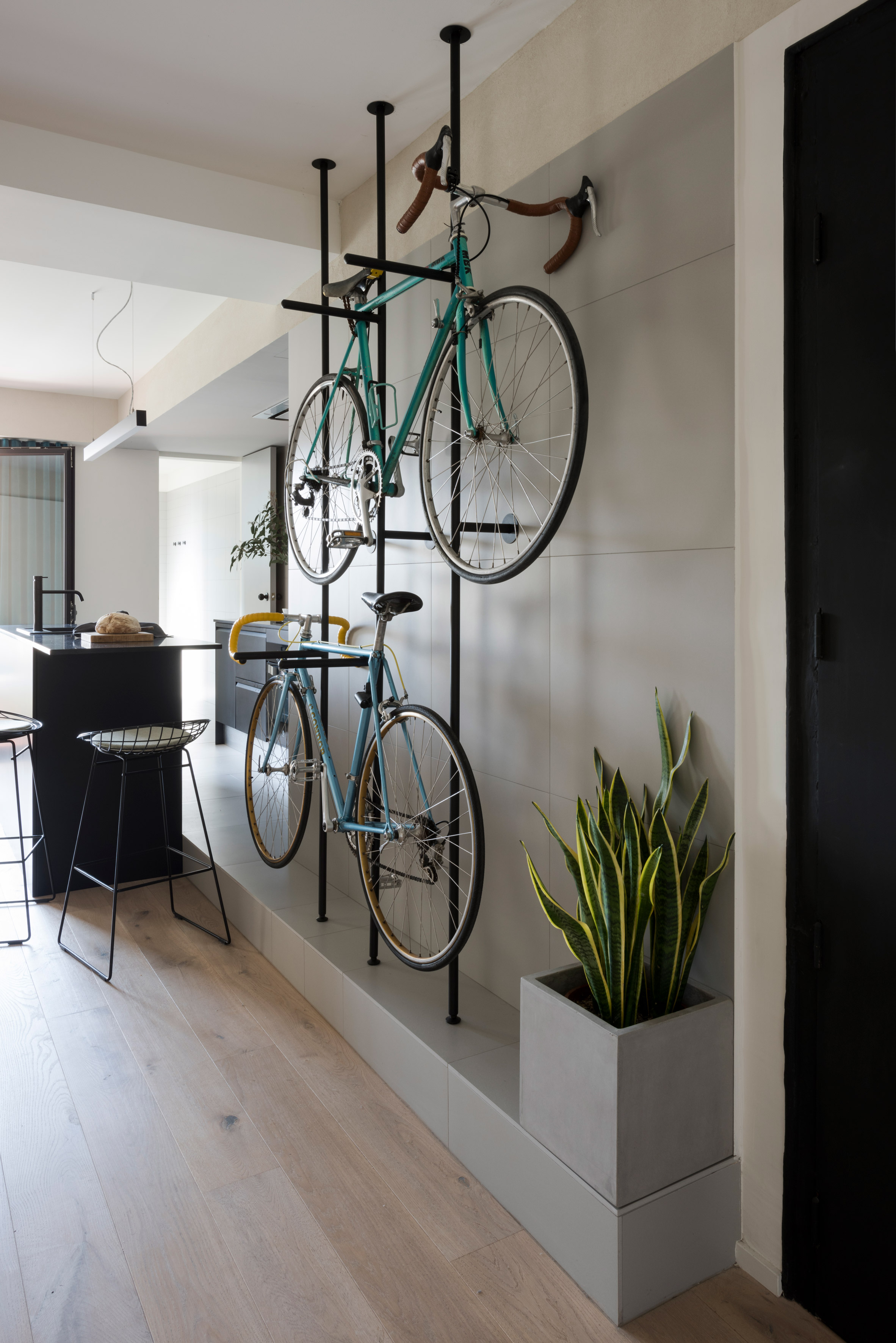 Called CaSA for short, the Barcelona studio renovated the previously dark, compartmentalised apartment, to suit the client – a cycling and sports enthusiast. 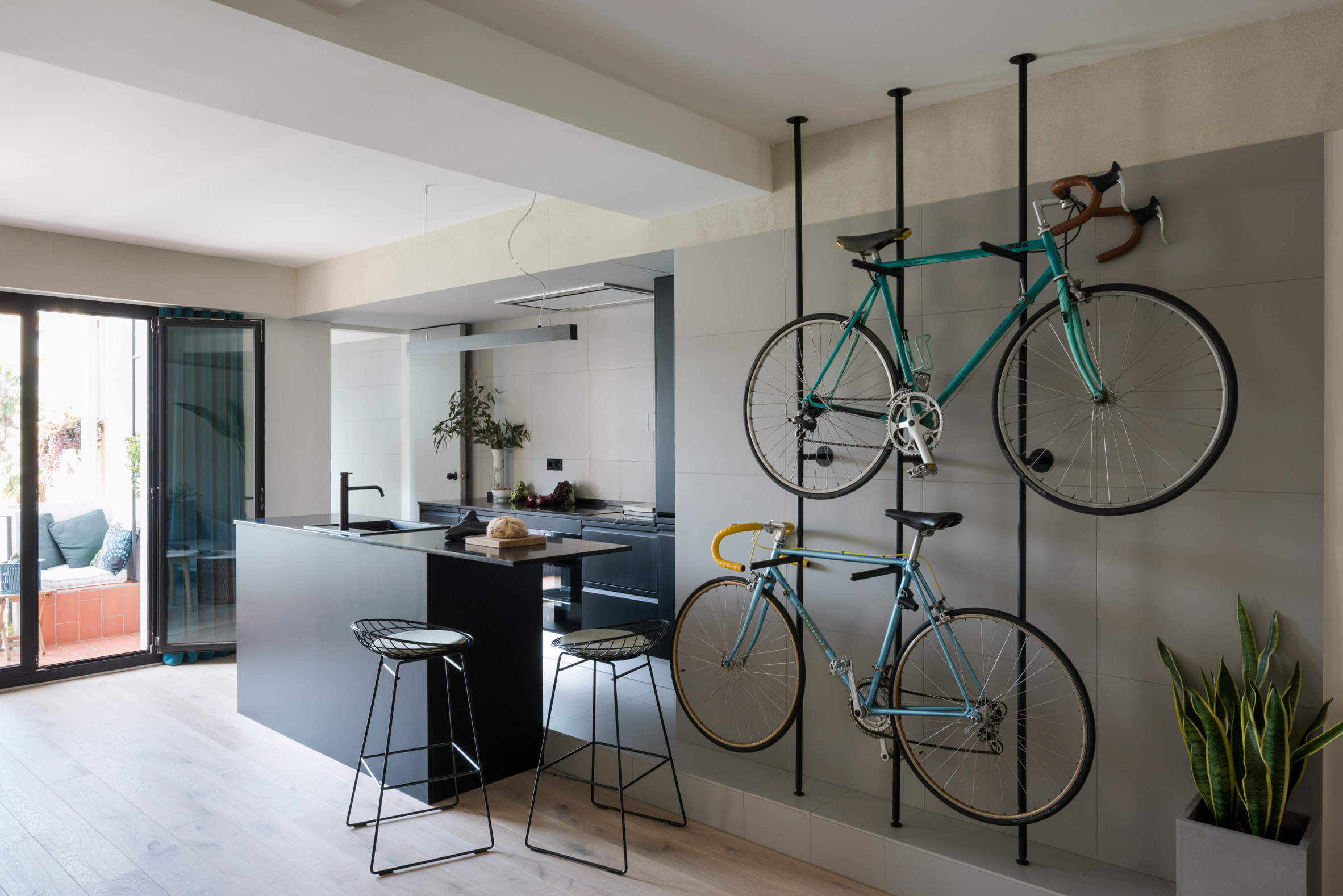 By the entrance to the apartment, called Sant Antoni, three vertical black metal poles form a bespoke storage system for him to hang his bicycles on. Behind the poles, large grey wall tiles protect the area from scuff marks and dirt from the bikes. These tiles continue into other areas of the house.

“The aim was to create a very masculine yet sophisticated home, using a neutral palette and focusing on different textures,” explained the architects. 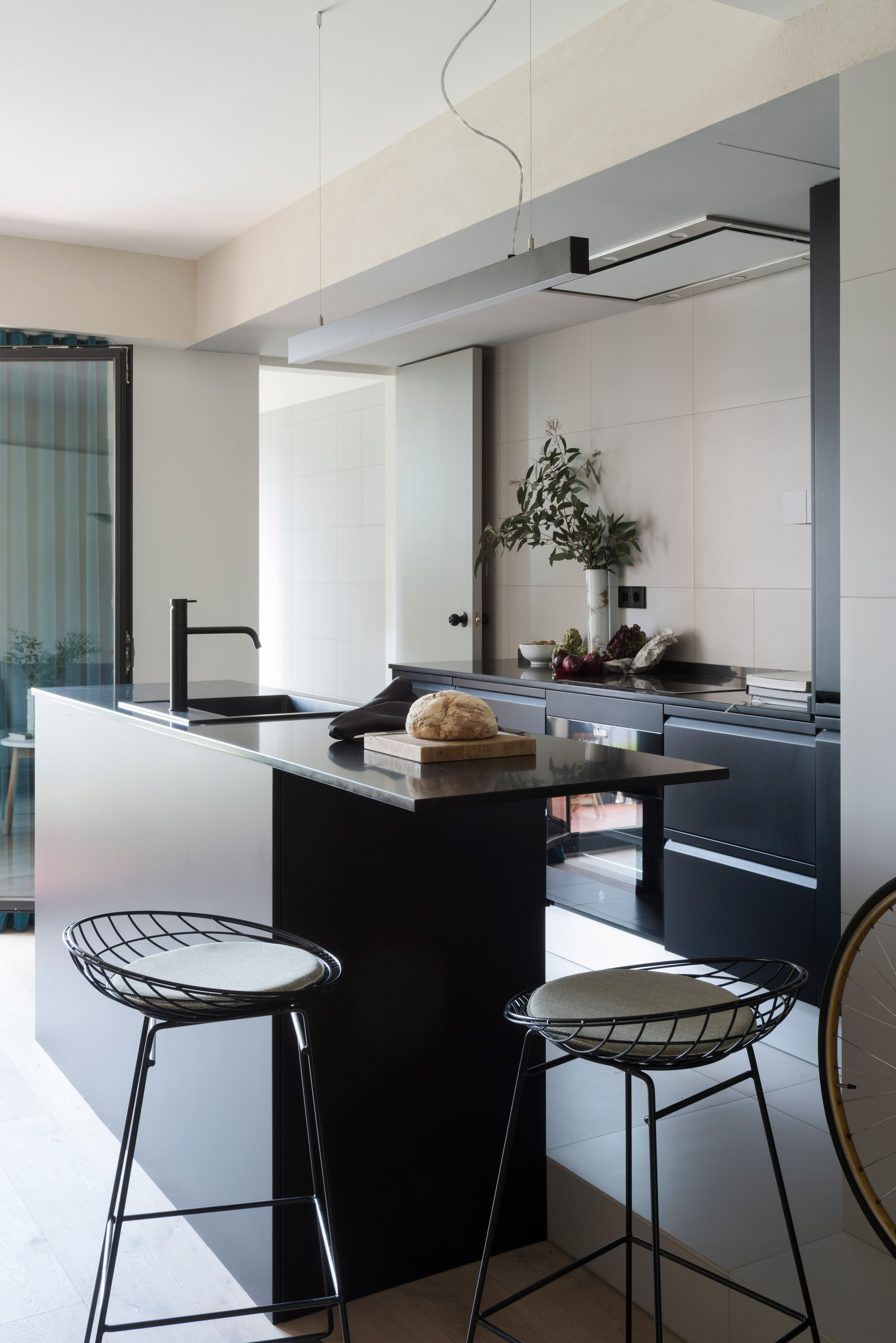 Other textures are used elsewhere the home. In the kitchen, a black, polished surface top and black sink with matching faucets contrasts with the grey tiles, which also cover the floor of the raised kitchen area and continue into the adjoining bathroom. 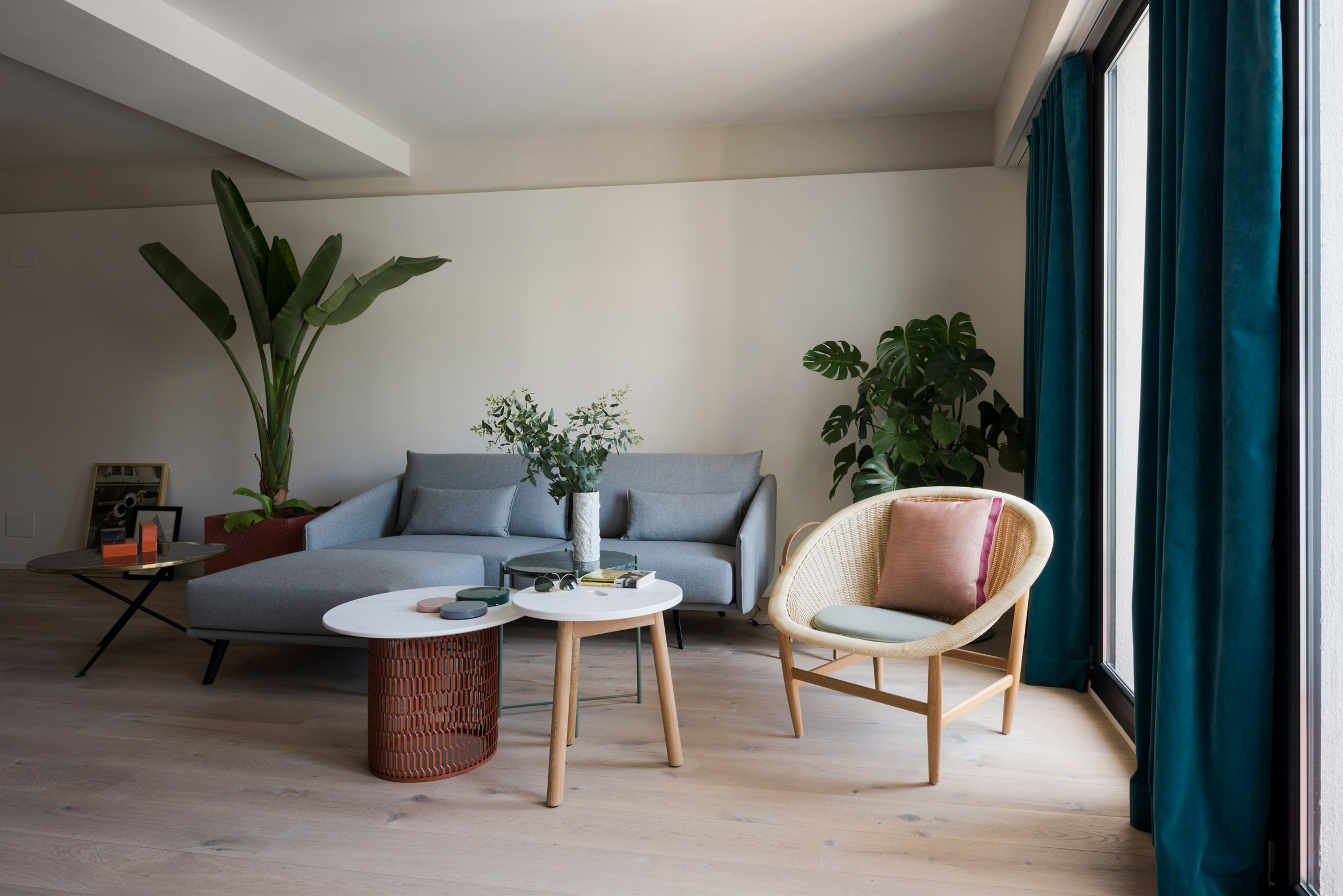 Varying sizes of tiles make up the wall and floor surfaces of the bathroom, which echoes the colour scheme of the kitchen, with black cabinets and matching faucets and detailing. The shower screen is formed from a singular piece of glazing, framed with a black steel rim. 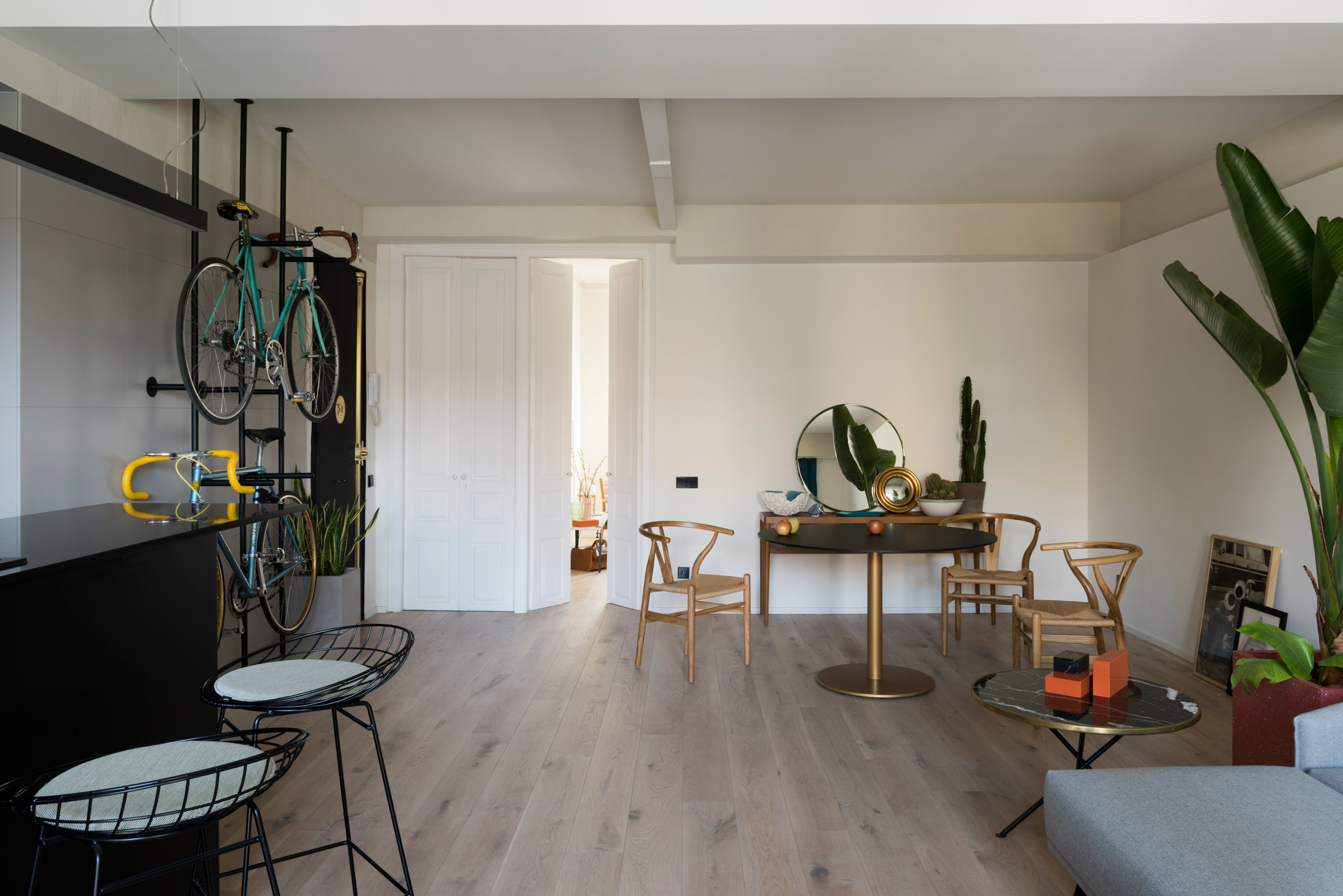 The interior styling of the open plan living room focuses on a neutral palette, with white painted walls complementing the oakwood floors. The living area is furnished with a pale blue sofa by Stua and a wicker basket chair by Kettal – positioned around a cluster of round coffee tables by the same furniture brand. 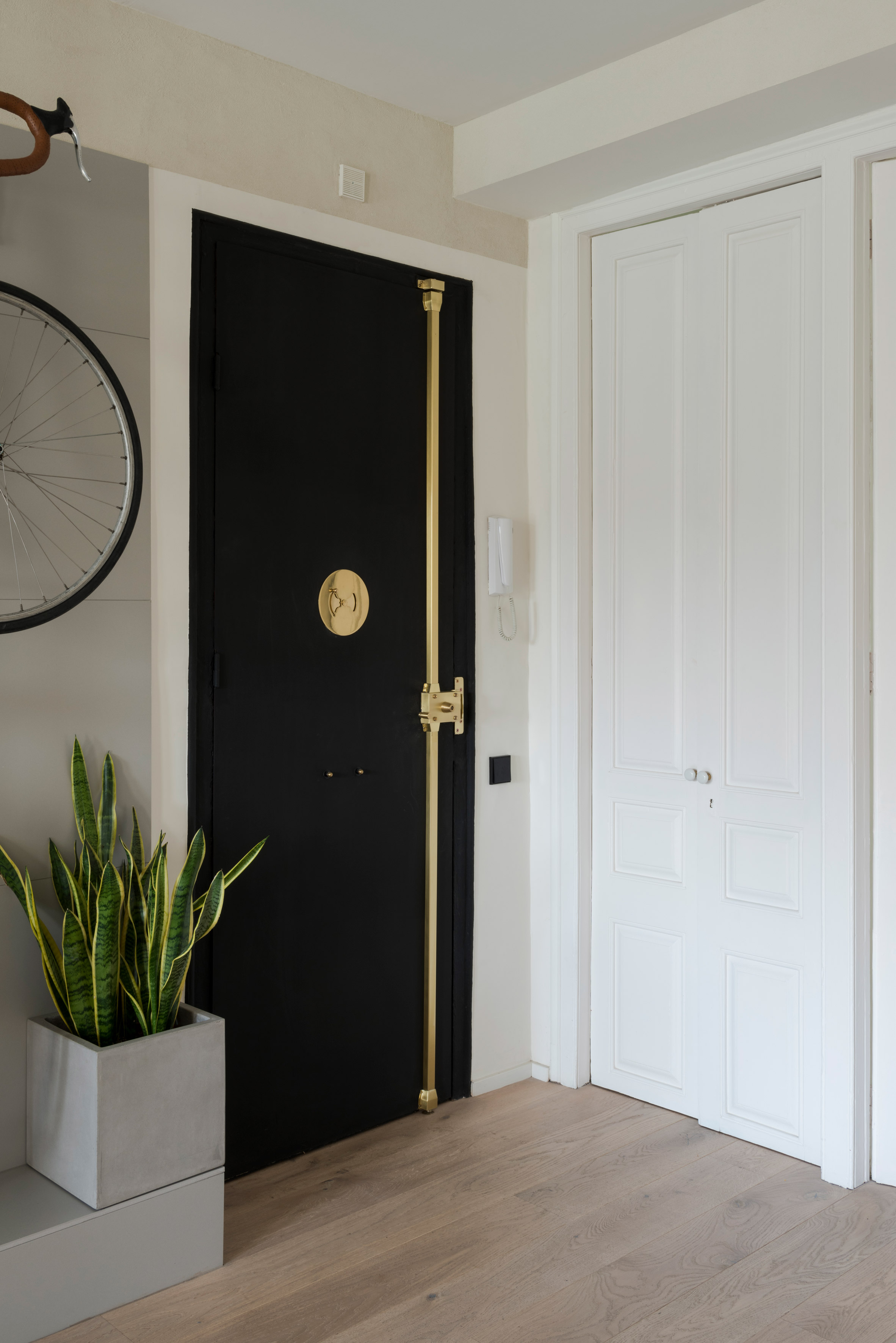 The oakwood floors from the living area continue into the airy master bedroom, which is filled with light from the french windows that open out onto a juliet balcony. Access to the master and guest bedrooms is through two double doors which were retained from the original apartment, along with their mouldings. 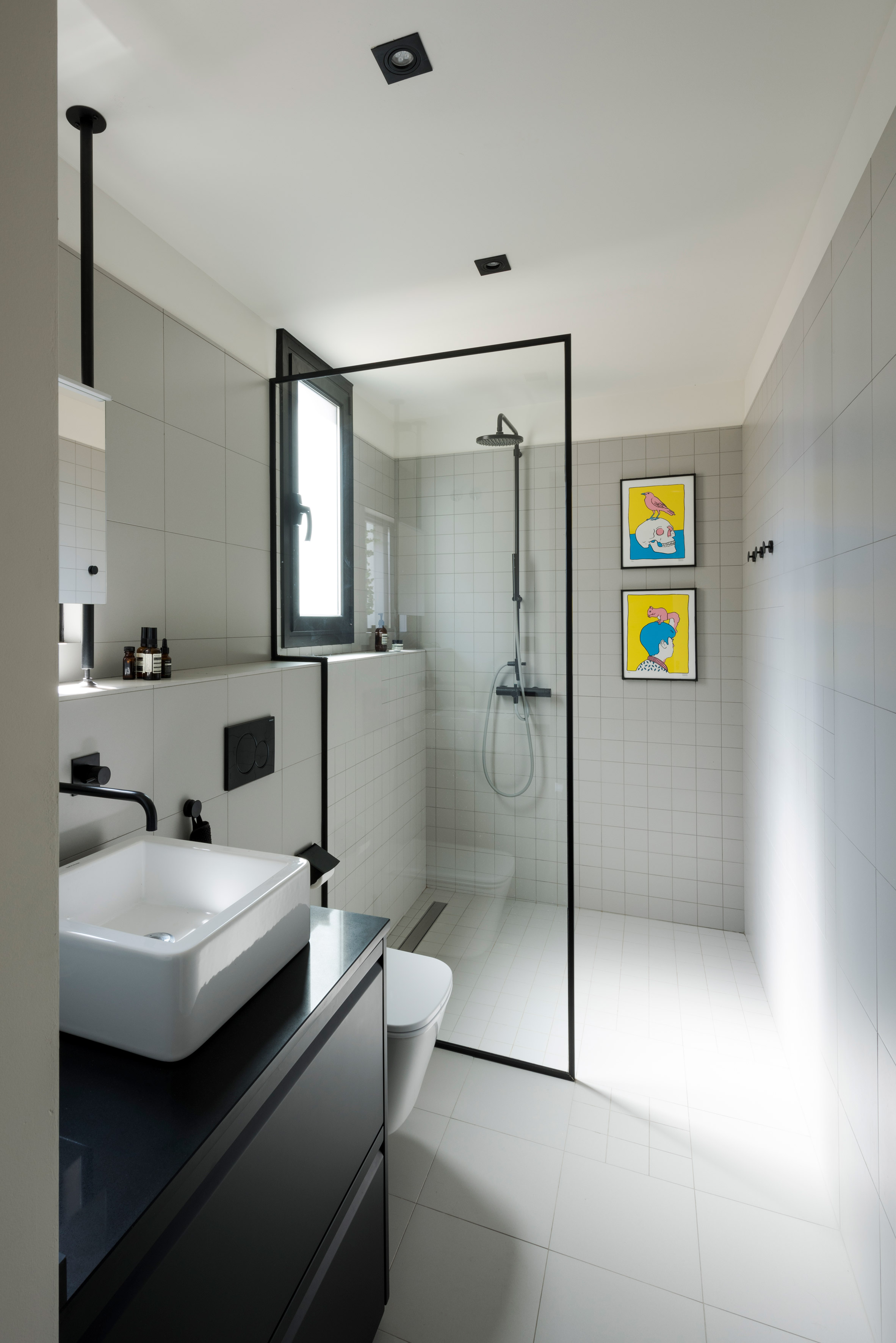 At one end of the apartment, another set of french windows open on to a small terrace which had previously been closed off and converted into a bathroom with laundry spaces blocking the direct sunlight from one of the windows.

With the balcony being reopened, the increased natural light illuminates the apartment, with the terrace becoming an outdoor seating area with views over the surrounding neighbourhood. 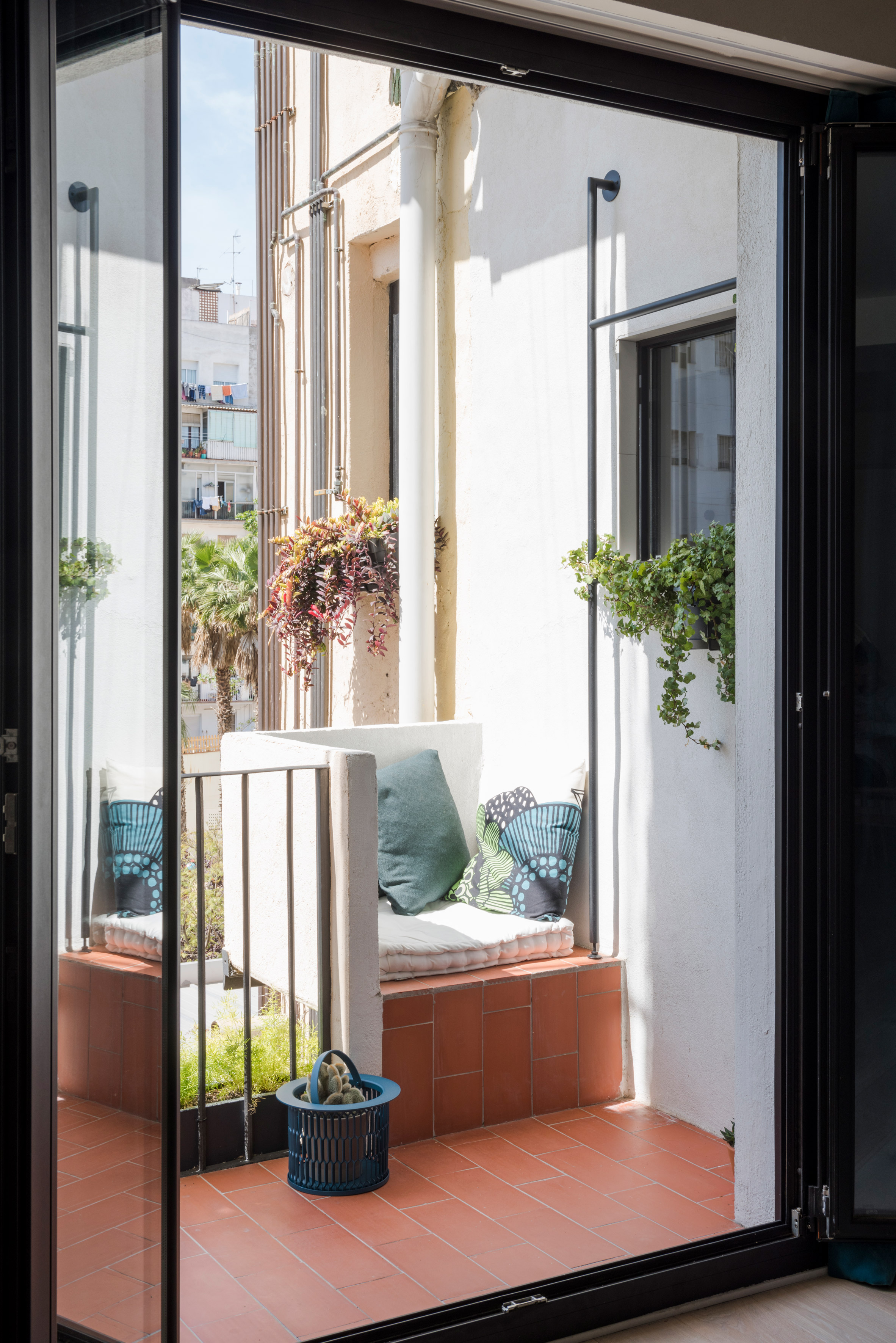 The interior of the existing apartment was completely gutted before renovation began – the architects removed most of the ceiling beams, which then required more structural reinforcements, all of which have been hidden from view behind teal-coloured velvet curtains.

“Major structural reinforcements were needed, since most of the beams were affected,” said the architects. 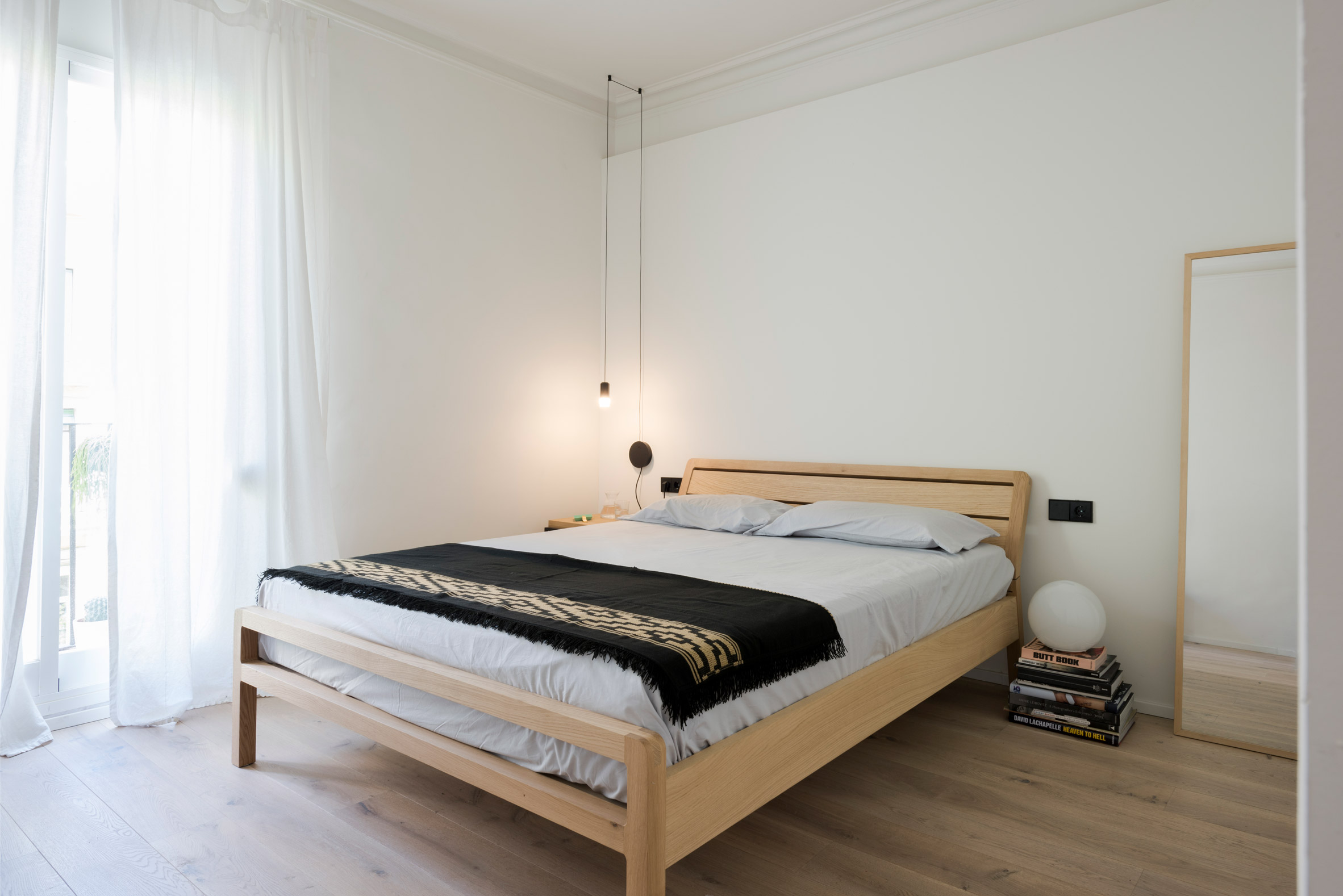 Throughout the modern apartment, plants and bespoke details have been added to bring colour to the home – including the large, square planter, customised by the artist Zaida Sabatés.

Sant Antoni apartment is among many recent renovations in Barcelona, including Ras Studio’s overhaul, which uncovered a hidden gabled ceiling where it could fit a polycarbonate-walled mezzanine level, and the colourful restoration of tile flooring and wooden ceiling beams to Nook Architects’ refurbishment.

Photography is by Roberto Ruiz.