The advent of 3D-modelling software may not spell the end for architectural drawing after all, says Owen Hopkins.

Architectural drawing is in crisis, one that’s arguably been brewing since the 1980s, with the advent of the first commercially available CAD packages and the new freedoms for the screen. Yet, the real revolution came with the arrival of complex 3D-modelling software in the 1990s.

These platforms are now all but ubiquitous and have become architects’ first and often only tool in the design process. As a result, it could be seen as doubtful whether conventional forms of architectural drawing have any relevance to architecture as it is practised in the 21st century. However, moments of crisis can also be ones of opportunity and new possibilities. Rather than being dead, architectural drawing could soon be reborn.

But what’s driving this rebirth and how might it proceed? To get to grips with this, we need to be clear about what actually constitutes an architectural drawing.

Rather than being dead, architectural drawing might soon be reborn.

The first thing to point out is that drawing and design are not synonymous: the drawing is not the design; rather the drawing is of the design. The design of a building – or indeed of anything – does not and cannot exist as a physical thing. It is better understood as a kind of Platonic ideal, something that exists in the immaterial world of the mind, which is then made visible by the process of drawing. When an architect sits down and begins to sketch a design, they are not creating a design on the page; instead, what appears on the page is the making of the design visible, when abstract thought becomes something that is visible and communicable.

The difference between drawing and design might seem counterintuitive. However, it becomes easier to comprehend when we understand that even the most sophisticated architectural drawing cannot convey the full complexity of even the most simple architectural design: the interplay of different materials; the relationship between different volumes; the way light falls over a surface; how sound echoes through a succession of spaces.

These are all integral to a design, yet can only be captured incompletely, with the drawing acting as an inherently partial representation. So, in a sense, we can see the process of drawing as being about revealing a design – giving the previously invisible visual form – with what actually ends up on the page standing as a representation.

Because architectural drawings are by their very nature unable to offer a complete picture of a design, they are rarely produced in isolation. Instead, various drawings typically work together to build a coherent overall representation of a design from different perspectives, at different scales and at different levels of accuracy.

Here, drawing functions in representing the design – to clients, planners, builders, the public – and also revealing it, with each drawing bringing into focus a particular angle or level of detail that did not previously exist in reality. Historically, this required the creation of a succession of drawings, requiring highly specialist skills, gained through a long training and apprenticeship. The drawing types and conventions that were ingrained in these processes – plan, section, elevation, etc – while made much quicker and easier to produce, were largely retained by the first generation of CAD.

Architectural drawing usually points towards a building, but it always has something more to say

Today, with 3D-modelling central to the architectural process, these conventions have become largely redundant, with any element of the building able to be viewed from any angle and manipulated in real-time.

On one level, we could see the 3D model as just another type of drawing, brought into existence via new technologies, and equivalent in its disruptive effects to the way photography abolished the hand-drawn perspective of an existing building in the 19th century. This would, though, be to underestimate the extent to which the 3D model constitutes a paradigm shift in how architecture is designed and visualised – one that arguably renders drawing entirely obsolete. While the 3D model might look like a drawing of a design, it is fundamentally different. A 3D model is not a representation of a design; it is the design itself made manifest. 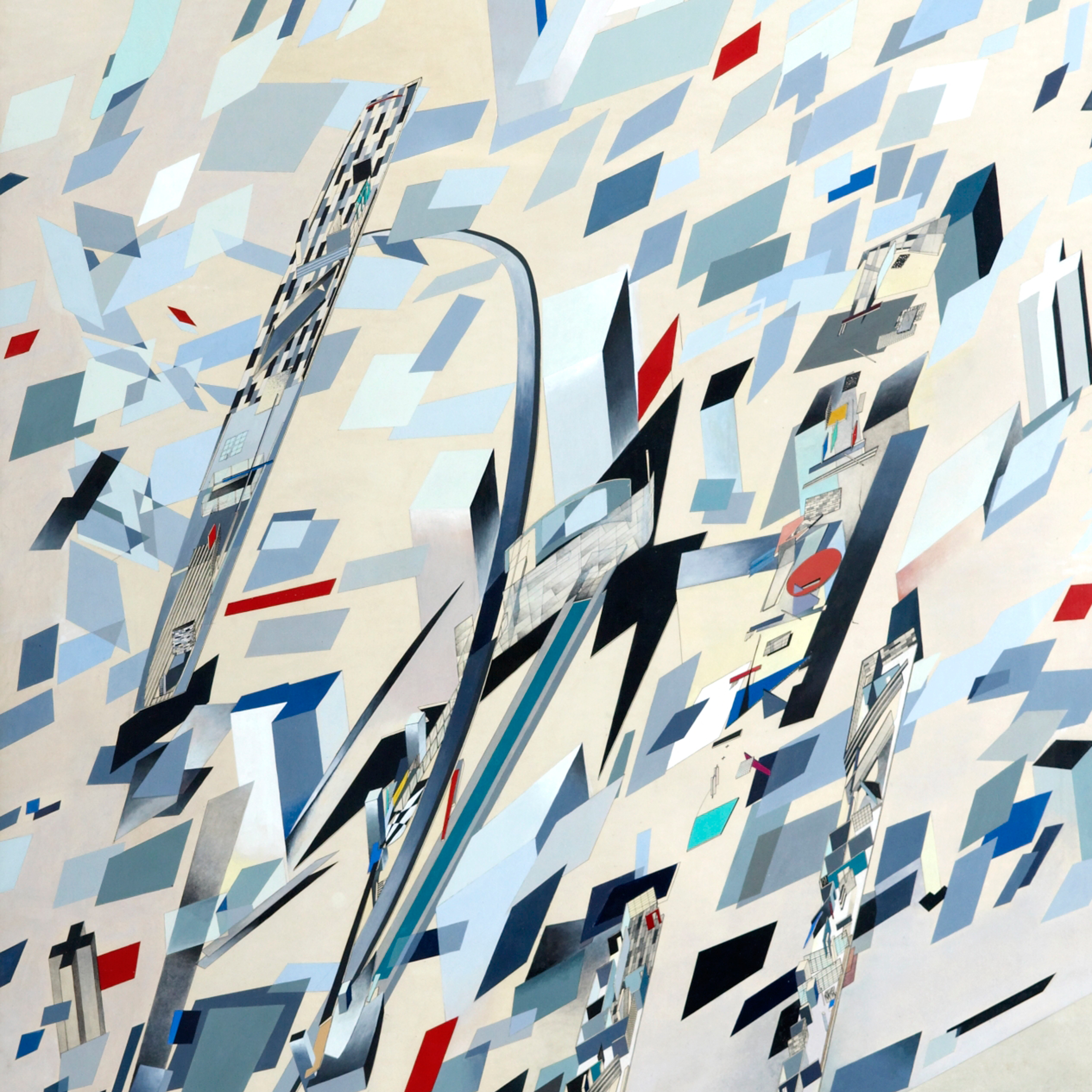 This may appear a subtle distinction, but its importance is quickly apparent when we consider the differences between drawing and 3D model. Existing as one single entity on the screen, the 3D model is infinitely scaleable and infinitely malleable. Traditionally, a new drawing would always be required to reveal some aspect or detail of the design that was not represented in an existing drawing. With the 3D model, when we zoom in on a particular detail, we see the design exactly as it is; there is no need for additional work to reveal what we cannot yet see.

If additional details are created, then these are incorporated directly, with the design itself changing, rather than being revealed as it would through conventional drawing. For the first time, the design has subsumed the drawing.

The 3D model need not be the end of architectural drawing, it can be its liberation

The huge technical advantages of 3D-modelling – its speed, accuracy, adaptability – make drawing appear slow, cumbersome and imprecise, with the limits of the page appearing in stark contrast to the infinite creative possibilities of the screen. As a result, drawing has all but disappeared from the architectural process, leaving us to wonder: why would architects continue to draw, other than as an exercise in quaint nostalgia?

The answer is, they can now see drawing as an opportunity, rather than as a deficiency. As representations, every architectural drawing is by definition mediated, possessing a kind of in-built language that reflects when it was made, who it was made for and who it was made by.

In other words, while an architectural drawing usually points towards a building, it always has something more to say, some other messages conveyed through the means of its representation: in its style, technique, materials, even its scale.

Owen Hopkins is an architectural writer, historian and curator. He is senior curator of exhibitions and education at Sir John Soane’s Museum and was previously architecture programme curator at the Royal Academy of Arts. He is the author of books including Reading Architecture: A Visual Lexicon (2012), Architectural Styles: A Visual Guide (2014) and Mavericks: Breaking the Mould of British Architecture (2016).

Main image is a sketch by the late Jan Kaplický.

The post “A golden age of architectural drawing awaits” appeared first on Dezeen.