Designer Anda Andrei explains how the interiors of the 11 Howard hotel are designed to age over time in this movie Dezeen filmed for the AHEAD Awards in New York. 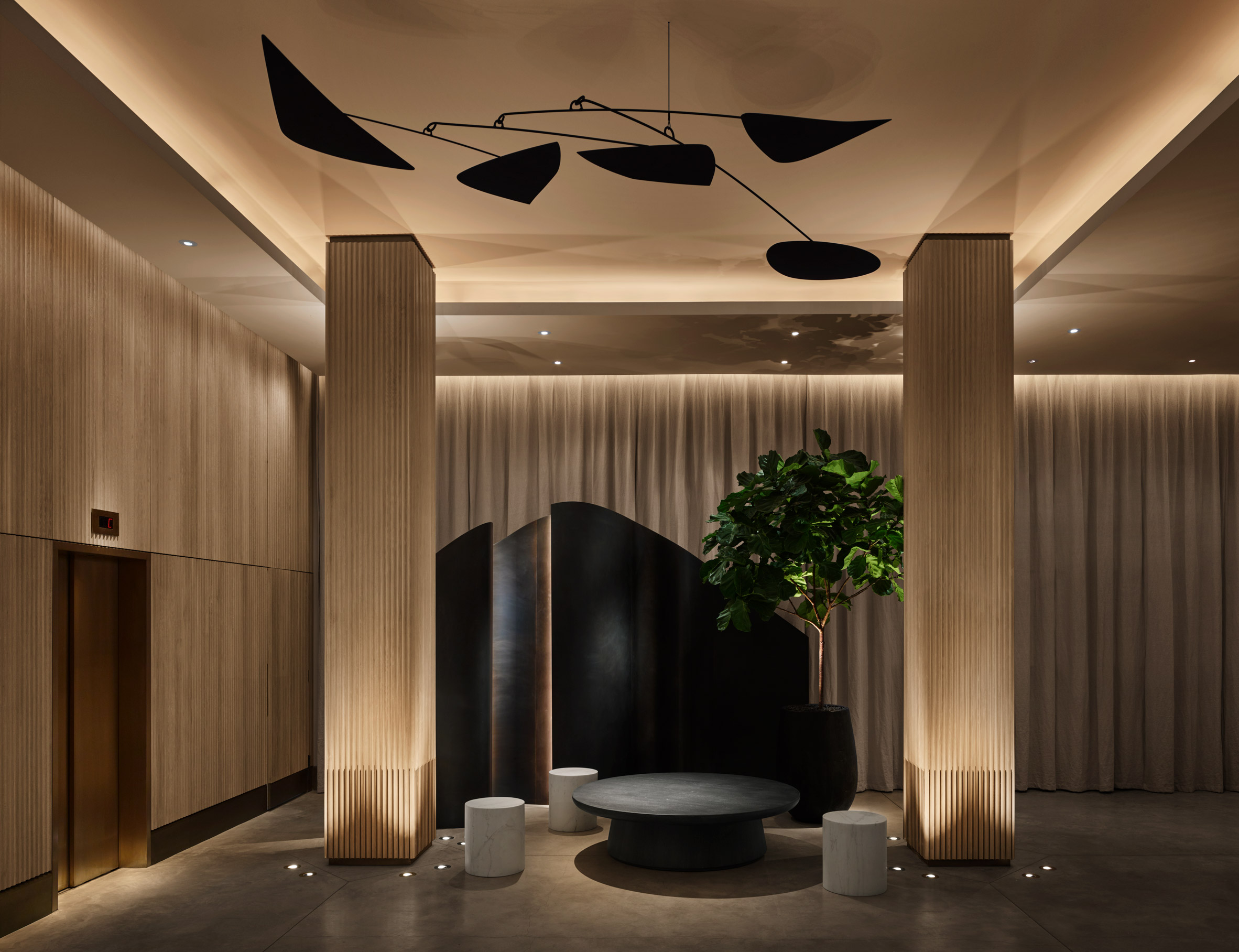 11 Howard, which is shortlisted in five categories at the inaugural AHEAD Americas hospitality awards, is a renovation of a former Holiday Inn in Soho, New York.

Due to zoning regulations in that part of the city, the hotel does not feature a traditional lobby with check-in and concierge desks. Rather, guests enter a small space on the ground floor with a handful of tables and chairs and are checked in by members of staff with iPads. 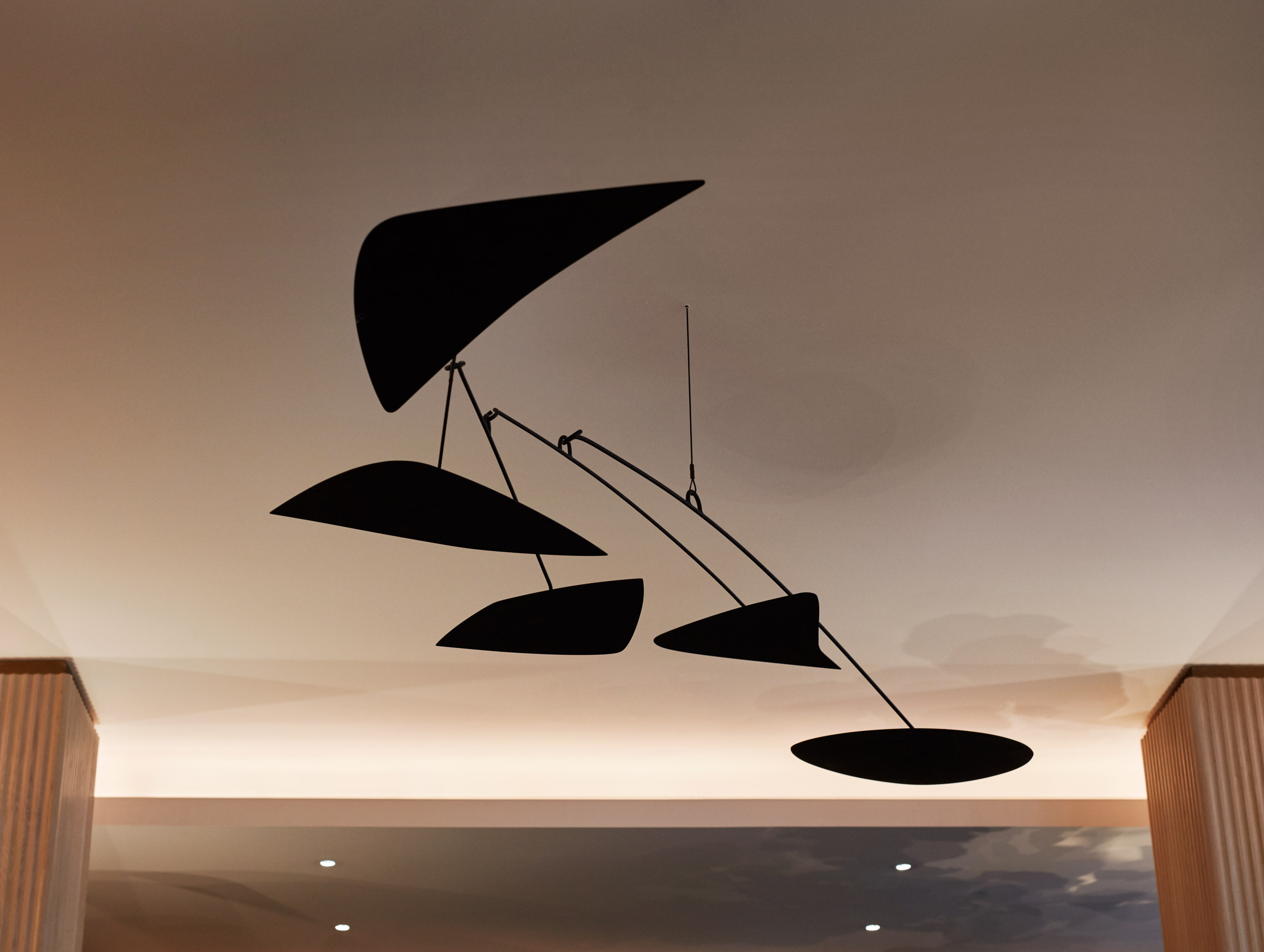 “In Soho you are not allowed to have more than 1000 square feet of hotel function on the ground floor,” Andrei explains in the movie, which Dezeen filmed for AHEAD in New York.

“So we came up with the idea to eliminate the old-fashioned check-in desk.” 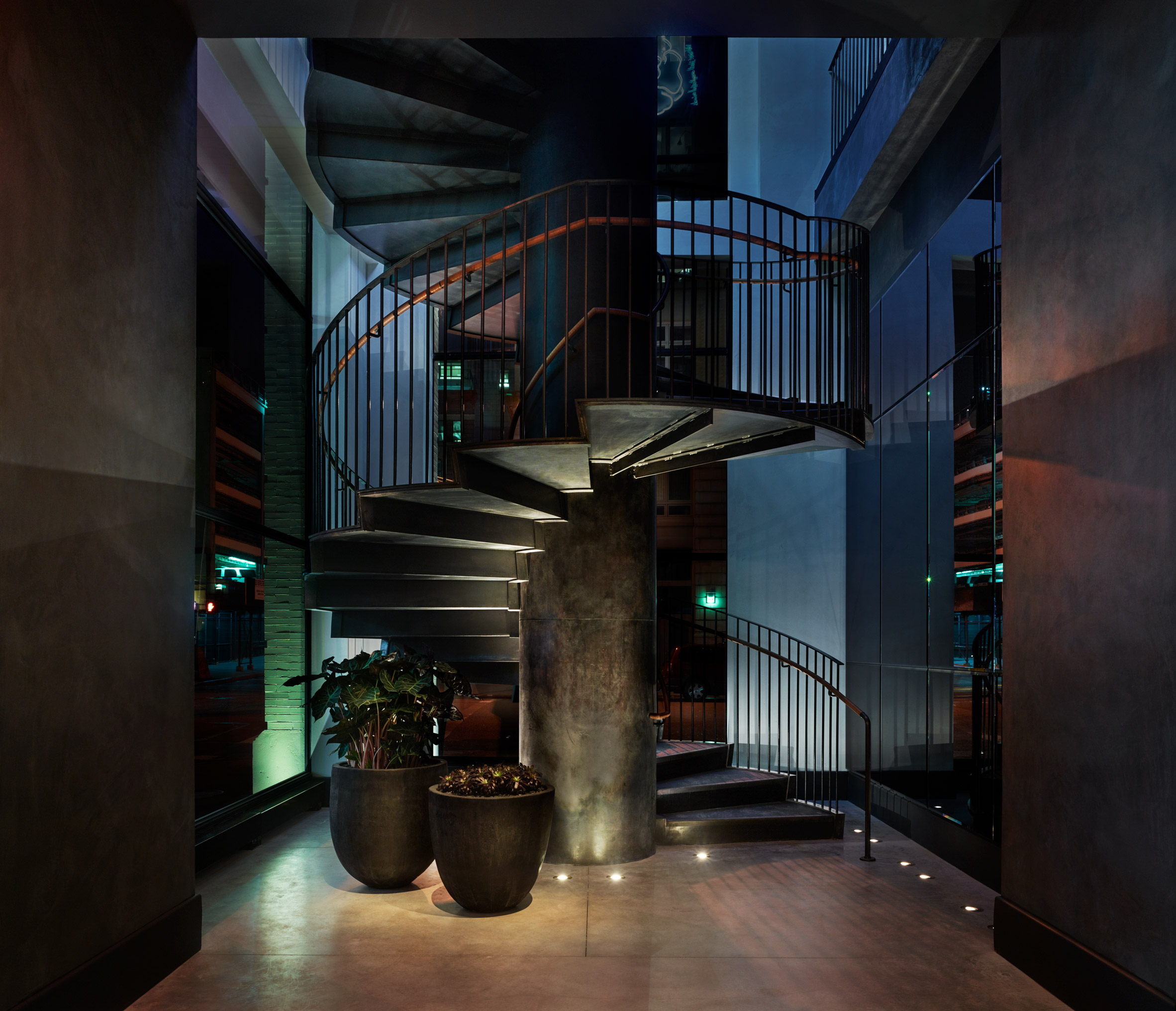 Andrei, who worked together with Danish design studio Space Copenhagen on the interior design, says getting rid of the check-in desk gave them the freedom to design the lobby like a “sculpture garden”, which features a mobile by artist Alexander Calder suspended from the ceiling. 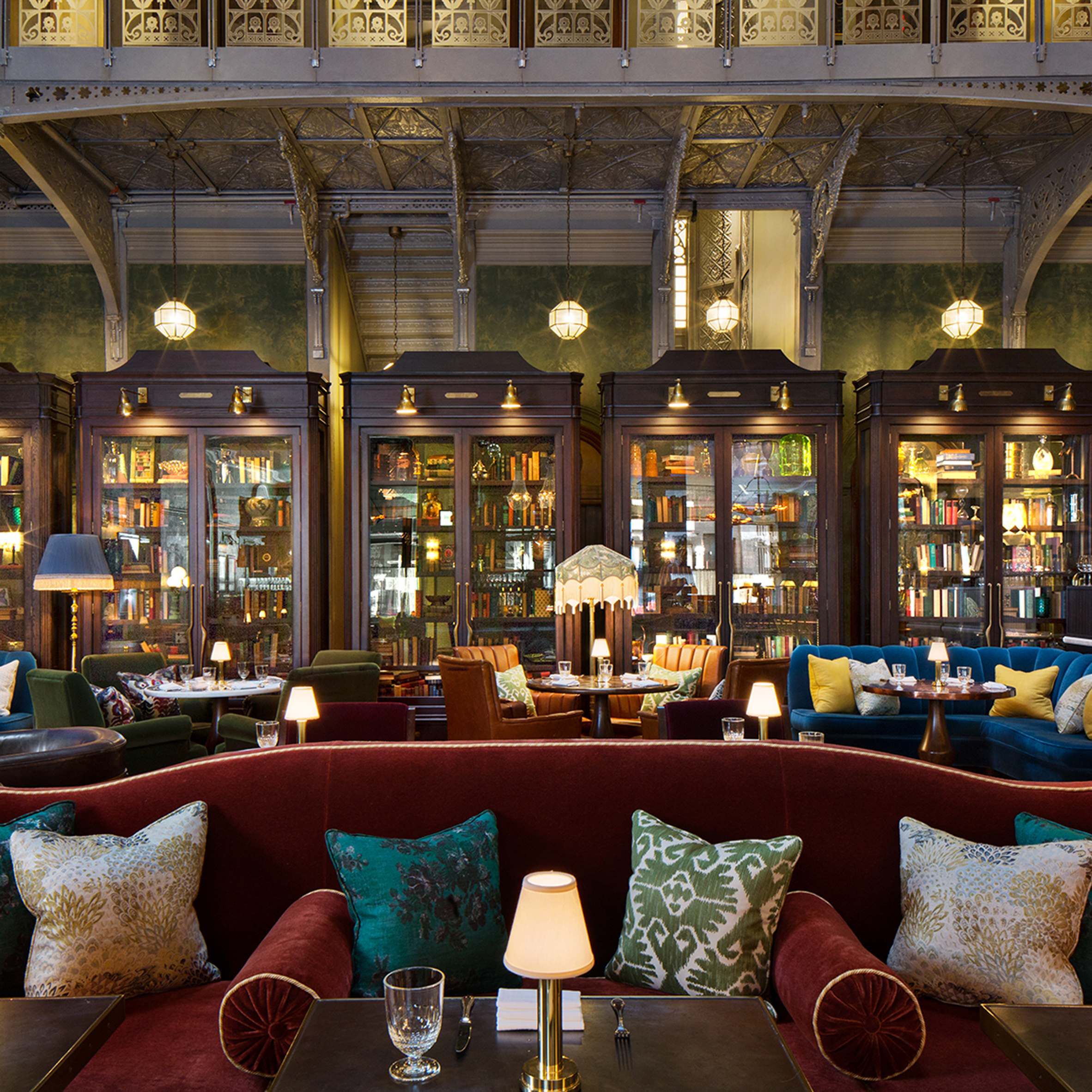 “We developed with Space Copenhagen these very sculptural pieces for the lobby,” she says. “And we also have a beautiful undulating screen that’s very feminine and cosy.” 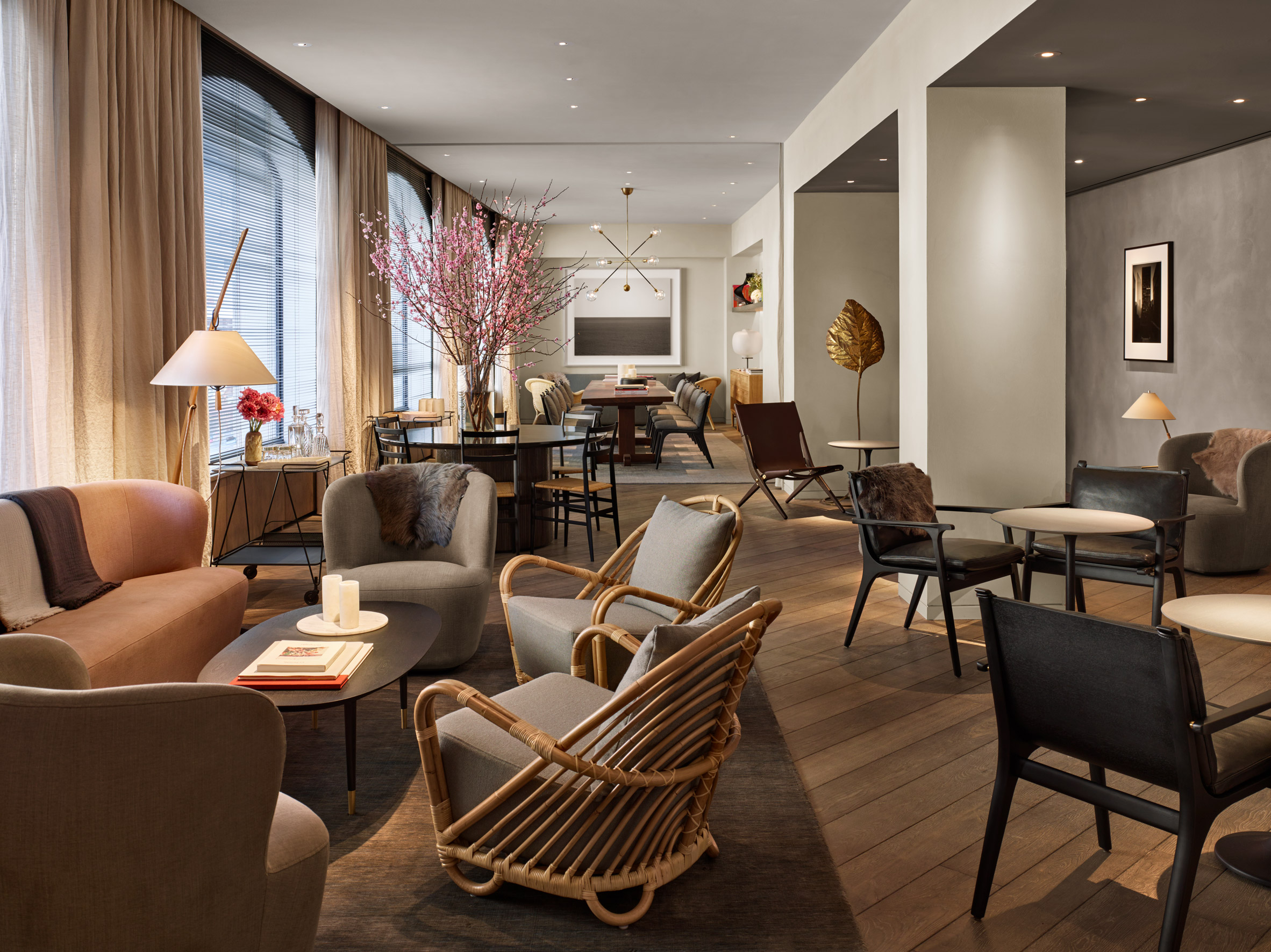 The rest of the public areas of the hotel are on the first floor, which visitors reach by climbing a giant spiral staircase.

These areas, which include a library and a bar called The Blonde, are furnished with a mixture of Space Copenhagen designs and vintage pieces. 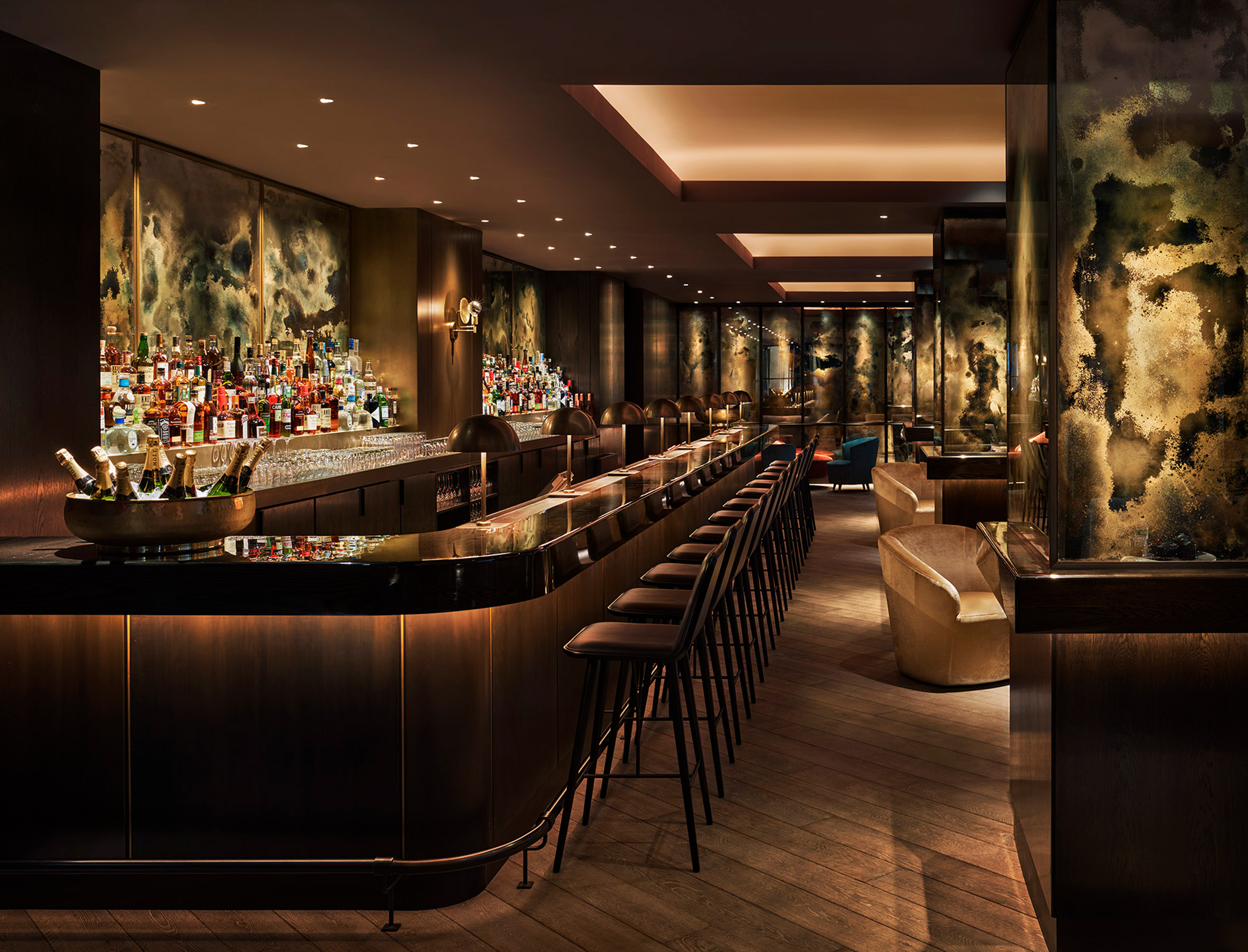 “We realised that we needed to create a great gesture to bring everybody up,” Andrei says.

“We started working on another sculpture, which in this case is a stair. It’s a bit rough, made of metal. It belongs in Soho.” 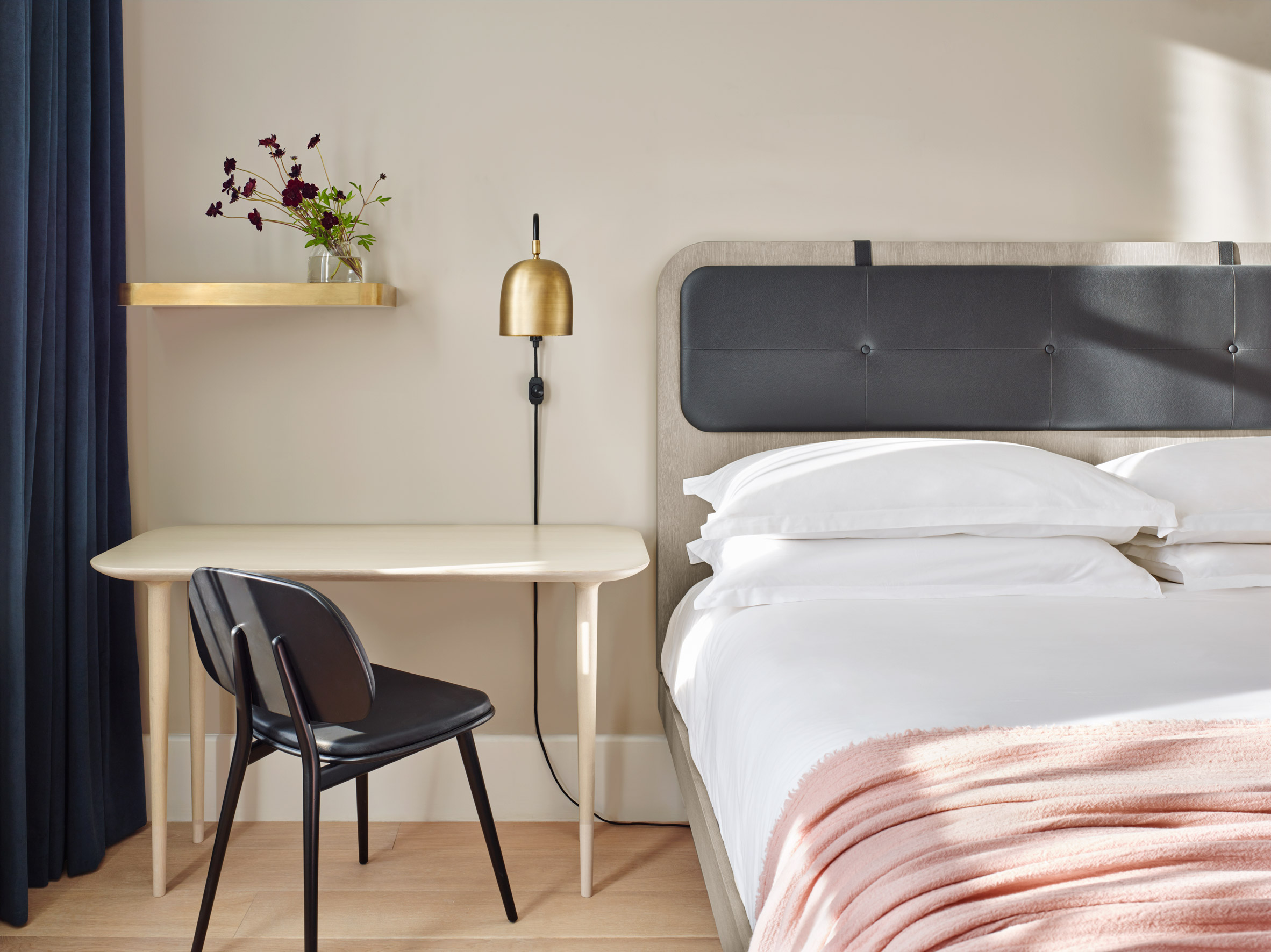 The guest rooms feature a subtle palette of colours and materials such as wood and brass, which Andrei says were selected to wear well over time.

“So you are in this very majestic space and Space Copenhagen came up with some beautiful designs for the furniture with a combination of different kinds of wood – they’re not matching sets at all. All of the materials will end up looking better in five years and not worse.” 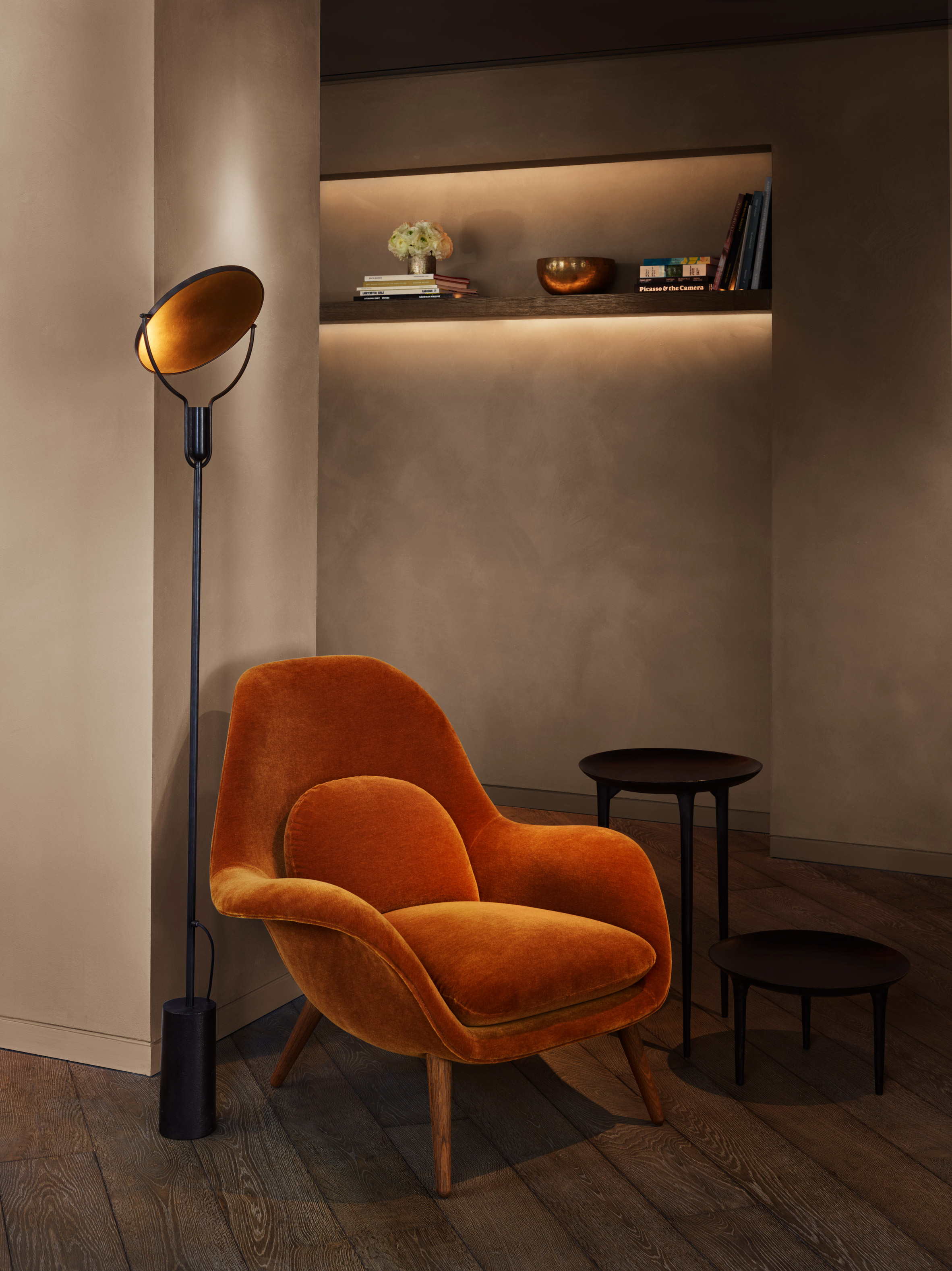 Andrei adds that she wanted to create a “timeless” aesthetic in the rooms, rather than following the latest fad.

“If you ask me which hotel I would like to stay in, it’s this one,” she says. “It’s the one that’s super classic and homely.”

This movie was filmed by Dezeen for AHEAD at 11 Howard in New York. All photography is by Nikolas Koenig, courtesy of Anda Andrei Design. 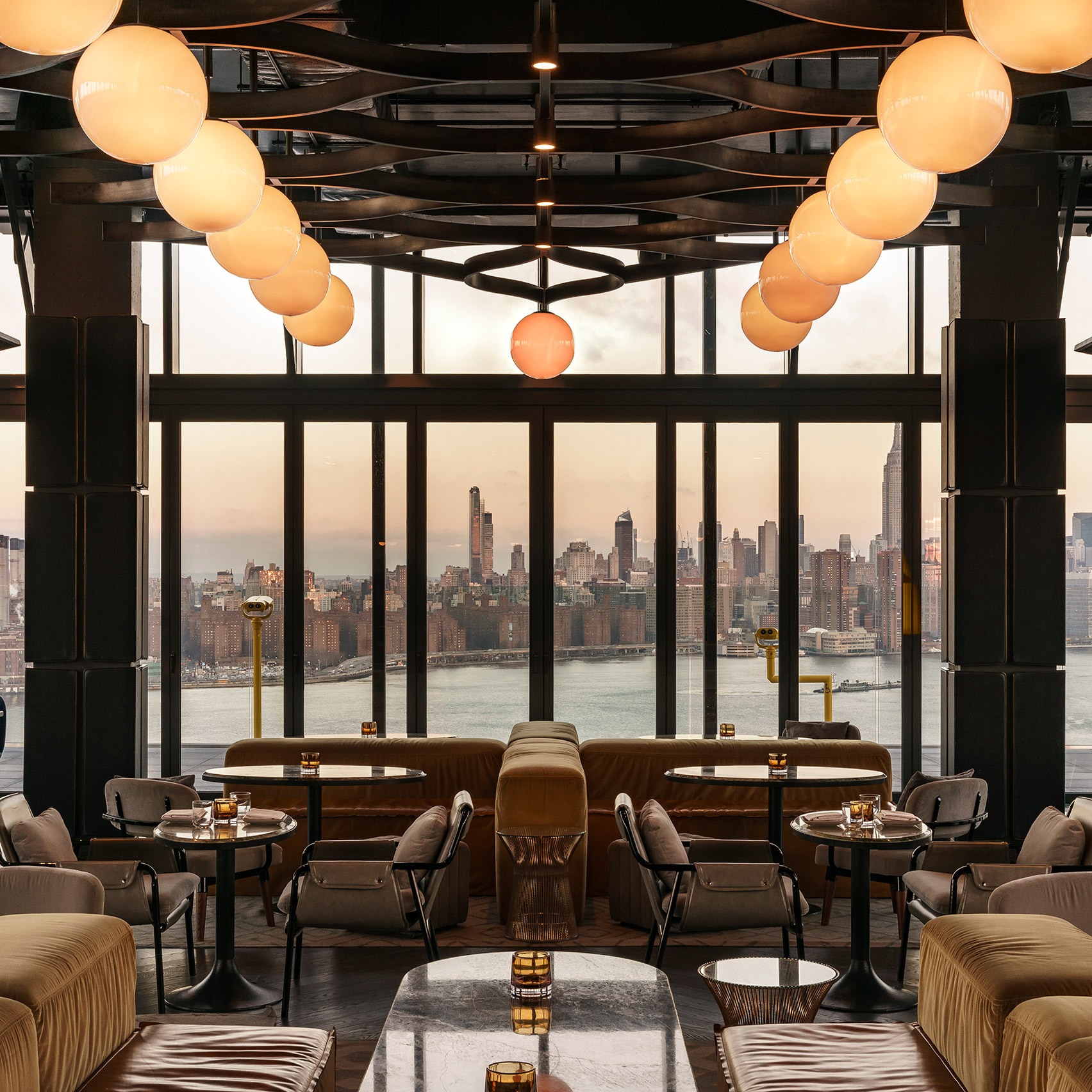