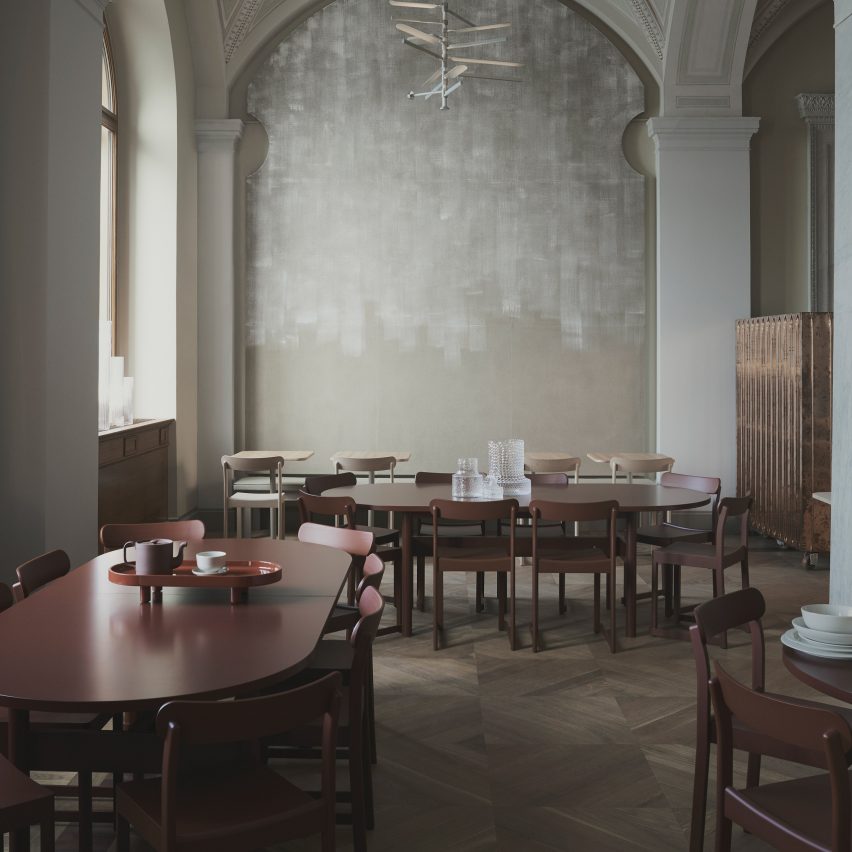 With Stockholm Design Week just around the corner, here’s a travel guide featuring our pick of the city‘s top places to eat, drink, sleep and explore, including a pared-back bistro and a revamped brutalist hotel. 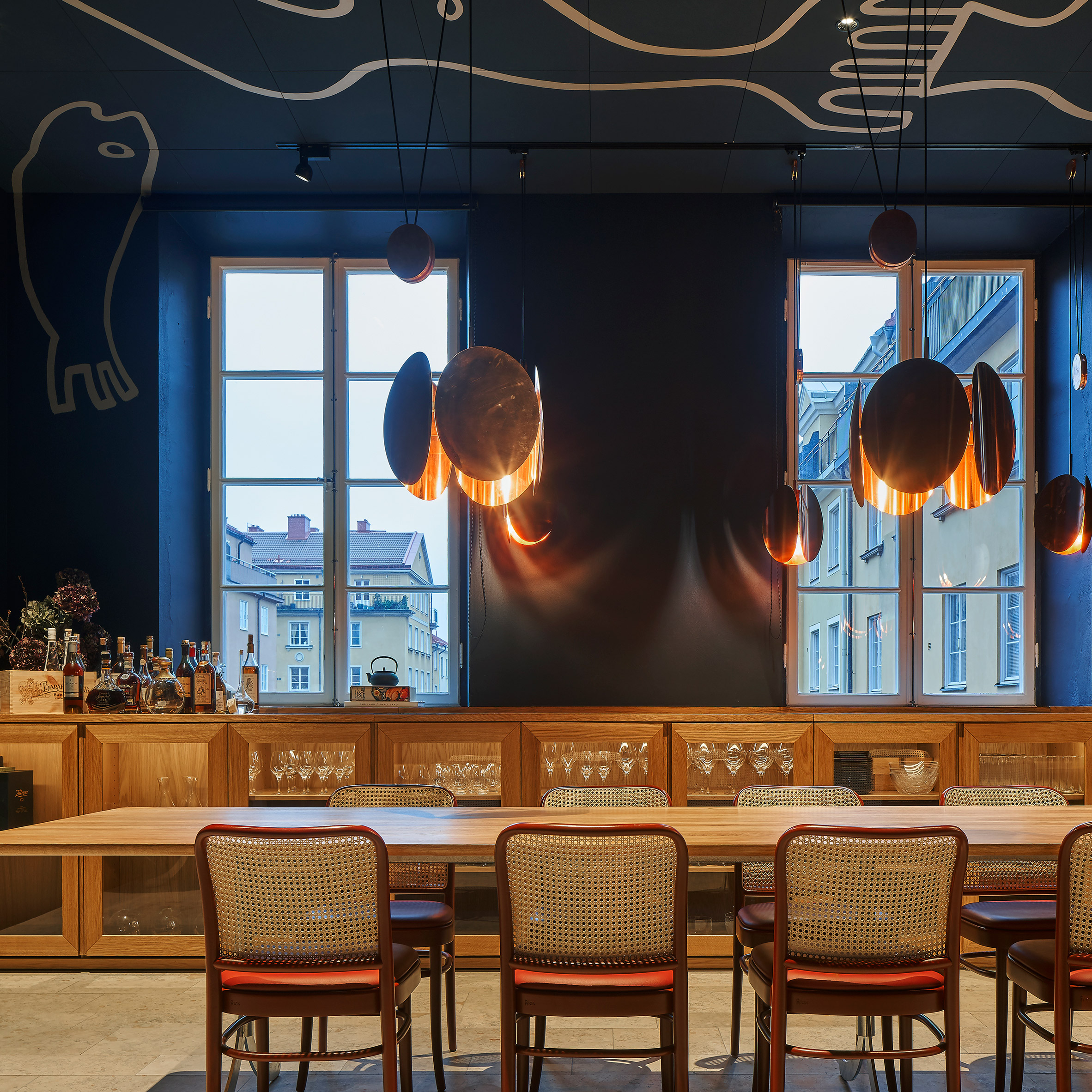 Described as the “mischievous younger sibling” to the already established Portal restaurant next door, this bar serves a wide variety of beverages and seasonal small plates.

After a somewhat unglamorous past as a sausage factory and tax agency, an industrial building in Stockholm’s Södermalm neighbourhood is now home to minimalist bistro Usine.

The menu brings together a mix of cuisines, under the steer of chefs Tim Karlsson, Michael Andreasson and Nicola Perrelli. 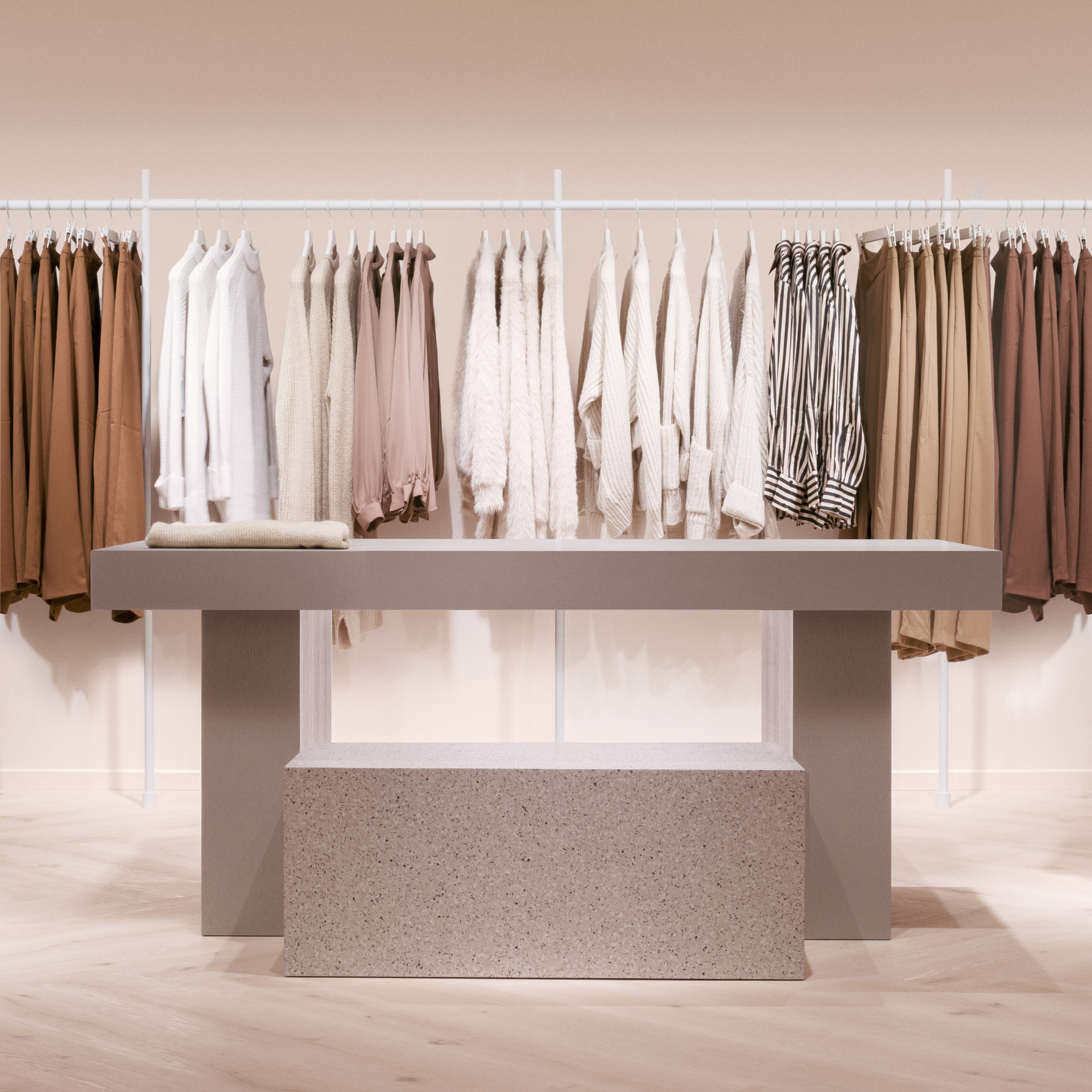 The Stockholm flagship of Swedish fashion chain Gina Tricot is designed by Note Design Studio and Open Studio to play on materiality and texture. Marble, glass, and terrazzo-like fixtures appear throughout the pink-hued interiors.

Customers can also grab a coffee or snack on the cafe located on the third floor, overlooking the busy shopping street of Götgatan below. 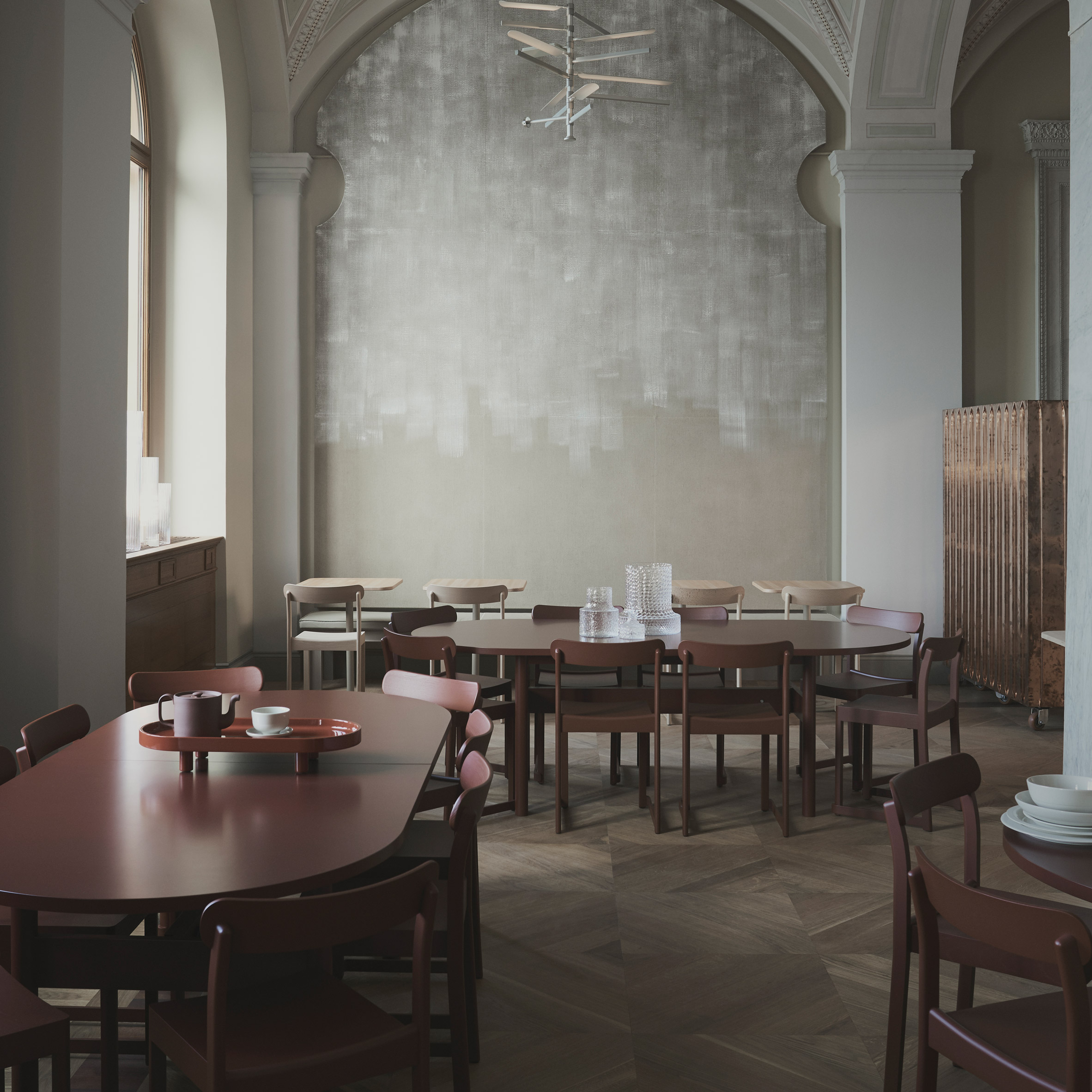 As well as the gallery spaces, which host paintings by Rembrandt along with other significant works of art and sculpture, there’s also a restaurant and cafe where visitors can enjoy modern Swedish dishes.

Dark-toned guest suites reflect the brutalist exterior of At Six, a hotel designed by Universal Design Studio in the refurbished former headquarters of a bank.

The hotel contains a 100-cover restaurant and a cocktail bar, plus an extensive collection of artworks. It often also functions as a venue for events during Stockholm Design Week – for 2019, it will host an installation by Note Design Studio and a launch party for Dezeen Awards.

A greenery-covered wall hints at the healthy salads on offer in this cafe, which architecture studio Matteo Foresti has finished with white walls, stone floors and simple timber bench seats.

Diners can also people-watch from the double-height arched windows that punctuate the cafe’s front facade.

A flash of colour is provided by pale yellow storage units, contrasting against the store’s polished concrete floors and beige textured walls. 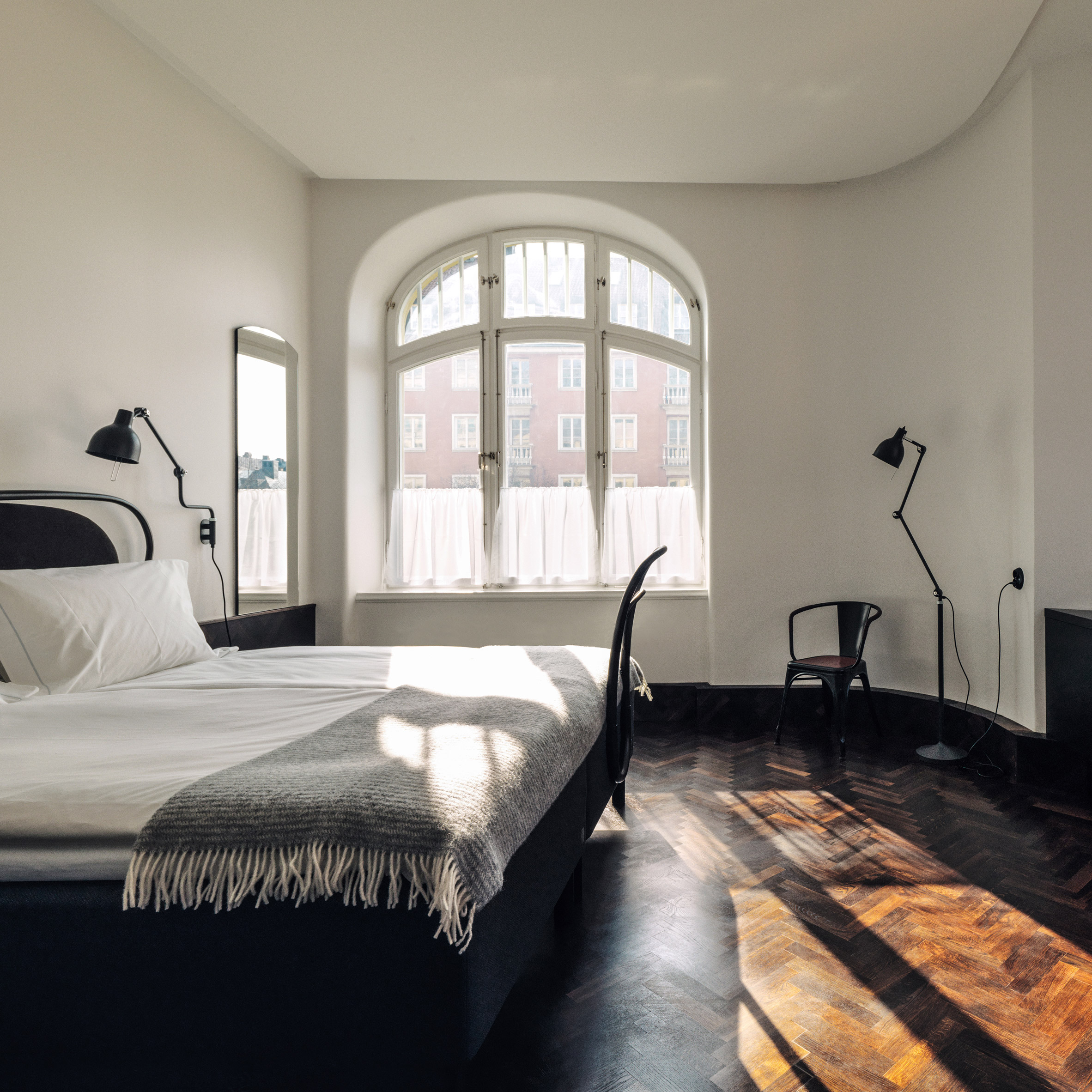 A 20th-century school building is the setting for boutique hotel Miss Clara, which takes its name from a prior headmistress.

Designed by architecture studio Wingårdhs to have a “palpable sense of heritage”, the interiors boast contemporary furnishings set against original decor features like wooden parquet flooring and arched windows. 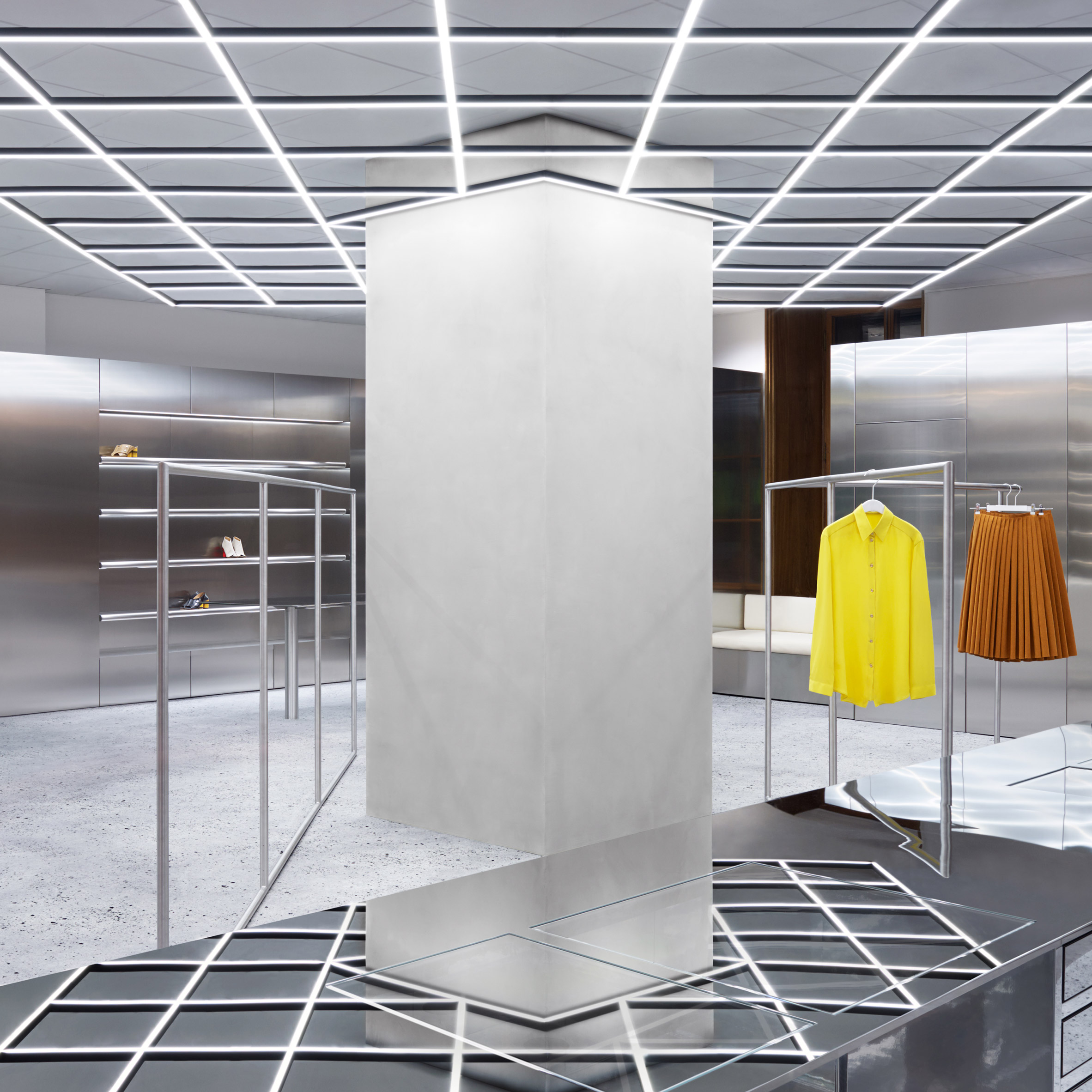 Located on the first floor of the Nordiska Kompaniet department store, this branch of popular fashion brand Acne Studios is the vision of British designer Max Lamb.

Lamb designed four bronze-cast pieces of furniture for the store, based on the “organic” form of expanded polystyrene, and these are accompanied by shiny steel surfaces and flecked carpets.

The post 10 hotels, restaurants and other places to visit in Stockholm appeared first on Dezeen.