Set on a stretch of formerly disused waterfront near the city’s central business district, the three skyscrapers provide a new financial services hub for Barangaroo. 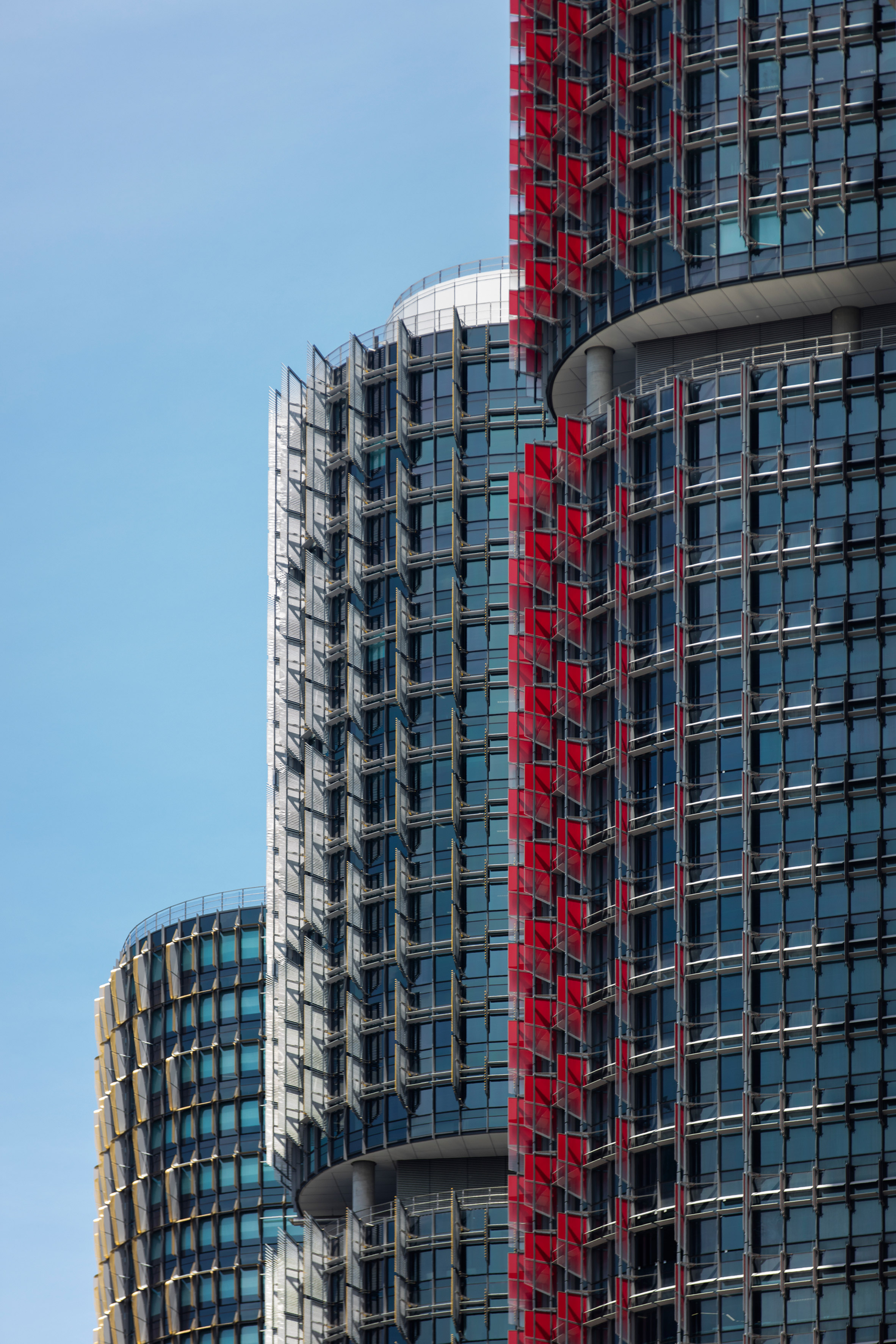 Each of RSHP‘s towers are divided up into three stacked sections. These segments have two curved and two straight sides that create oblong floorplans within.

The three blocks are positioned on a radial geometry that contrasts the existing gridded urban plan. This positioning aims to maximise sunlight and views of the city’s western harbour. 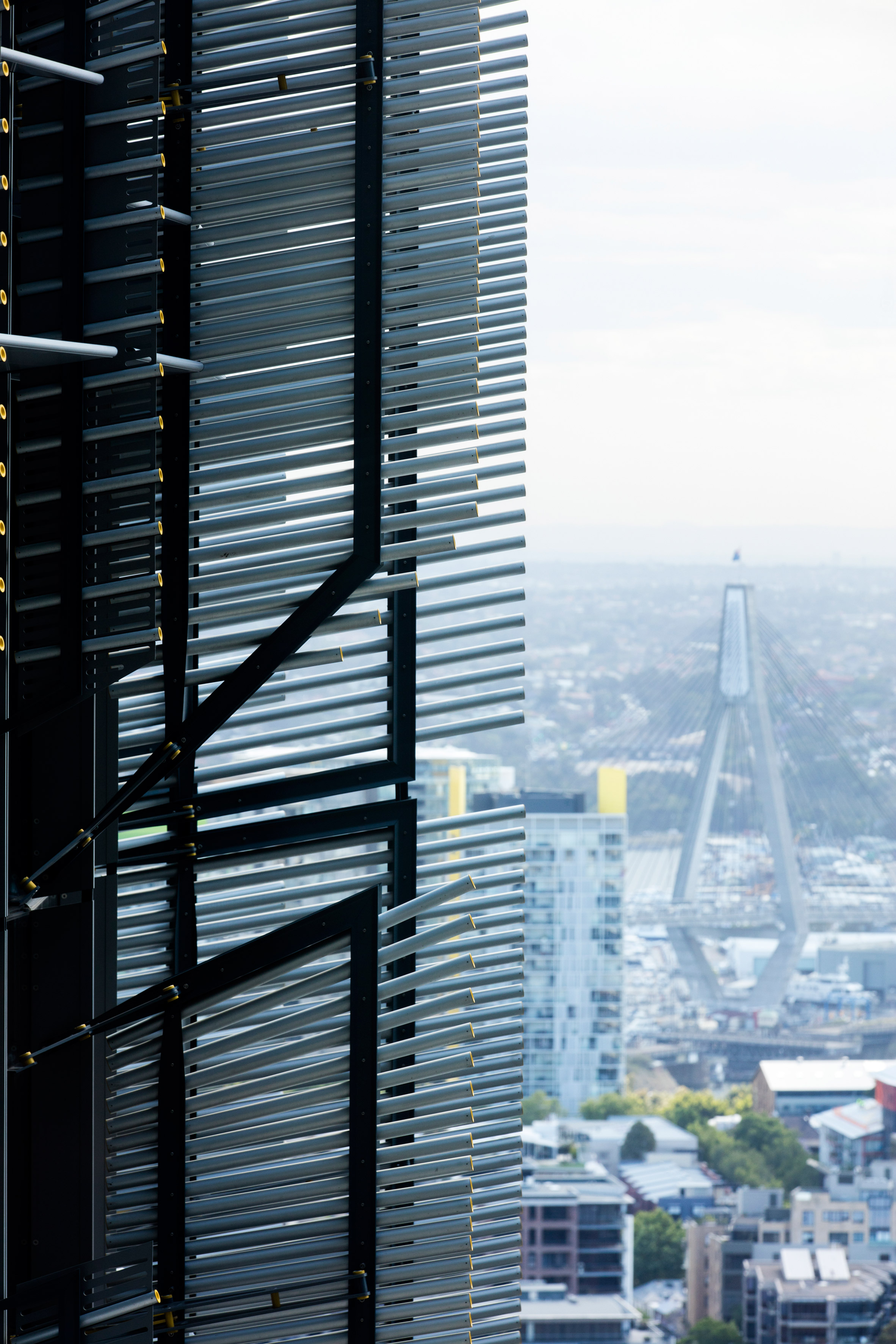 Red and yellow filigreed fins project away from the facades to shield the glazing from too much direct sunlight.

“Sydney is one of the most magnificent port cities in the world, but historically the city has never reached the waterfront,” said studio founder Richard Rogers. 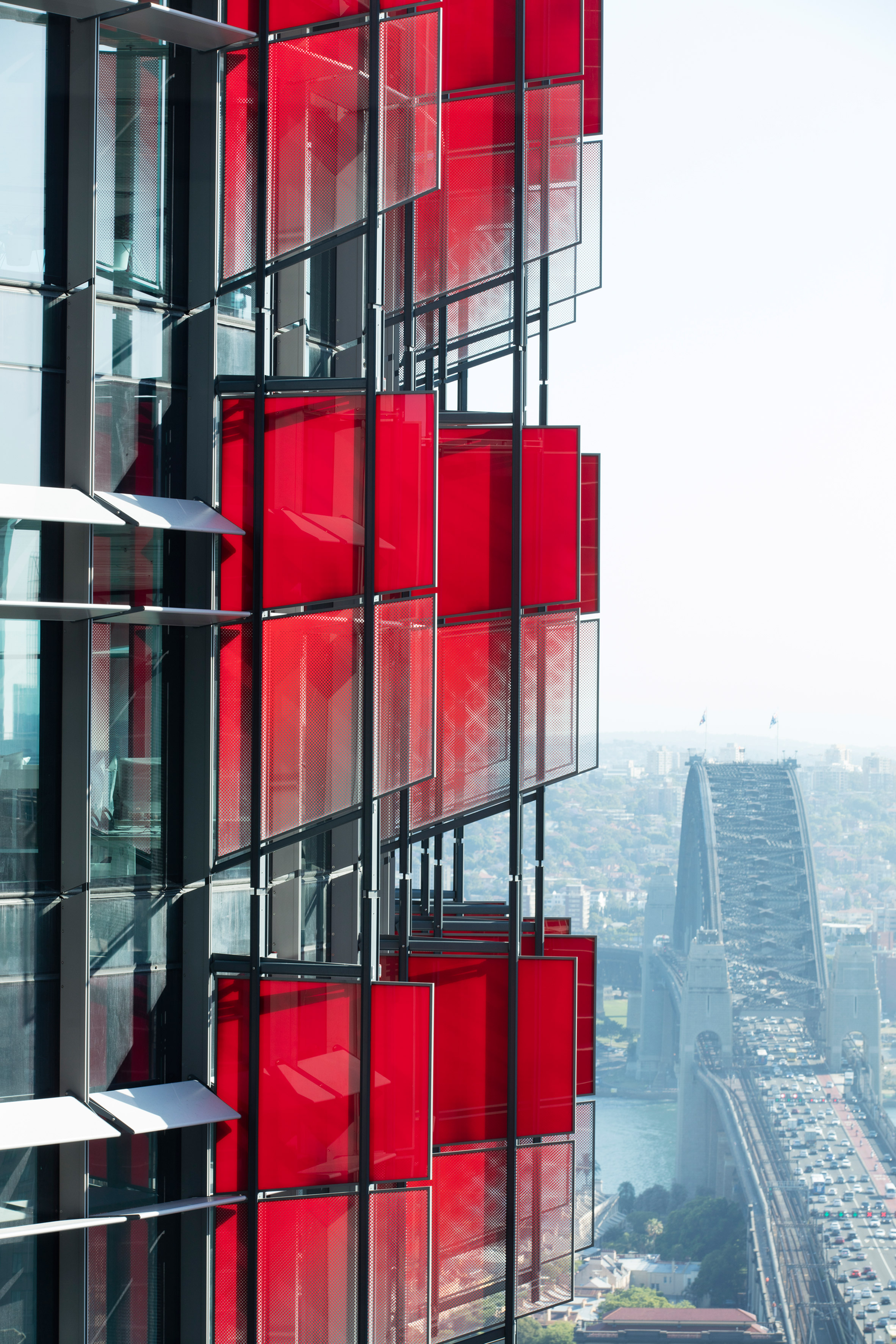 “One of the main aims of this project was to extend the CBD down to the waterfront, creating a new district of work and leisure, with 50 per cent open space,” he continued. “Since the towers have been built, the area has been teeming with people, life and vitality, showing that this was absolutely the right response to the area.” 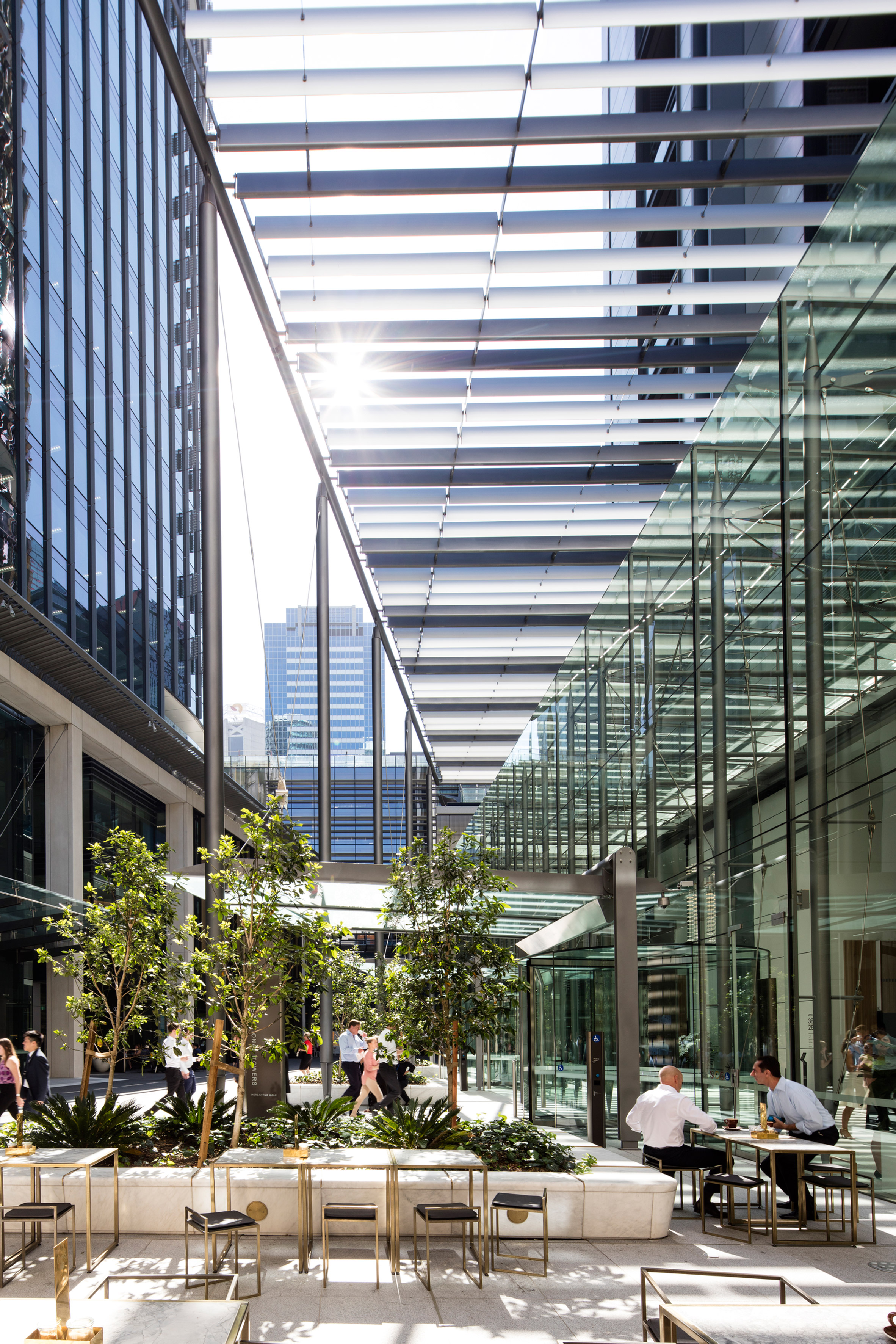 Collectively the towers provide 300,000 square metres of office space for 23,000 workers. Each of the 2,500-square-metre floorplates is designed to give tenants the flexibility to create individual offices. Occupants include the site’s developer Lendlease, Gilbert + Tobin lawyers, HSBC bank and auditor KPMG. 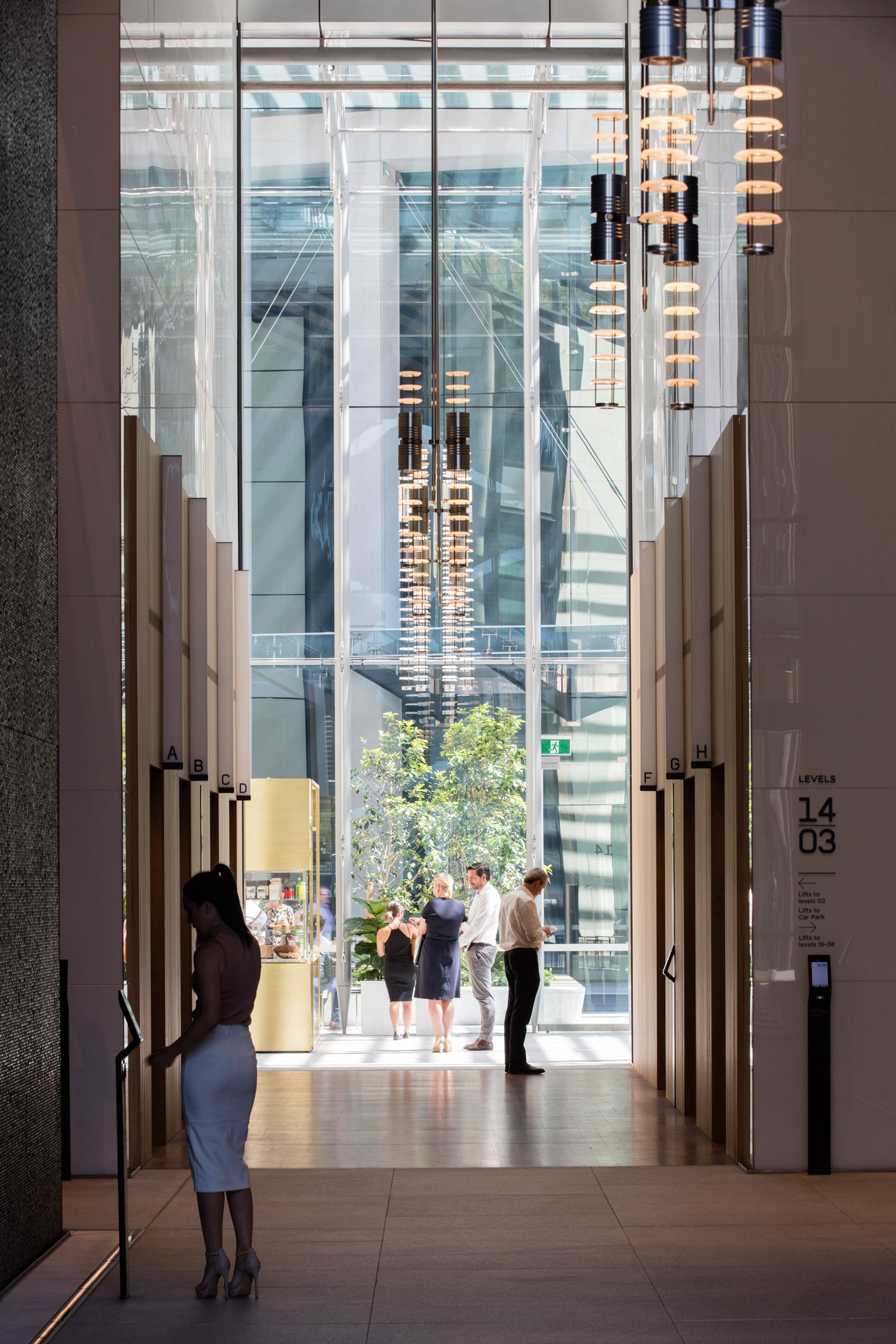 Glazed lobbies at the base of each are intended to give the towers a more human scale at street level. The large windows also ensure the entrances are adequately lit and ventilated.

“We designed the towers and their surrounding streetscape and waterfront holistically, and have worked to ensure the delivery lives up to that high standard, retaining and enhancing the core place-making concepts that set them apart years ago,” said partner Ivan Harbour. 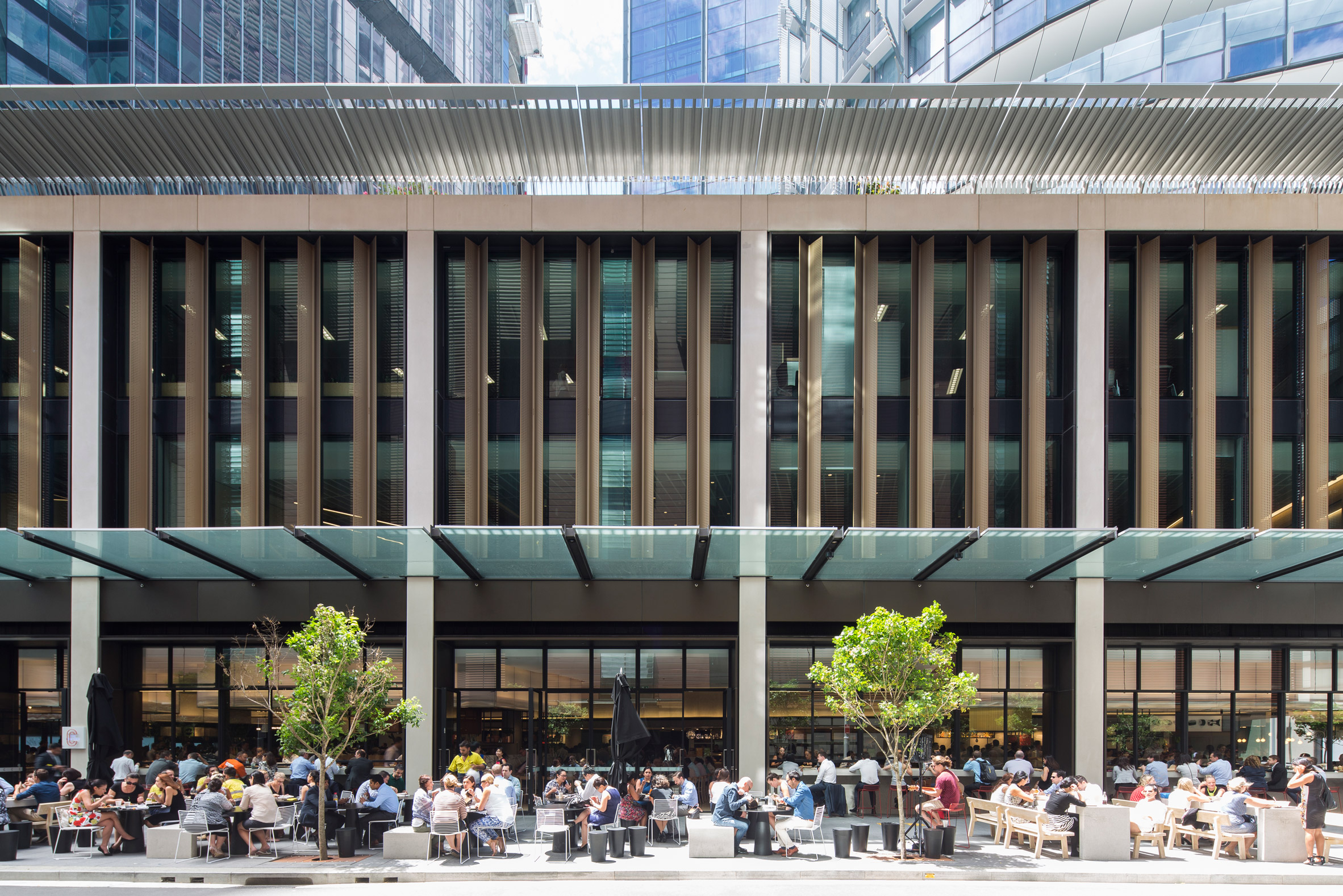 The development makes use of solar panels, rainwater retention and recycling, and an underground bicycle storage to help it achieve a 6-star Green Star rating.

Rogers Stirk Harbour + Partners, which moved into new offices inside its Leadenhall building earlier this year, recently completed a £160 million cancer treatment centre in central London and a prefabricated housing development in the south of the capital. 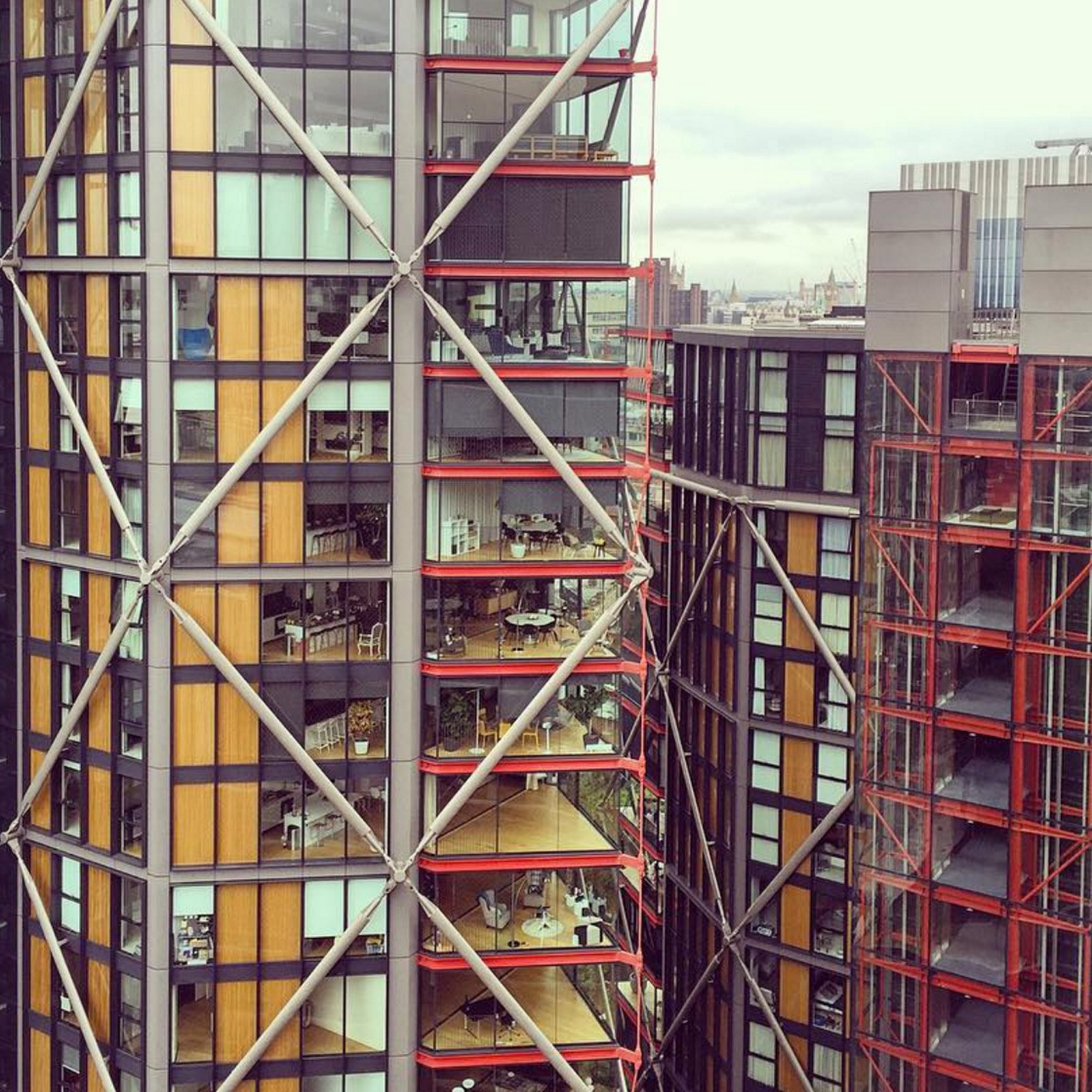 Photography is by Brett Boardman unless otherwise stated.