Curl la Tourelle Head Architecture has drawn up plans for “London‘s greenest public building”, a school that would be entirely powered using the tidal movements of the River Thames.

The conceptual plans for the Thames Tidal Powered School involve a building that juts out over London’s principle waterway. A series of large turbines positioned underneath would then allow the building to harness tidal power.

London-based Curl la Tourelle Head Architecture believes these turbine would be able to generate all the electricity needed for the five-storey school building, due to the high velocity of tidal surge at this point in the river – just down from Cannon Street station. 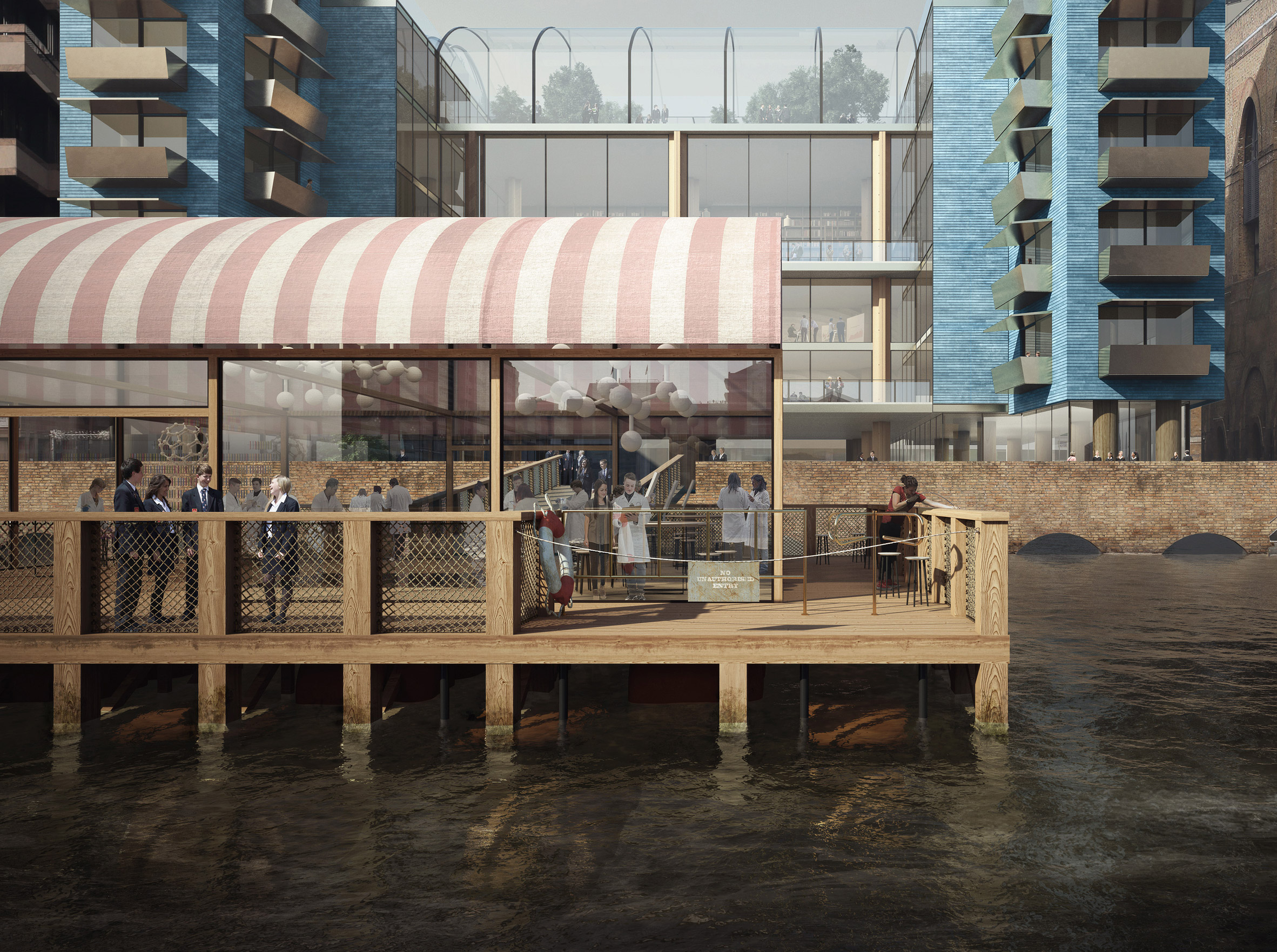 “As far west as Teddington, the power of the coastal tides is felt twice daily along the Thames, with a rise and fall of as much seven metres of water,” said Wayne Head, one of the studio’s two directors.

“The movement of water due to tides represents an untapped source of power that it’s high time London harnessed for good,” he told Dezeen.

“The site is located directly at the narrowest section of the Thames – meaning that the velocity of the tidal flow at this point will be the highest in the river. The plan is to capture this four-times daily energy through submerged tidal turbines as the primary means to supply the building with carbon neutral power.” 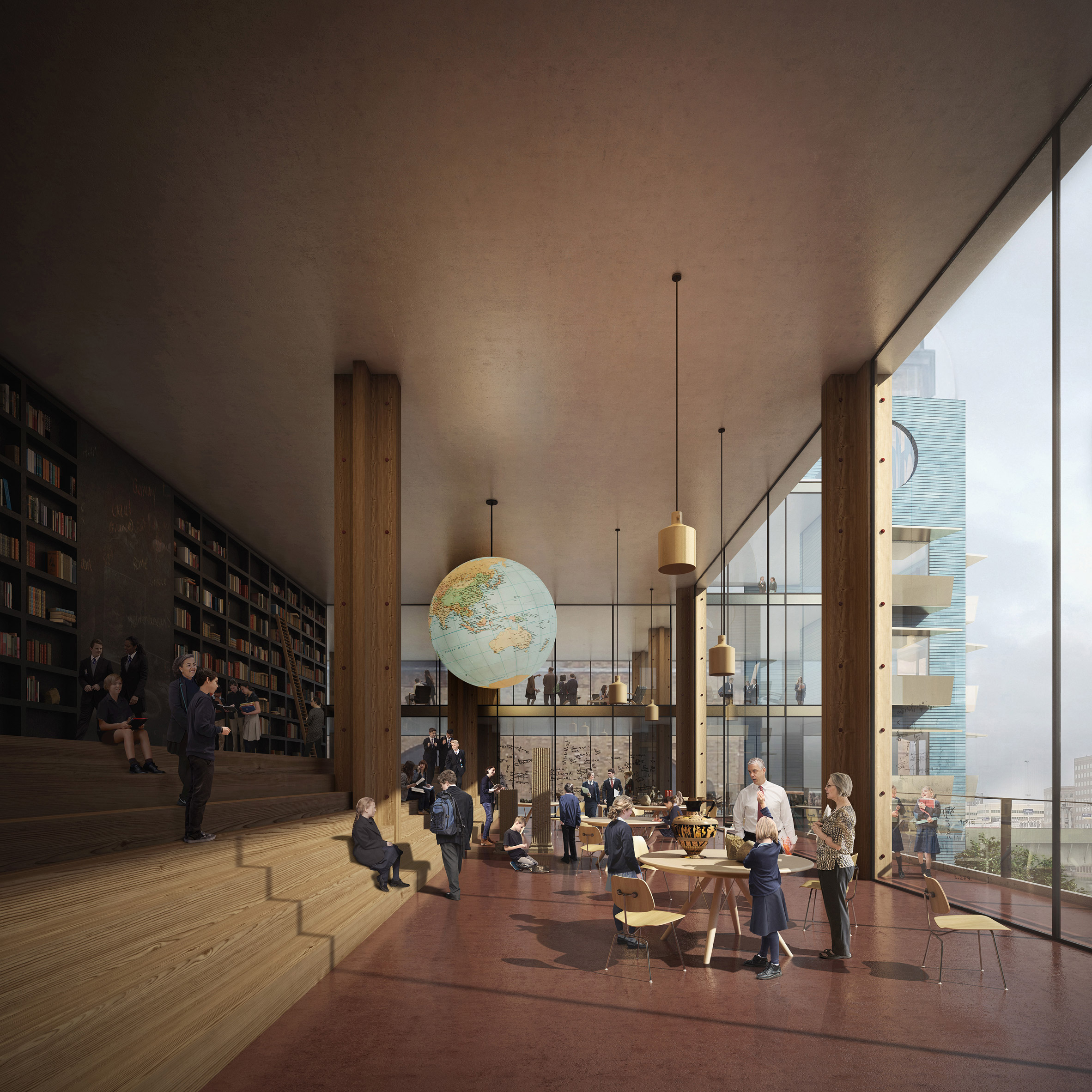 The site is currently used as a rubbish dump, where containers of refuse are piled up while they await collection by a boat that ferries them to a tip in Essex. According to Head, it is also the place where the Romans first landed in London.

The architect sees this project as an opportunity to create a model for sustainable architecture in the centre of the city. 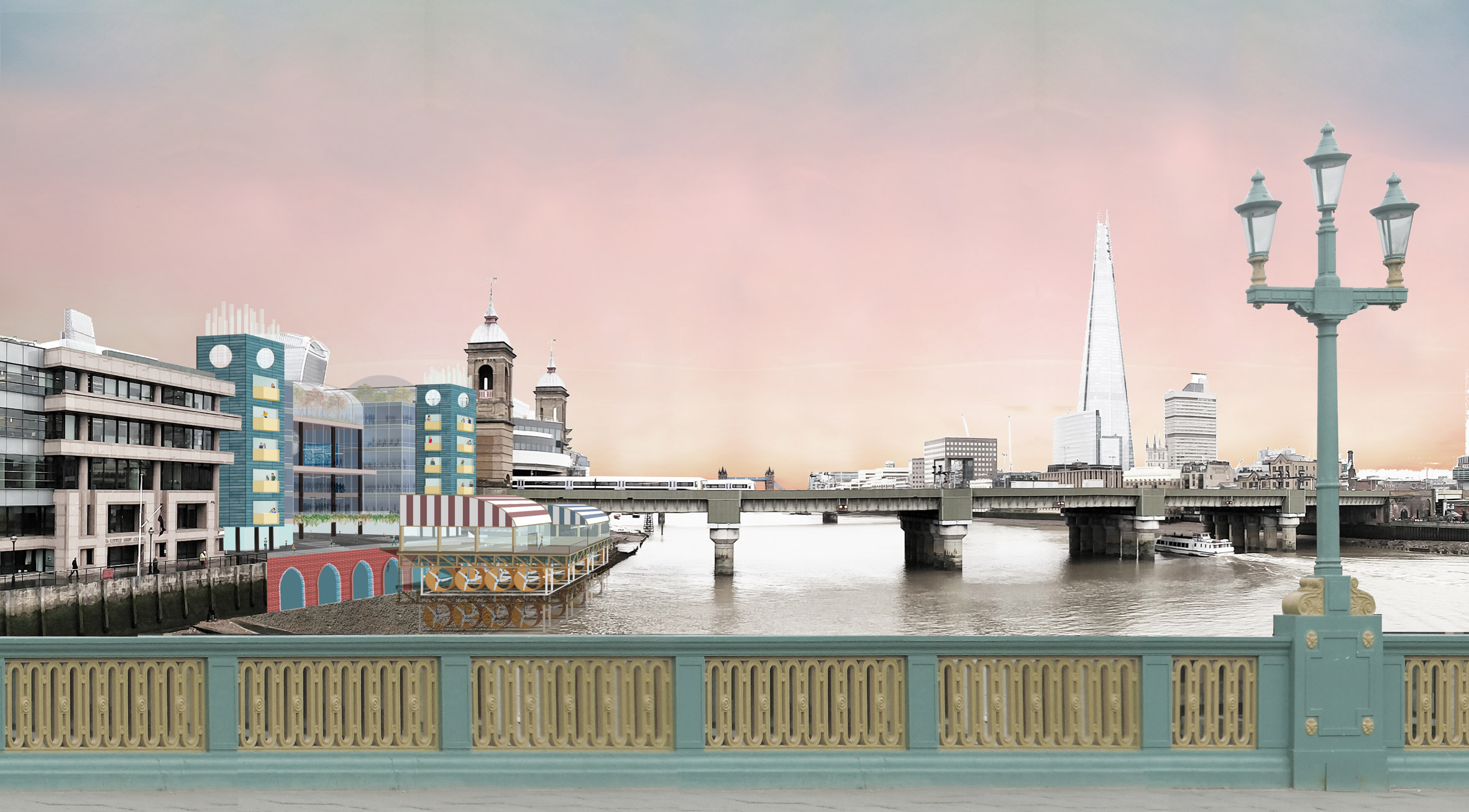 “Our intention is to create a school that is a recognised centre of excellence at a European level, providing world-class facilities through its sustainable design and use of materials,” he added.

The building is designed to achieve two major sustainability certifications, the Passivhaus standard and the BREEAM Outstanding rating. Not only would it exploit the benefits of the site’s microclimate, which include cleaner air and naturally cooler temperatures, it would also feature a number of carbon monitoring systems that would help the occupants to keep their carbon footprint down.

Meanwhile, the renewable materials used to construct the building would be left exposed, to serve as a demonstration that can be studied and replicated at other architecture projects.

“New materials can be substituted over time to provide up-to-date knowledge of materials that have recently been introduced,” said Head.

Plans are already in place to relocate the waste storage, as outlined in the City of London Waste Strategy 2013-2020 – meaning the project could realistically go ahead. Head believes the plans could even be built using UK technology, similar to the new Palace of Westminster proposed back in 2007.

Other designs featuring the technology include a floating city, a London airport and a community of 20,000 new homes.

Visualisations are by Forbes Massie. 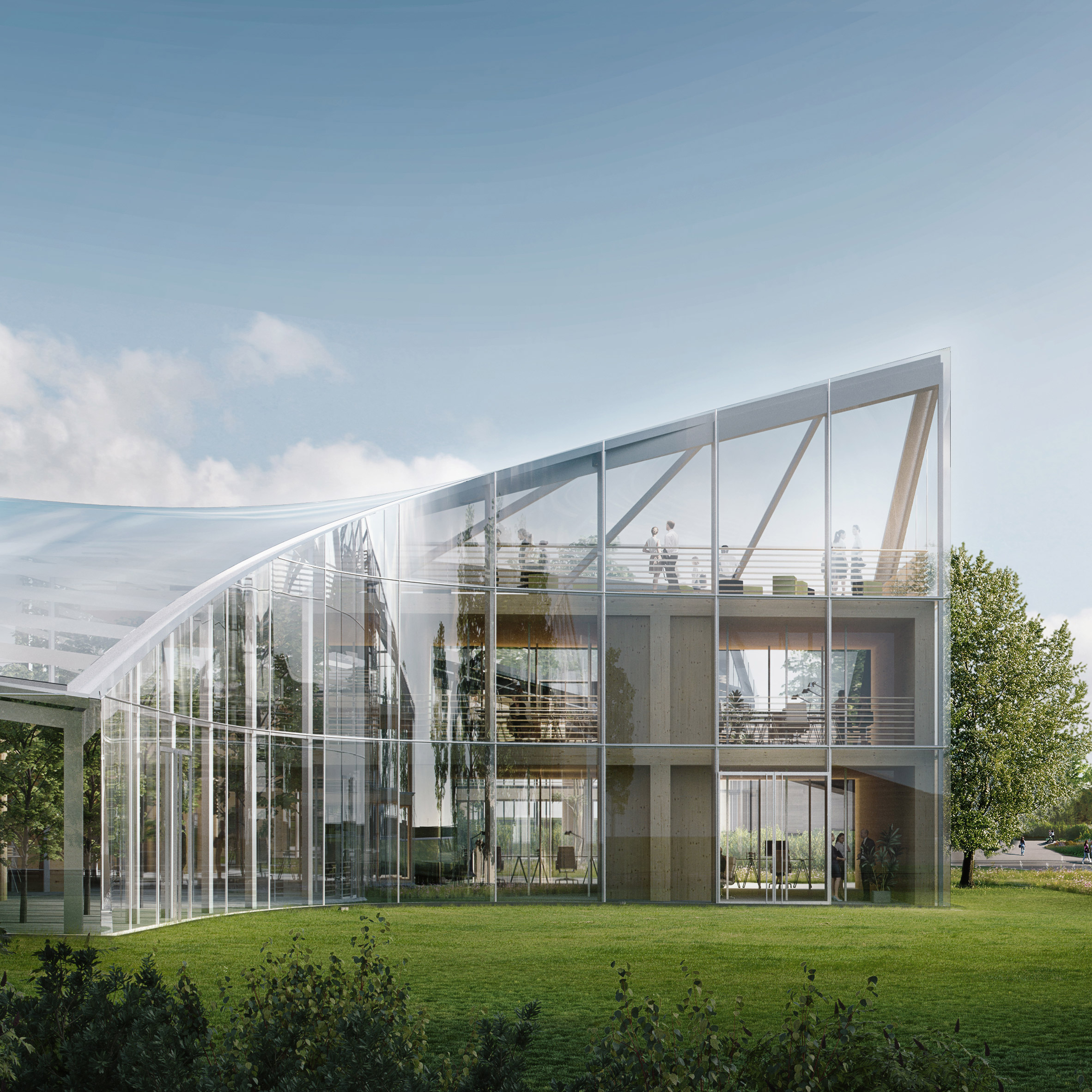