Dezeen promotion: the 10-tonne copper spiral staircase rising through an atrium of CEBRA‘s Experimentarium in Denmark is lit from above by Velux skylights. 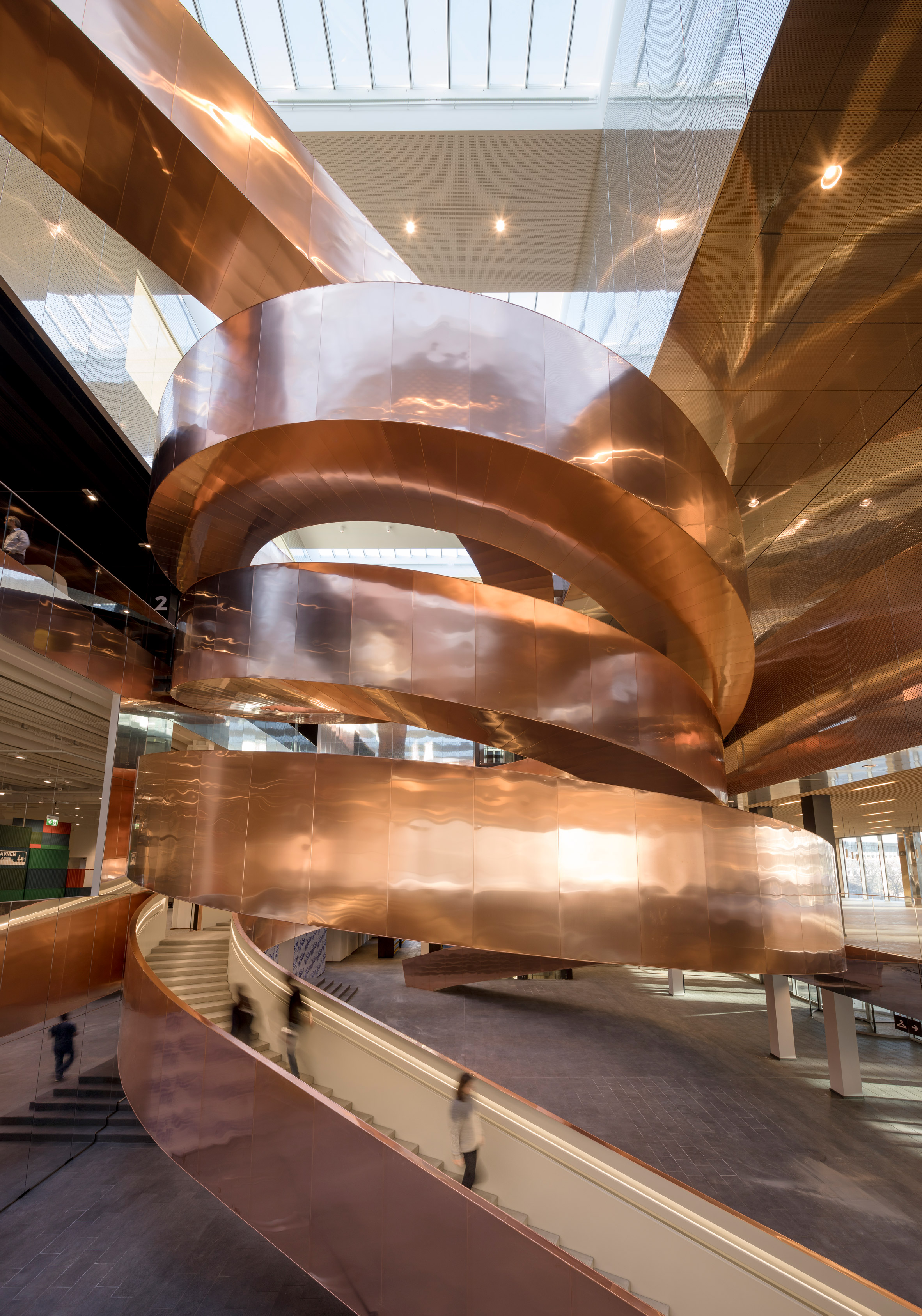 Shaped like the double helix strands of DNA, the spiralling staircase in the main atrium is clad in panels of polished copper. It is made from 160 tonnes of steel and covered in 10 tonnes of copper.

Light bouncing off of the mirrored surfaces creates a striking visual moment for visitors as they enter the Experimentarium. Both atriums serve as easy navigational routes for them as they move between the science centre’s exhibitions. In order to properly illuminate the atrium and its metallic stairway, CEBRA fitted the Velux modular skylights above the atriums.

“Daylight is used as a feature to enhance storytelling and to create quality workspaces for employees,” said Lars Gemynthe Gylling, associate architect at CEBRA. 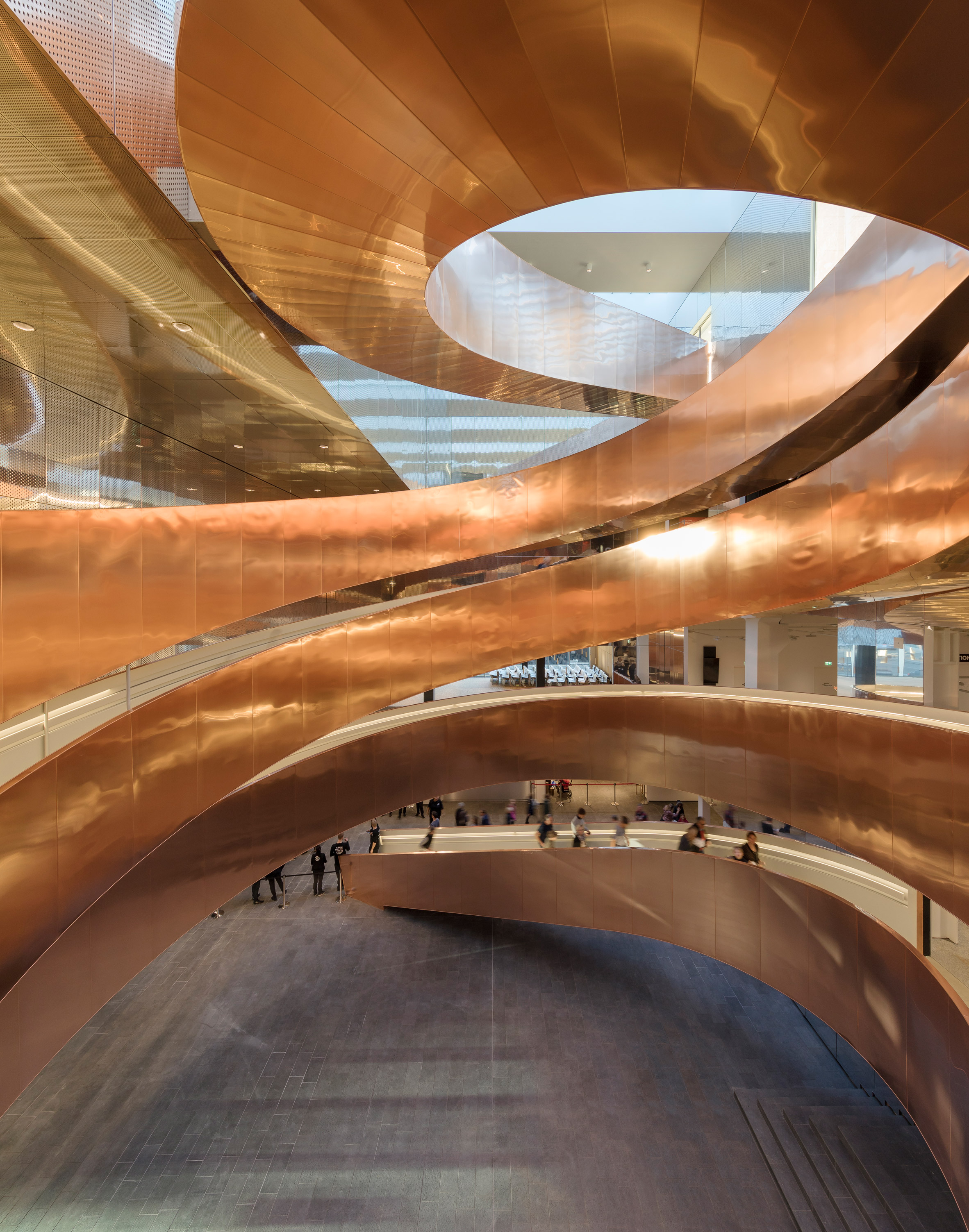 Natural light fills the multi-storey space, sparkling off the burnished metal and allowing daylight to reach the offices of the Experimentarium’s administrative staff.

The light-filled central space provides a contrast to some of the 16 new exhibition areas, many of which are kept in darkness to add to the the visitor experience. Using modular skylights allowed CEBRA to streamline the build process. The copper spiral staircase was lowered in from the roof, which was quickly closed with the Velux modules.

As well as lighting both atriums, the skylights form an integral part of the building’s ventilation system. When the architects decided to add more vents midway through the build they simply removed some fixed modules and dropped ventilation ones in their place. In the event of a fire, the vents would open rapidly to let the smoke out.

Velux systems were also used to let natural light into a school in a forest in Germany, and to brighten the laboratories of a disease research centre.