Guests at an eco-hotel in Tulum, Mexico, can spend the night in a sculptural treehouse that overlooks expanses of green jungle and turquoise sea.

The Treehouse suite is the latest addition to Papaya Playa Project – a resort operated by Design Hotels that stretches almost a kilometre along the Riviera Maya, between white sandy beach and tropical woodland. 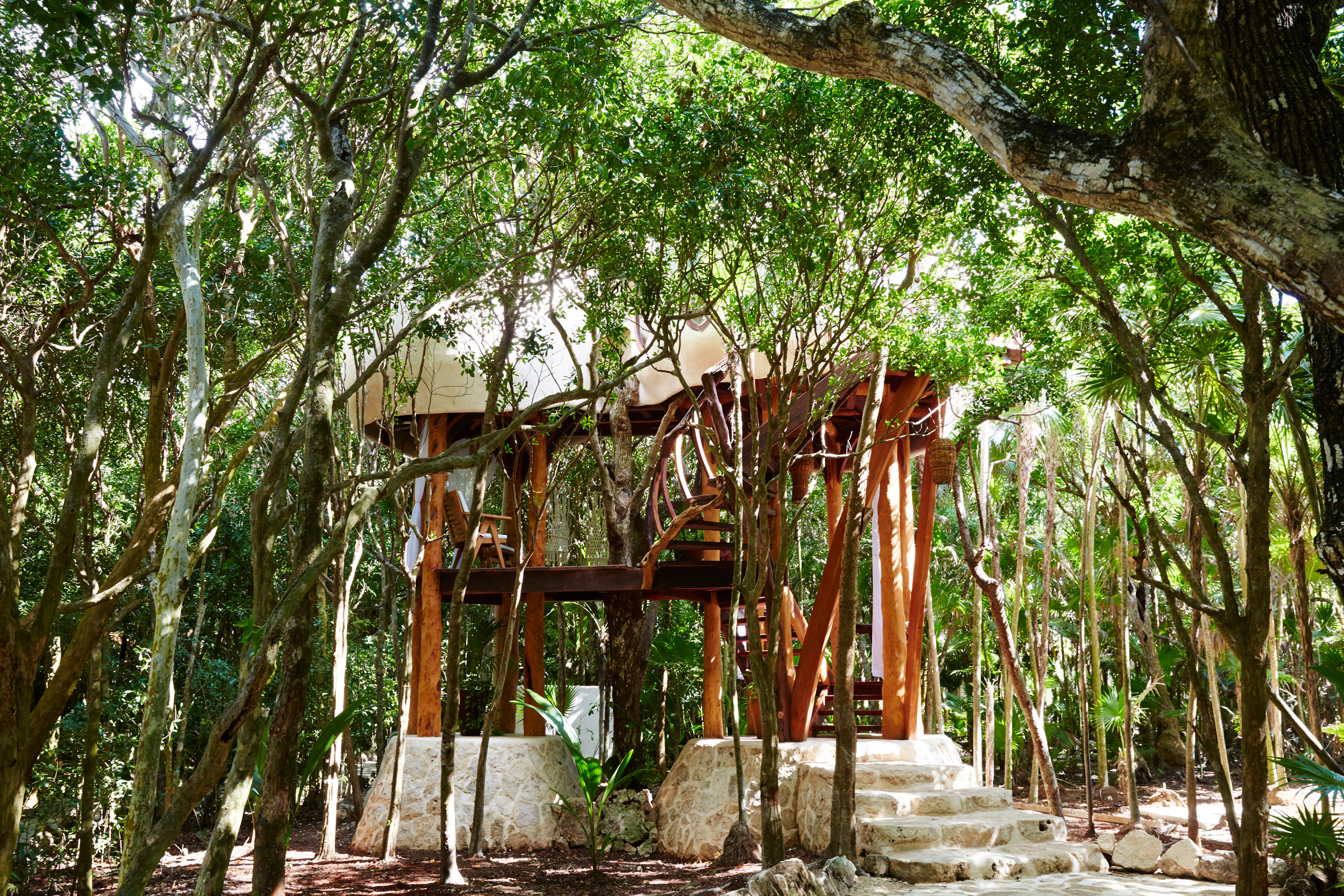 Completed earlier this year, the treehouse has curved form reminiscent of shapes used by Antoni Gaudí. It was designed by Emilio Heredia, who has been responsible for the architecture of all the buildings on the property since he took ownership in 2011.

The suite is raised up high on chunky wooden stilts. It is accessed via a winding carved staircase that ascends past a seating area before reaching the upper level. 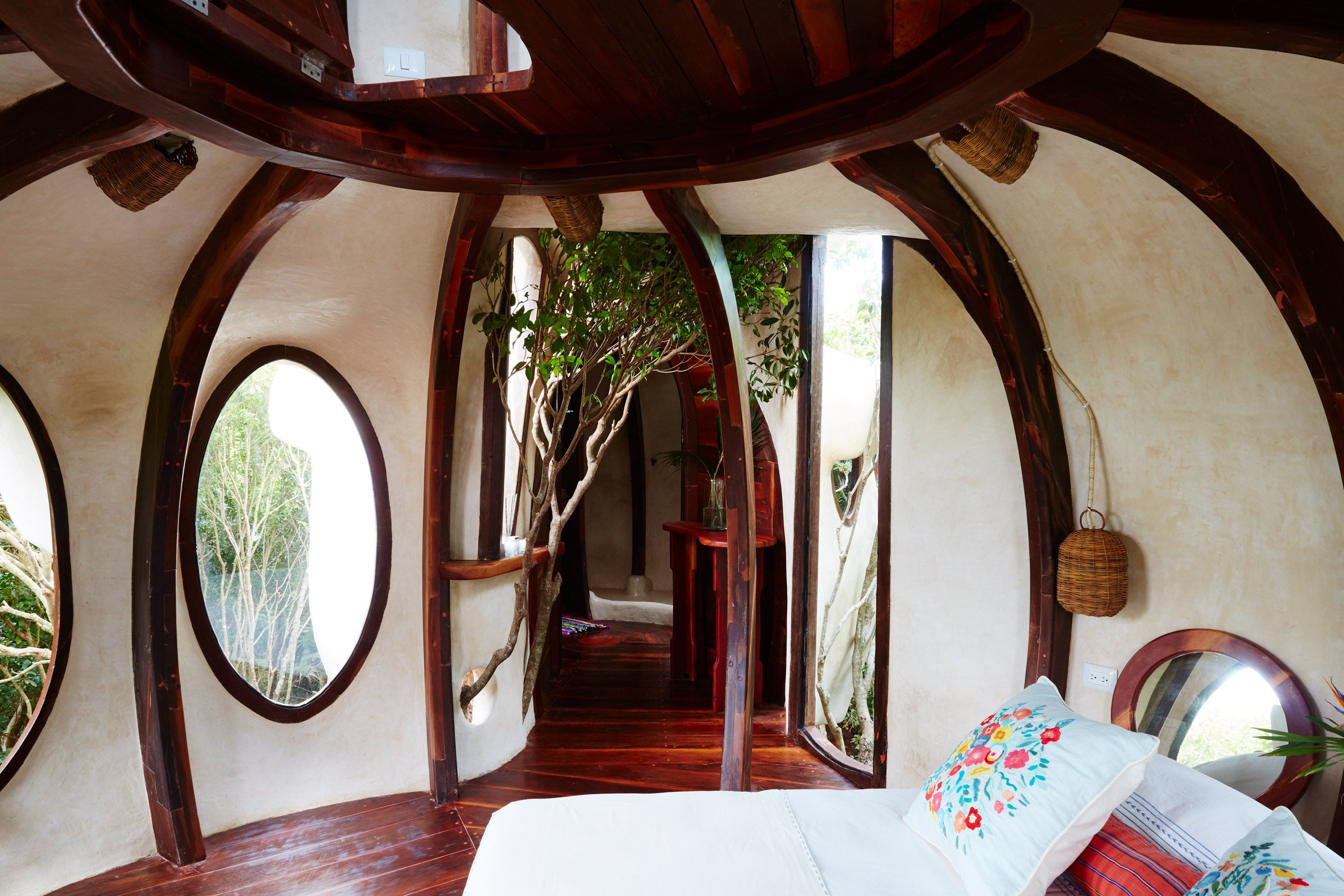 “Elevating the structure encourages the growth of jungle plants around the treehouse and ensures the building does not interfere with nature,” said Heredia. “We wanted to show the upmost respect to all the flora and fauna living in the jungle.”

The compact form has enough space for a double bed and a cosy bathroom, as well as a tiny attic accessed by ladder, which serves as a meditation room. 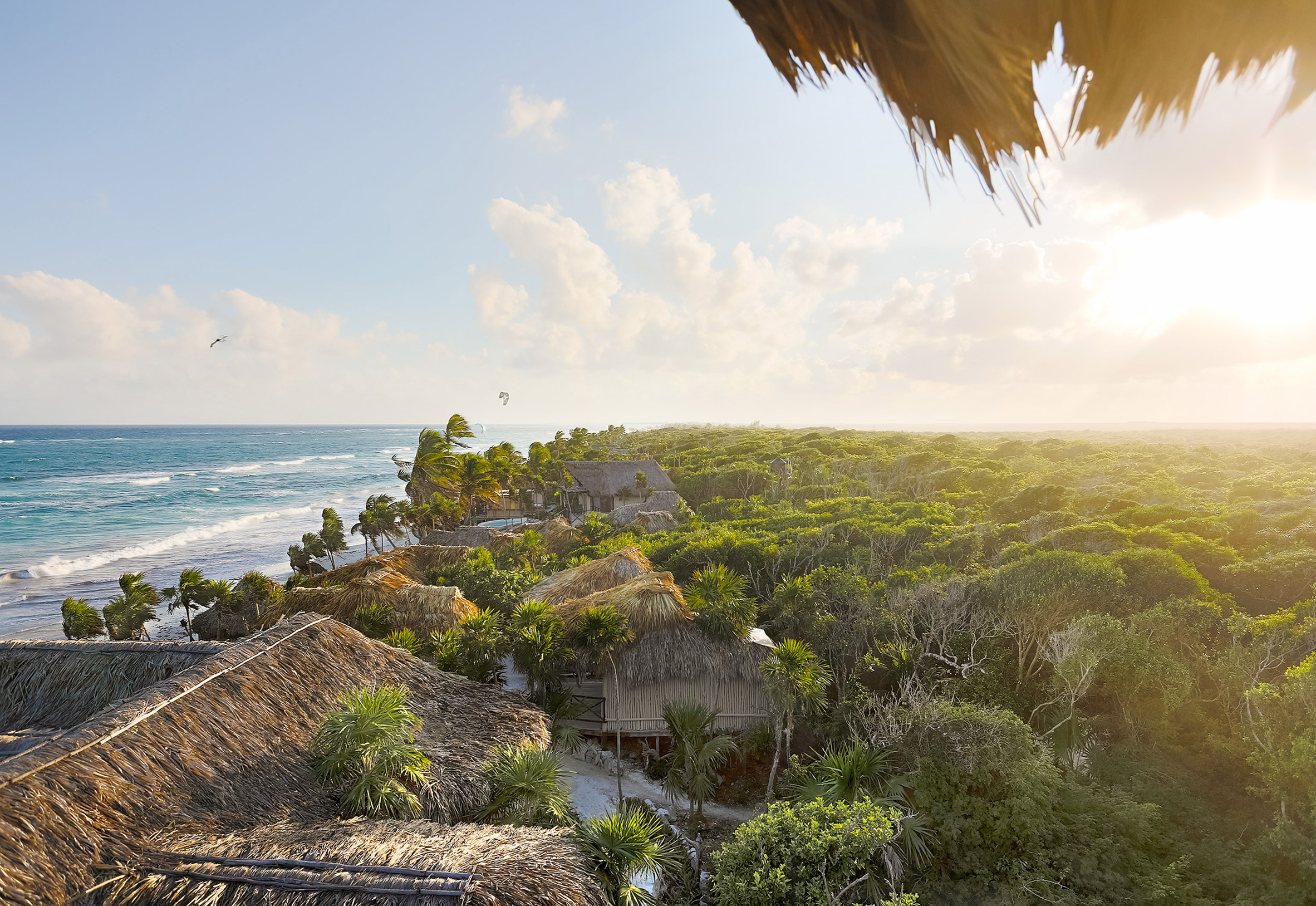 Treehouses are a popular form of novelty accommodation around the world. Sweden has an entire hotel made up of various architect-designed structures among the forest branches, while other examples include a Sri Lankan holiday home and a retreat in Cape Town.

At Papaya Playa Project, the treehouse leads out to an expansive terrace on the same level, which offers panoramic views over both the sea and the jungle. Plans to expand the building and add extra bedrooms are in the works. 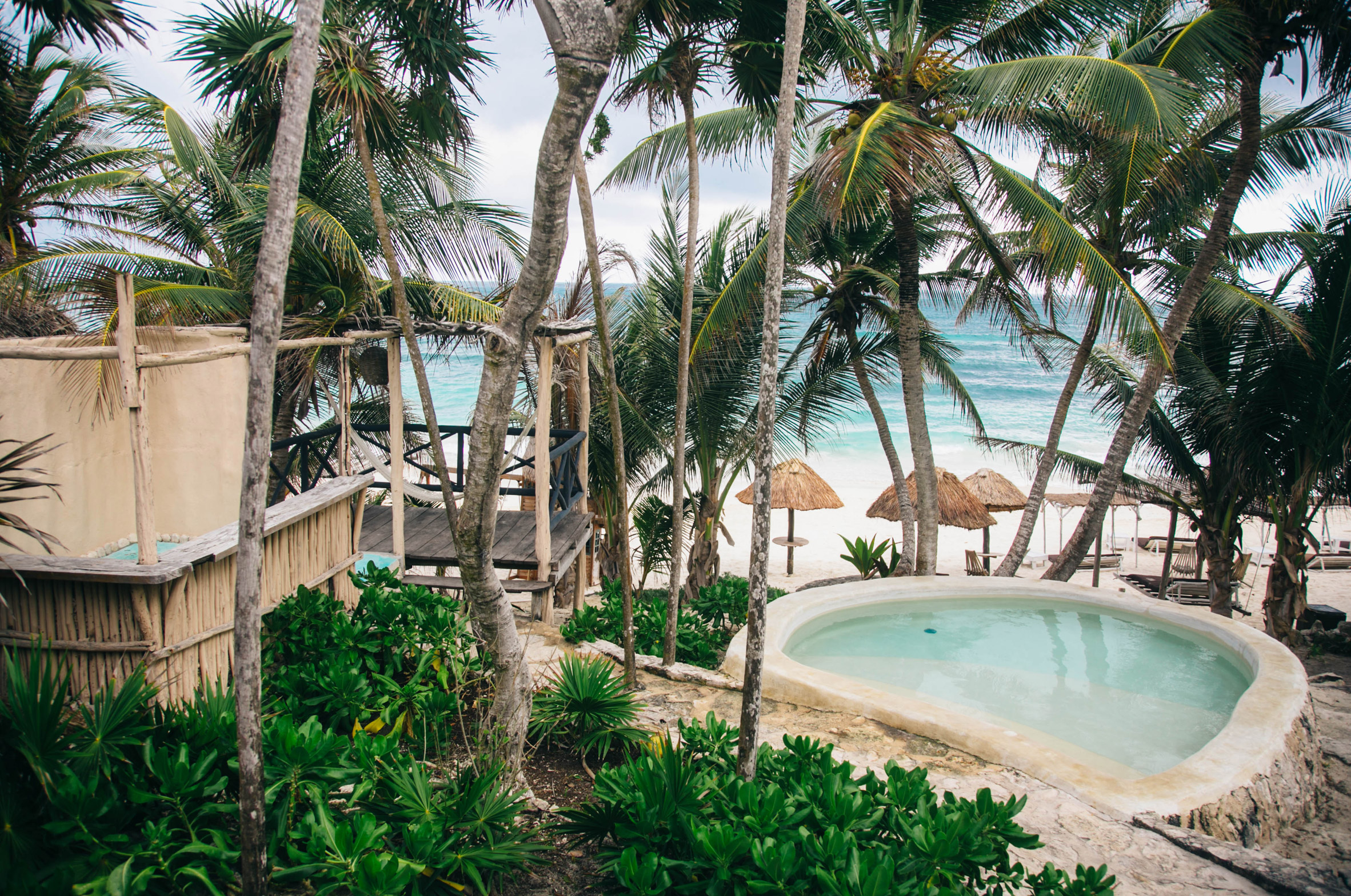 The rest of the Mexican resort was built using local materials, and furnished with pieces crafted by artisans from the area.

Among the hotel’s other signature houses is Casa Palapa, which is currently undergoing refurbishment, but offers accommodation for large groups, with 10 bedrooms and an infinity pool. 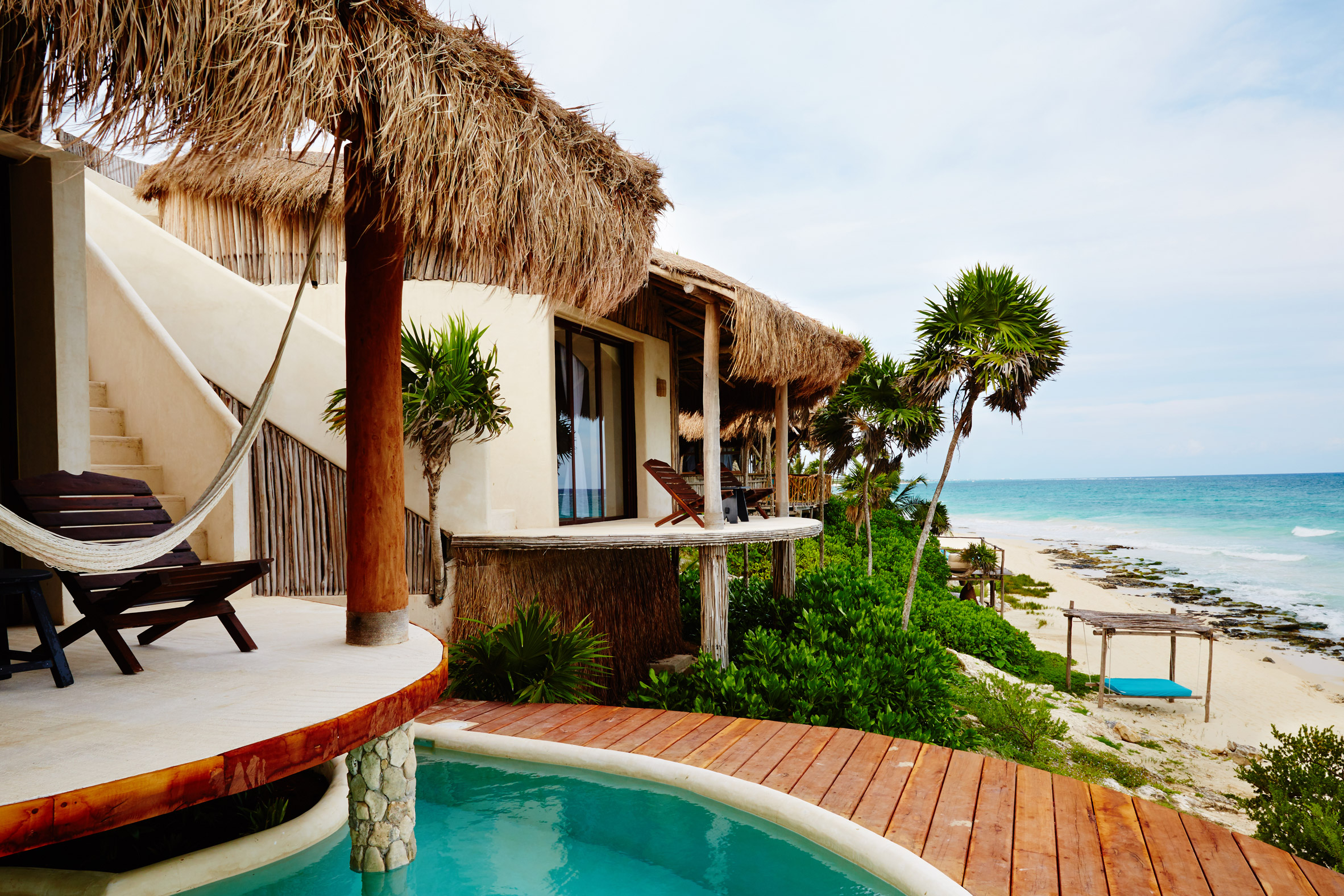 The casa’s site also features an A-frame chapel that overlooks the ocean, so wedding ceremonies and reception parties can be hosted in close proximity to one another.

Casa Madera and Casa Viento are similarly tailored for bigger parties, with multiple rooms and private indoor/outdoor cooking facilities, and all of the houses offer a butler service. 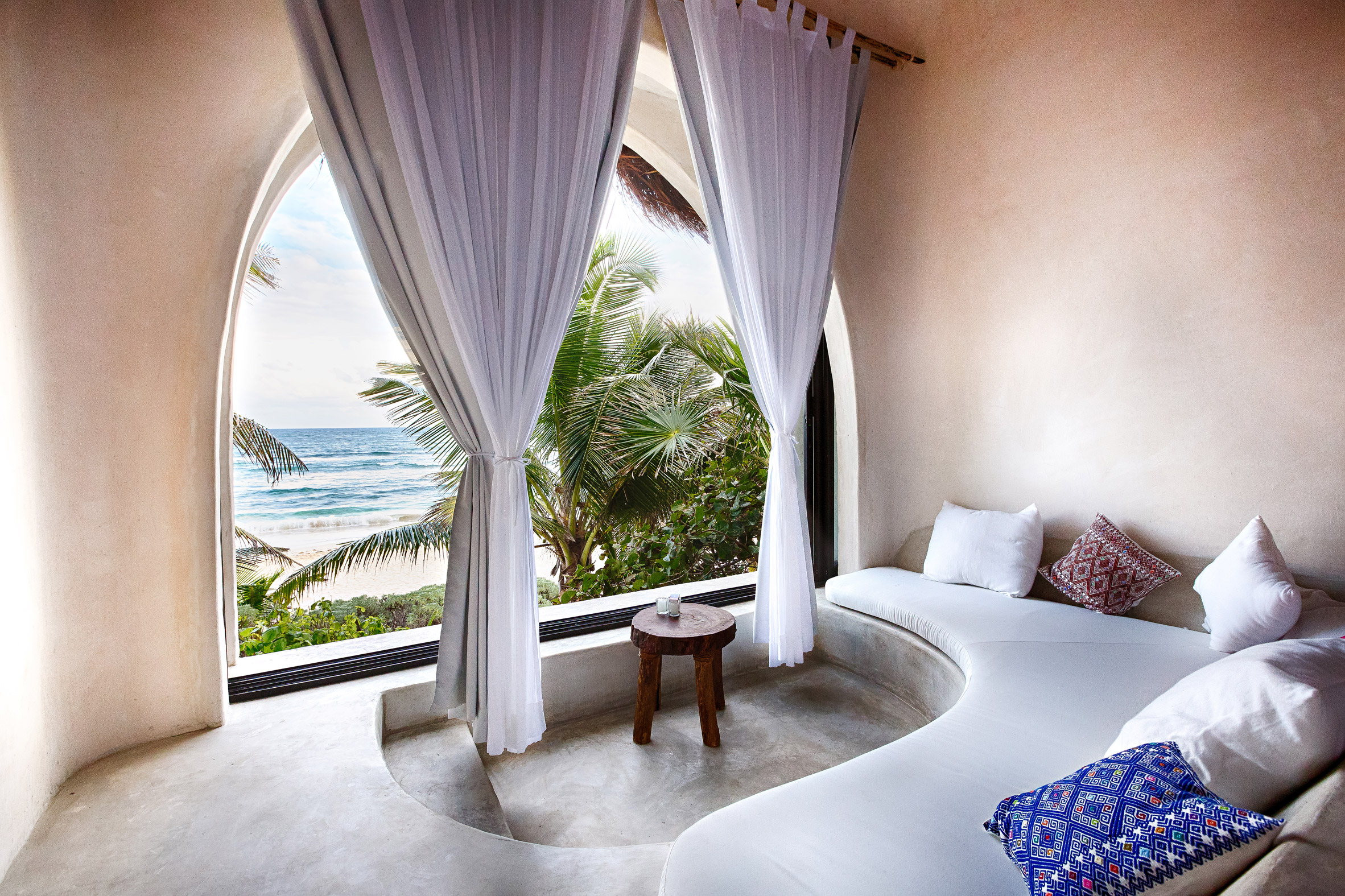 Eighty-five smaller beach and jungle cabins are available for couples, some of which feature private swimming pools on the roof, while others have secluded shaded yards with pools and hammocks.

The site also includes a restaurant and bar, where booth seating is sculpted into the slope down to the beach. To keep the buildings cool in the tropical heat, the design team adopted a historic local construction technique known as “chukum”, which uses the resin from a tree of the same name to coat the walls.

Palm thatching covers the roofs, and chunks of limestone are cobbled together to form retaining walls and partitions. 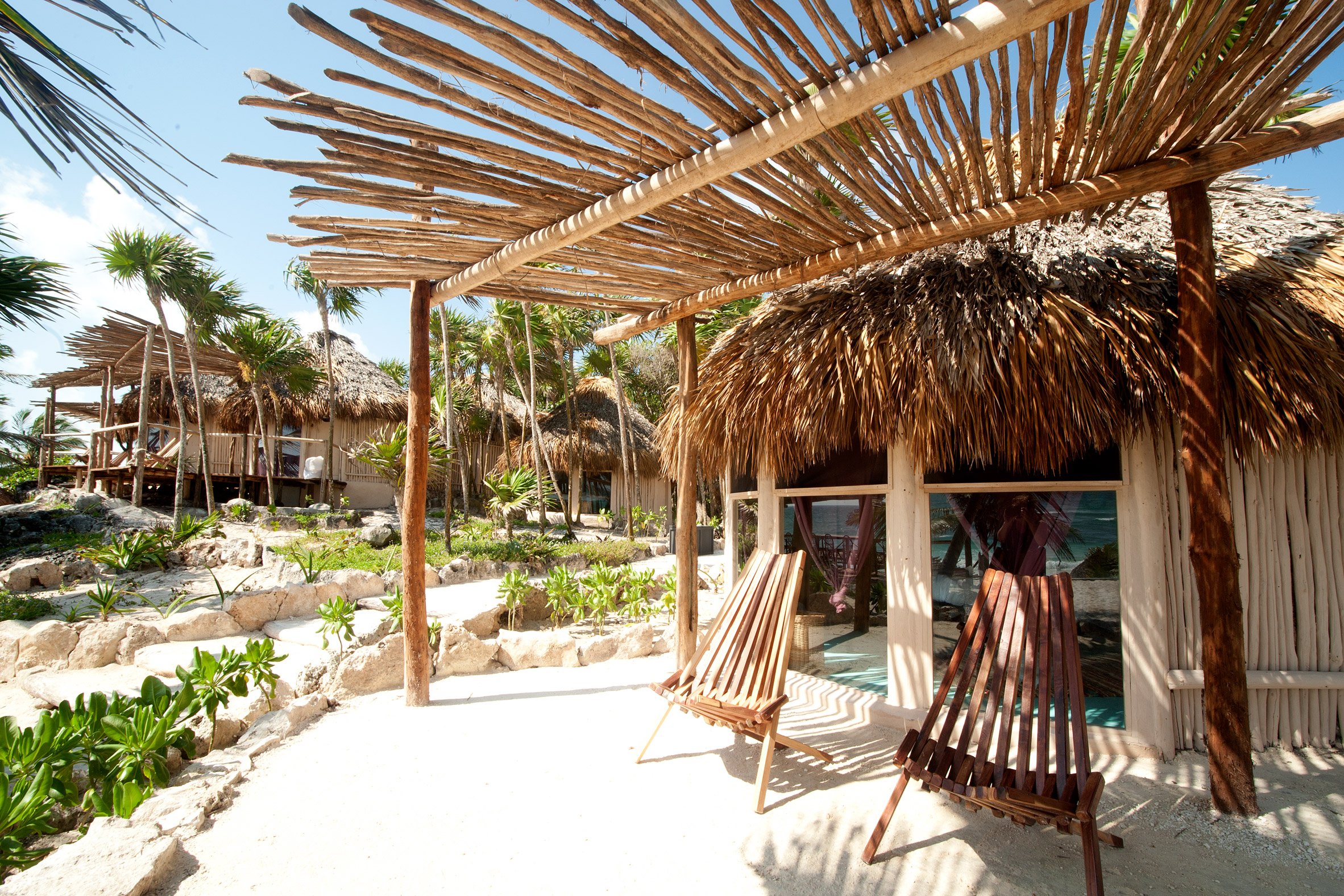 Stones also create pathways through the woodland to connect the buildings with each other and the beach. Raised timber decking is also employed for this purpose.

The Caribbean coast of the Yucatan Peninsula has become a hugely popular tourist destination, and has seen a surge development in recent years as a result. This has led to increased concern for the delicate eco system and a push for sustainable construction. Up the coast, near Cancún, Zaha Hadid Architects has proposed a residential project that will similarly make efforts to minimise the impact on the site.

Elsewhere in Mexico, other hotels of architectural note include a hacienda in Champotón – on the other side of the peninsula – where crumbling buildings were restored and connected with new elements. 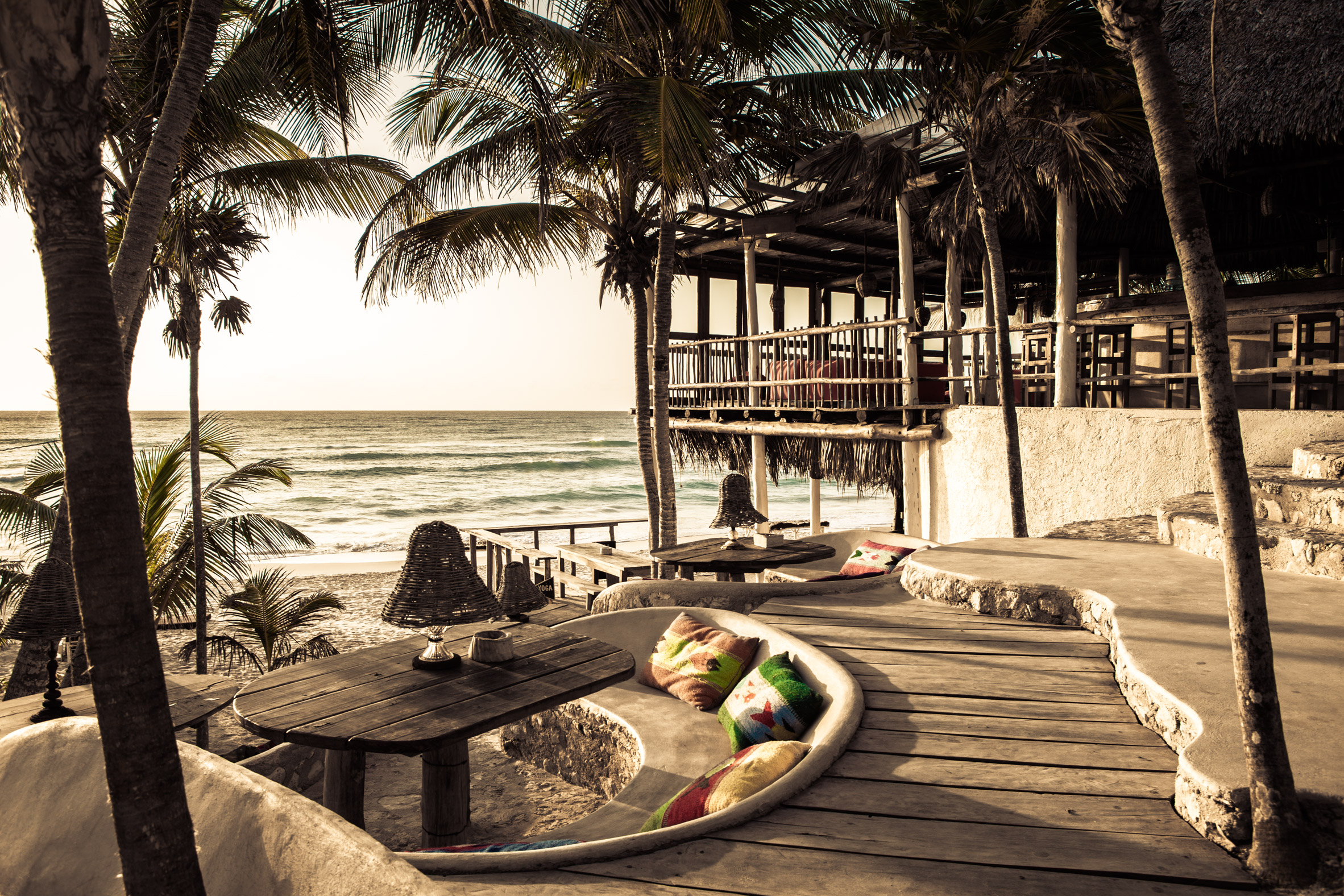 In the capital, Hotel Carlota features a courtyard lined with black concrete blocks, while 20 separate cabins form a remote retreat in the Valle de Guadalupe – one of the country’s wine-making regions. Seven unusual treehouses you can sleep inside at Sweden’s Treehotel