located above a two-line subway station, the shanghai greenland center by architecture office nikken sekkei forms the city’s largest urban park at approximately 20,000 m2. merging nature with human activity, the complex encloses various commercial facilities through a roof of cascading terraces and slopes topped with trees and other types of greenery. 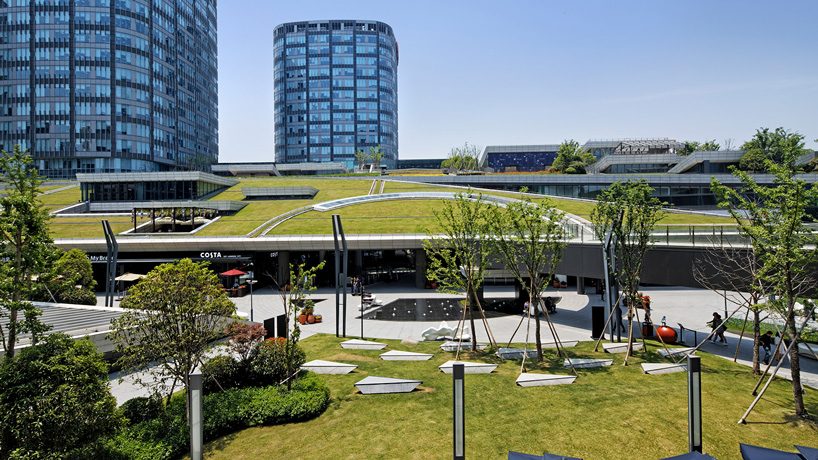 all images courtesy of nikken sekkei

‘shanghai development projects typically involve one dominant large box built within a single urban division, into which the shops are then arranged,’ explains hiroyuki suga, design manager at nikken sekkei, ‘however, we decided upon a different approach. based upon the underground station, greenery was added to the roofs of the terraced commercial facility. this created a valley of green. as the slope takes on a rising form from directions near the station, the view extends as far as the eye can see.’ 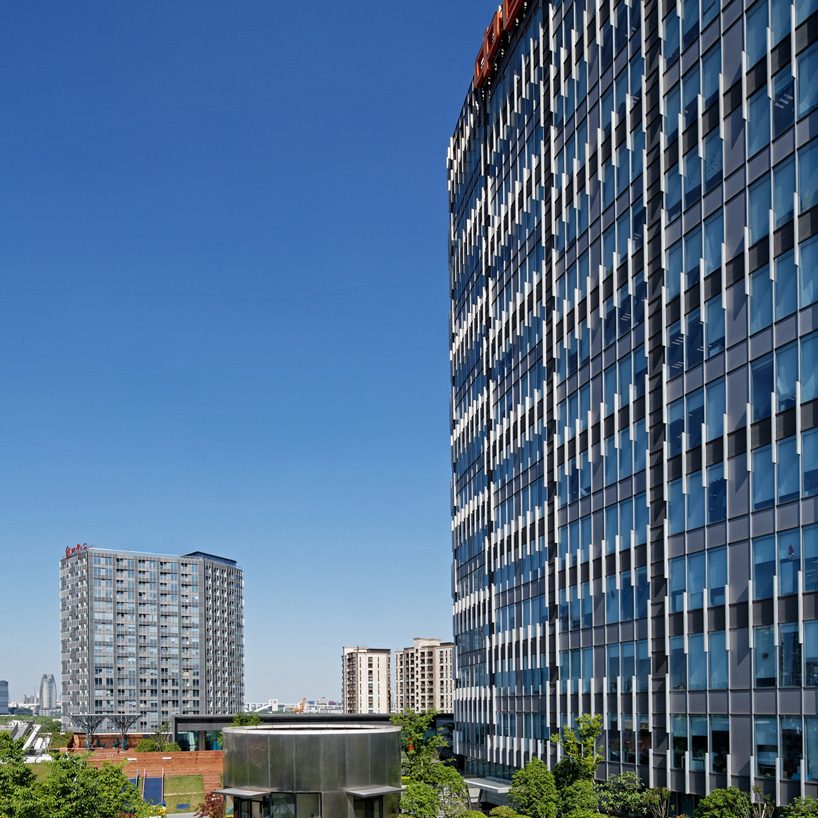 the three buildings that emerge from the green landscape – two office ones and the SOHO building – along with other places where people congregate, such as station entrances and exits, are placed separated from each another and connected with semi-outdoor walkways. each of their façades has been designed to encourage people to walk around the entire park through changes in the layering of natural ventilation louvers and aluminum shade fins. 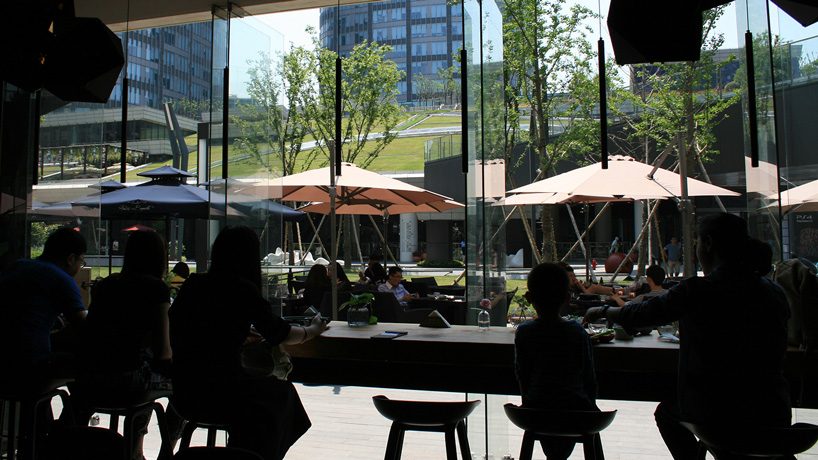 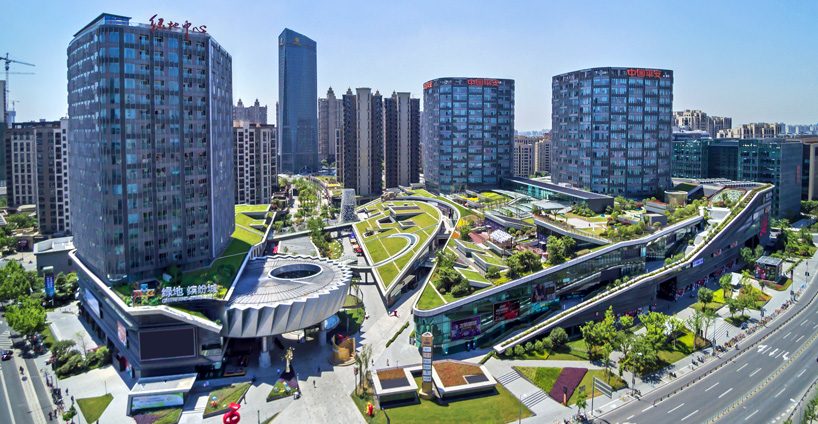