Los Angeles-based Studio William Hefner has taken cues from Californian modernism to complete this house for an art collector that overlooks Beverly Hills. 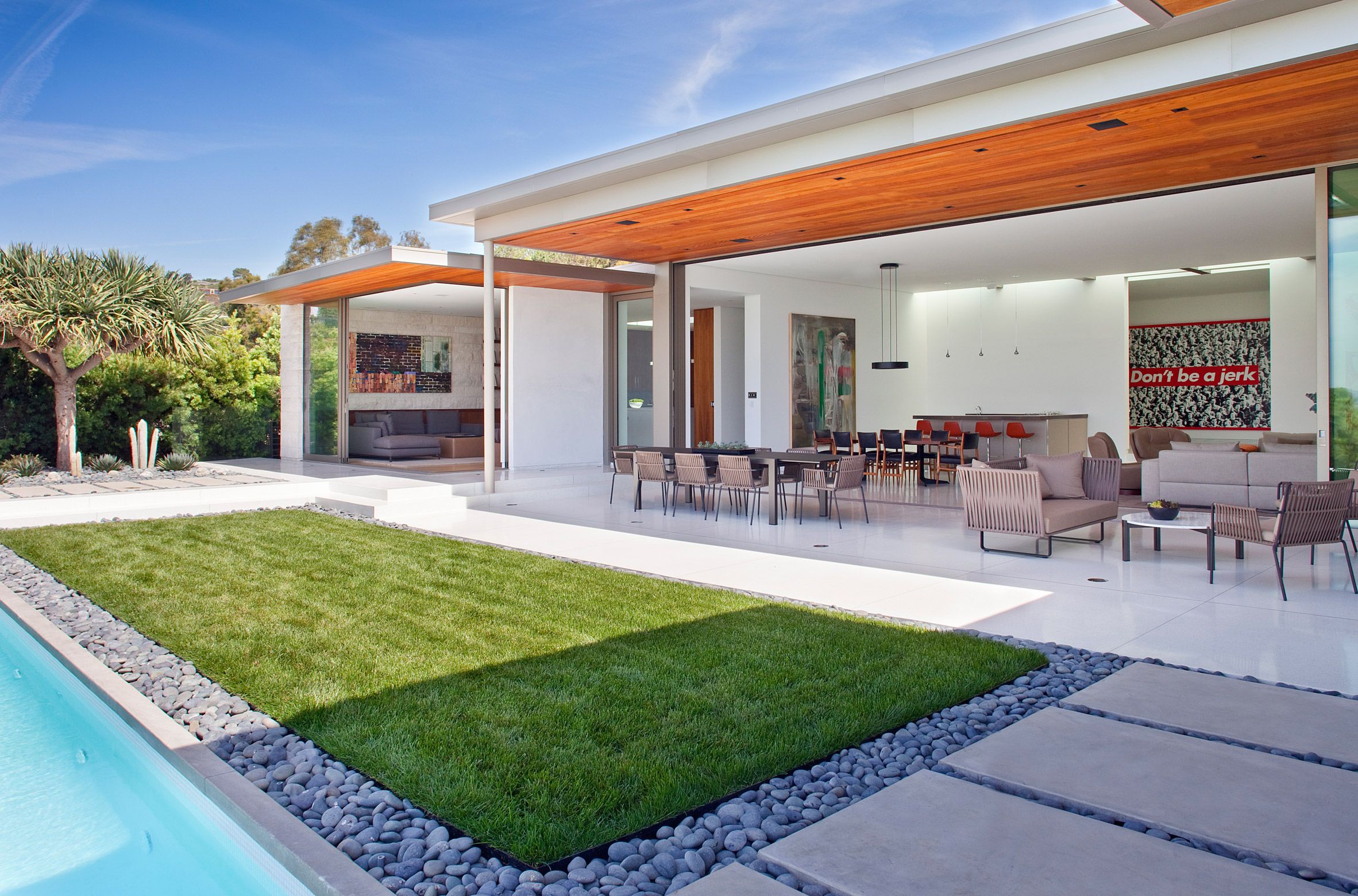 Studio William Hefner was tasked to design the residence in Beverly Hills’ Trousdale Estate, following the client’s unsuccessful search for a mid-century modern home with a large enough wall space to hang the larger artworks in his collection. “[The client] had a dilemma: a long-time fan of mid-century modernism he had difficulty reconciling the humble proportions of that style with the need to house an extensive contemporary art collection, including several large-scale works,” said the architects. 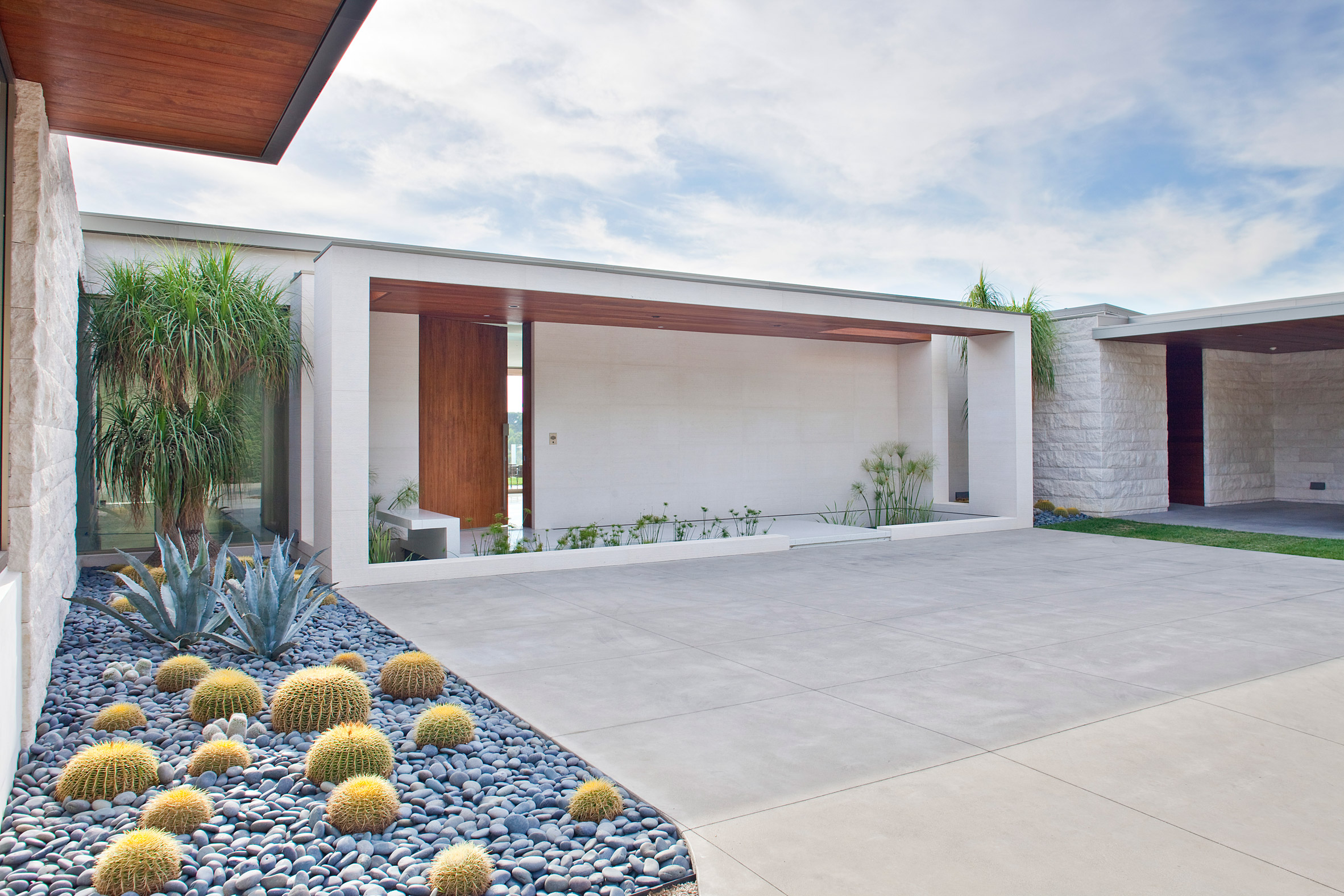 To remedy this, the architects created an entrance hall at the heart of the Trousdale house with a long, narrow skylight and tall white walls for displaying the pieces.

The rest of the single-storey residence is arranged around this space, with an open-plan living and dining area placed behind the hall. Wings are positioned on either side, with the bedrooms occupying one and a kitchen-cum-dining room in the other. Many features of the house are reminiscent of those found in mid-20th century modernist homes. The architects created strong horizontal lines by partially extending the flat roofs from each of the volumes – some of these are cantilevered, while others rest on columns.

Sliding glass doors at the rear of the residence offer views of the city. The glazed panels also open up completely to the back garden, which features a swimming pool and an outdoor dining area. 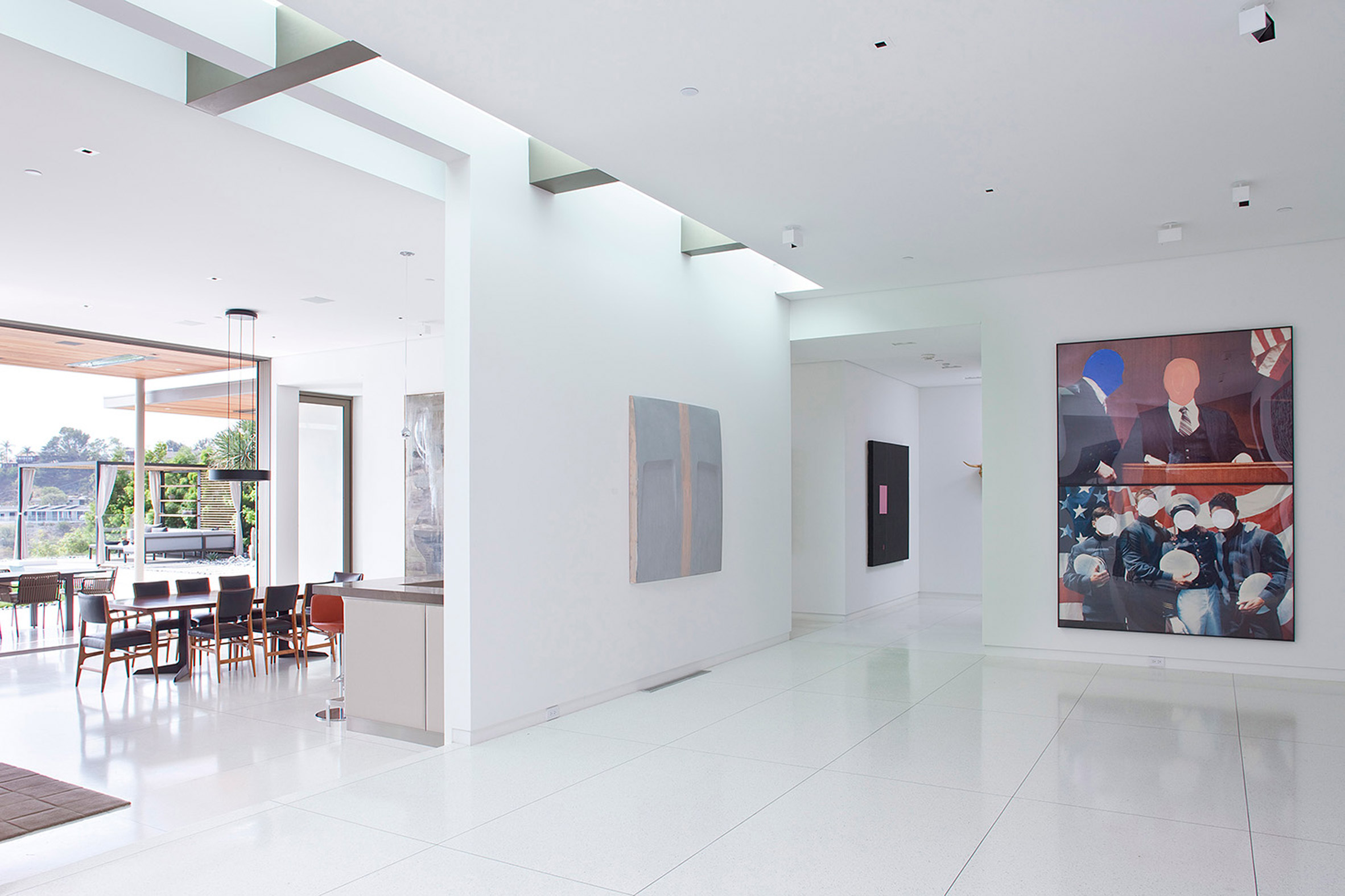 The bedroom wing projects out furthest into the garden. The master bedroom at the end features doors that open the entire corner to a terrace with glass balustrades, chosen so as not to obscure the view.

A pavilion built on the other side of the swimming pool covers an outdoor lounge. 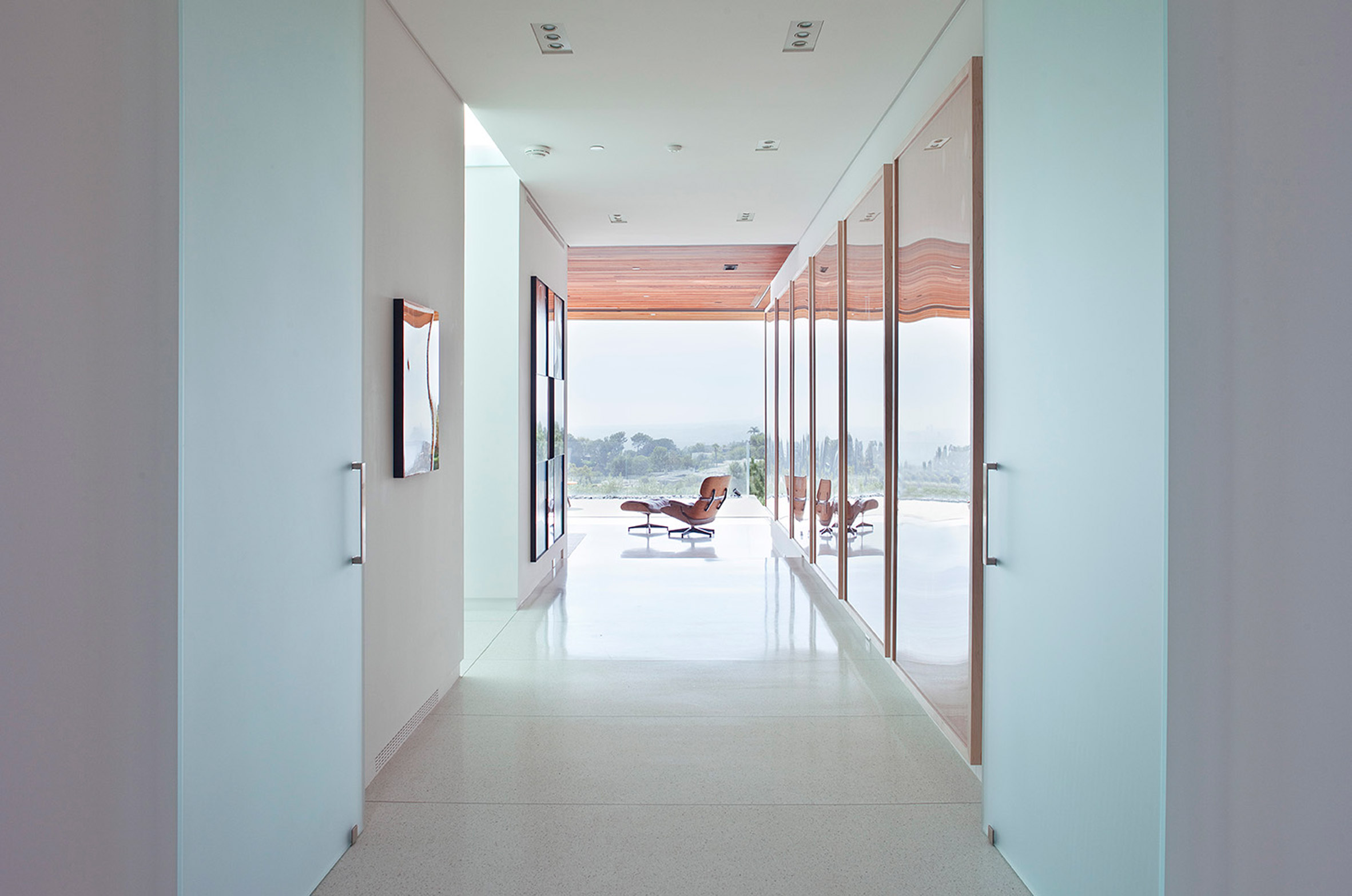 A volume with an open front frames the entrance at the front of the residence facing onto a courtyard. It features a white bench with no back, which adjoins a path encircled by water. Walls are faced with limestone, which is offset by the wooden doorway and underside of the roof.

This simple material palette is continued throughout the residence and was selected by the architects “to imbue warmth to the cool, clean modernist lines of the home”. 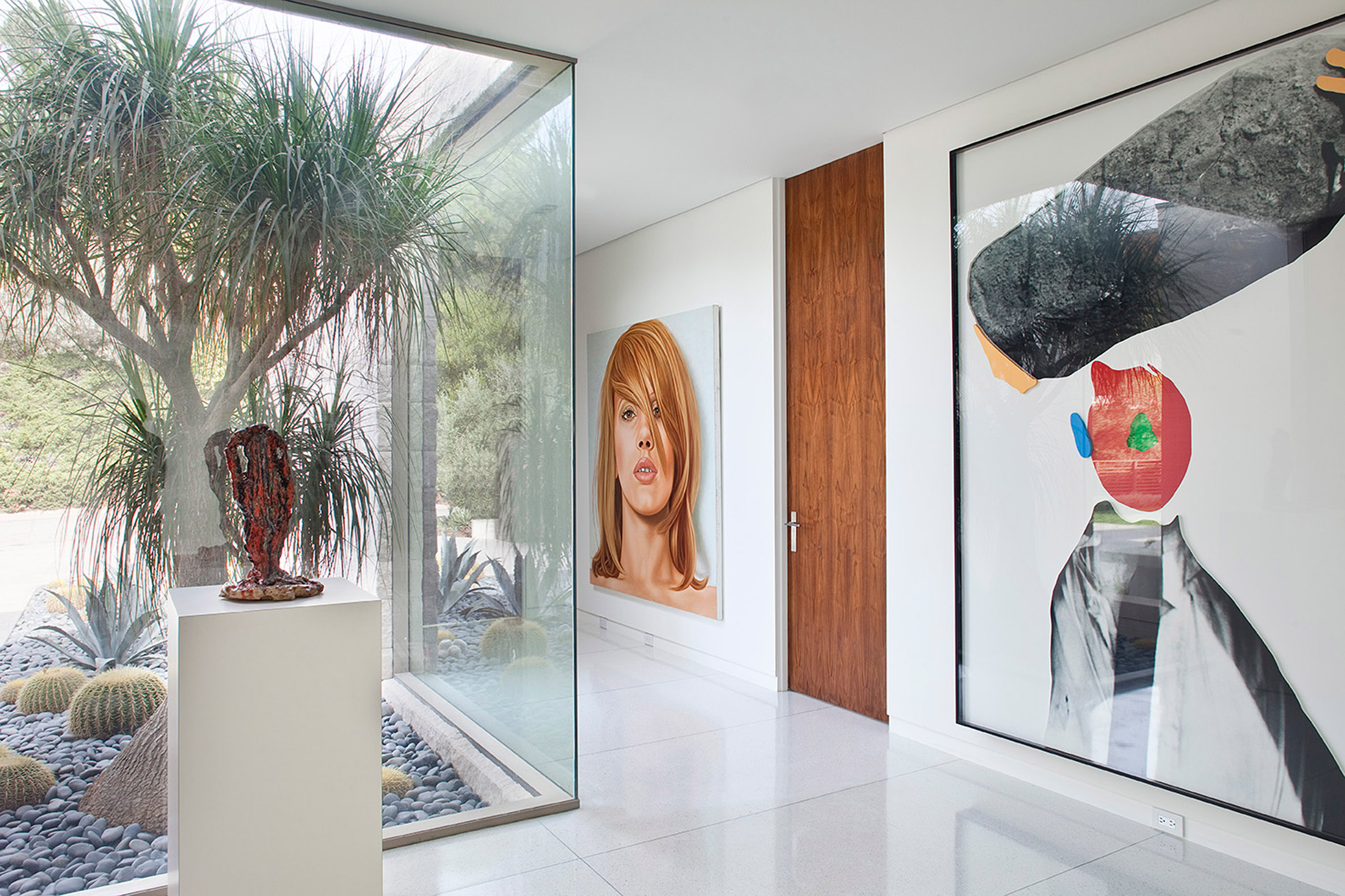 The interiors display a similarly simple palette of terrazzo flooring, white marble walls in the bathrooms, and bleached oak.

California has a strong historic link with modernism, and is home to architectural experimentations by well-recognised pioneers of the movement such as Charles and Ray Eames, Richard Neutra and Rudolf Schindler. 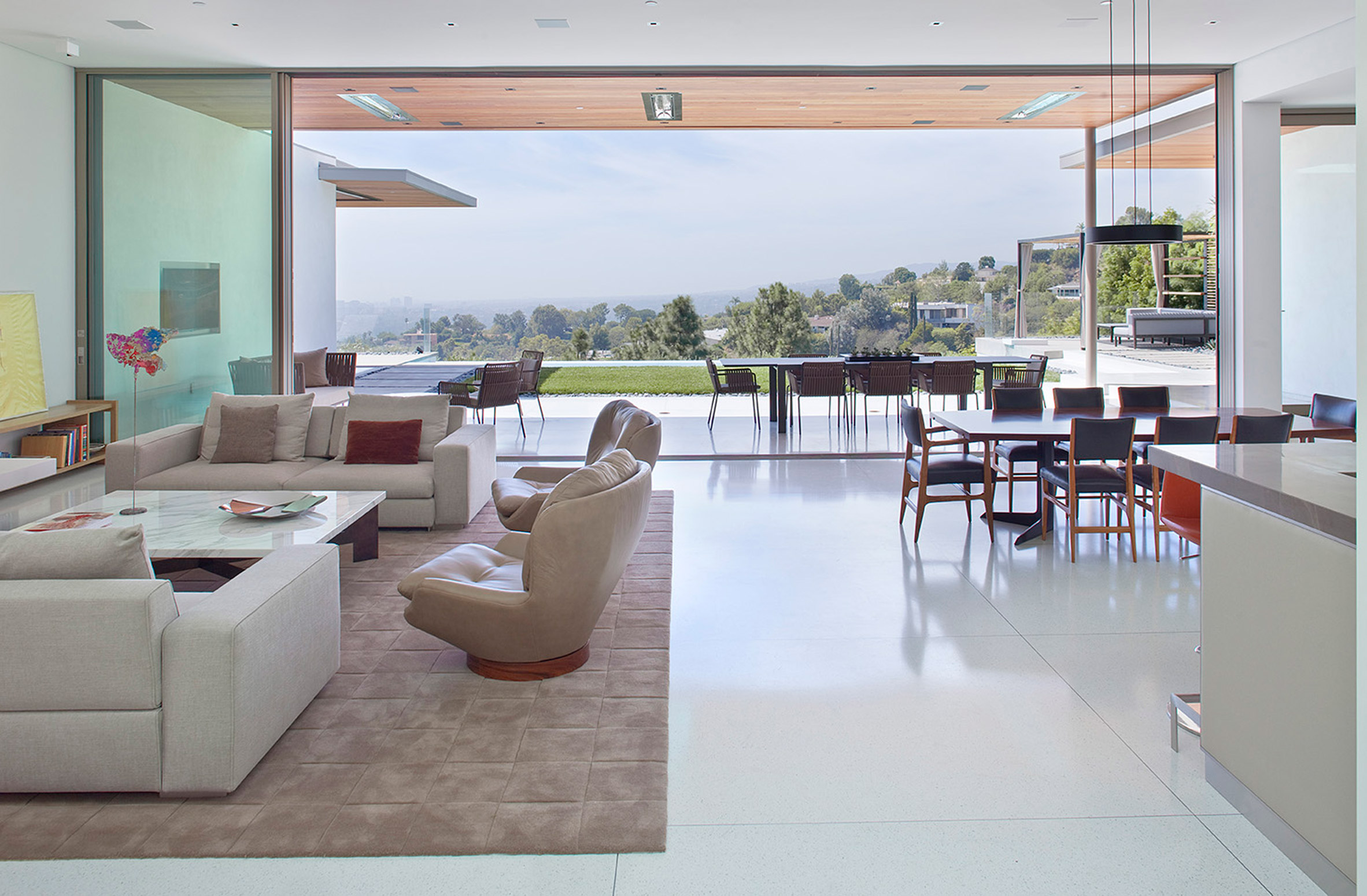 A number of recent projects in LA that reference this history include a Hollywood home with indoor spaces that extend to the exterior and a vegan cafe owned by musician Moby.

Studio William Hefner’s other buildings include another Los Angeles home, which features abundant clerestory windows and an overhanging upper floor that shades terraces below. 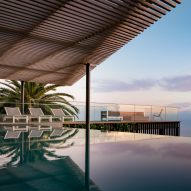