Born in Brazil in 1928, Mendes da Rocha began his career in São Paulo in the 1950s as a member of the “Paulist brutalist” avant-garde. He received a degree in architecture in 1954, opened his office in 1955 and soon thereafter created an early masterpiece, the Athletic Club of São Paulo (1957).

Mendes da Rocha has maintained a private practice, taught at the University of São Paulo and acted as President of the Brazilian Institute for Architects. He has received many awards, including the Mies van der Rohe prize for Latin American Architecture (2000). The award paid tribute to the architect’s respectful renovation of the Pinacoteca do Estado, Sao Paulo’s oldest fine arts museum.

One of the most consistently daring of twentieth century architects, Mendes da Rocha has worked notably in the public realm, creating concrete and steel forms of immense power and grace. For the Brazilian pavilion at Expo ’70 in Osaka, Japan, he balanced a building on a single point of terrain with audacious elegance. The next year, he placed as a finalist in competition for design of the Centre George Pompidou, Paris. Among his widely known built works is the Museum of Contemporary Art (1975) at the University of São Paulo, the Forma Furniture showroom (1987) in São Paulo and the Brazilian Sculpture Museum (1987-1992). Recent projects include a master plan for Vigo University in Galicia, Spain, and the Boulevard des Sports in Paris, a complex intended to receive the 2008 Olympic Games.

In the imaginative modernist spirit that marks his buildings, Mendes da Rocha designed the Paulistano Armchair (1957) to be part of the living rooms of the Athletic Club of São Paulo. Made by bending a single steel bar and attaching a leather seat and back, the elegant sling chair pushes the limits of structural form, yet remains completely comfortable and functional.

In 2006, Mendes da Rocha received the Pritzker Architecture Prize. The jury cited his “deep understanding of the poetics of space” and an “architecture of profound social engagement.” 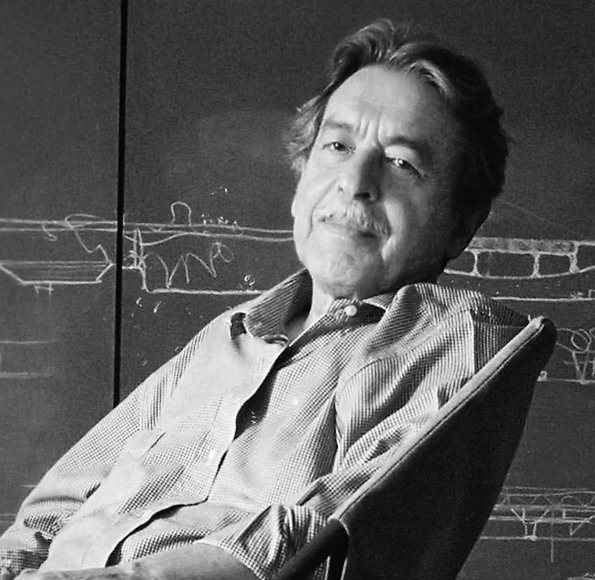 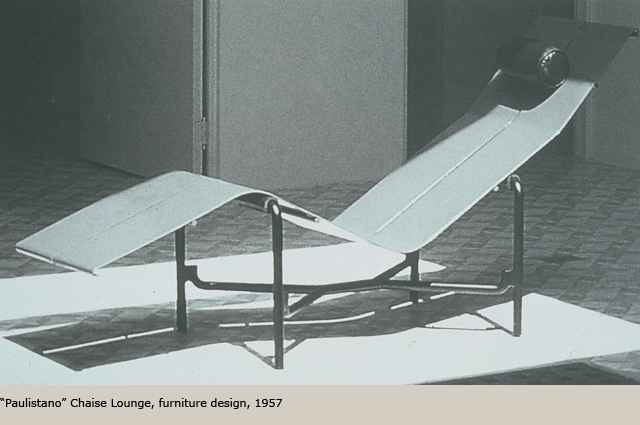 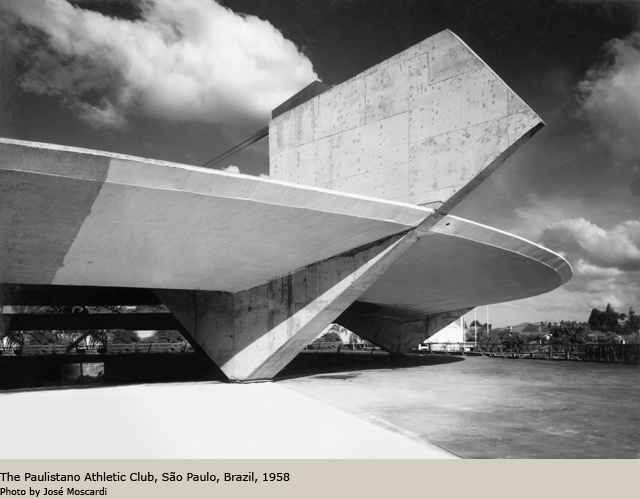 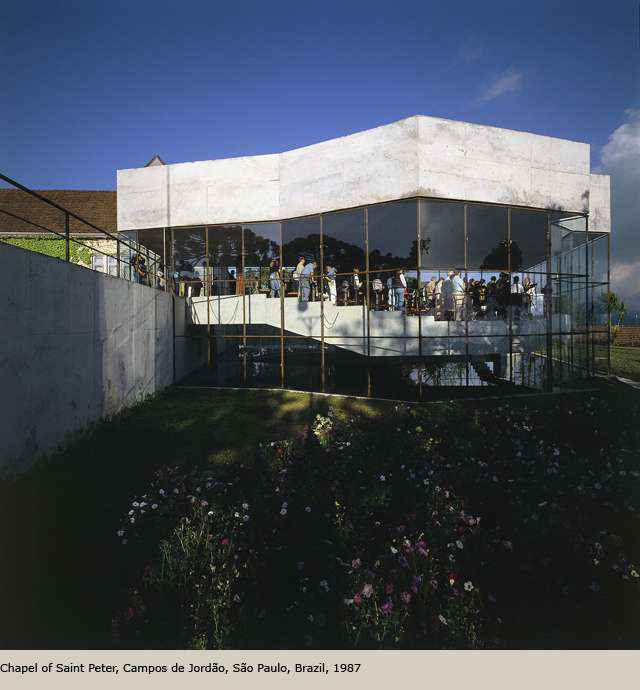 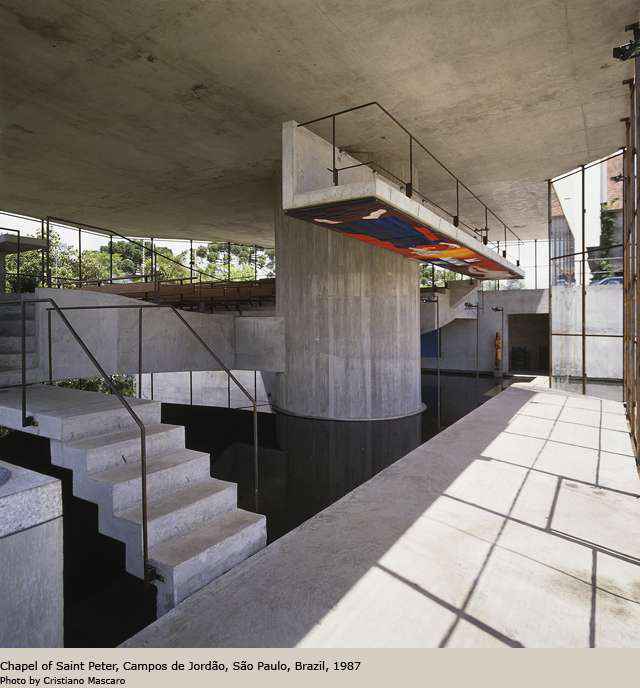 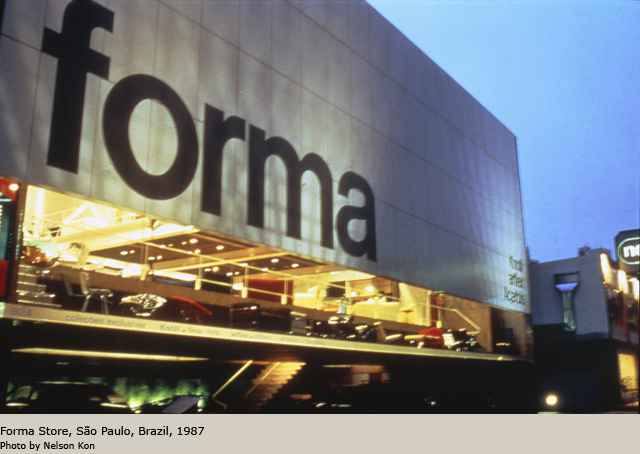 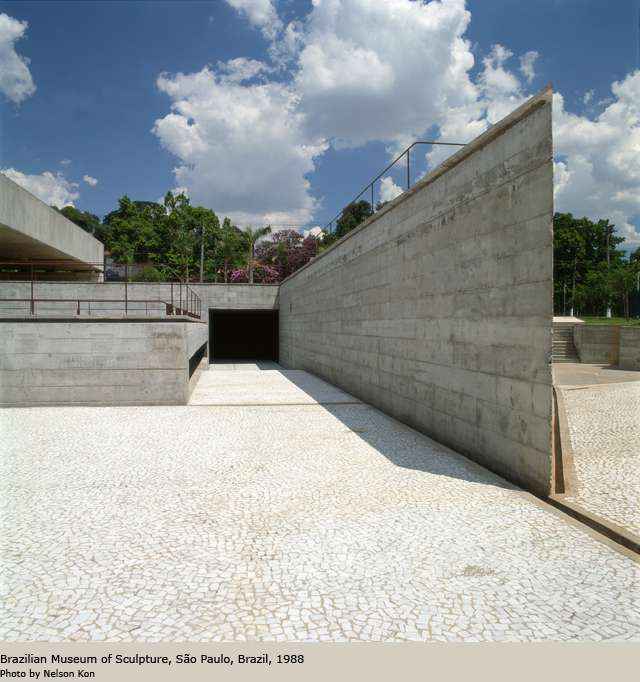 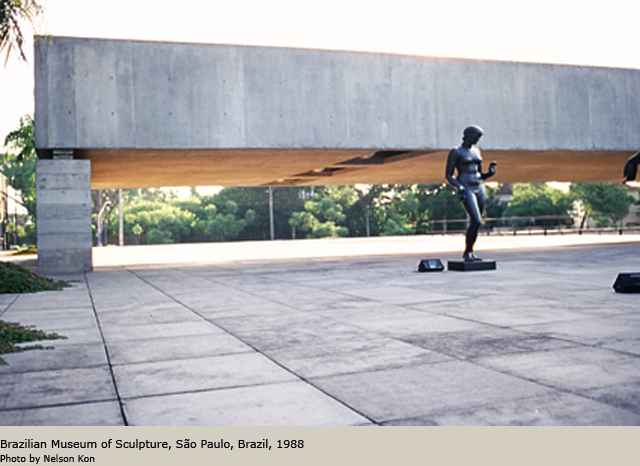 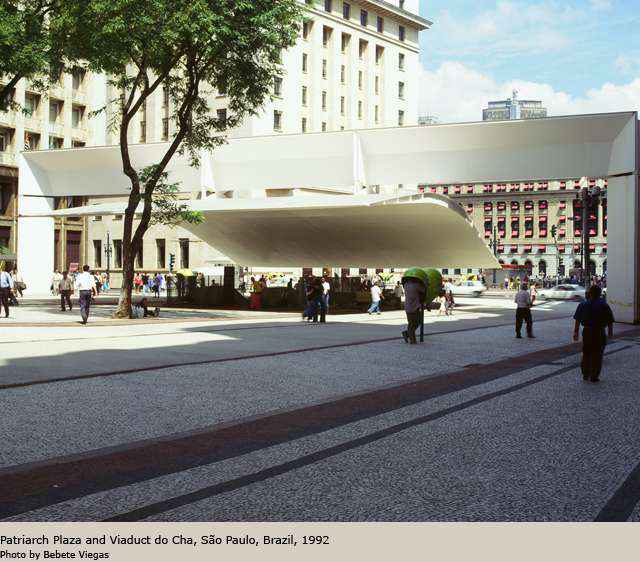 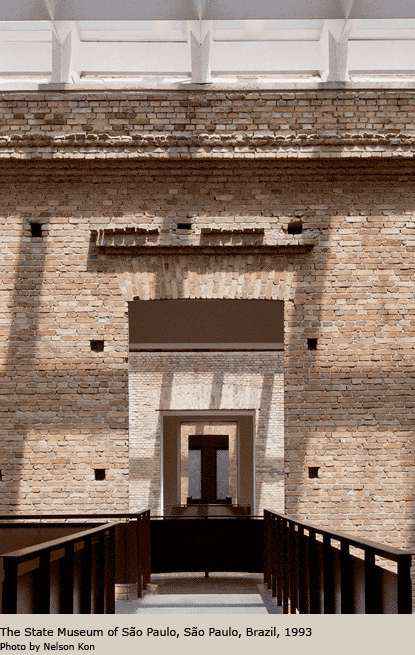 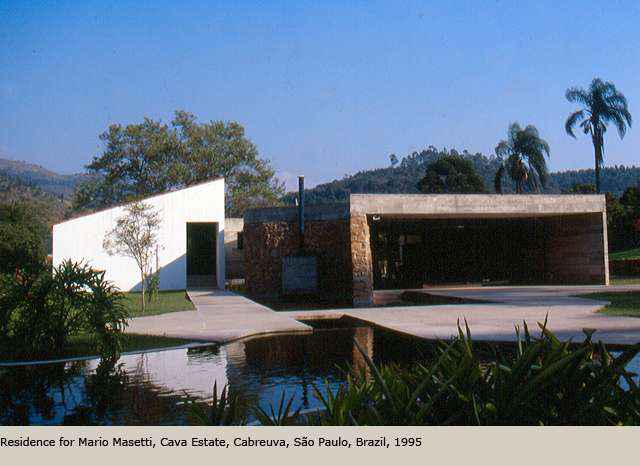