US firm Kohn Pedersen Fox has completed a 530-metre skyscraper in Guangzhou, the second tallest in all of China and the fifth tallest in the world.

KPF‘s CTF Finance Centre is located in Guangzhou’s Zhujiang New Town and is the second of two towers built on a site overlooking the Pearl River.

At 530 metres, the skyscraper is the tallest in the city. It comes in at just over 100 metres lower than China’s highest building, the 632-metre-high Shanghai Tower – which is also the world’s second-tallest skyscraper.

Opening late last year, the CTF Finance centre was the tallest tower to complete in 2016. It is certified by the Council on Tall Buildings and Urban Habitat (CTBUH) as the world’s fifth tallest skyscraper. 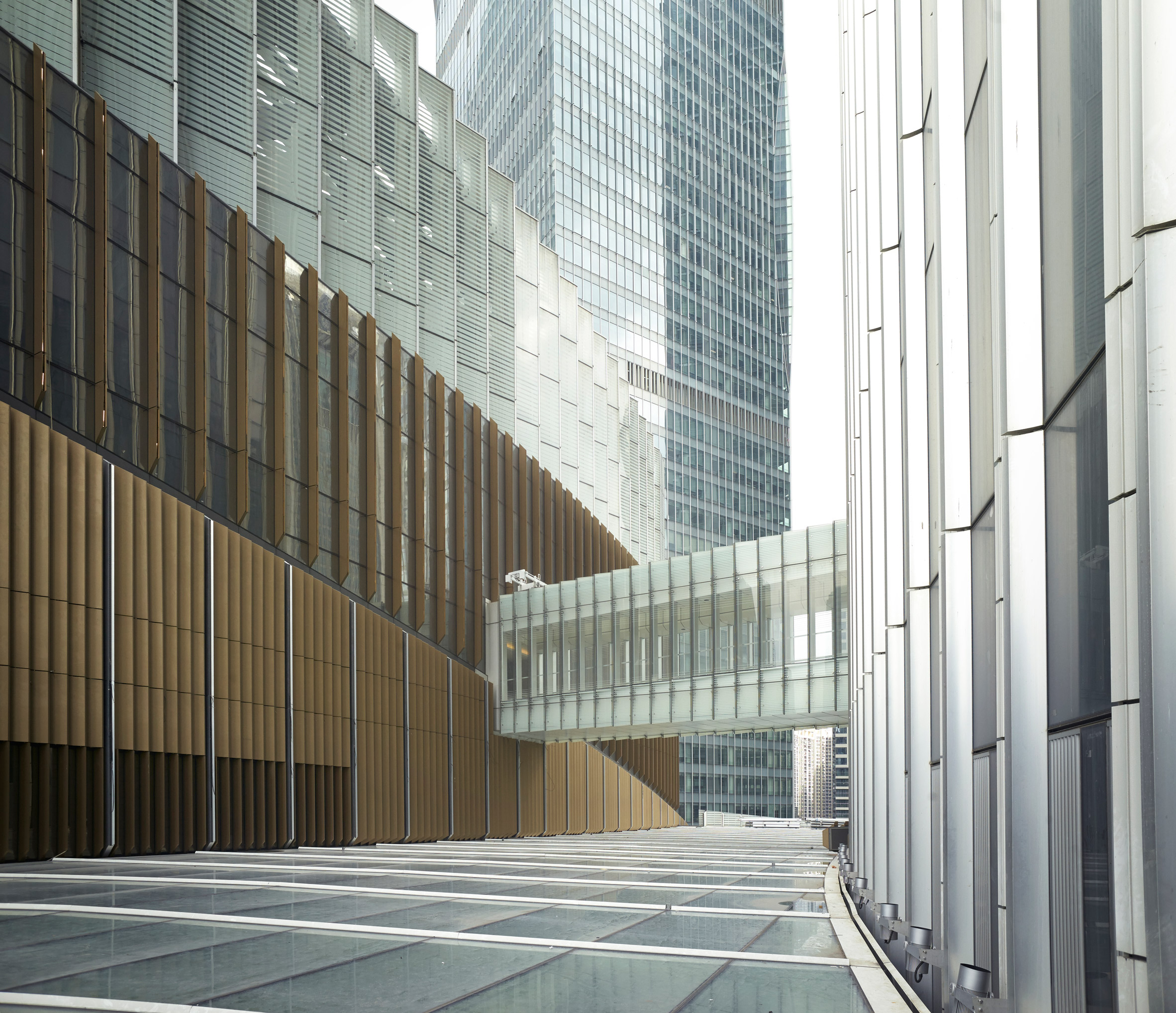 Developed by New World Development Company, the 111-storey-high mixed-used tower – named as one of Dezeen’s top skyscrapers of 2016 – includes offices, a conference centre, a hotel, a shopping centre and a viewing deck.

It features four steps in the exterior that denote the changing functions inside the building, while the level of each setback corresponds with varying heights of nearby buildings.

Verdant outdoor terraces occupy the top of the indents, offering views across the city in all directions. 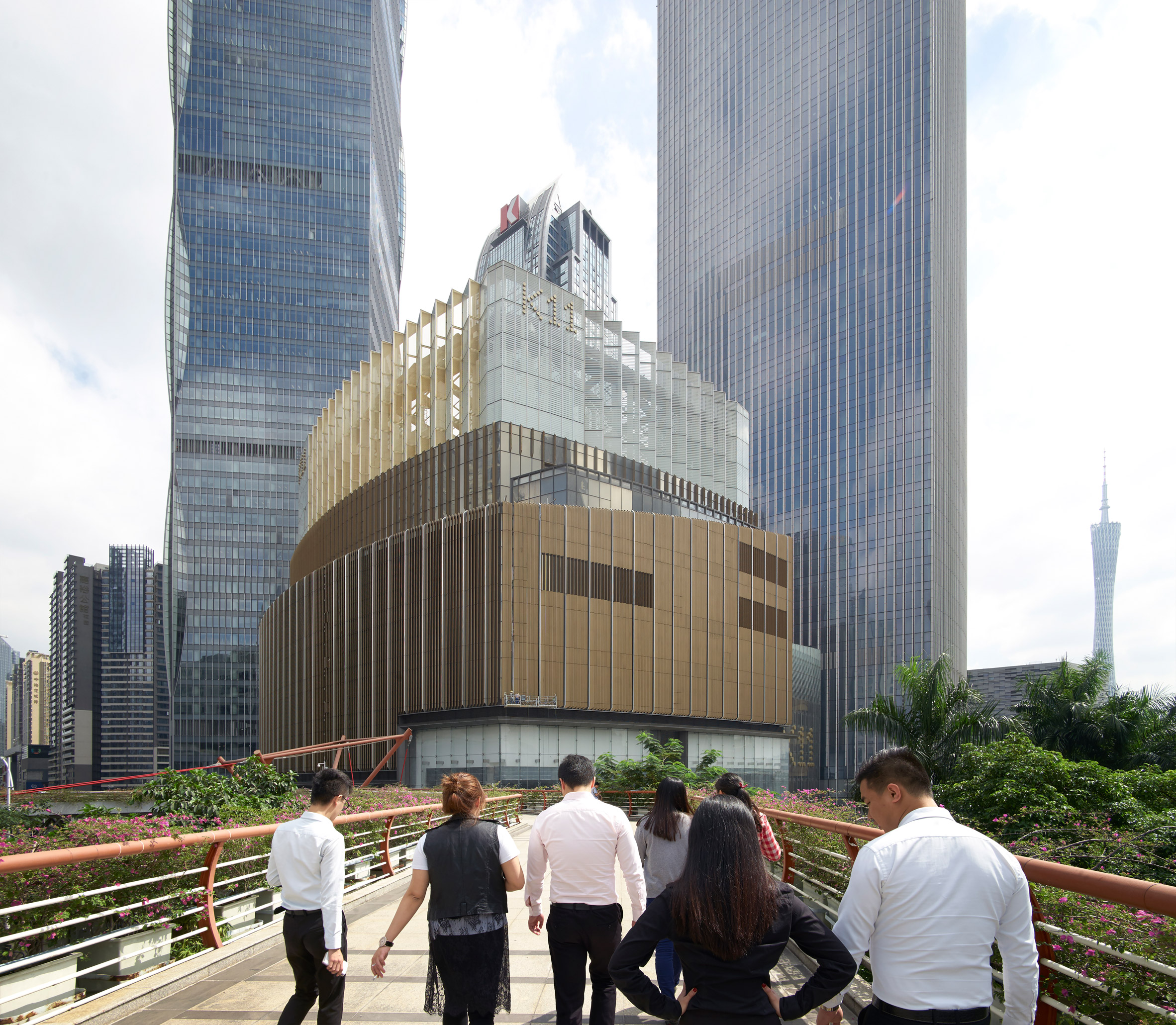 Underneath, a subterranean retail concourse connects with transport interchanges, directly integrating the project into the city and the wider Pearl River Delta region.

Vertical terracotta mullions run the full length of the exterior of the building, chosen by KPF to reference both Chinese architectural traditions and early skyscraper design. 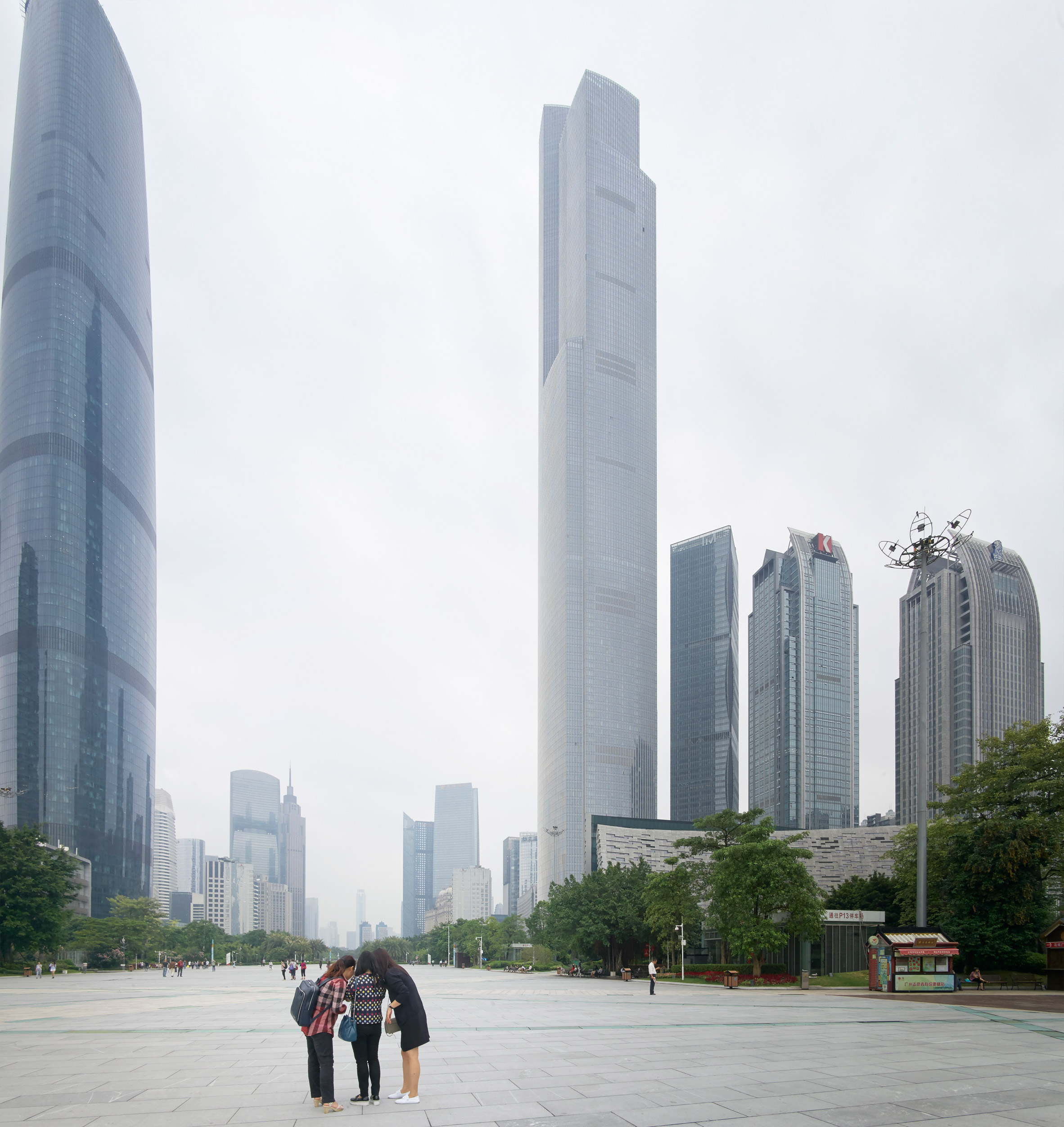 Described as the “tallest application of terracotta in the world” by CTBUH, it also provides environmental benefits by offering shade from sun, reducing energy needs, and providing corrosion resistance.

The completion of the Guangzhou CTF in December 2016 concluded a year in which China continued its vertical expansion. The country’s skyscrapers accounted for 66 per cent of all 200-meter-plus buildings completed last year.

The Guangzhou CTF is the tallest of a trio of supertall buildings in the city that stretch to over 300 metres in height, towering over Wilkinson Eyre-designed Guangzhou International Finance Center and the Canton Tower by Information Based Architecture. 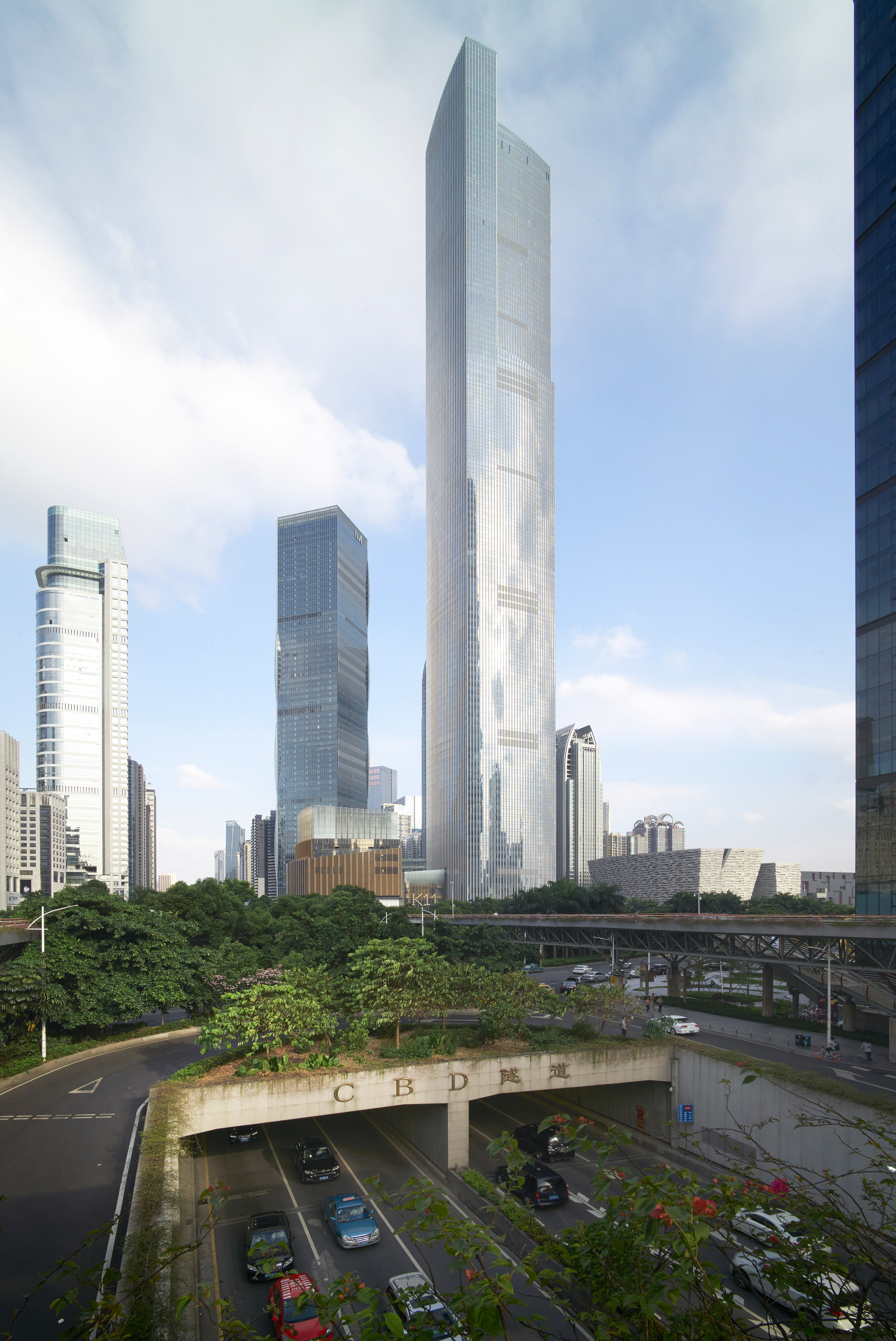 Other supertall skyscrapers that opened in 2016 include SOM’s 55-storey tower in Beijing featuring exterior glass panels that function as prism and a Shanghai tower dressed in pleated aluminium that Kengo Kuma created for Soho China.

Kohn Pedersen Fox Associates came in at 117 in Dezeen’s Hot List ranking of architects, a comprehensive guide to the most read about figures in the industry. 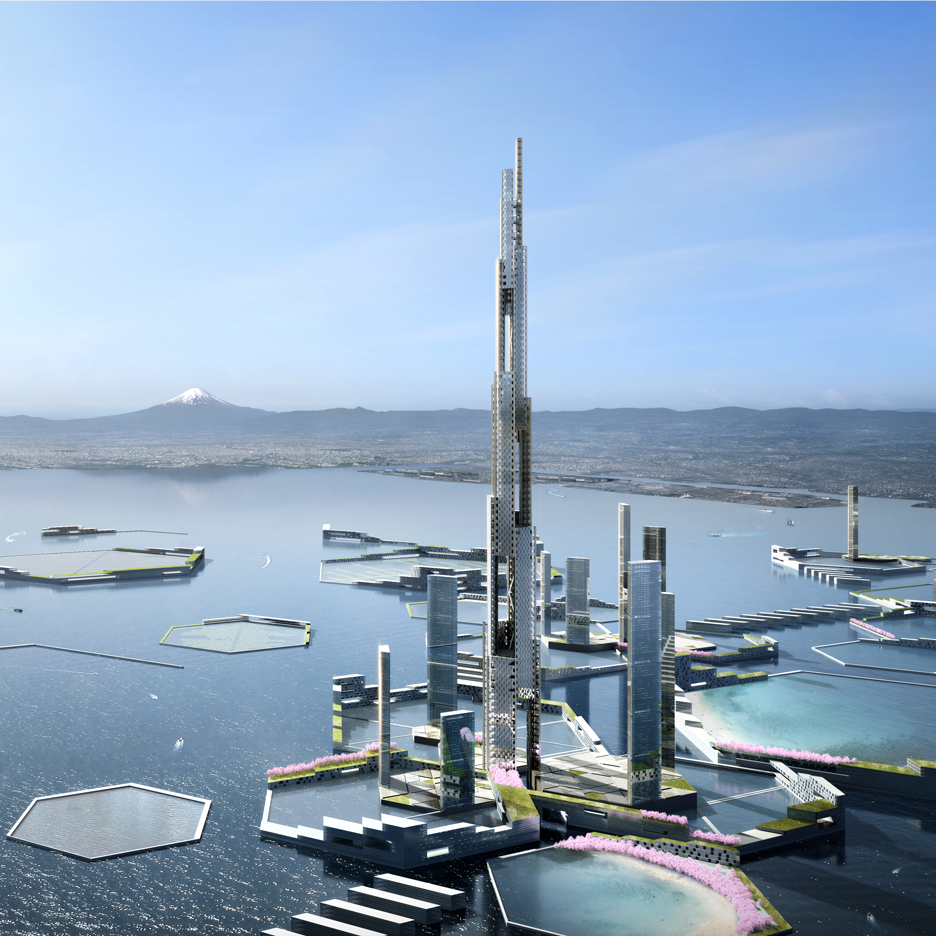 The firm has also designed South Korea’s tallest building, envisioned a new district in Tokyo that includes a mile-high skyscraper  and conceived a trio of high-end residential buildings for New York’s Hudson River.

Photography is by Julien Lanoo unless otherwise stated