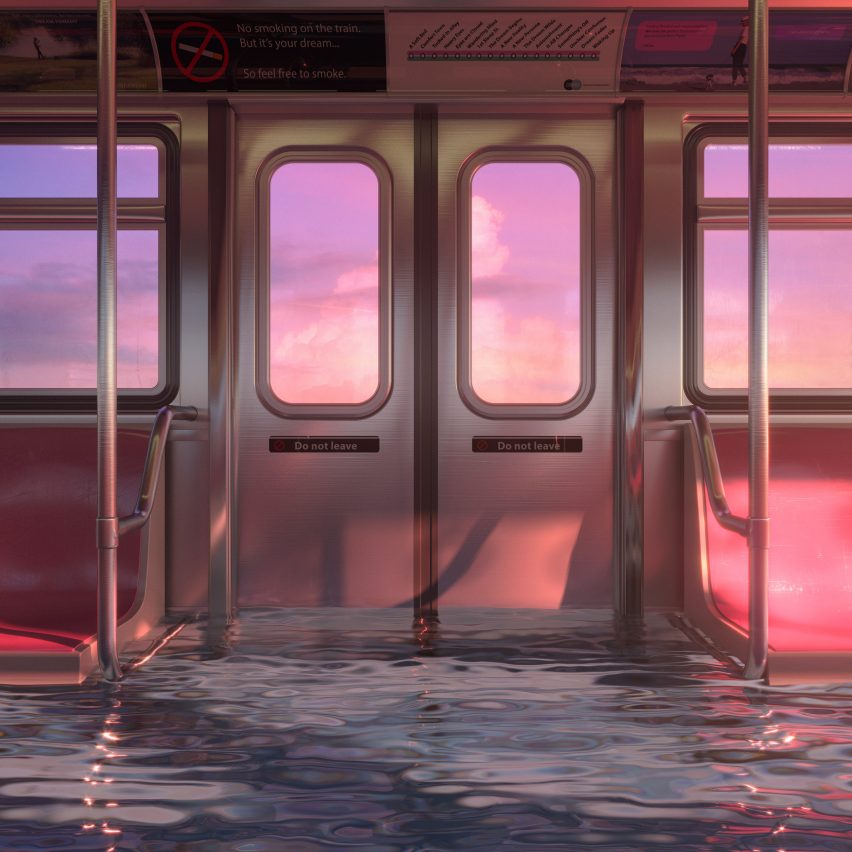 Comprising just over 200 pages, Dreamscapes & Artificial Architecture shows off the fanciful landscapes, structures and interiors imagined by 3D artists “working at the intersection of architecture, interior design, and technology”.

Gestalten says the hardback book comes at a time when spatial modelling software “has the potential to be immensely liberating”.

“We have never before had such capacity to render the world as we would like it to be,” explained the publishers.

“Modeling software is not industry-specific; you don’t have to be an architect to design a building, or an interior designer to render a space,” it continued.

“In recent years it has become increasingly popular among artists, who take the visual language of traditional CGI and apply it in new and interesting ways. In this book, this is exemplified by renders of impossible spaces that cannot – and will not – be built.”

A total of 44 3D artists are featured in the title, whose work depicts everything from pastel-pink seaside homes to desolate, post-apocalyptic wastelands.

Gestalten editor Elli Stuhler talks through five of her favourite artists – see below for the full selection. 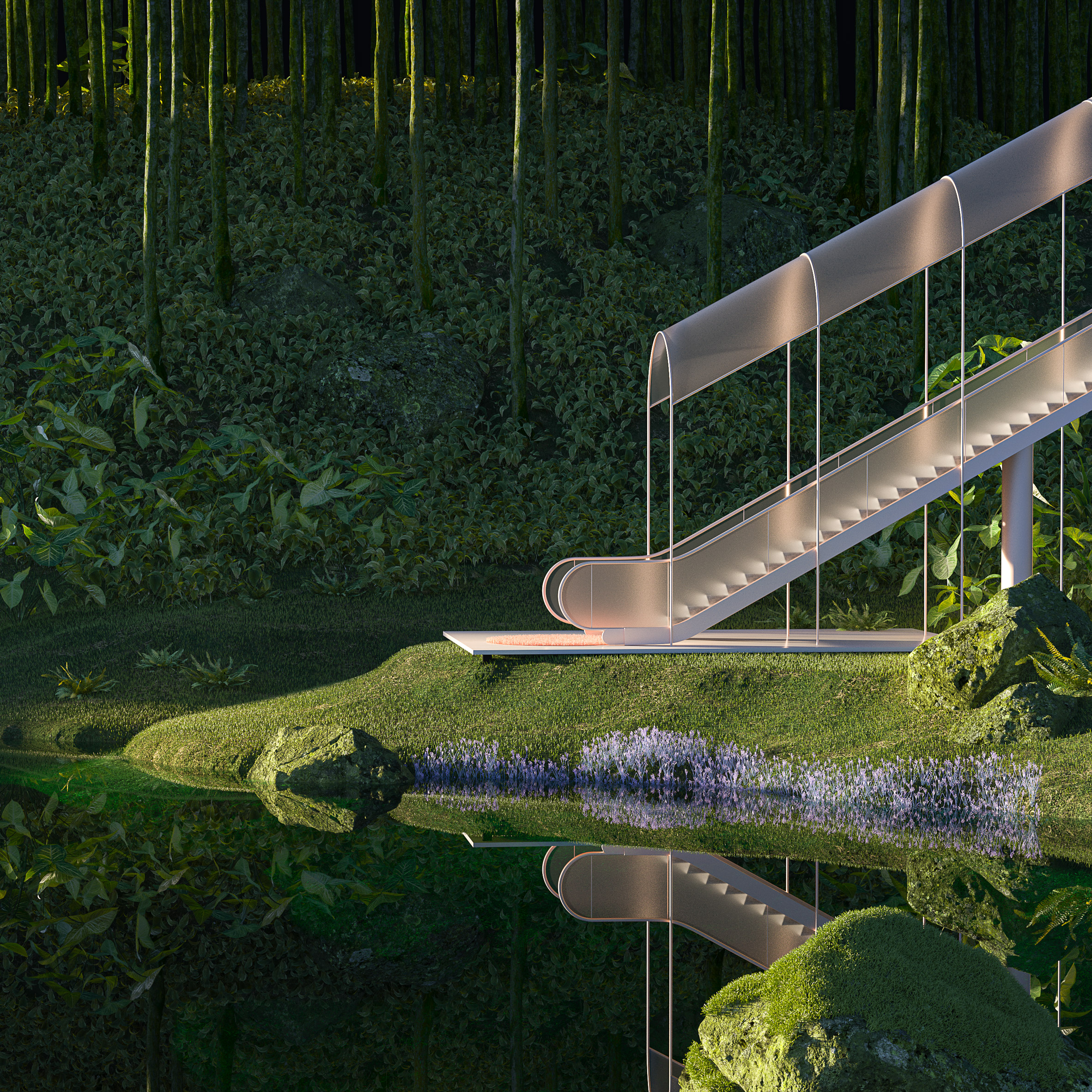 “Australian artist Paul Milinski is featured right at the outset of the book because his work does a really good job of encapsulating the book’s overall mood.

“His work combines several disciplines: 3D, of course, but he also weaves in architecture, interiors, still-life and landscaping. These spaces don’t always need to make sense – escalators leading down to the edge of a glassy pond, for instance – and that’s what I personally like most about them.” 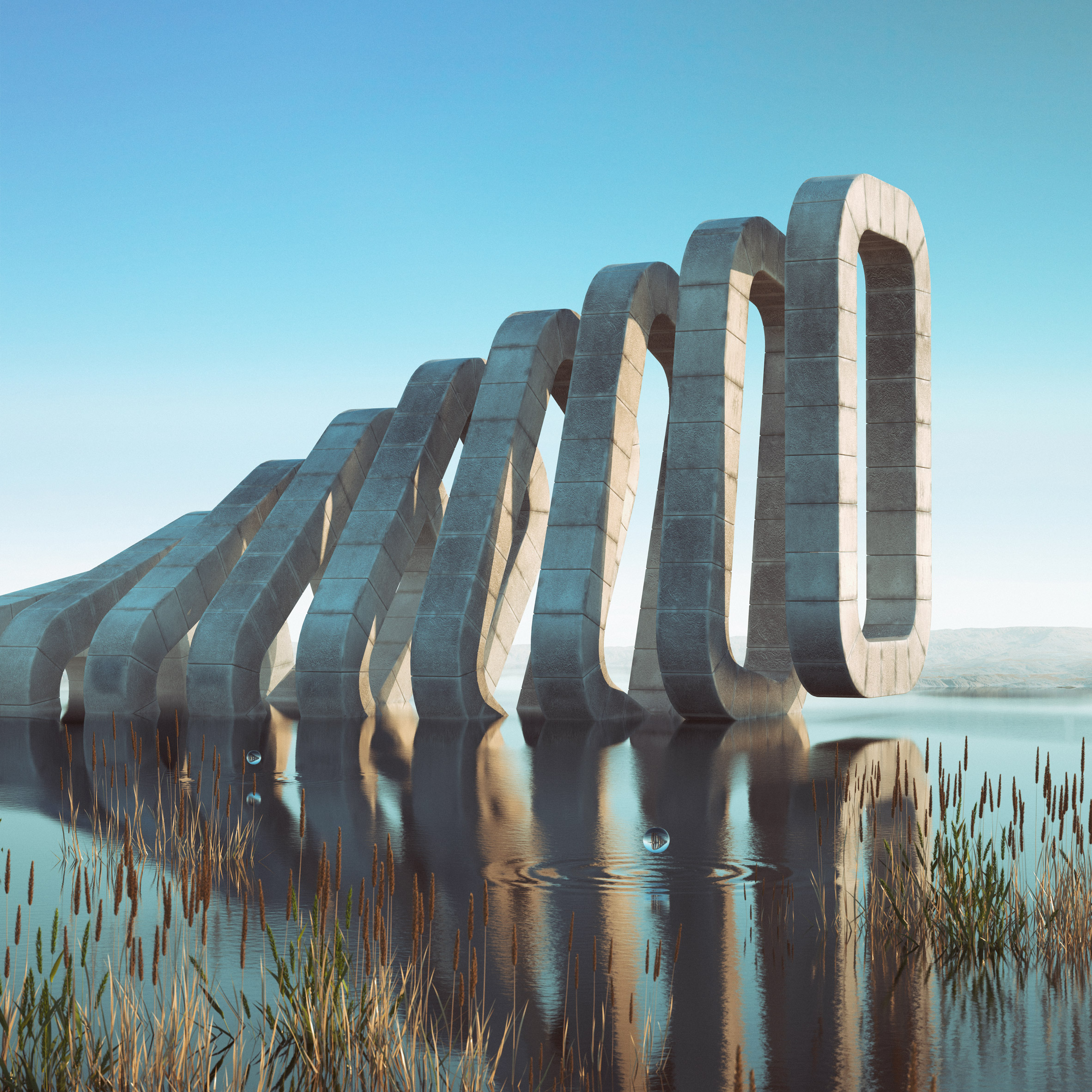 “Filip Hodas is a Czech 3D artist with a huge online following, no small part of which will have been garnered by his Pop Culture Dystopia series.

“Mickey Mouse heads and Poke Balls lie forgotten, overgrown as if they’re remnants of some bygone world. My favourite of his works in the book show hulking brutalist concrete structures surrounded by water, as though emerging from the depths.” 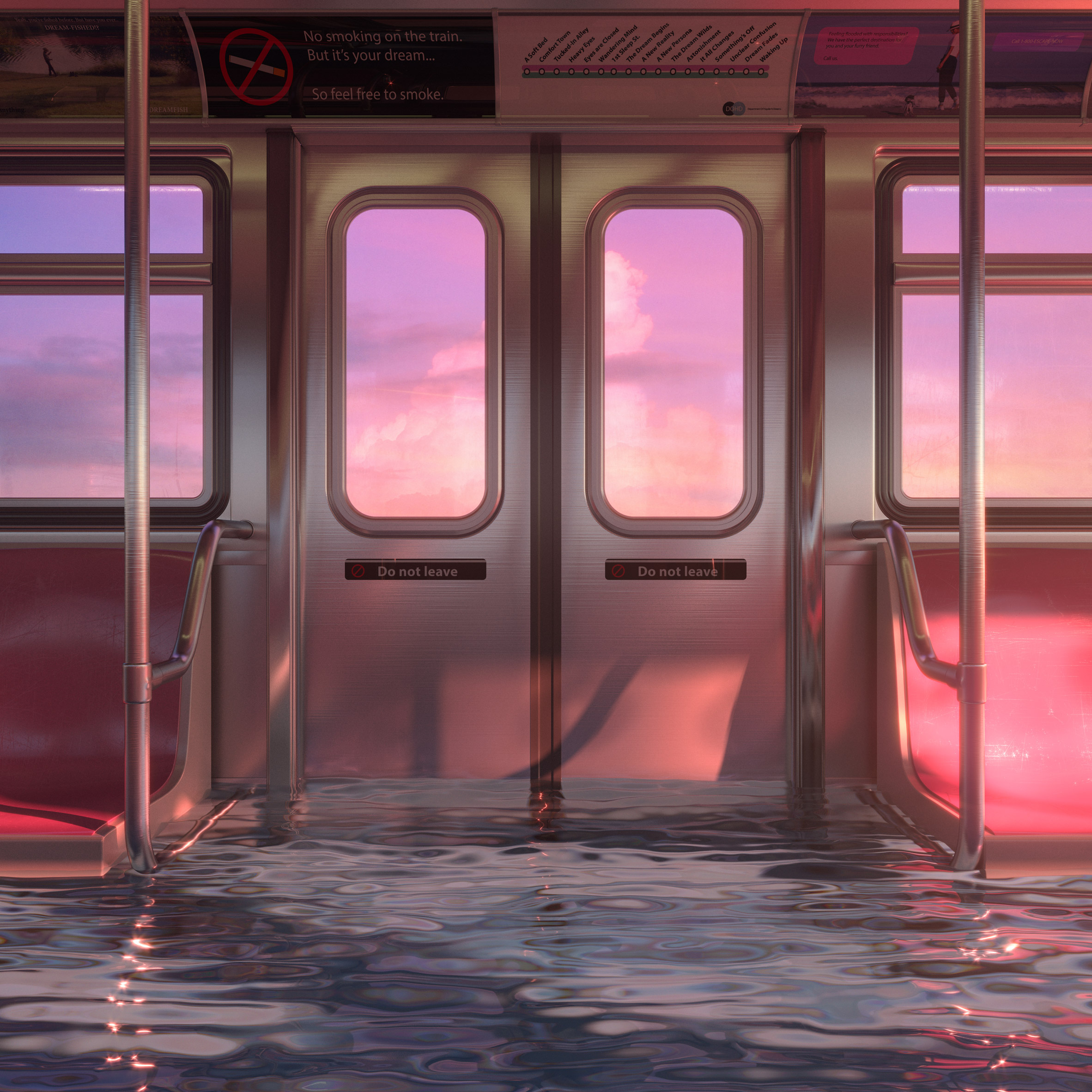 “Hayden Clay is an American photographer and 3D artist. We’ve included works that look a lot like a flooded version of the New York subway.

“He contrasts the foreboding subject matter with beautiful, warm lighting, like the next morning after a storm.” 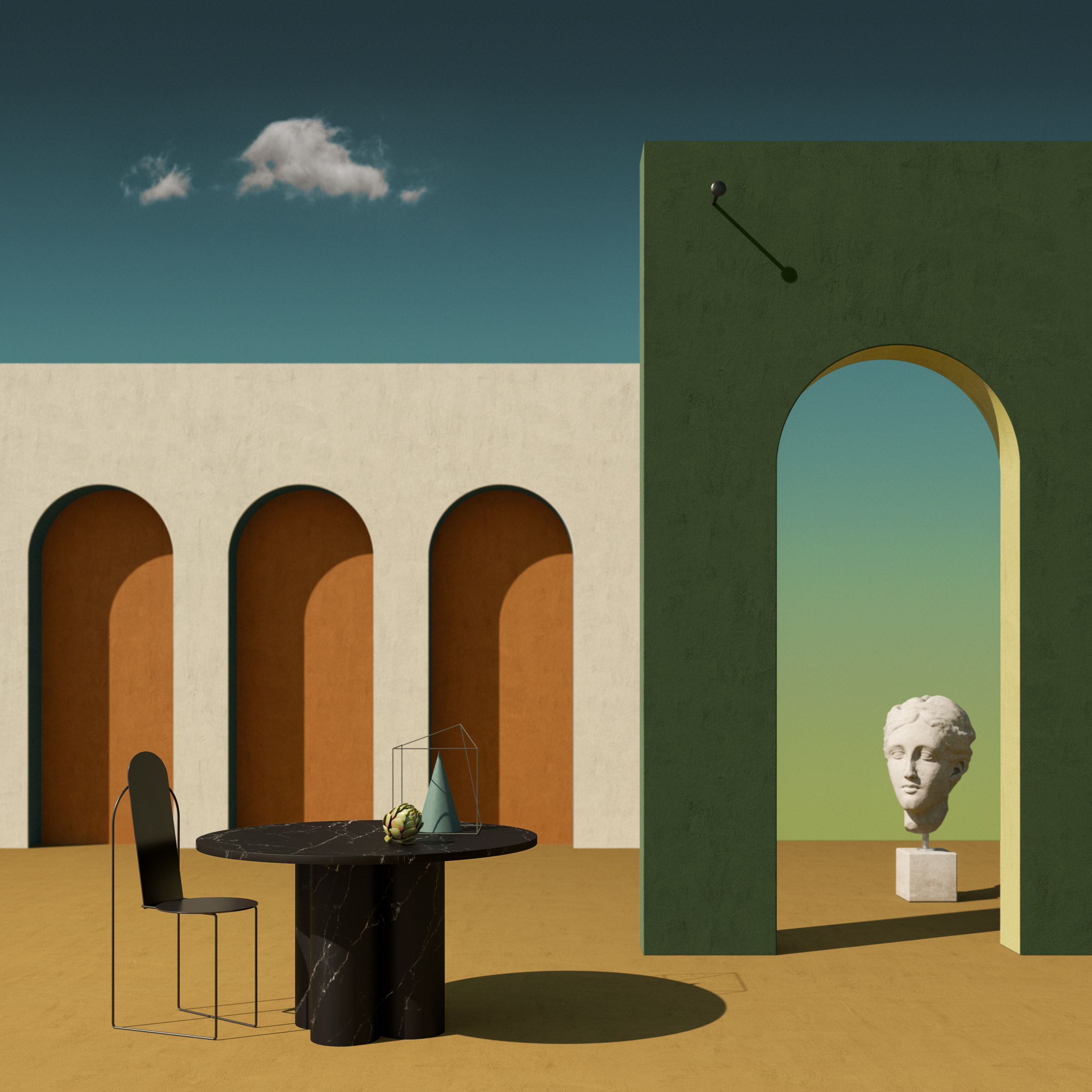 “Referring to many of the works in this book as ‘surreal’ is a very apt parallel to draw, but I like how this studio takes it a step further and has created a series of vignettes that are contemporary reinterpretations of artists René Magritte, Giorgio de Chirico or Maurits Cornelis Escher.

“This series expands the 2D world of these artists and fills it with contemporary furniture.” 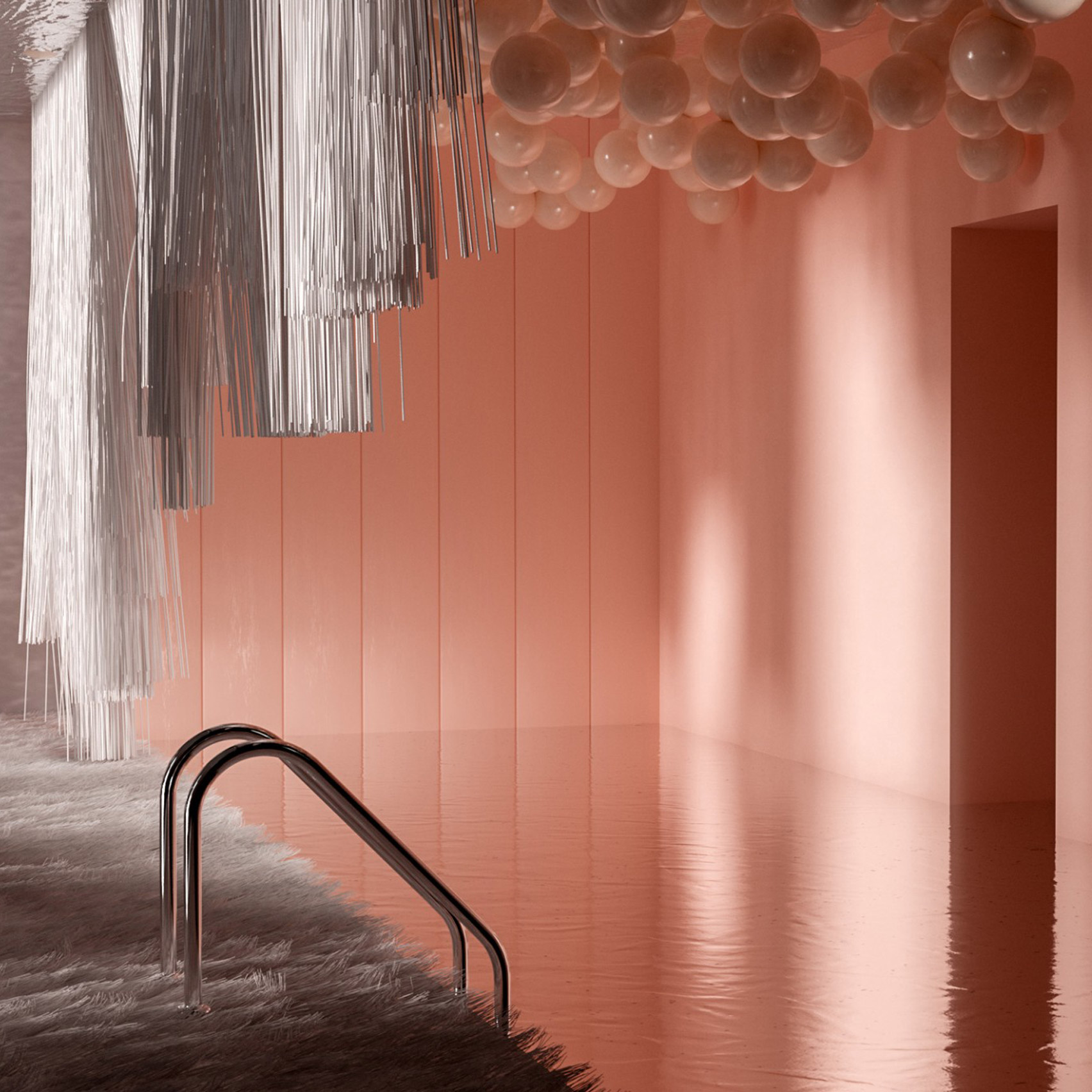 “I love the pastel colour palette of Andres Reisinger’s work. One of the works we show in the book is a pool with a deck made entirely from what appears to be white pink ostrich feathers.

“In real life, what could possibly be less practical? After a single swim, the feathers would be damp and matted – completely miserable. But that’s what I think makes this so appealing, it doesn’t need to be practical. Nothing about these spaces are in any way tied to reality. That’s the joy of it.”

All images courtesy of Gestalten.