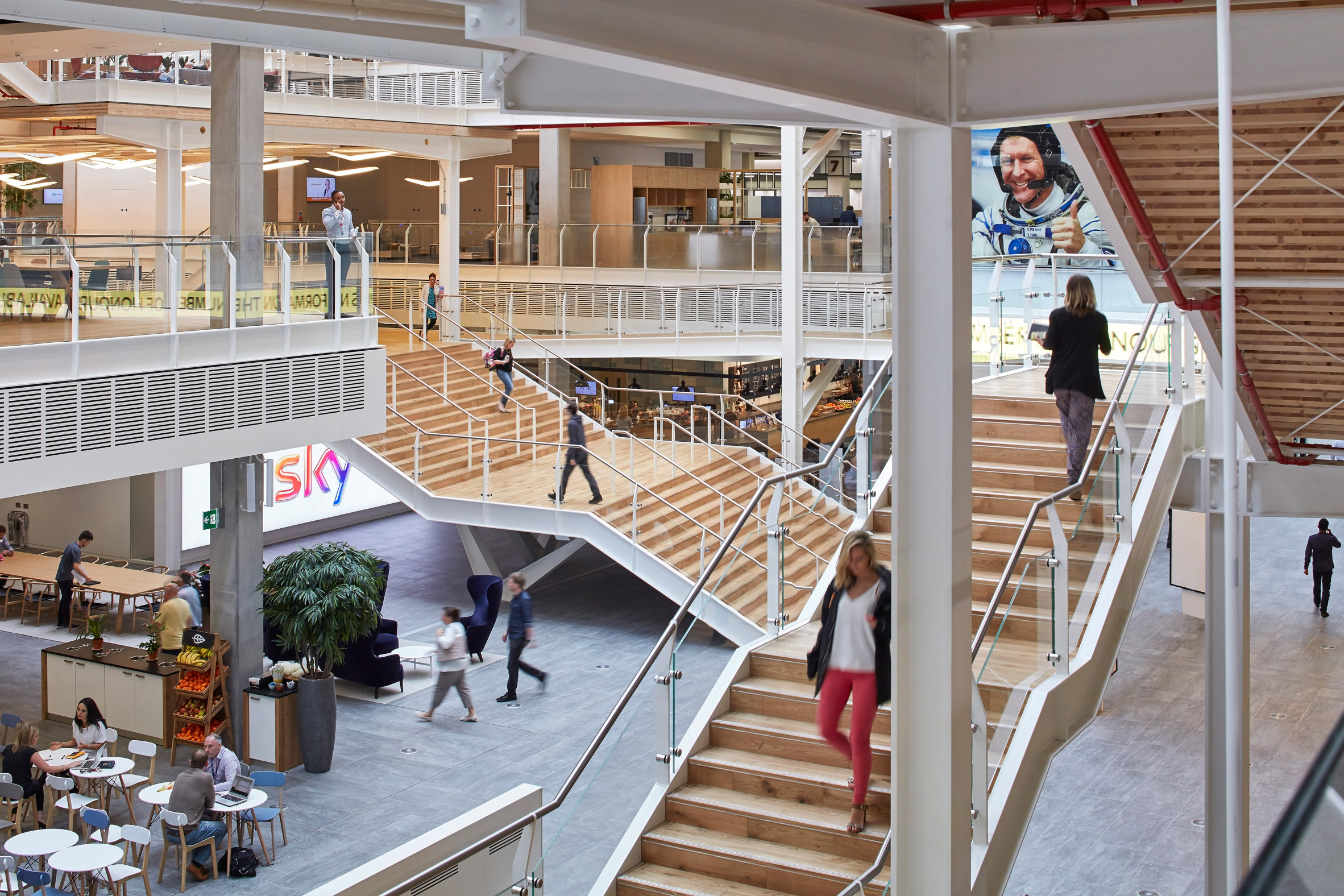 The three-storey building has a 37,700-square-metre plan arranged around a triple-height atrium. It houses over 3,500 employees, bringing Sky’s corporate and creative sections together under one roof.

AL_A wanted to base the design on Sky’s roots, as the company began on an industrial estate on the edge of the capital. The architects created a shed-like building clad in alternating panels of glass and aluminium. 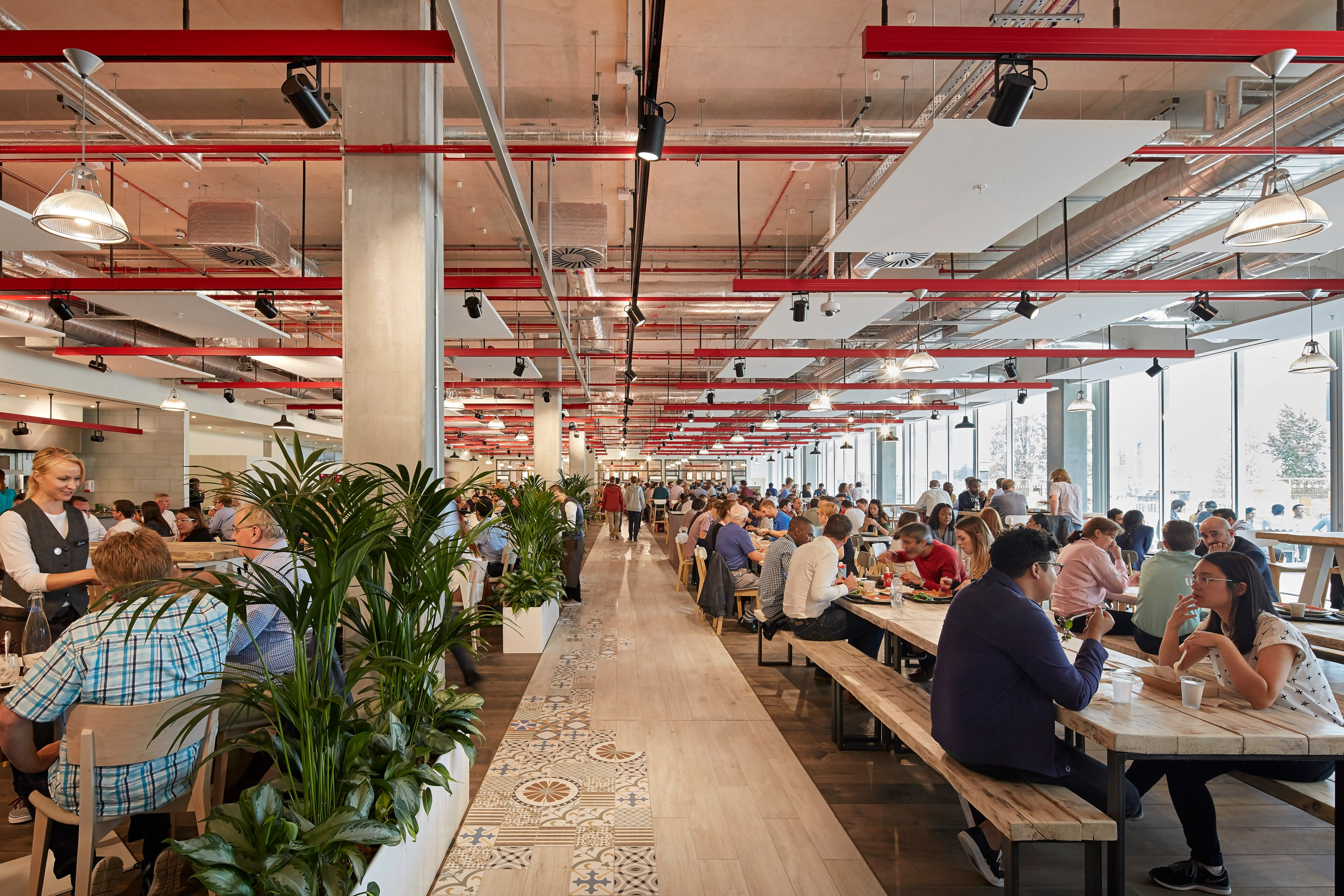 “Sky is proud of its beginnings on an industrial business park on the fringes of central London,” explained AL_A director Ho-Yin Ng.

“[We] worked with Sky to re-imagine a simple ‘shed’ typology as a means of bringing the broadcaster’s activities and people together under one roof in a series of modern and people-centric workplaces on its campus in Osterley.”

“The design embraces the simplicity of the industrial shed, the roots of the campus’s context, and defines a new model for the industry’s fast-paced and evolving future,” he added. 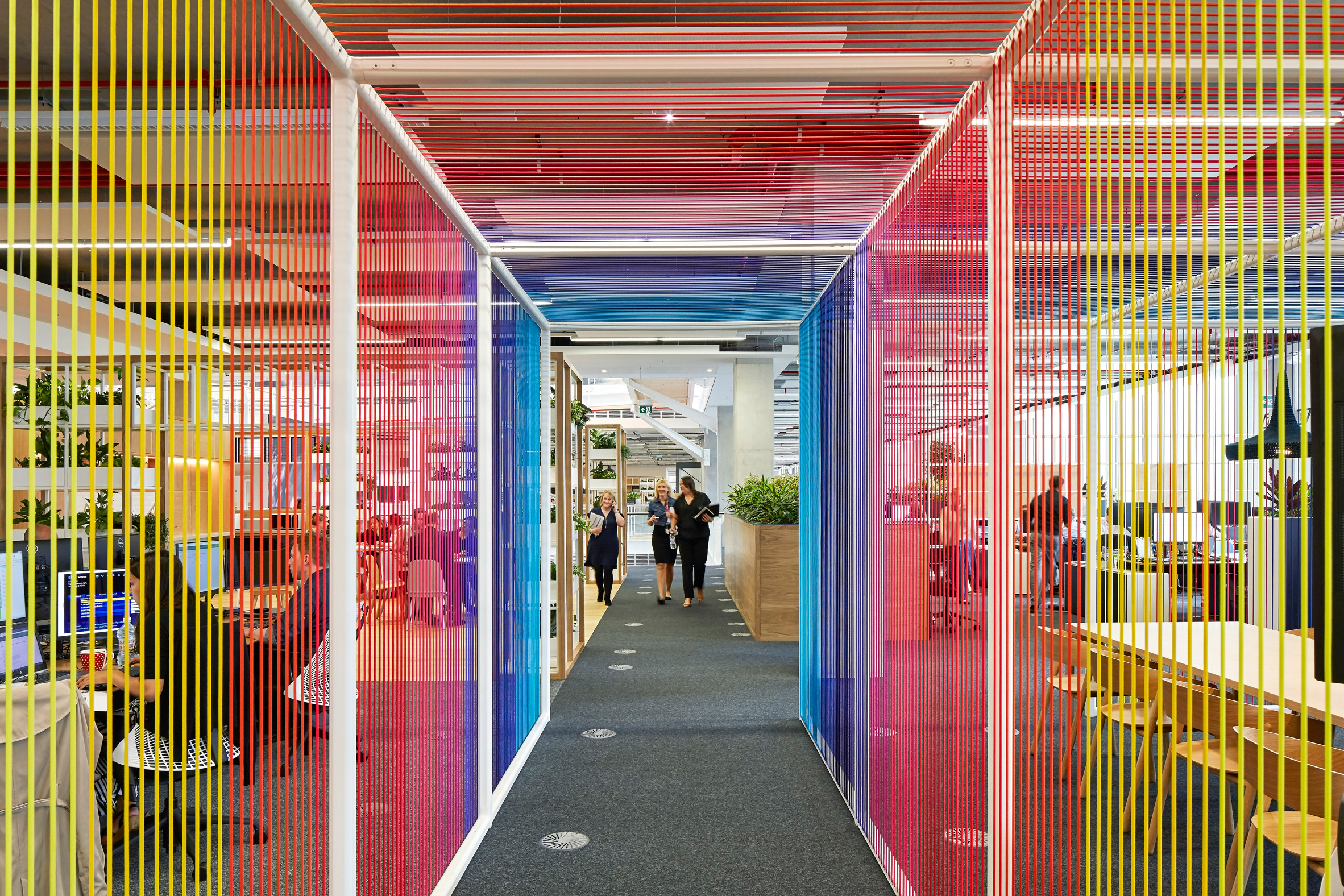 The large open-planned floor-plates are intended to inspire staff to work collaboratively, and to produce the best work they can. 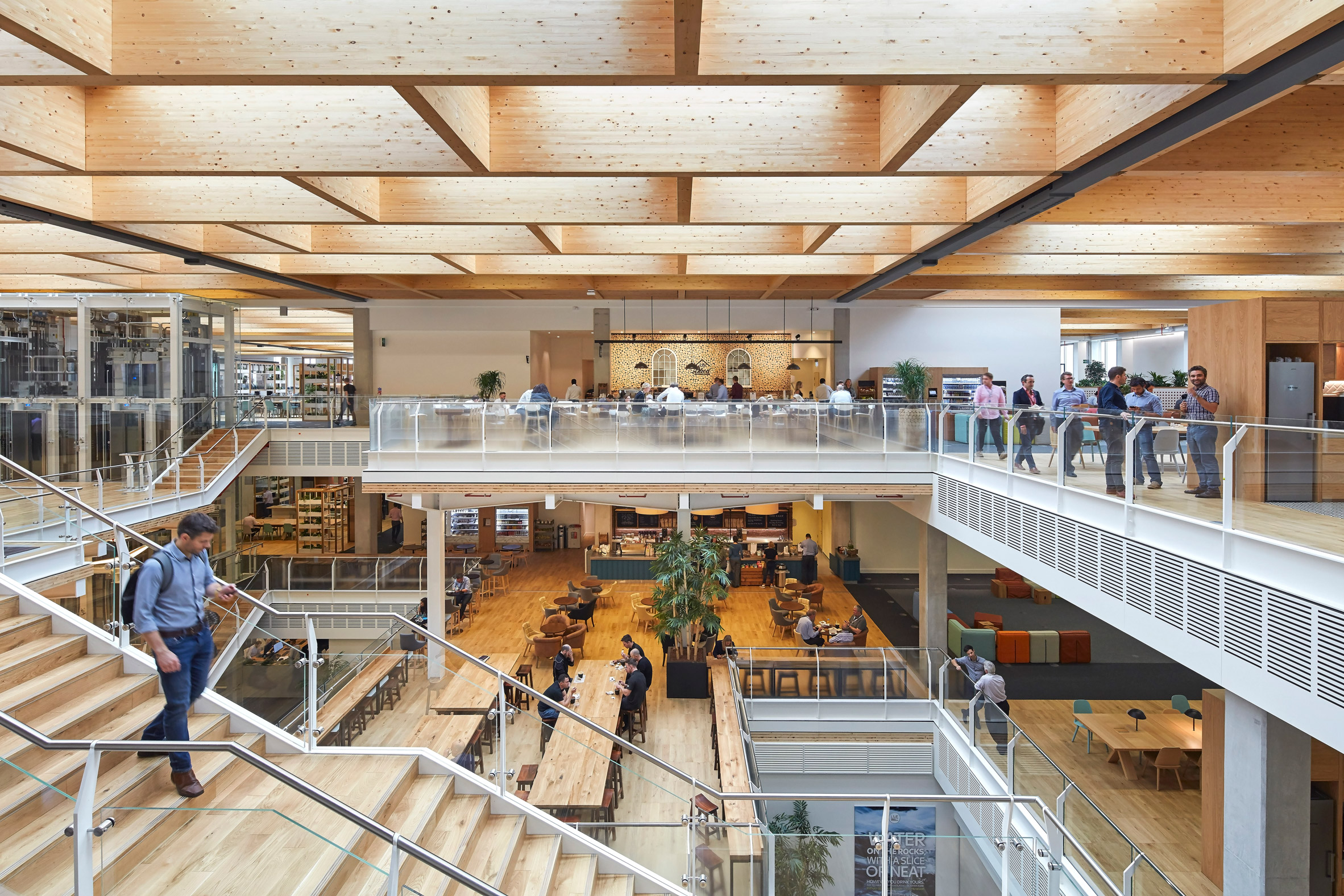 The floors are planned to create clear sight-lines between areas, while broad flights of steps down into the base of the atrium provide informal meeting spots.

Here, the 100-metre-long Sky Street runs the width of the ground floor, linking each area of the business. 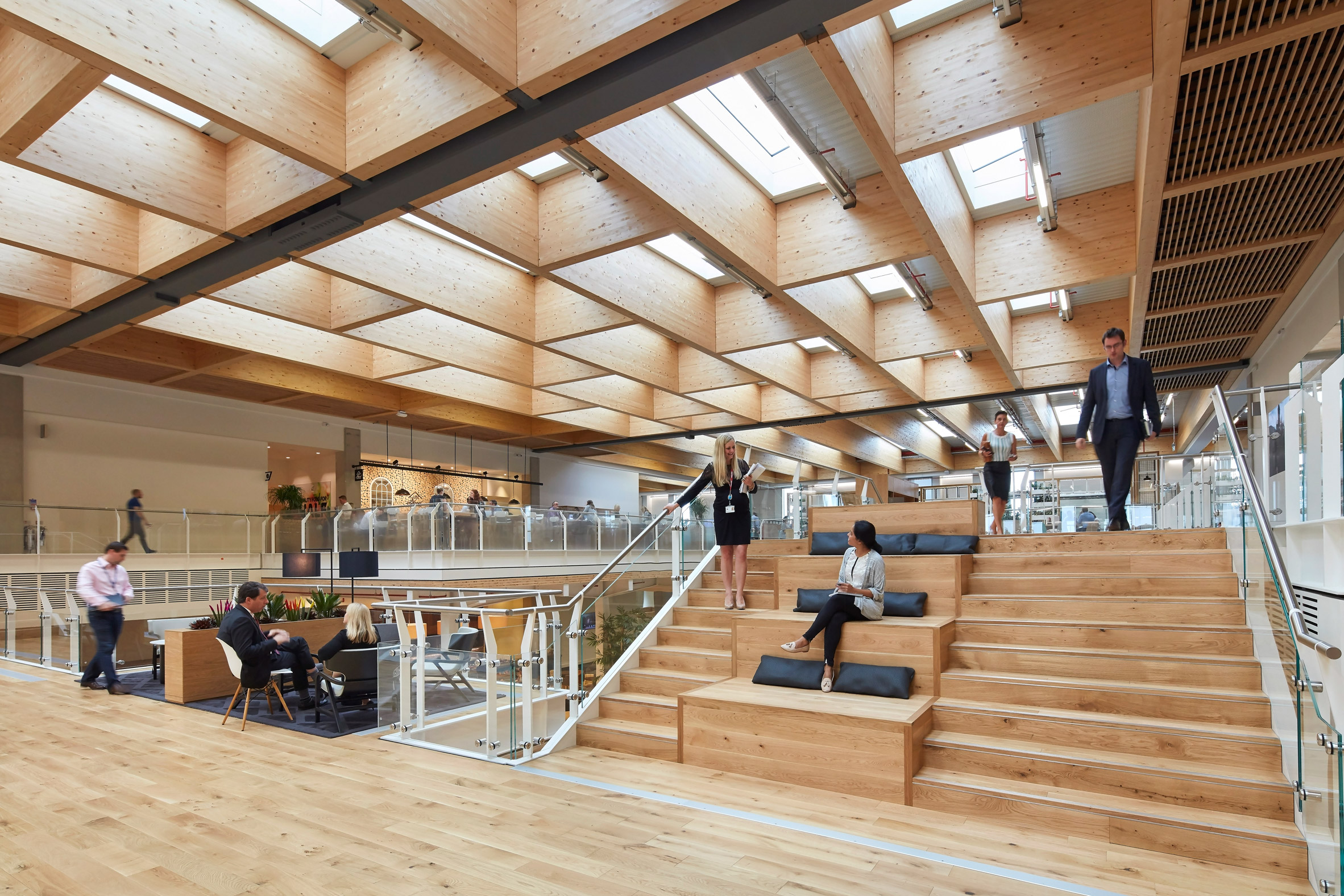 “These open and flexible spaces are designed in clusters of neighbourhoods to accommodate a new type of creative industry, where the traditional distinctions between creative, technical, production and corporate have been broken down,” said the firm. 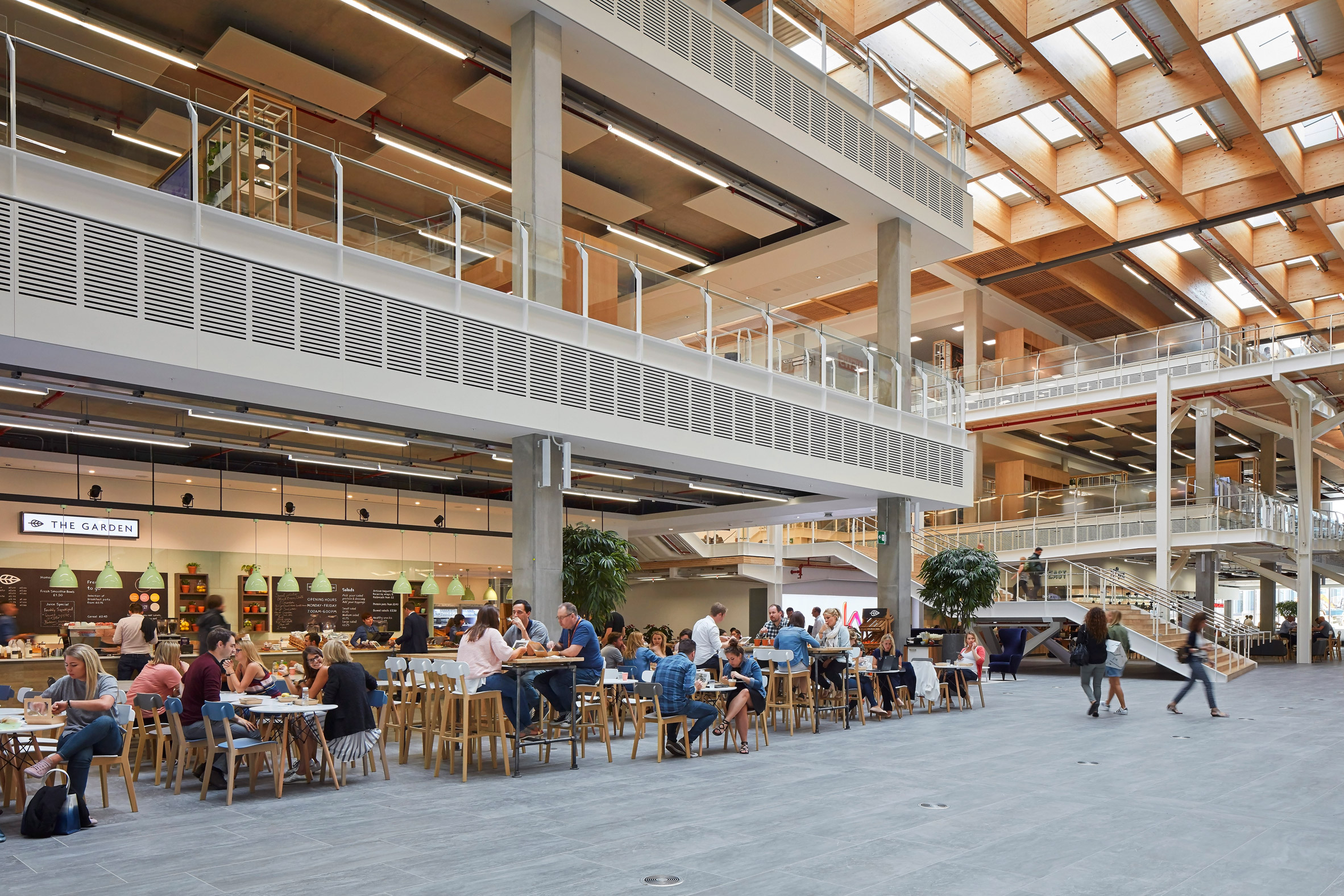 The building is topped by a grid of skylights that flood the wood-lined interior with natural light and reduce the need for artificial lighting.

Sky is the latest company to adopt a workplace intended to create more collaboration between staff, by doing away with cubicles and individual offices.

But, following a string of reports damning traditional open-planned offices for nurturing unfriendliness between co-workers and damaging productivity, the form of this type of office is changing.

Many now incorporate a range of private, semi-private and socialising spaces, taking cues from the service and residential sectors as well as co-working spaces. 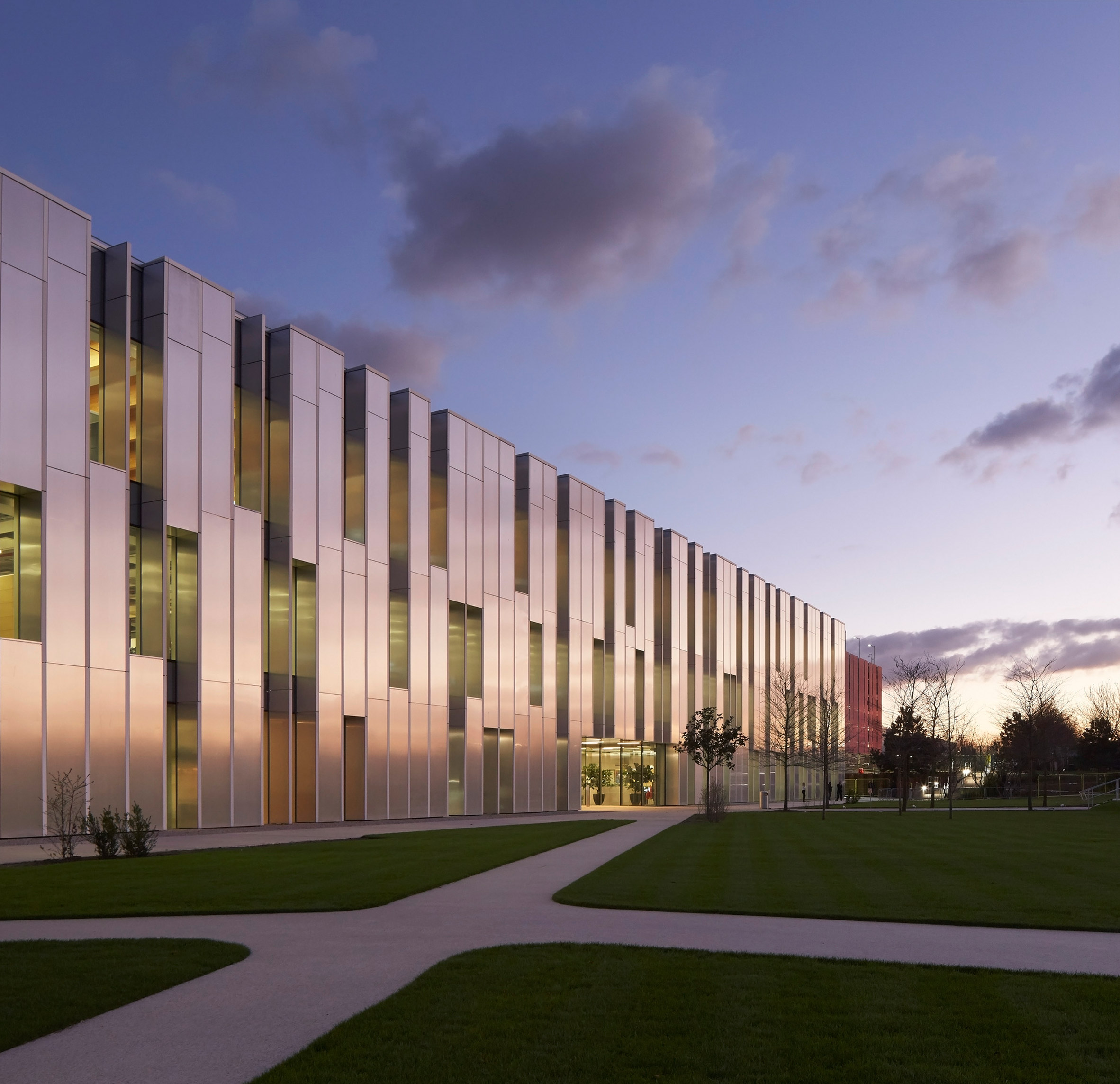 AL_A is also currently working on a new entrance for the V&A museum in London, featuring a porcelain courtyard, and recently completed the MAAT museum of art, architecture and technology in Lisbon.

The firm’s founder Amanda Levete placed at number 179 on Dezeen Hot List, a comprehensive guide to the most read-about architects, designers and institutions of the last year. 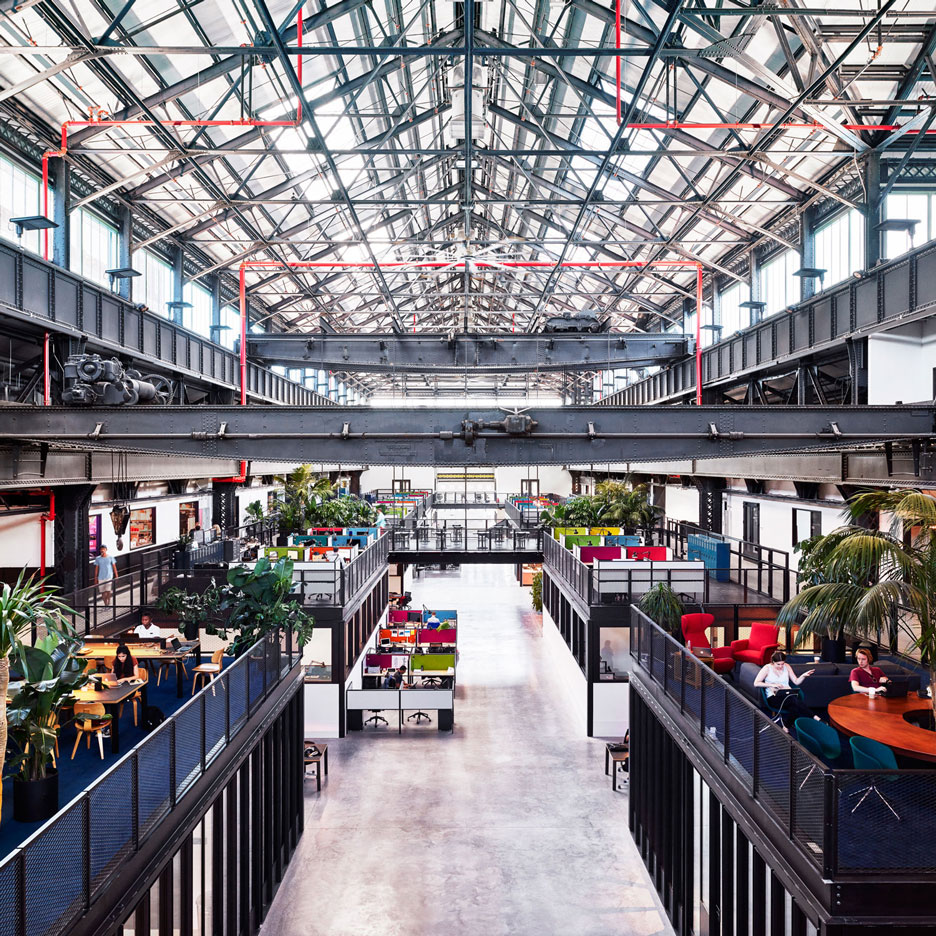 Photography is by Hufton + Crow, unless otherwise stated.