US studio Allied Works has created a building to honour military veterans in downtown Columbus, which appears as a circular form crisscrossed by large concrete arches.

The National Veterans Memorial and Museum was built on a seven-acre (three-hectare) site that sits alongside the Scioto River in Ohio‘s capital city. 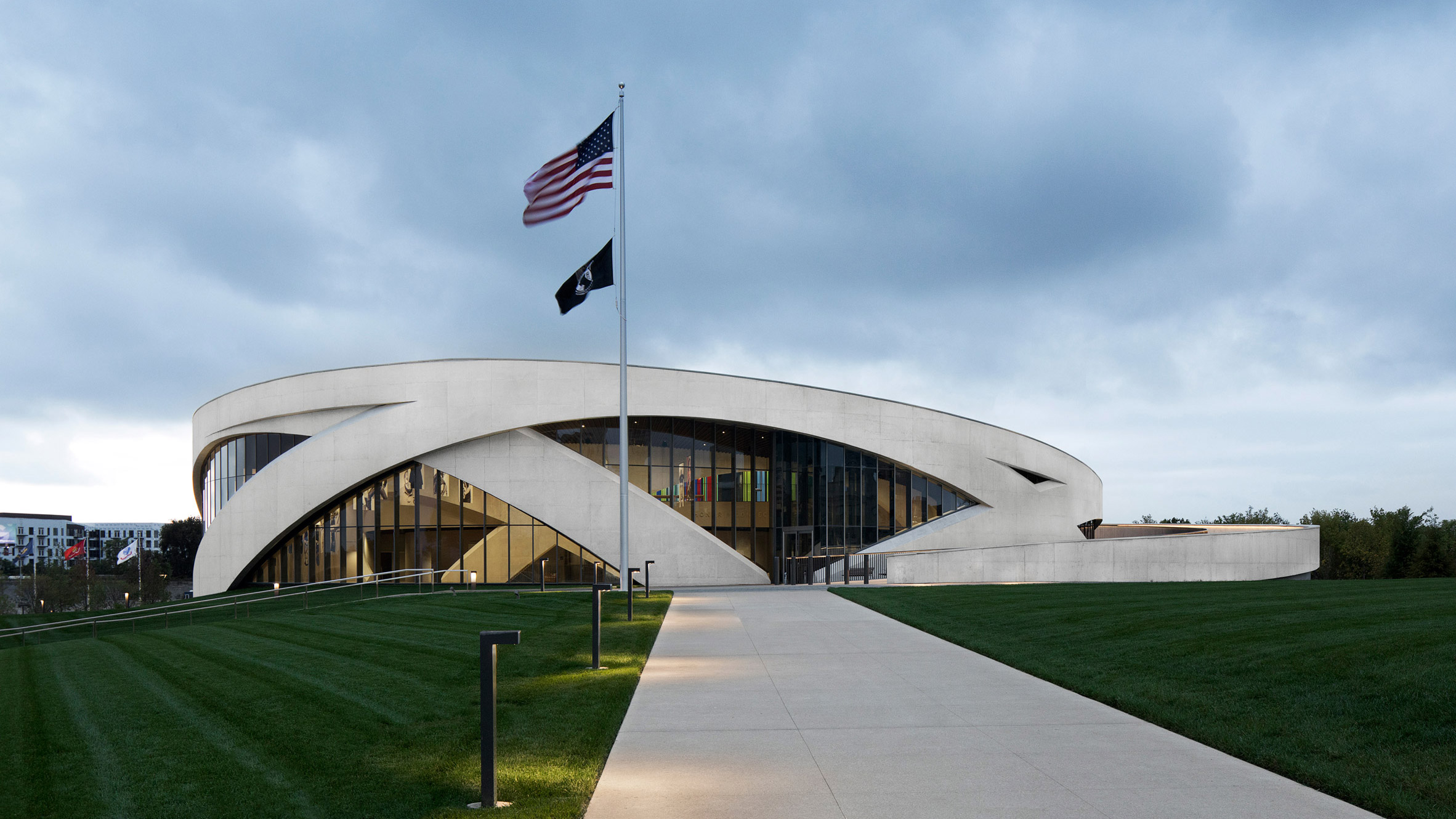 Encompassing 53,000 square feet (4,924 square metres), the building contains a range of galleries and gathering spaces. The design is meant to unite “architecture and landscape in one gesture”, said Allied Works, which has offices in New York and Portland, Oregon. 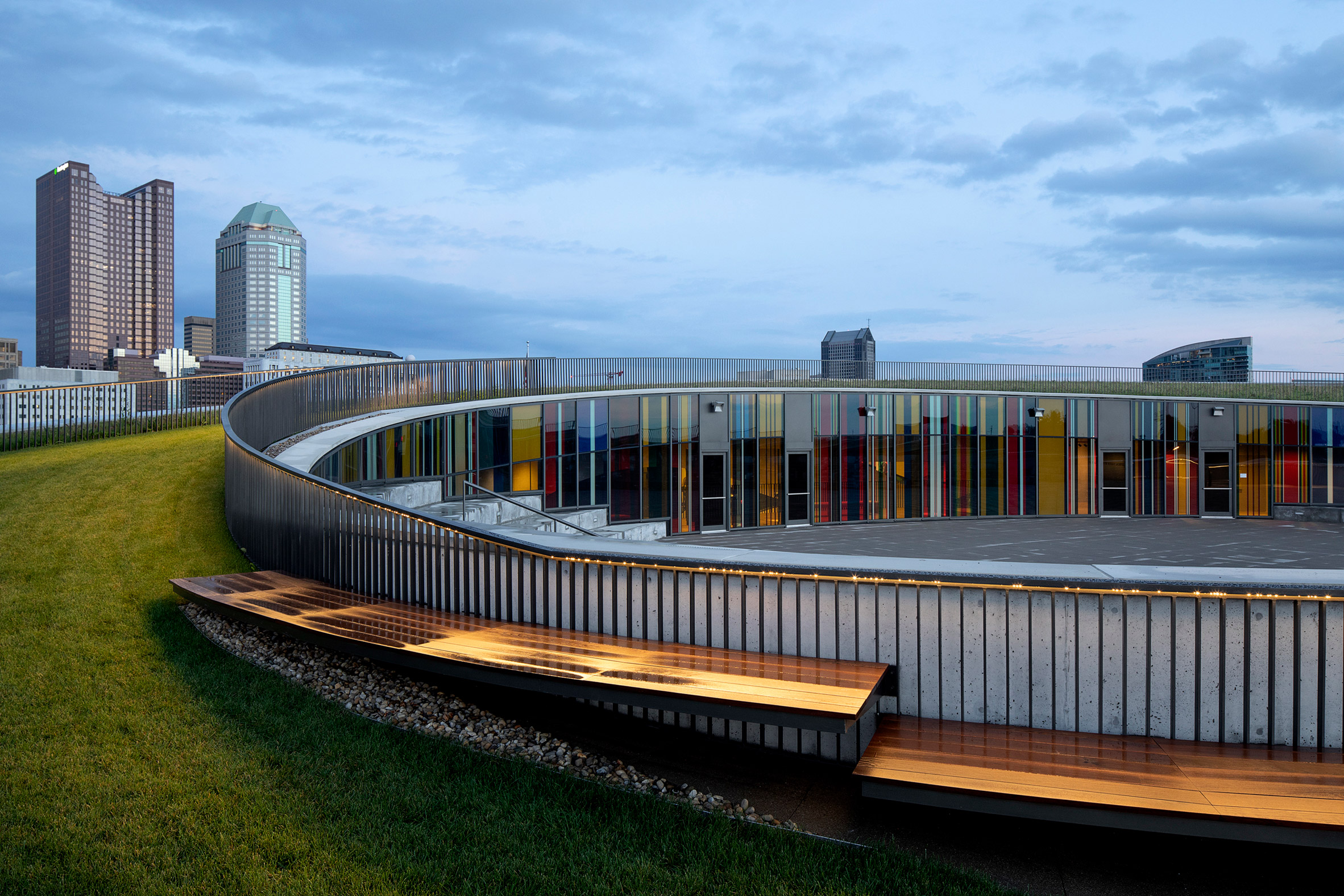 “Our design for the museum and memorial helps to articulate the intention of this new institution through its very form, transforming the land itself into a monument to service and into a community gathering place fostering conversation and commemoration,” said founding principal Brad Cloepfil in a project statement. 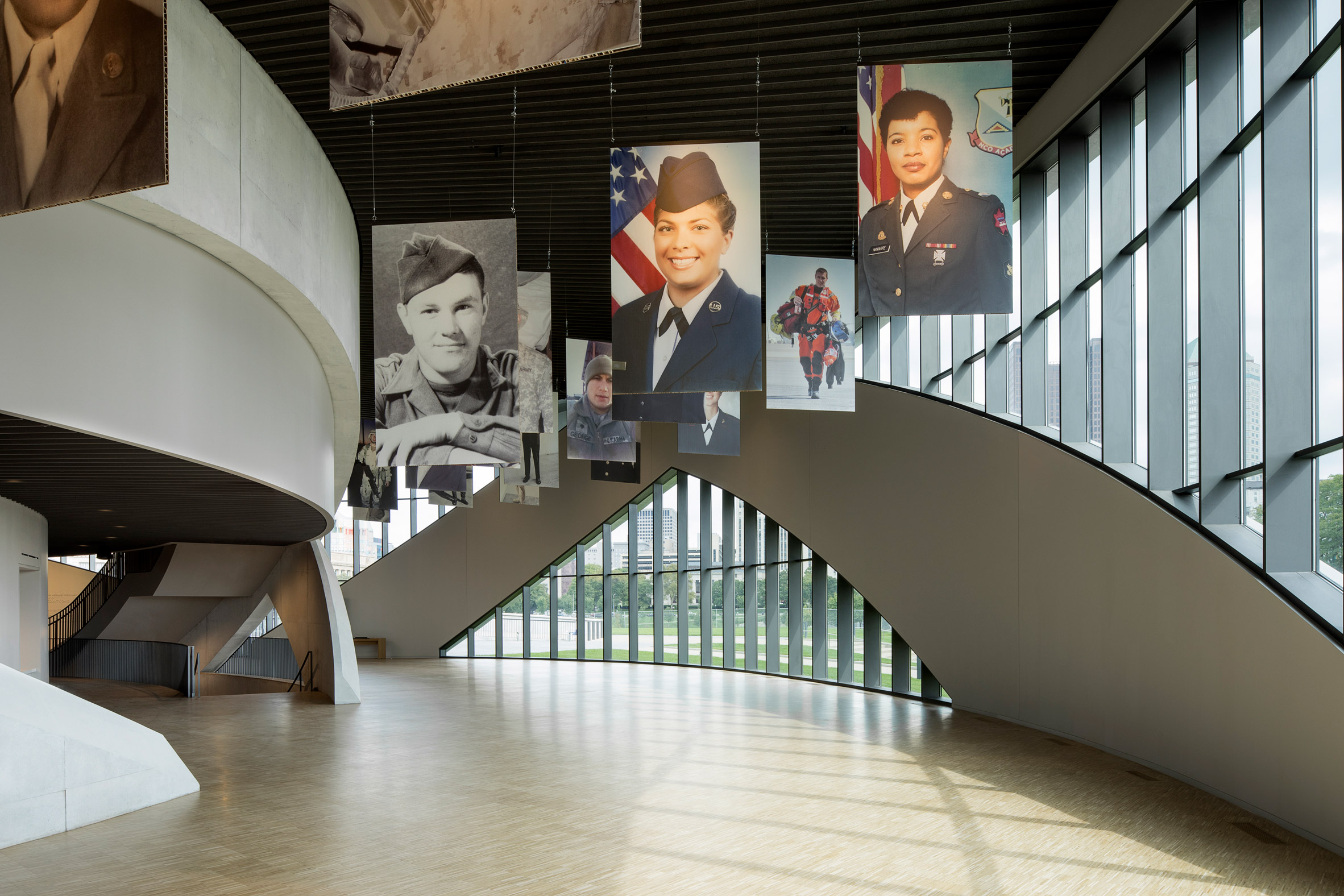 The circular building is wrapped in glass and intersecting bands of concrete. The structural bands, arranged as three concentric rings, are meant to “give to form to the museum and bind the building to the site”. A ramp curls around the exterior and connects to a rooftop plaza. 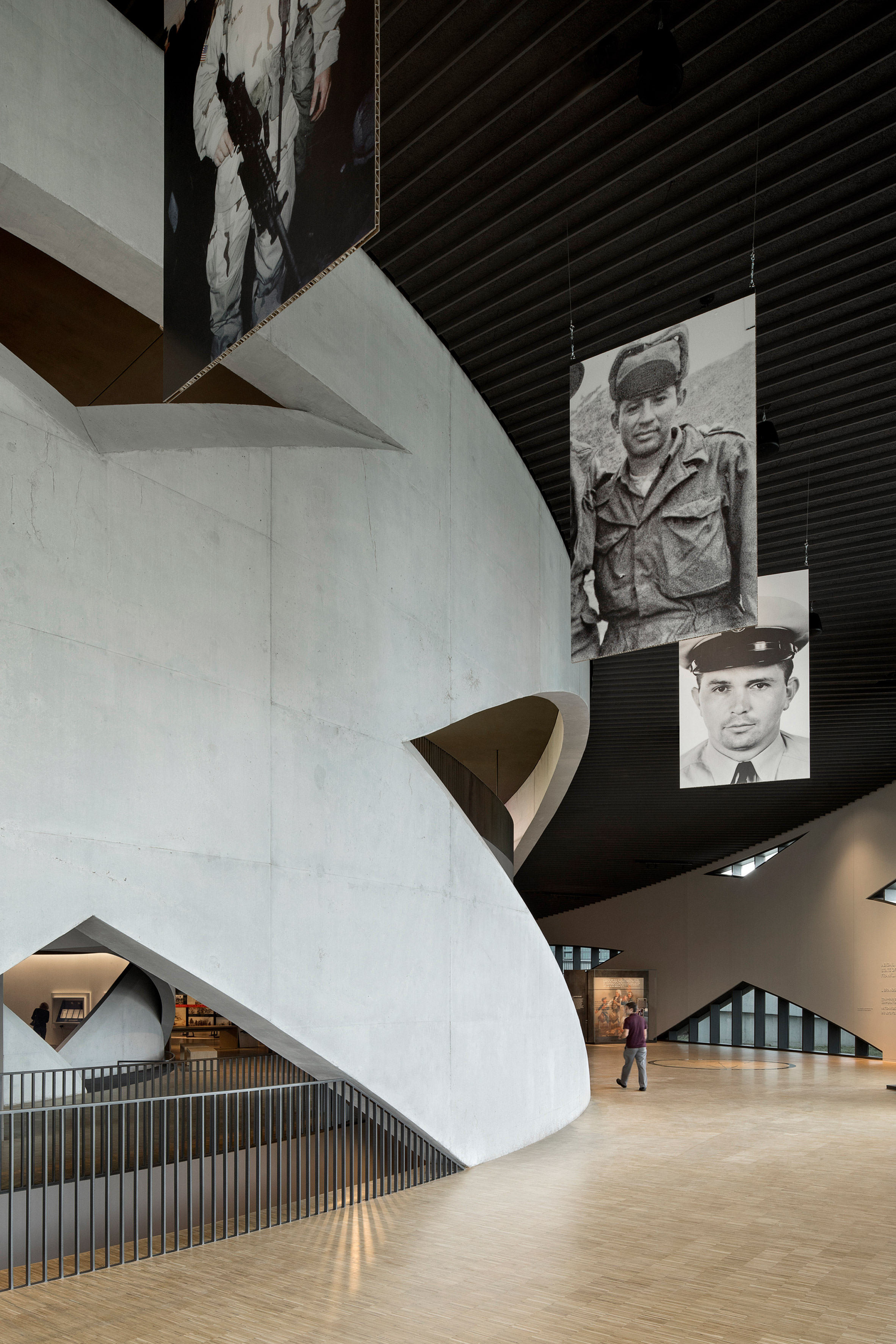 Visitors enter the building through a ground-level forecourt and pass underneath a pair of concrete arches. Inside, they step into a lobby, which leads into a double-height hall offering views of the river and cityscape. 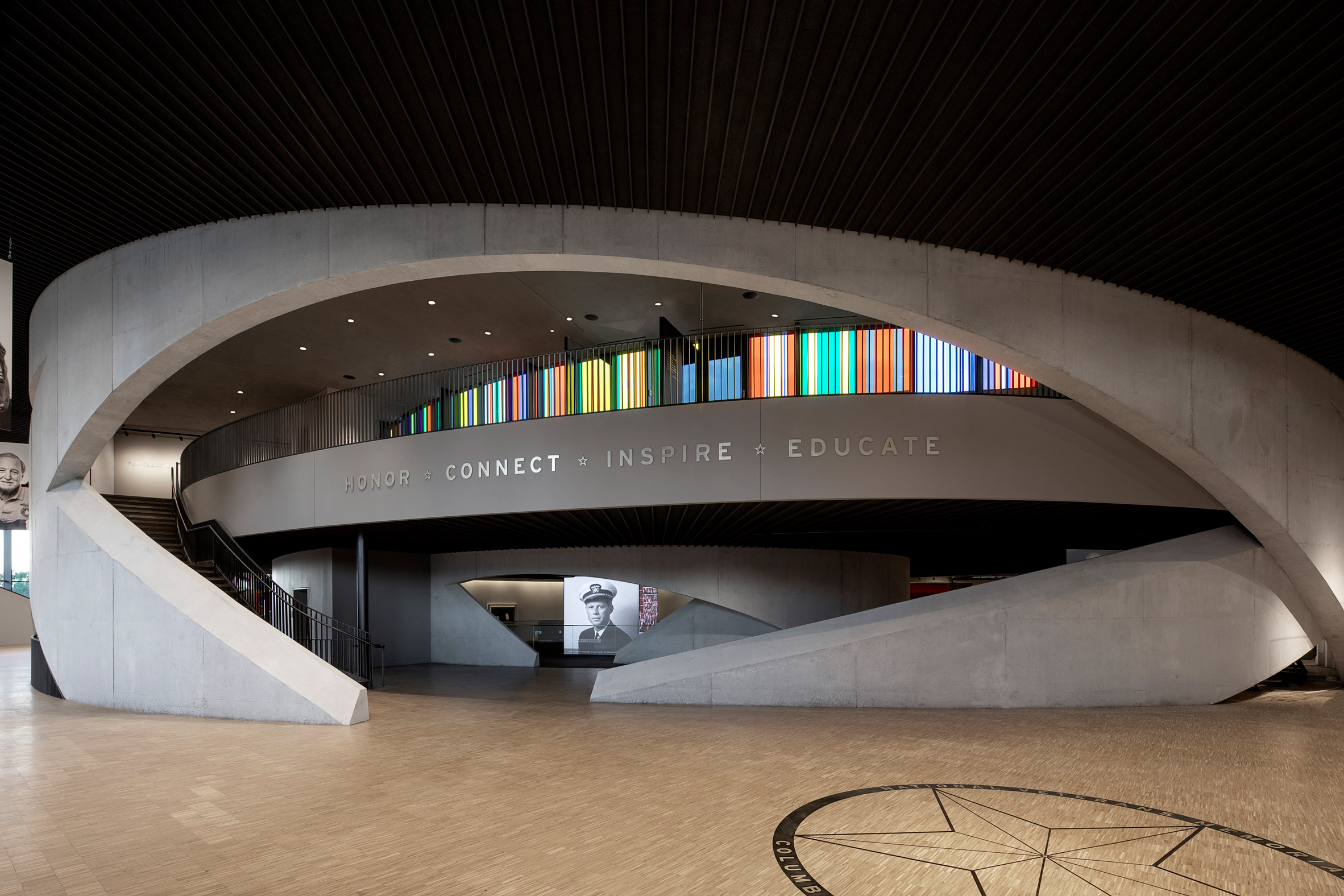 The perimeter of the ground floor is occupied by galleries, with exhibits designed by the global studio Ralph Appelbaum Associates.

“A series of light-filled galleries organised along the building’s perimeter bring visitors on a narrative journey that explores core moments of the veteran experience,” the team said. 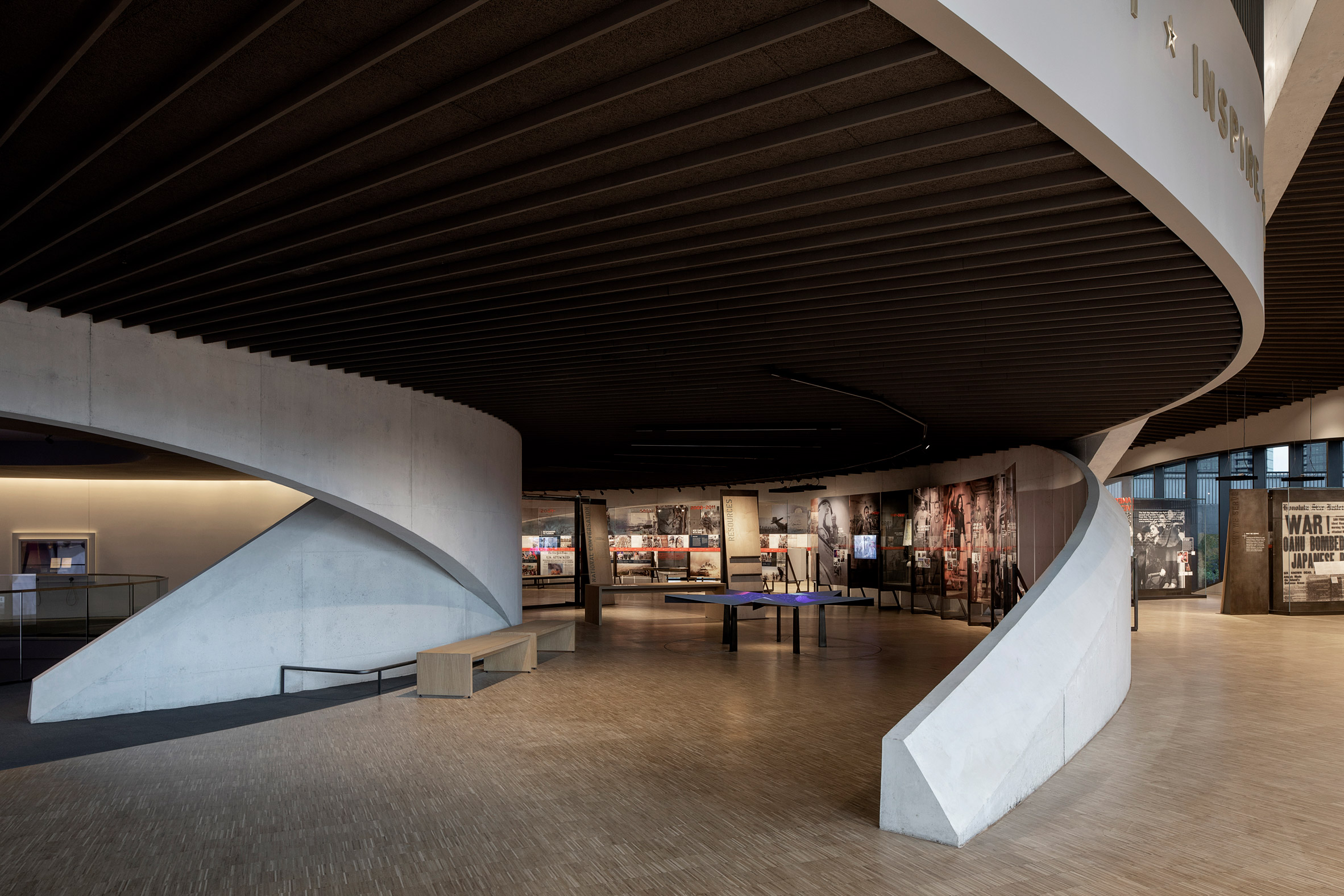 “The exhibits provide a thematic look at the experience of transitioning from a civilian, to a member of the armed services, to a veteran reentering civilian life, as they carve a chronological and thematic path of key historic moments in American history.” 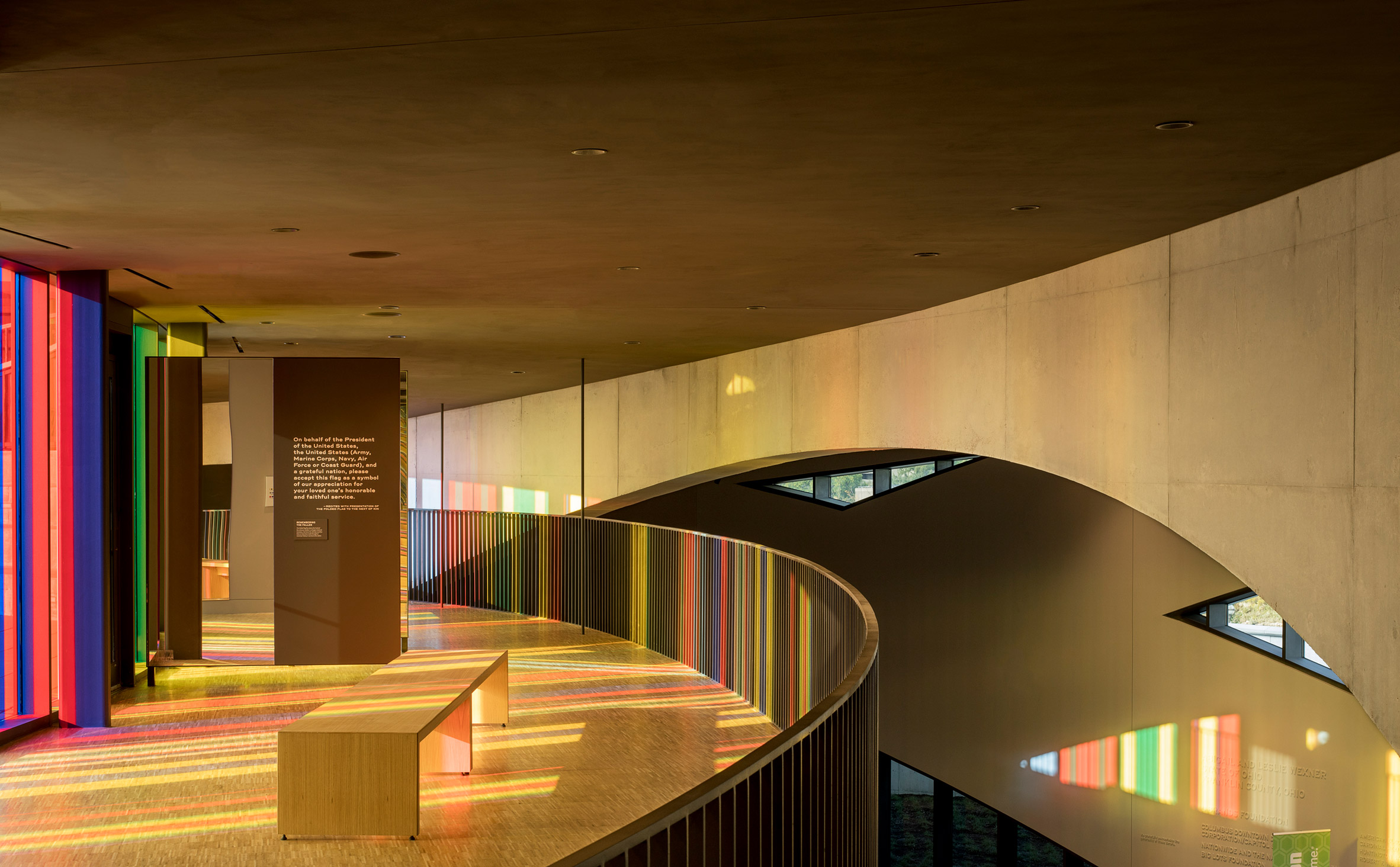 On the upper level, the team placed a Remembrance Gallery and the central plaza, called the Rooftop Sanctuary.

“Defined and held by the circular form of the building’s green roof, the Sanctuary provides a place for quiet contemplation as well as ceremonial events for the community,” the team said. 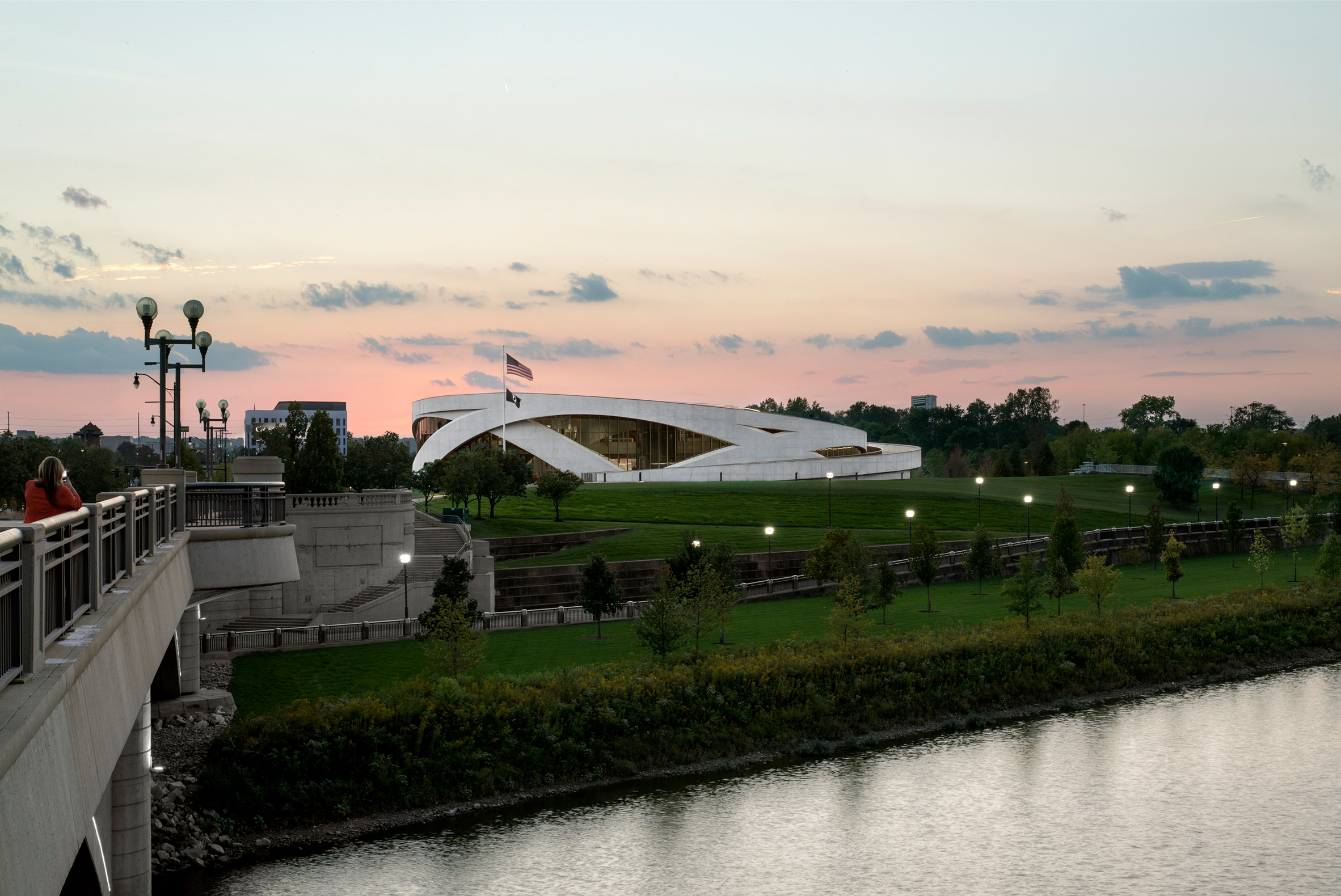 The building sits on a verdant site, with a landscape design by Philadelphia-based studio OLIN. A central feature is the Memorial Grove, which consists of trees encircled by a pathway. 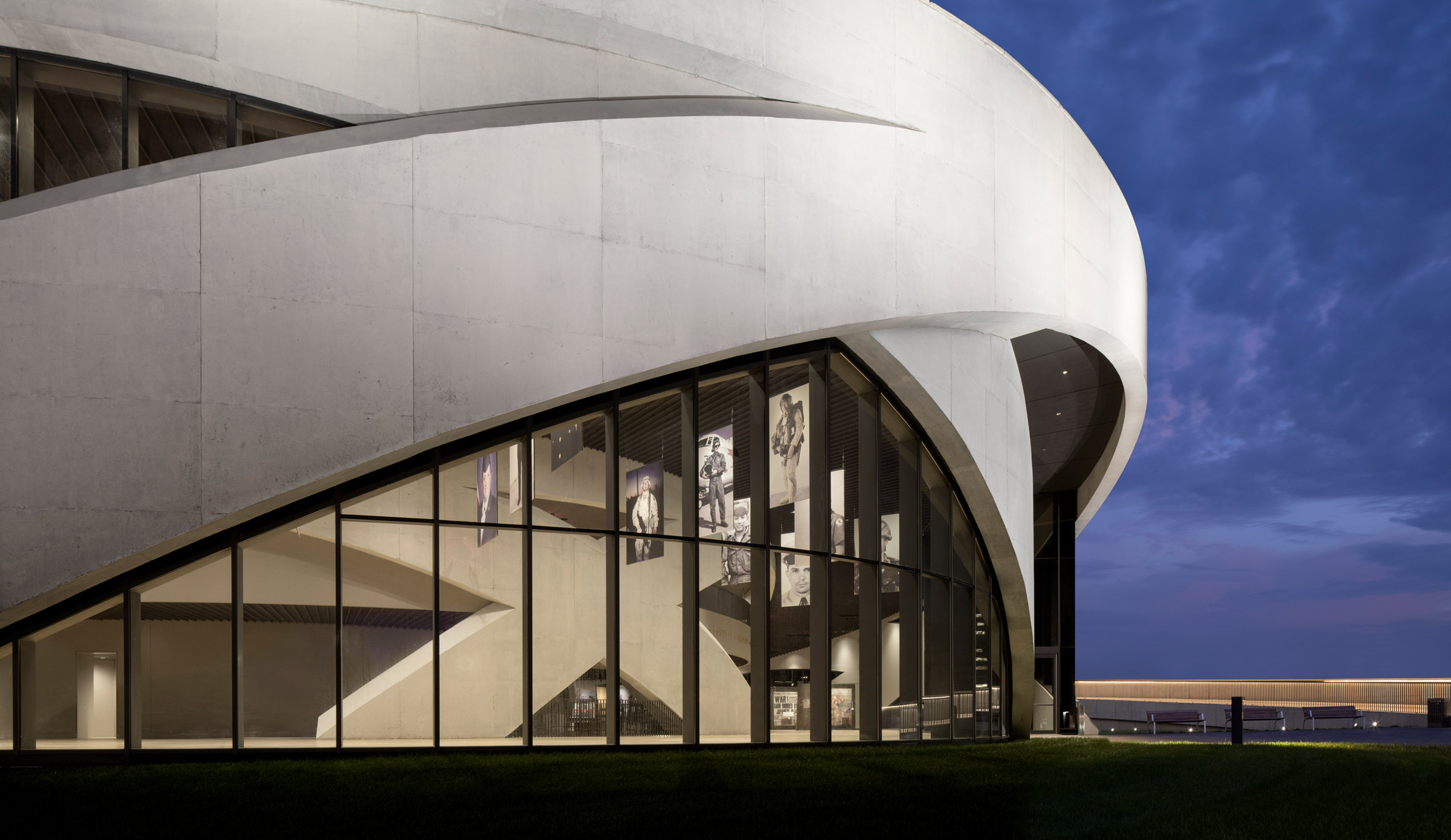 While there are numerous sites in the US that commemorate specific military events and military branches, this is the first national institution dedicated to honouring US veterans, according to the team. The building was the vision of John Glenn, a military hero, astronaut and politician who died in 2016. Allied Works won the commission through a competition in 2013.

Another project by the firm is a massive music centre in Calgary that consists of towering volumes clad in bronze-hued tiles.

Photography is by Jeremy Bittermann.